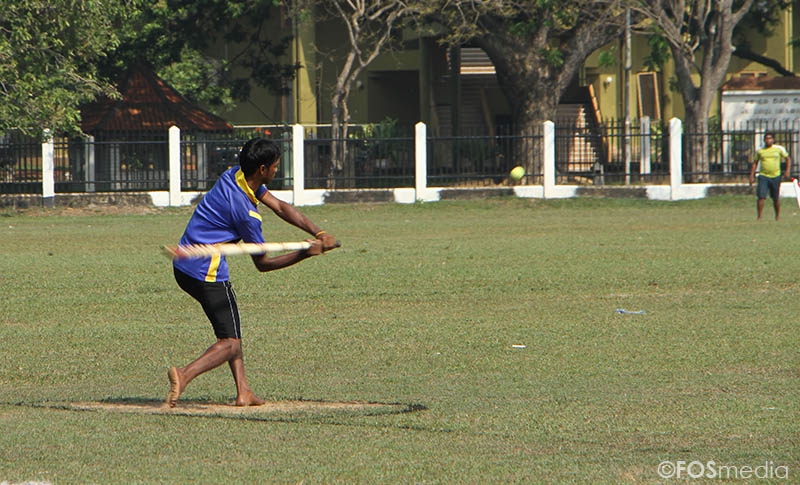 Science faculty inter-batch elle tournament was held last Monday(25th march 2014).It was one of the most breath taking sport battle.
At the beginning former uoc elle captain Namesh, vice captain Chathuranga and the former team member chanka addressed all the team members and explained how the tournament will go on. And those three also played the roles of referees.

Then the 1st match started. it was held between 1st years and 2nd years. 1st year captain won the toss and elected to field 1st. So the 2nd years got the opportunity to bat first. They scored 4 runs in their 30 balls. Then first years started to bat and until last 5 balls their score was 3. In the last 5 balls the match turned into a one hell of a battle when first years score another point. It was a huge pressure to the 2nd years. After 2 balls first years hit the winning run and changed the history.

After few minutes the second match started between second year and third year. 3rd years scored 8 runs and 2nd years were not able to score more than 5 and the game ended before 30 balls, it was an easy victory for 3rd years.

Then it all came down to the final battle between 1st year and 3rd year. 1st year captain won the toss and elected to field again. So the 3rd year captain (The current university elle team captain chandana mayura) got his chance to bat first. Within 40 balls 3rd year players gave a huge target of 15 runs to the 1st years. Unlike the first game, 1st year players did not get a chance to score more than 4 runs. So at the end of the day the 3rd year batch of science faculty stood victoriously. Finally the university captain Chandana Mayura addressed the runners up and congratulate them for making it to the finals.