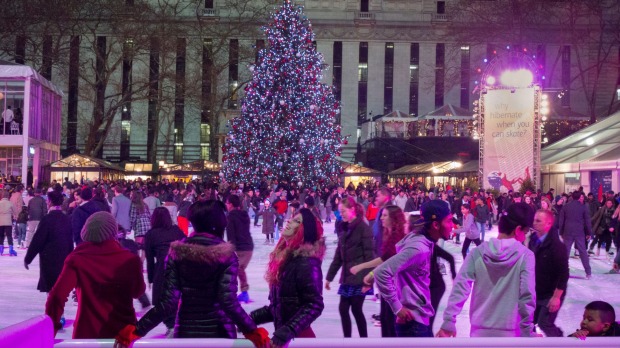 What is the worst ever thing that could happen to someone on Christmas eve itself?

Dave was lost in his thoughts, yet again, while sipping the nastiest last bit of the final beer-can for the day. Fancy how he still had the nerves to cram over something useless while his life was already in the worst possible state. Nevertheless, he wondered and wondered imagining over several scenarios in his head.

Is it getting robbed and losing all the money? He couldn’t really feel any emotion from it, probably because he never had been robbed. Is it getting dumped by the girlfriend just before Christmas? Nah, it wouldn’t hurt him that much as he had gone through it already. He has gone through enough relationships to realize that dating, maybe isn’t his thing. Maybe, after all, it’s being alone on Christmas eve, having no one to celebrate it with is the worst thing ever. Maybe it is the loneliness itself. He sighed getting up from the grey couch to limp to the messy kitchen-let towards the fridge.

When exactly was the last time he cleaned the house? He had no idea. He worked hard the whole year, yearning and waiting for the year-end, now that the holidays are here, he was left alone to ponder, what exactly he waited for. Was it for the freedom from all the work, or was it for the festivity that comes once a year? What is the point of even having Christmas in the first place if he did not have anyone to celebrate it with? The last time he had a girlfriend was exactly a year ago. She ended it right on Christmas because he was ‘too immature’. He had no idea what Aimee meant by that, but 6 months later, he got invited to Aimee’s wedding with some big shot from the corporate world. He was still not over Aimee at the time and getting invited to Aimee’s wedding was quite the blow to him. It was like Aimee’s way of saying ‘See Dave, it was your fault that it never worked, you’re a freak!’. Now that he thinks of it again, it’s good that Aimee dumped him. No woman deserves a failure like him.

The refrigerator was empty, now that all the beer cans were gone. Dave was not surprised to learn that he had not cooked or dined at his flat for months. When Aimee was there, the flat used to be a bit more ventilated and a lot cleaner. He called it ‘home’ back then. Ever since she was gone, Dave started to work extra hours, dine outside, and come to the flat only to shower and sleep. Aimee would be devastated if she saw the current state of the big, framed picture of them that hung on the dull wall of his bedroom. It was already weird that he still has it, but he did not have time or energy to get rid of the evidence that he and Aimee existed. He should get rid of the photo. Taking a mental note, Dave limped back to the couch.

He picked up the phone from his bag-pack that lied next to him on the old, grey couch. There were 3 new messages from his colleague, Eric.

The first two messages were each attached with a selfie with his family.

It did the exact opposite of making it better for Dave. Who in the right mind would show off his family to a family-less lonely guy on the most family-holiday ever?

Sighing again, Dave grabbed the black overcoat and the thick, grey scarf that was sandwiched between the bag-pack and the couch. It was hard for him to limp too long, but he decided, that it’s best to take a walk at 8 PM in the cold New York streets. Anything would do than the old, grey flat which was no home to him anymore.

Staring at the bright neon signs and brightest ever Christmas decorations that truly looked like another dimension from his flat, he walked ignoring the burning pain that was radiating back and forth in his left leg. It hasn’t started to snow as of yet, and the scarf and the coat were just enough to keep him warm against the chill night air. The city has had completely transformed, with bright lights, large Christmas trees decorated from top to the bottom, the never-ending Merry Christmas signs, and people wearing the brightest shades of festivity. The transformation might have taken place a few days ago, but Dave didn’t really have the time to feel and examine the festivity.

Without a clear destination in mind, Dave just walked dragging along his left foot. Several people just moved fast pushing him, and he was left behind. It was the right timing to get injured just before the holidays!

Out of habit, he entered the familiar gift shop where he bought the white scarf for Aimee for the last Christmas. Taking some left-over coins out from the pocket of his coat, he walked towards the scarf section. Just like the last year, he picked out a snow-white scarf that looked warm enough and bright enough for a lady. It made no sense to him to buy a Christmas gift, yet he decided to just go along with it.

Dave sighed in relief as soon as he spotted a partial empty bench in the midst of the town square that was all dressed in the festivity of Christmas. It was as if Dave didn’t really belong there. Everyone else was smiling, accompanied by others. Solo wanderers were excitedly shopping to grab that last pack of sweets or that last gift they missed to buy the other day. And he was there on a grey bench, dressed in all black and grey, like some grim reaper. He, in fact, didn’t belong in the bright background.

He had no idea where it went wrong in his life. He knew that it was partly his fault that the relationship with his parents went bad. But it wasn’t fair how he got treated. It has been around two years since he last spoke to his mother. He changed his phone number right after the last conversation he had with dad. Dave admitted to himself, that he in fact missed his mother today. He took his mobile out just to glance at his mother’s contact. He sometimes wonders whether they miss him. Being unhappy and being almost 30 years old does not give him anything to celebrate on Christmas eve.

He was distracted by the commotion that was happening in the very center of the town square. It was a group of carol singers accompanied by some ladies in bright red and white Santa cloaks and Santa hats. The ladies were handing out some stuff while the carol group was singing in unison. They were quite good. He had no idea from where this group suddenly invaded the town-square which was full of crowds and noise only a while ago. People started gathering around and Dave could tell that the singers were professional.

Again, distracting Dave from the carols, it was a Santa lady. Her nose was red, and her cheeks were burning, Dave could tell. Although there was fur around the collar of her coat, she seemed exhausted and extremely vulnerable to the cold. Dave wished there was a scarf around her neck. Now that she’s approaching him, Dave could tell clearly that the Santa ladies were handing out packets of tissues.

The lady who now had a name, ‘Denise’ from the tag she wore in the Santa cloak, smiled exhaustedly, nevertheless folding her eyes into a pair of crescents.

“Please visit us with your family, there are a bunch of good deals and discounts. Visit us before the new year”

Denise handed Dave the packet of tissues she held in her right hand. Just after that, she bent over to pick out another packet from the huge bag she earlier placed on the floor.

Dave had no idea what lead him to take out the white scarf he bought just a few minutes ago, and his next action made no sense to him even after years.

“Thank you! You may have this”

He could read the pure astonishment in Denise’s exhausted, but glowing ocean blue eyes. He could not quite decipher the next emotion that was displayed in Denise’s face.

Denise finally smiled again accepting the scarf, but this time, Dave could tell that the smile was genuine. Dave could see her facial muscles relaxing a little as she wrapped the scarf around her neck, rather quickly.

Just after Denise left, Dave had a glance at the packet. The Santa ladies are apparently from the Asian restaurant that opened not long ago.

Smiling to himself, Dave took his phone out and unlocked it. His mother’s contact was still on the screen and he did not quite think twice before tapping on the call icon.

Dave could hear her voice dissolving into a soft cry.

Now that Dave is seated at a rich Christmas dinner table, in the brightest clothes, inside the best version of his flat, which now he calls home, with Denise next to him and his parents across them, all wearing happy smiles, it all makes sense to him. Five years ago, he would never have imagined just how much his life could change just because he decided to take that night walk. Although he does not quite believe in miracles, he still calls it his Christmas miracle.