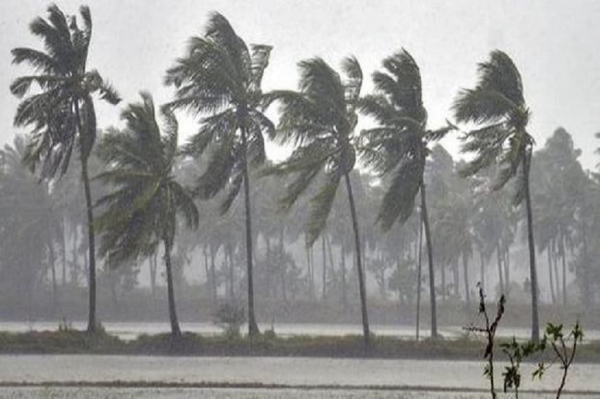 Cyclone is a common word we hear these days due to this Super Cyclonic Storm “Amphan”, which has caused huge damage to India, Bangladesh, and has brought heavy rains and floods to most parts of Sri Lanka. There is a lot of discussion going on about this cyclone, but have you ever wondered what a cyclone is and how it forms?

The generic/standard term for this phenomenon is “tropical cyclone” while there are some other names that define this same situation such as hurricane and typhoon and these synonyms are related to the region of the ocean where the cyclone originates. A tropical cyclone is a phenomenon that forms as a result of a low-pressure system that develops over tropical or subtropical ocean waters with organized convection. Also, tropical cyclones are a type of natural hazard that is totally ocean-originated.

When there is warm and moist air over the surface of the ocean, it rises upward as parcels due to convection. This is a normal phenomenon. But in some special situations, these parcels of warm and moist air get together, make clusters, and rise upwards. Due to the loss of a considerable amount of air near the ocean surface, a low-pressure system or a gap is created and more air from surrounding comes in to fill this gap. Newly arrived air also becomes warm and moist due to the heat emitted from ocean water (ocean water temperature should be near 270 C.) and rises upward. Again, new air arrives to fill the gap and this continues as a cycle and acts as a self- sustaining engine that uses warm and moist air as fuel.

This is the way when a cyclone makes the landfall (travel overland), its power is reduced. When it reaches land, it no more receives warm and moist air from the ocean waters which fuels the cyclone. However, before decaying on the land, it causes heavy rains and strong winds which are very destructive. Warmed, moist air that rises above becomes cool by releasing the heat energy and gets converted into clouds. Finally, a continuous column of rising air with clouds is formed and the Coriolis effect of the earth helps to spin the whole column of air.

Earth rotates from west to east and therefore if observed from the North Pole, the earth rotates counterclockwise whereas it rotates clockwise if observed from the South Pole. Also, at different latitudes, the earth has different linear speeds that the highest speed is at the equator while the lowest is at the poles. Coriolis Effect explains that if something travels from the equator or towards the equator, it gets deflected from its intended path due to the earth’s continuous rotation and the different linear speeds. Objects traveling from the equator head faster to the east as the speed at the equator is higher than at the upper or lower latitudes. Objects traveling towards the equator travel slower than the ground and they seem to be headed to the west compared to their intended location. In the Northern hemisphere, objects get deflected to the right while in the southern hemisphere, objects are deflected to the left. This is better explained in Figure 02.

The spiraling wind column rotates inwards and moves upwards. The dense towering cloud formed as a result of this strong rising of air is called a cumulonimbus cloud. At about six miles up in the atmosphere, the cloud tops are carried outwards forming a thick layer of clouds or a canopy which is visible from above and in the center of the cyclone, cold air which has released its heat is subsidizing forming a dry and a cloud-free area. This is called the eye of the cyclone which is often peaceful and cloud-free. The surrounding area of the eye is the eyewall which has the strongest winds and rains.

To measure, quantify the power or the level of damage that can be caused by a cyclone, Saffir- Simpson hurricane scale is used. The power of a cyclone increases from category 1 to 5 so that the 5th category is the most powerful and catastrophic. The cyclonic winds at its very early and weak stages are called a tropical depression and when it reaches 39 mph, it is known as a tropical storm. Finally, when its speed is over 74 mph, it is officially named as a cyclone.

Also, have you been wondering how these cyclones get their names? In the past, during World War II, the military officers used to name the cyclones after their wives for fun, apparently. However, now, the meteorological departments of the countries provide a list of names comprising of both male and female names for cyclones to the cyclone warning center of their regions.

There are several such warning centers and Sri Lanka belongs to North Indian center known as RSMC (Regional Specialized Meteorological Centre). When a cyclone originates in a particular region of the world, it will receive a name provided by a country of that relevant region. For instance, “Amphan” was a name given by Thailand which also belongs to the RSMC region. The lists are rotated every six years but if a cyclone becomes too prominent like the cyclone Katrina, it is removed from the list. Also, it is merely a coincidence that most of the famous cyclones during the recent past had female names!

When considered the cyclone Amphan, the low-pressure system was developed on May 13th, 2020 around Southeastern Bay of Bengal. By the 16th of May, it developed into depression and a few hours later into a cyclone, and then it was named Amphan. The satellite images taken on 18th May showed the formation of the eye and the eyewall of the cyclone where the cyclone has reached the category-5 in the Saffir-Simpson scale. At about 5.30 p.m. on the same day, this cyclone made the landfall from Bakkhali of West Bengal with a wind speed of 100 mph. At least 77 people were killed in the state due to damages that occurred as a result of heavy rains and strong winds. The cyclone, which weakened into a depression on 22nd May, was further reduced to a well-marked low-pressure area over North Bangladesh and the neighboring area. In Sri Lanka, there were some effects due to Amphan that it caused heavy floods and strong winds in areas like Ratnapura and Kalutara and over 500 houses were damaged with more than four human deaths.

It is obvious that tropical cyclones can be extremely disastrous but there is no much to worry about if you are prepared. Preparedness is of prime importance in a natural hazard. During a cyclone, if you are at your home, unplug all the electrical appliances, disconnect electricity and stay inside the house. It is really important to be updated about the warnings and alerts about floods and strong winds released from the relevant authorities from time to time. If an evacuation is announced, act immediately and move to a safer place.

It is true that tropical cyclones can bring extreme damage to people, property, and the environment, but it is totally a natural phenomenon that occurs according to the rules of nature. We, the Homo sapiens, should be wise enough to face this challenge properly and carefully because these natural hazards are often the tests conducted by nature to check our patience and intelligence.