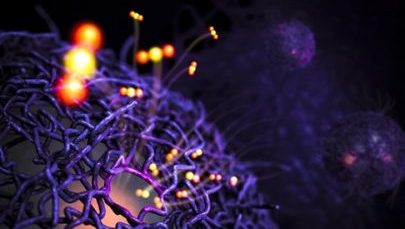 Chemists can create new molecules by linking together small chemical building blocks but controlling invisible substances so that they bond in the desired manner is much difficult. The Nobel Prize in Chemistry for 2021 was awarded jointly to German scientist Benjamin List of the Max Plank Institute and Scottish born scientist David W.C. MacMillan of Princeton University for the development of asymmetric organocatalysis. It’s an ingenious tool for building molecules. Building molecules is a difficult art. The duo, in 2000, developed this precise new tool for molecular construction. This novel technique is an efficient, precise, cheap, fast, and environmentally friendly way to develop new molecules. This has had a great impact on pharmaceutical research and has made chemistry greener.

Independently of each other, Benjamin List and MacMillan discovered this entirely new concept of catalysis. Development in this area can almost be linked to a golden rush, in which this duo, MacMillan and List, maintain leading positions. They have designed multitudes of cheap and stable organocatalysts which can drive a huge variety of chemical reactions.

“This concept for catalysis is simple as it is genius, and the fact is that many people have wondered why we didn’t think of it earlier.” This was stated by Johan Aquist, who is the chair of the Nobel Committee for chemistry.

Path to the Discovery 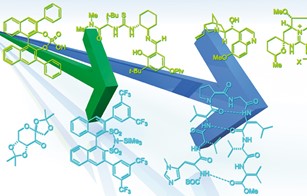 Many research areas and industries are dependent on chemists’ abilities to construct molecules that lead to the formation of elastic and durable materials, to store energy in batteries or to inhibit the progression of diseases. These all chemical reactions require catalysts, which are substances that control and accelerate chemical reactions, without becoming part of the final product.

As we all know, those catalysts in cars transform toxic substances in exhaust fumes into harmless molecules. Our bodies also contain thousands of catalysts in the form of enzymes which involve in the metabolism of life.

Catalysts are the fundamental tools for chemists, but researchers long believed that there were just only two types of catalysts available in principle as metals and enzymes. Benjamin List and David Macmillan are awarded the Nobel in Chemistry this year because, in 2000, they independently developed a third party of catalysis. It is called asymmetric organocatalysis and builds upon small organic molecules.

What More About Asymmetrical Organocatalysis?

In Organic Chemistry, organocatalysis is a form of catalysis in which the rate of a chemical reaction is increased by an organic catalyst. An organic catalyst has a stable framework of carbon atoms, to which more active chemical groups can be attached. These often contain common elements such as oxygen, nitrogen, sulphur and phosphorous. This means that these catalysts are environmentally friendly and cheap to produce.

Currently, asymmetric organic catalysis is recognized as an independent synthetic tool besides asymmetric metallic catalysis and enzymatic catalysis for the synthesis of chiral organic molecules. Multiple advantages compared with the other two catalytic domains are the reasons for the rapid growth and acceptance of organocatalysis. In general, organocatalysts are air and moisture stable, and inter-equipment such as vacuum lines or glove boxes are not necessary. And they are easy to handle even on large scale and relatively less toxic than other transition metals. Moreover, as the reactions are conducted under mild conditions and high concentrations, this avoids the usage of large amounts of solvents and minimize wastage.

The rapid expansion in the use of organic catalysts is primarily due to their ability to drive asymmetric catalysis. When molecules are being built, situations often occur where two different molecules can form, which is similar to the fact that our hands are each other’s mirror image. Chemists will often only want one of these, particularly when producing pharmaceuticals.

Significance in the World of Science

The field of asymmetric organocatalysis has enjoyed phenomenal growth in the past 15 years, and during the golden age of organocatalysis, many researchers from academia and the chemical industry were involved in this field, with most efforts focused on the development of novel organocatalysts, new reactivities and asymmetric methodologies. The efficacy and synthetic versatility of asymmetric organocatalysis have contributed enormously to the field of organic synthesis since the early 2000s. As asymmetric organocatalytic methods mature, they have extended beyond and scaled up the chiral drugs, natural products, and bioactive molecules. Despite their great development, the application of organocatalytic methodologies to the synthesis of active compounds in medicinal chemistry has been reported. This review provides a comprehensive overview of asymmetrical organocatalysis in medical chemistry. These applications can be described with the focus on the preparation of antiviral, anticancer, neuroprotective, cardiovascular, antibacterial and antiparasitic agents, as well as miscellaneous bioactive agents.

The duo Benjamin List and David Macmillan remain as the leaders of the field and have proved that organic catalysts can be used to drive multitudes of chemical reactions. Using these reactions researchers can now construct anything from new pharmaceuticals to molecules that can capture light in solar cells, more efficiently. In this way, organocatalysts are bringing the greatest benefit to humankind. Each new tool that chemists have added to their toolbox has increased the precision of their molecular constructions. Slowly but surely, chemistry has progressed from chiselling in stone to something more like fine craftsmanship. These rewarded ingenious tools are a great benefit to humanity.