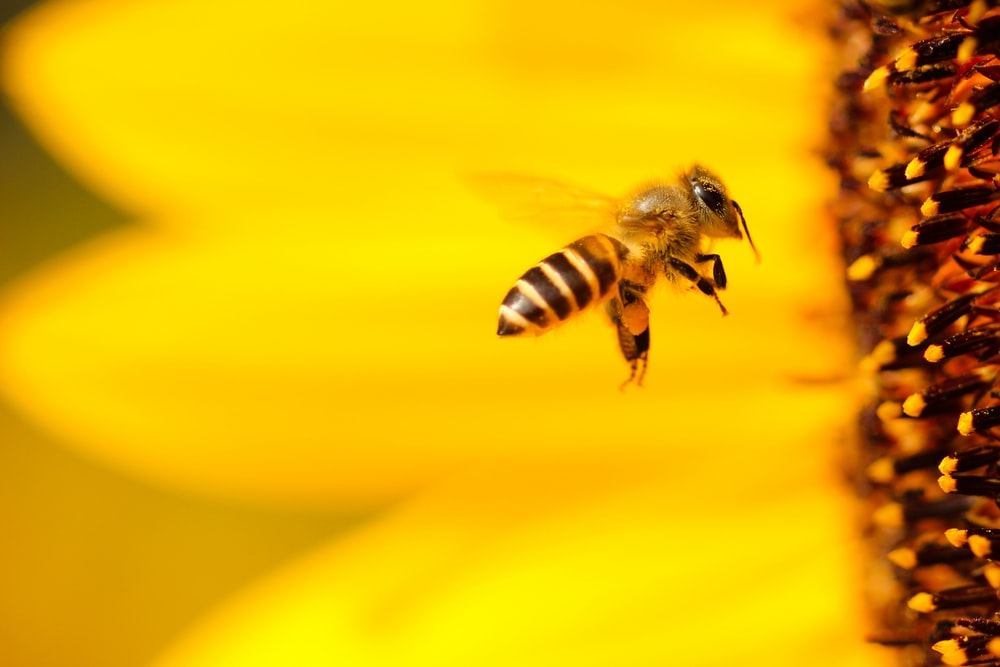 The honey bee that returns to the colony after locating a food source, performs a dance which gives information about the odor, quality, direction and the distance to it. This allows the rest of the bees in the nest to exploit it.

The importance of bees in supporting biodiversity is far beyond their role as pollinators of flowers. A good flower patch is a good day for a bee. Bee communication becomes crucial when telling other bees where to find the best flowers. This information is conveyed to the nest-mates by two different kinds of dances.

The Round dance of the honey bee is rather different from the waggle dance. The bee performs the round dance by walking in a circle, turning back and walking in the same circle back. This indicates that the flower patch is very close to the hive. Round dance is used for food sources less than 100m away from the hive.

It is believed that the new-found nectar is distributed by the scout bee to its mates before and after the dance. This is done by regurgitating a collected test sample of nectar stored in its honey stomach. The Round dance does not give directions to the flower patch. Therefore, the odor of the flowers left by the scent gland of the scout bee is a guide for the rest. 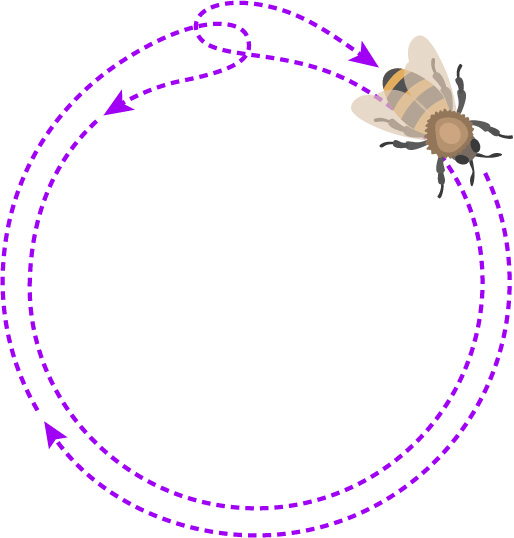 A Honey bee looks for two main resources in a flower. They are Nectar and Pollen. Some plants produce nectar to attract honey bees. Bees collect nectar in order to make honey. Anthers produce pollen which are of powdery nature. Bees transfer pollen from male flowers to female flowers in the process of collecting nectar. As humans remember which restaurant is best to dine in, bees remember which flower species is the most rewarding. This will change according to the period where flowers produce nectar.

Honey bees as many other insects see through compound eyes containing thousands of individual simple eyes which are called as ommatidia. These can grasp more images than humans while moving.  Honey bees also have Ultraviolet vision. The dark red area of the flower as seen from the bee eye is an indication where nectar is stored. Bees cannot see red colour which they see to be more of a blue shade.

The relationship between the detection of weak aerial electrostatic fields and pollination by bees is fascinating.  As the electric field built between a positively charged cloud and negatively charged earth, the bee and the flower too has a certain correlation. 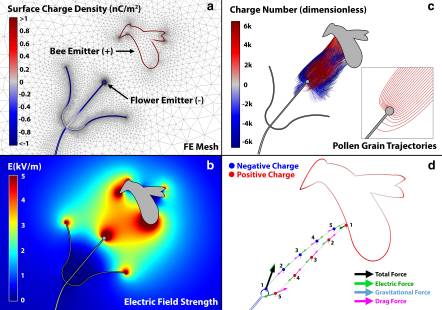 Diagram d shows a close-up clear visualization of two pollen grains going in opposite directions. The blue negatively charged pollen grain goes from bee to flower whereas the red from flower to the bee. The green, cyan and magenta arrows shows the electric force, gravitational force and the drag force respectively. The black arrow shows the direction of the resultant force.

A World without Bees

The co-evolutionary history of honey bees and flowering plants is truly remarkable. The social behavior in bees play an important role in their life as well as that of Earth. If the bees disappeared from the Earth the reproduction of plants will fall off. Hence bees are the main source of income for most farmers. Their loss will affect us directly which would be chaotic. Bees play a vital role in our ecosystem. Lack of pollination will result in eroding green cover of Earth. This will degrade the quality of soil, water and the beauty of nature.

Bees are responsible for pollination of plants like cotton, where without it we won’t be wearing these comfortable clothes. “If the bee disappeared off the surface of the globe then man would only have four more years of life left”.  As humans we should have care and respect to these small creatures. Every little thing wants love.