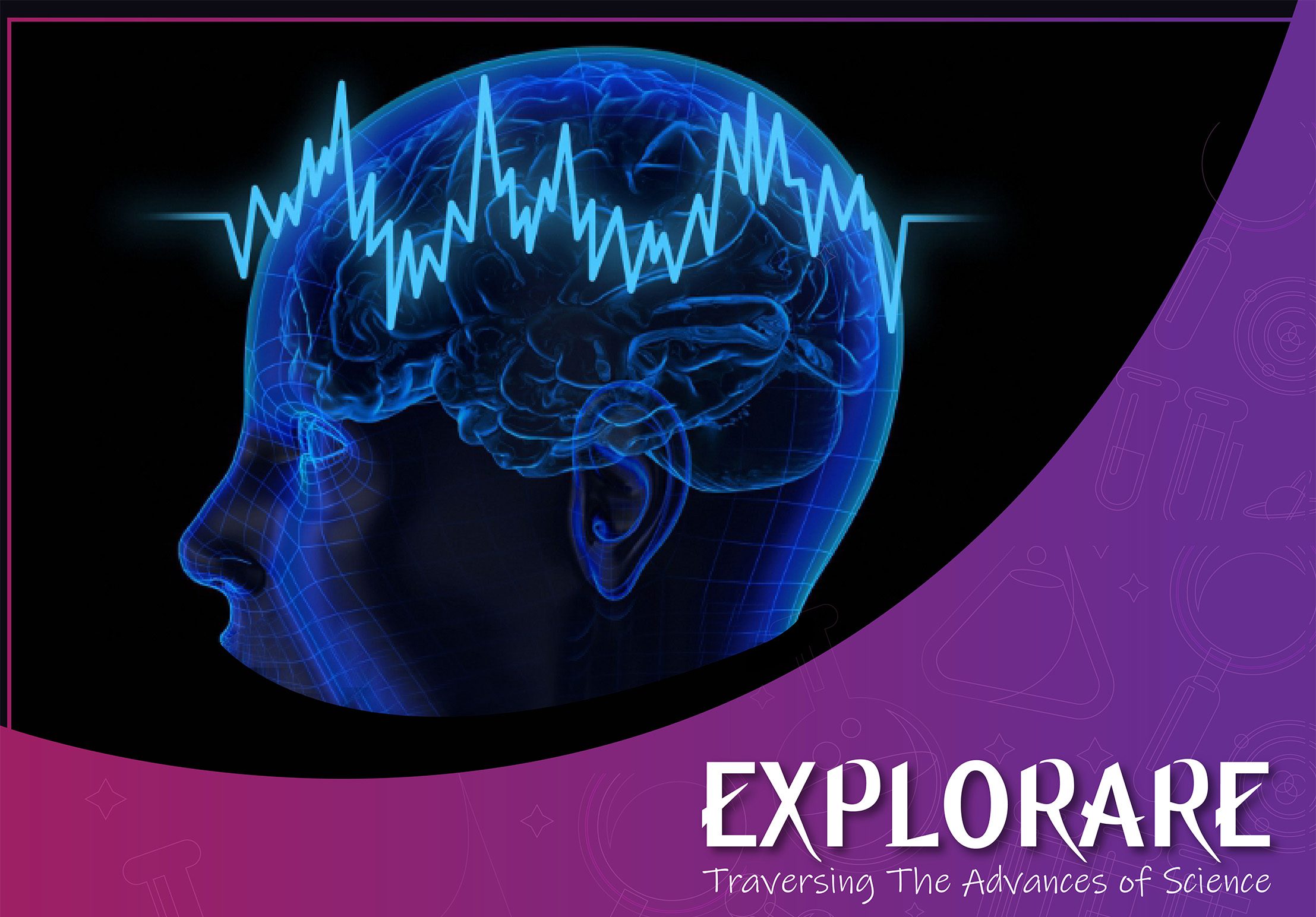 As the trembling walls of the hallway cave in, the floor beneath you dances and shakes. The sounds sound different, and the outlines of people and objects dissolve, as you are trapped inside a whorl pool spinning inwards from both ends. Everything close seems as if they are out of reach, and as the past, present, and the future merge into a single force, you lose control of the one thing that you are familiar with: yourself.

What is a panic attack? 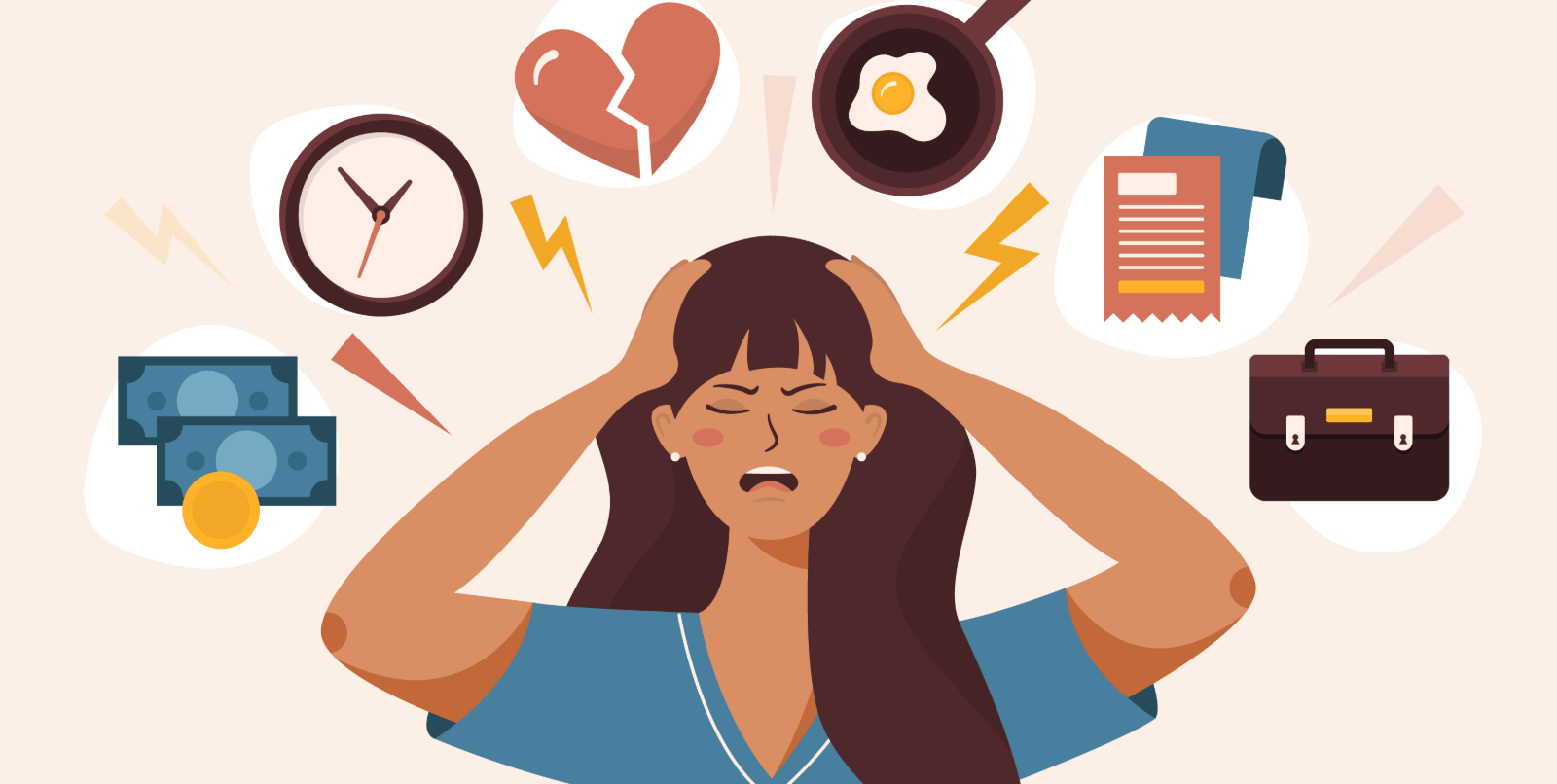 Some people describe it as an out-of-the-body experience, while some even end up in hospitals believing to be having a heart attack, a stroke, suffocation, or other life-threatening crisis.
Panic attacks are manifestations of the brain and the body being out of sync with each other. They are triggered by something that causes your heart rate to escalate, which could be an external stimulus such as a sudden sound, a scent that you associate with a traumatic event, or even something innocuous as a jolt of caffeine.

The science behind a panic attack

A panic attack is an overreaction to the body’s normal physiological response to the perception of danger. This particular response starts with the ‘Amygdala’; a pair of almond-sized nerve bundles in the brain, primarily associated with emotional processes, such as dealing with fear. 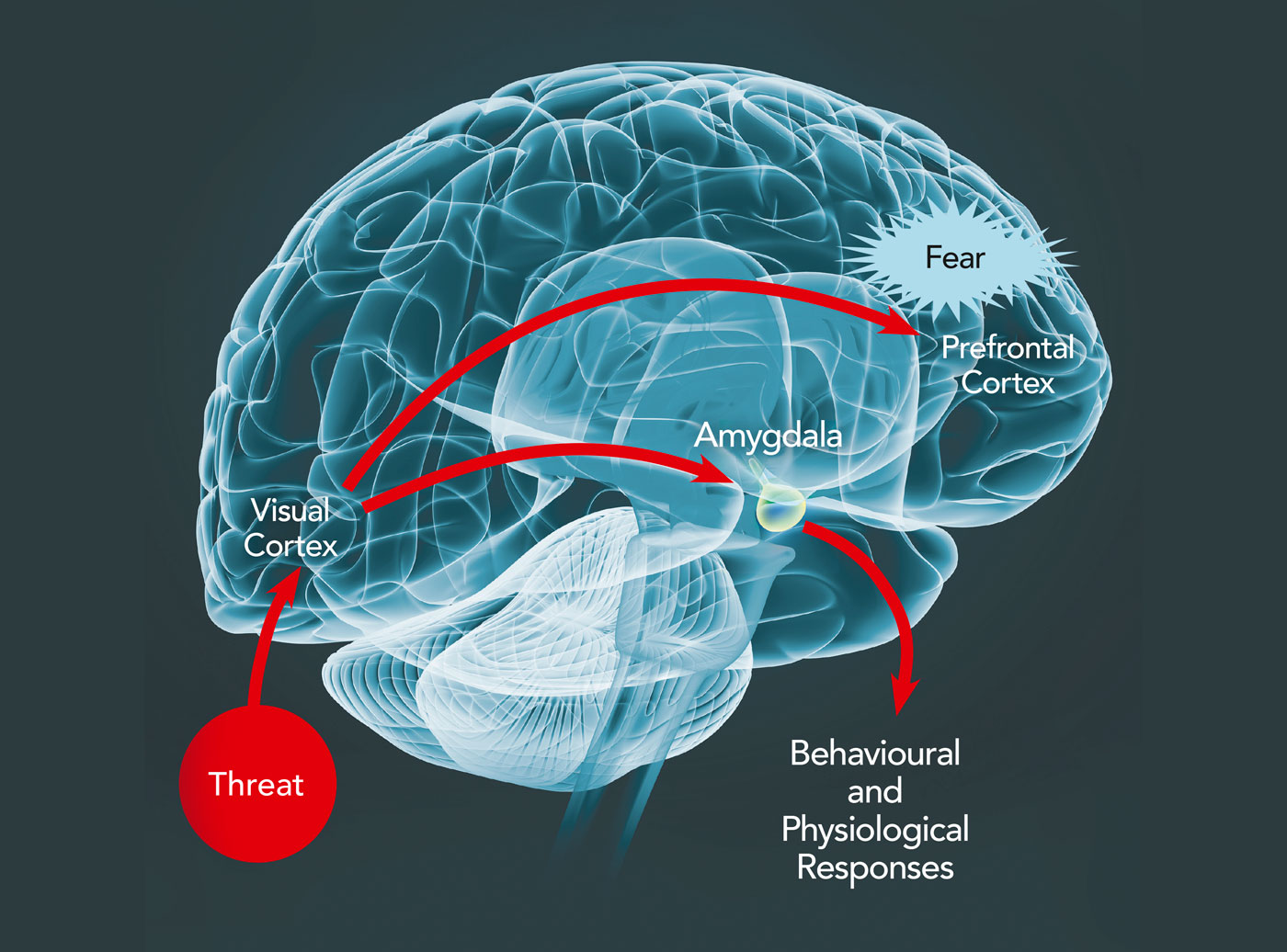 Adrenaline, just like a hyped-up gym instructor, prompts an increase in the heart and breathing rate to get the oxygen-rich blood pumping to the muscles of arms and legs, preparing the warrior soldier you are, to fight off the danger. Blood is diverted from non-essential regions of the body like the stomach, fingers, and toes, to more essential regions. Pupils get dilated and the mind becomes less focused and foggy. This also sends oxygen to the brain, making it more alert and responsive.
However, this change in blood flow causes light-headedness and numbness in the hands and feet.

The response to this stimulus is exaggerated during a panic attack, past what would usually be useful during actual danger, resulting in a race in heart rate, heavy breathing, and hyperventilation. A panic attack usually peaks within 10 to 15 minutes and afterward, the amygdala passes the baton onto the prefrontal cortex, stimulating the parasympathetic nervous system.

This in turn triggers the release of acetylcholine, which is the chief neurotransmitter of the parasympathetic nervous system. This decreases the heart rate and gradually winds down the panic attack. 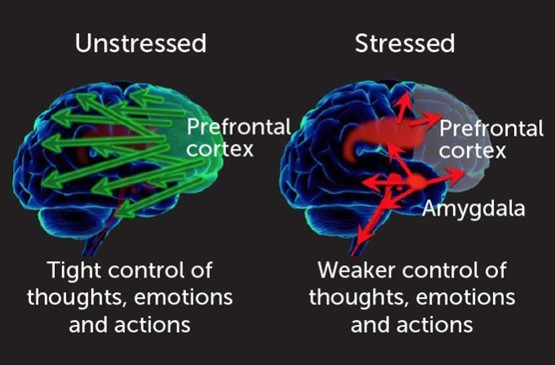 The exact reason why a panic attack occurs is still one of the head-scratching mysteries in biology and life, but sometimes certain cues in our external environment that acts as small reminders of past trauma can trigger these attacks. 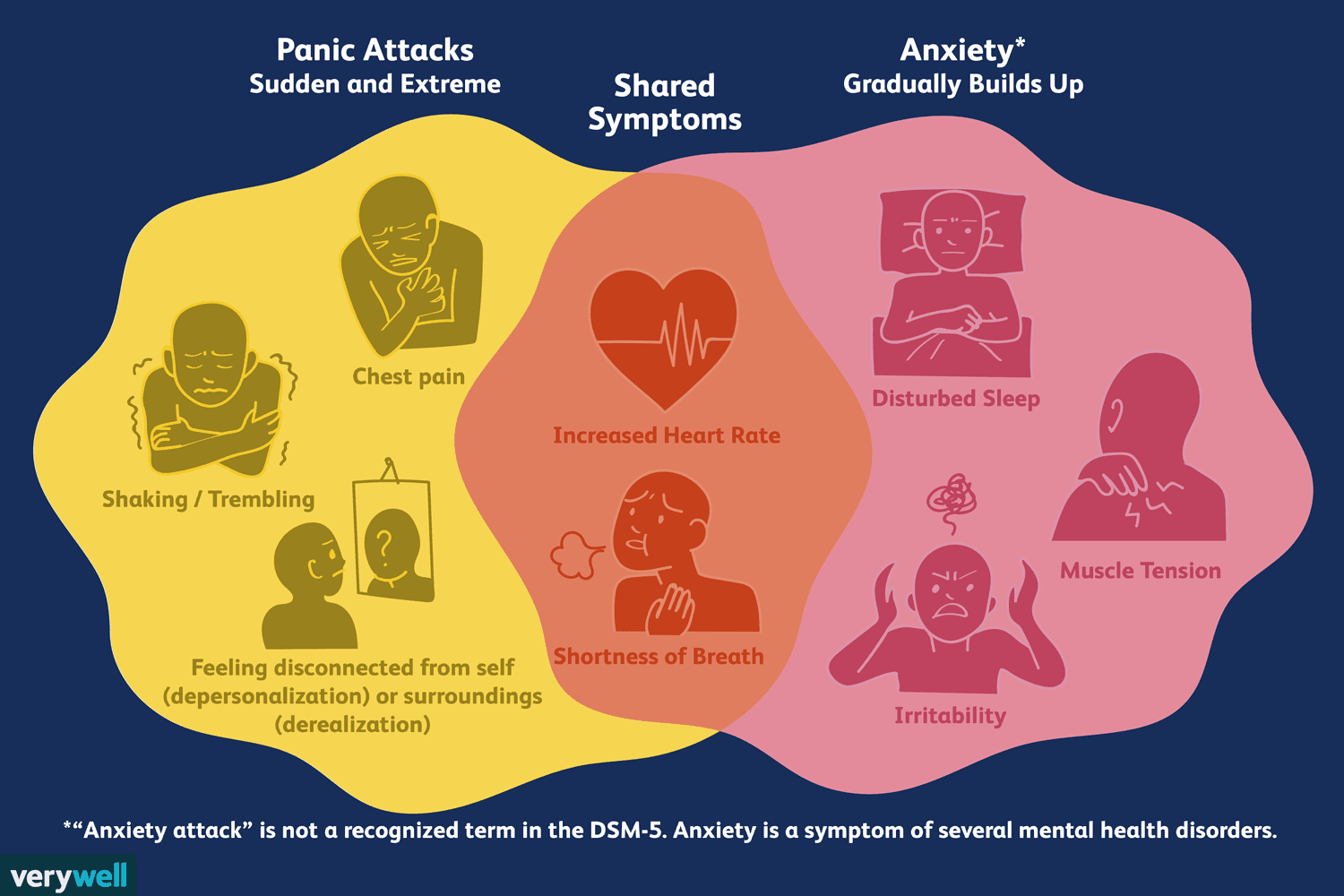 What is a panic disorder? 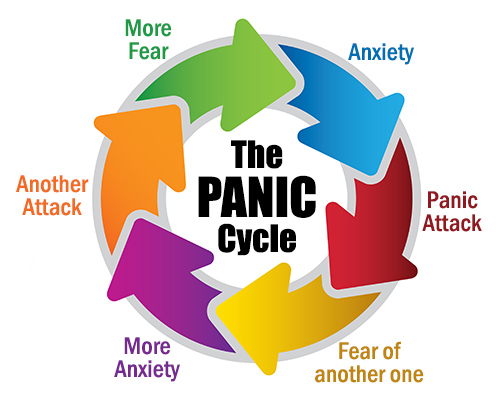 What is it like to experience a panic disorder? Can you relate?

Sudden and repeated attacks of overwhelming anxiety and fear rush through you. You feel as if you are losing control over yourself, as the fear of death impends upon you. An intense worry as to when you will be a victim of the tyranny of this devil again, as you avoid the places and people where previous panic attacks were triggered. Physical symptoms such as a drubbing heartbeat, uncontrollable sweating, tingling, and trembling limbs, nausea, and dizziness may be experienced.

Fear does make an appearance in so many costumes in this stage of life, but once you reveal the reality behind those curtains, it’s not so scary as you believe it to be.

Is there a cure?

Both the above medication methods have about a 40% response rate, although someone who responds to one, may not necessarily respond to the other.

CBT trains your different ways of thinking, reacting, and behaving to feelings that are experienced during a panic attack. One needs to know what it is they are fighting, to fight it. So, CBT commences with an explanation of the physiological causes of a panic attack, along with consciously controlled breathing patterns.

The next step is cognitive restructuring, which involves identifying and rewiring the thoughts that are common during attacks and replacing them with more accurate thoughts.

The next treatment stage is exposure to the bodily sensations and circumstances that typically trigger panic attacks. It is not an easy task to get used to these and apply them during an actual attack, but with frequent practice, these tools can both prevent and de-escalate panic attacks. 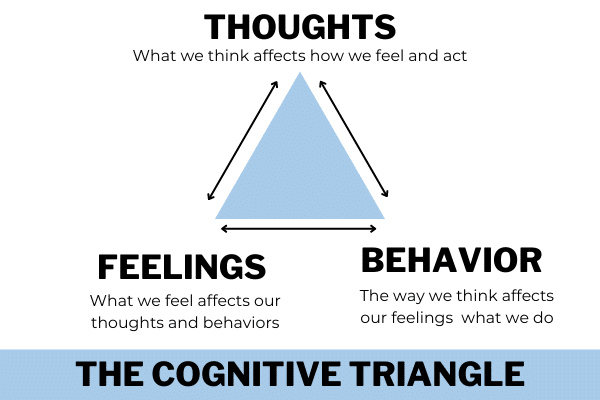 Recognizing an attack is the 1st step to cure. Once a person recognizes their experience as a panic attack and not a much more serious medical crisis, it is a matter of reminding themselves that it is harmless. Because sometimes, just knowing helps.
You can find a quiet place where you can take a breath and remind yourself that everything that your body is doing right now is to protect you. When you are doing this, you are engaging other regions of your brain like the frontal cortex; responsible for conscious thought, judgment, and solving problems. 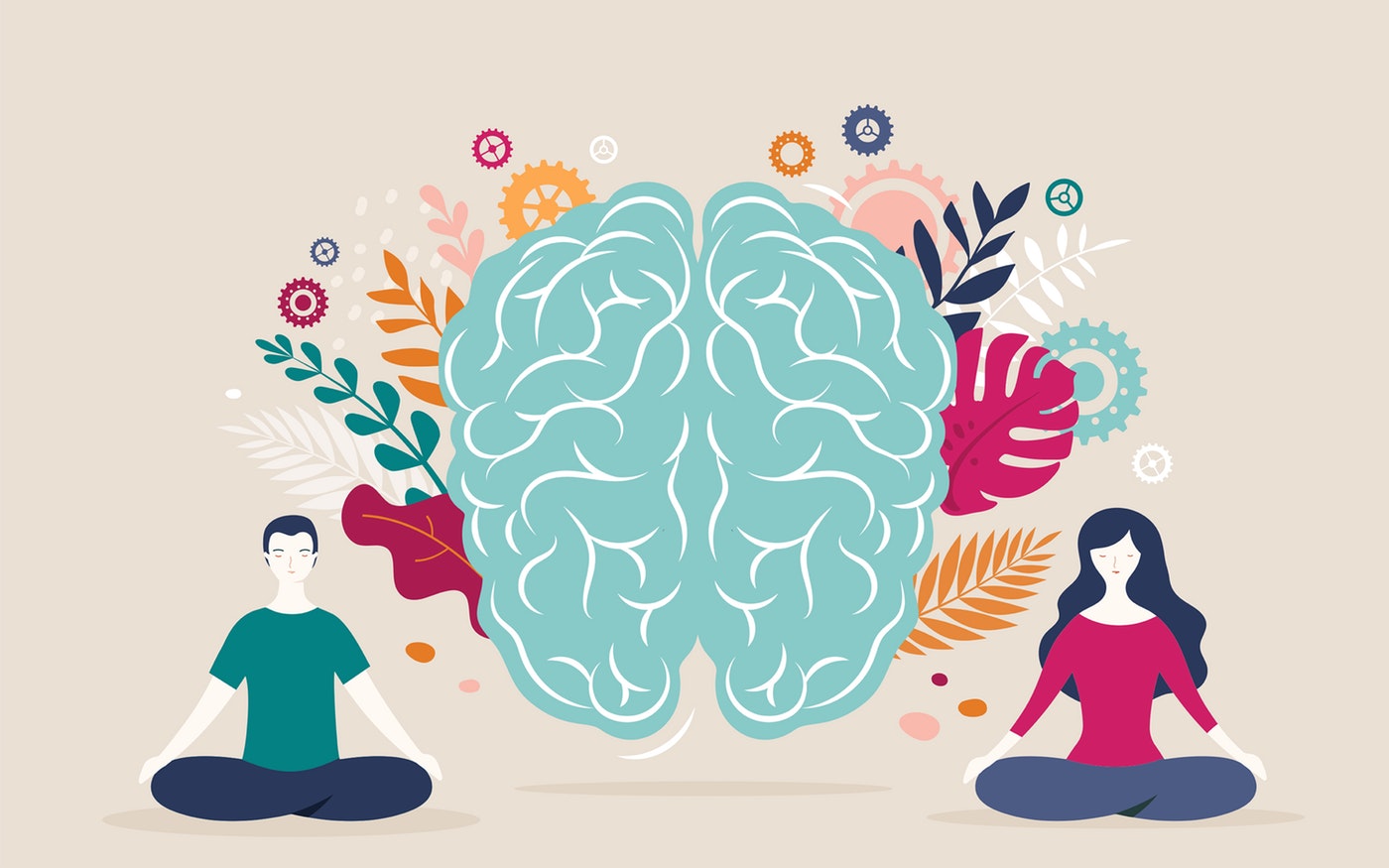 Slow down your breathing rate until it is between five to ten breaths per minute, with longer inhales and exhales. Deep breathing exercises like these trigger the longest nerve in the body: the vagus nerve. The vagus nerves run through regions including the digestive system and diaphragm and feed directly into the brainstem’s nucleus of the solitary tract.

The vagus nerve can be considered as a two-way street, where slow and controlled breaths, send influential signals to your brain that you are relaxed and there is absolutely nothing to be afraid of. This in turn stimulates certain regions of the heart muscle and helps to steady the pulse. These breathing methods can be practiced long-term, associated with mindful meditation.

Just as how our body responds to a bacterium or a virus, it can respond to fear in its unique way. Everything eventually passes with time, and so does fear. Panic attacks are nothing but our fears trying to tear us down, and everybody has their own scribble of nightmares, that one day they will be brave enough to face and eventually repaint as dreams that could be turned into reality.