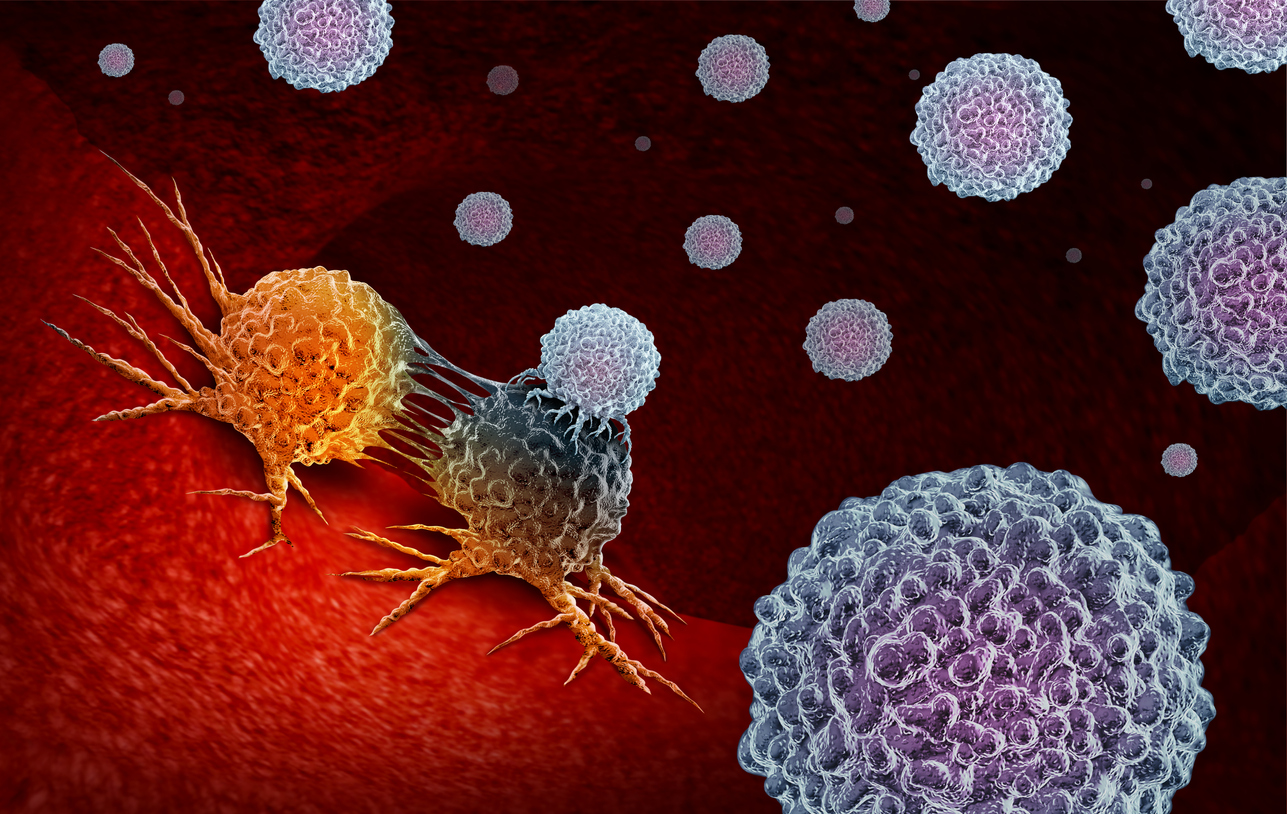 “The fact of cells identical with those of the cancer itself being seen in the blood may tend to throw some light upon the mode of origin of multiple tumors existing in the same person.”

In the simplest form, cancer can be defined as uncontrolled growth/ uncontrolled proliferation. The fundamentals of bioscience teach us that all cells arise from pre-existing cells through division. Cancer is a collection of diseases caused by the uncontrolled proliferation of abnormal cells in some parts of the body. It is also referred to as a tumor. In fact, tumors can be cancerous (malignant) or noncancerous (benign). Tumors can be traceable back to where they formed originally in the body. According to the clinical behavior of cancer, this helps to group tumors into two categories based on their degree of aggressive growth.

Benign tumors are masses of cells that are unable to invade neighboring tissues. The majority of tumors are benign and harmless to the host. Yet some benign tumors can cause clinical damages as they can release high levels of hormones creating a hormonal imbalance in the body. As an example, parathyroid adenoma (pre-malignant epithelial growth) is a benign tumor that grows in parathyroid glands. Parathyroid glands release parathyroid hormone (PTH) which controls the amount of calcium and phosphorous in the circulatory system. Parathyroid adenoma causes the release of excessive parathyroid hormone. This increases the level of calcium in circulation; hypercalcemia. Pituitary tumors or adenomas are also common and in over 99 percent of patients, it is benign. But this causes the release of excessive hormones leading to excessive growth of tissues in certain parts of the body. This condition is known as acromegaly. Some forms of benign tumors can degenerate into malignant tumors but it is relatively uncommon. 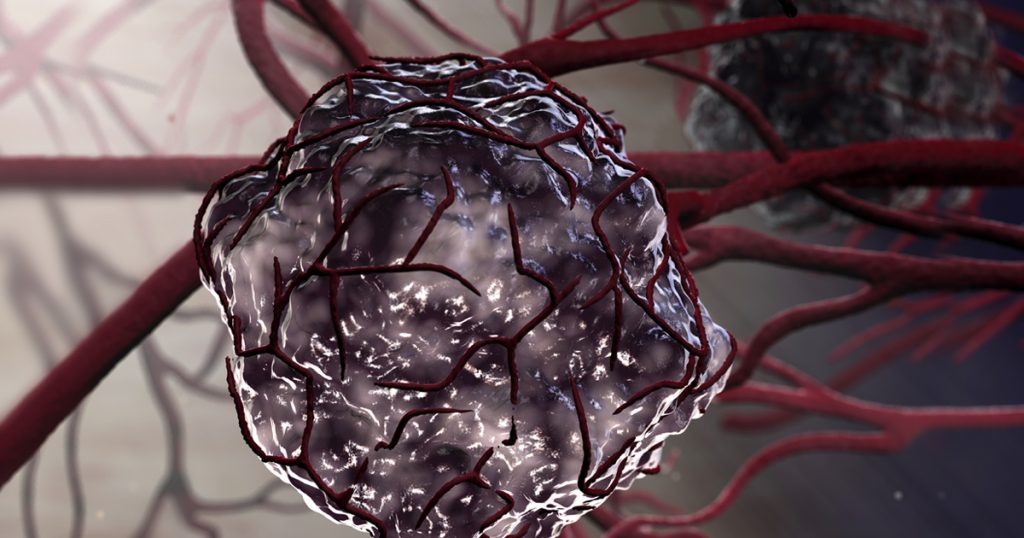 Malignant tumors can be locally invasive or metastatic. As the name implies, locally invasive tumors invade nearby tissues and organs creating malfunctions within them. Metastatic tumors are the tumors that spread malignant cells to distant tissues or organs in the host where more malignant cells can be formed. Here the original tumor is called the primary tumor and the new tumor formed distantly is called a secondary tumor.

Simply put, the spreading of malignant tumors from their primary site to a secondary site is known as metastasis.

The globally recognized standard, the TNM Staging System can be used to understand the spread of a malignant tumor in a host body.

Cancer staging is crucially essential to understand the nature of cancer and to plan treatments and clinical trials. Out of many staging systems, the TNM staging system is used for many types of cancer but different staging systems are used for brain and spinal cord tumors and blood cancers. This staging system is widely used in hospitals. It reveals the location of the tumor, cell types such as adenocarcinoma/ squamous cell carcinoma, size of the tumor, invasiveness to nearby lymph nodes or different parts of the body, tumor grade which measures the appearance of cells and the potential of those cells to grow and spread. In the TNM system, T stands for Tumor, N for Nodes, and M for Metastasis.

T refers to the size of the primary tumor. The stage of the tumor depends on its size. Larger the tumor, the worse the stage of the tumor. Tumors can be identified through physical examinations, imaging, scanning, etc. But for some cancers, physical examinations are pointless as approaching the primary tumor is impossible such as in stomach cancers. N refers to the involvement of lymph nodes in cancer. The lymphatic system consists of lymphatic vessels, which carry lymph from tissues throughout the body to lymph nodes. Lymph nodes filter lymph by taking away pathogens and waste acting as an immunological defensive mechanism. And then lymph is deposited into circulation. Lymph nodes are important here as cancer cells can remain when lymph is filtered. Thus, the involvement of lymph nodes in cancer is examined. M refers to the metastasis of cancer. In metastasis, cancer becomes more fatal and aggressive.

In the TNM staging system cancer of a patient is described as follows: T3N1M1. The following diagrams can be used to verify these letters and numbers. 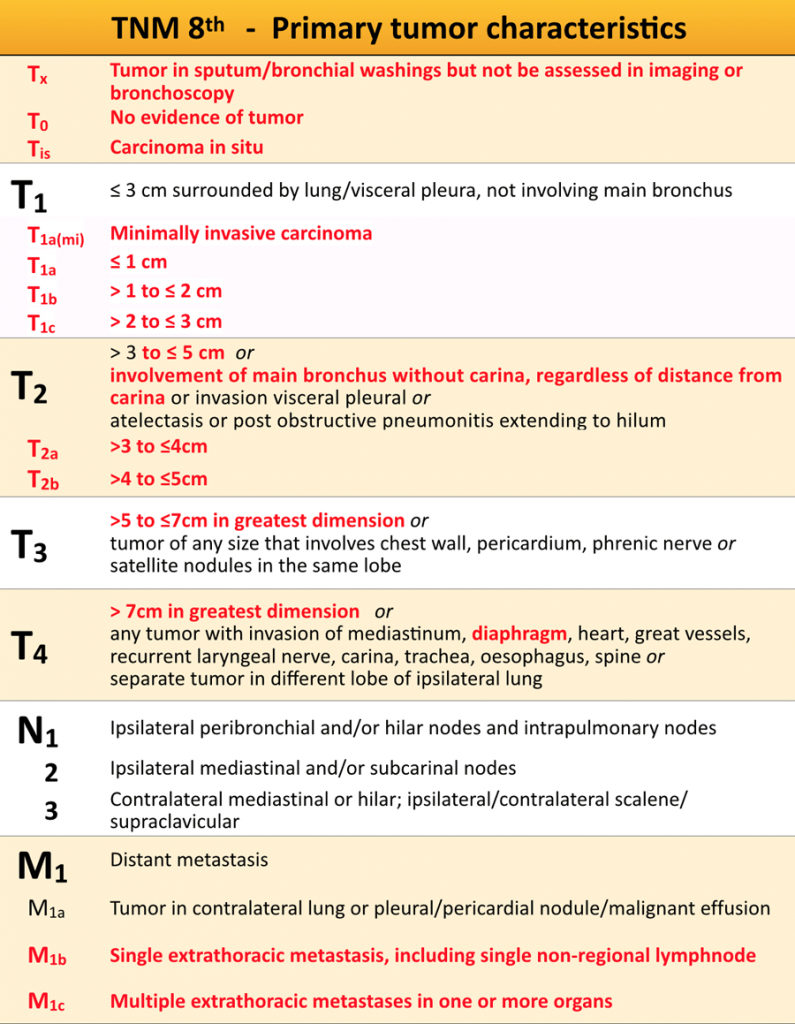 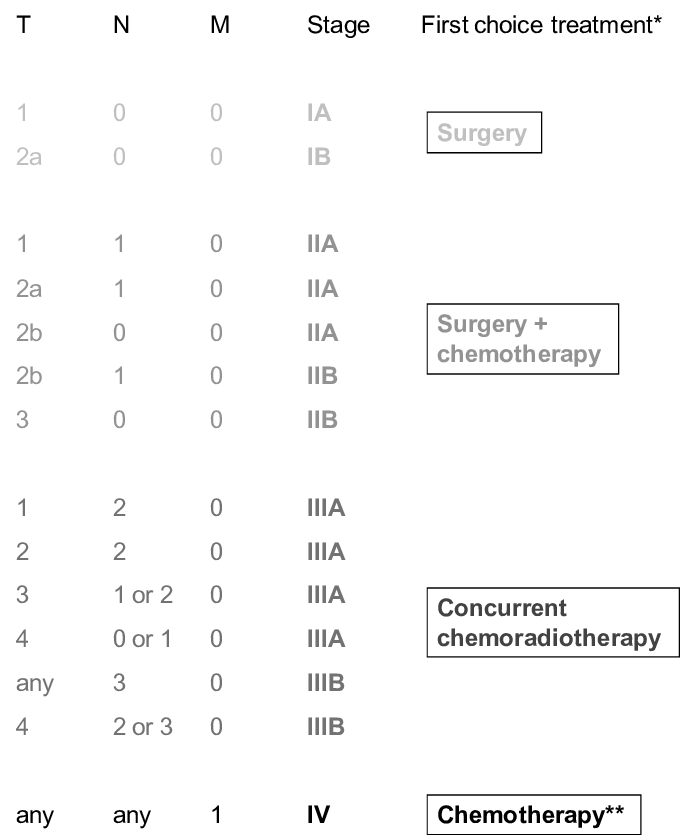 Metastatic Process: How does metastasis happen?

Metastasis can be studied in the following steps. 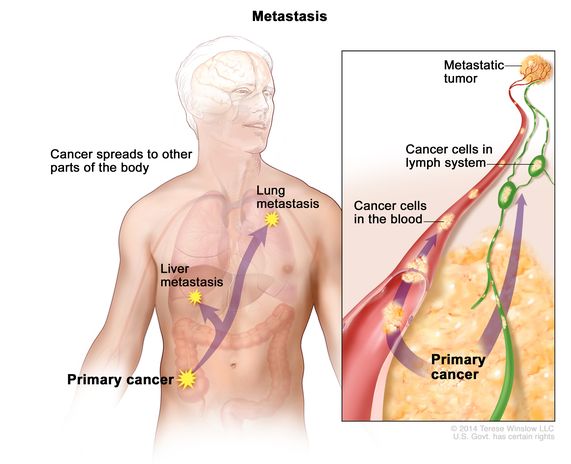 Primary tumors grow with the aid of accumulated mutations such as uncontrolled cell division, no growth suppression, differences in metabolism, resistance to cell death etc. The tumor grows and it gains the potential to metastasize. Some tumors grow large but never leave the initial site, but when tumors metastasize they become more mobile and more aggressive. The next step angiogenesis is the formation of new blood vessels from pre-existing ones. Tumor cells have a fast growth rate and different metabolism. Therefore, the new blood vessels are formed to provide more nutrients and oxygen. These tumor cells become more belligerent eventually. EMT, Epithelial to Mesenchymal Transition process aid to accomplish this by transforming cells. The tumor cells gain migratory and invasive properties in transformation. Then invasion occurs. Tumor cells directly penetrate the neighboring tissues.

After invasion tumor cells break into the blood circulatory system. This step is known as intravasation. And also tumor cells can get into the bloodstream through the lymphatic system without ever being intravasation. Once they are in the bloodstream, they have to survive as blood flows to the heart, lungs, and throughout the body. Circulating tumor cells, CTCs have to fight off the immune system, the pressure, and the force in the circulatory system, etc. Some CTCs succumb due to these obstacles and perish. In the next step, extravasation, the opposite of intravasation; tumor cells get back to tissues from the circulatory system. This tissue is called the secondary site. Extravasation occurs due to pressure in the bloodstream, leakages of blood or lymph, increased vein porosity, vein fragility, catheter punctures in the vein wall, etc. After extravasation, the tumor cells are no longer known as CTCs, and then referred to as disseminated tumor cells; DTCs. DTCs can grow into a metastatic tumor or become dormant. Dormant DTCs can activate and become metastatic as well.