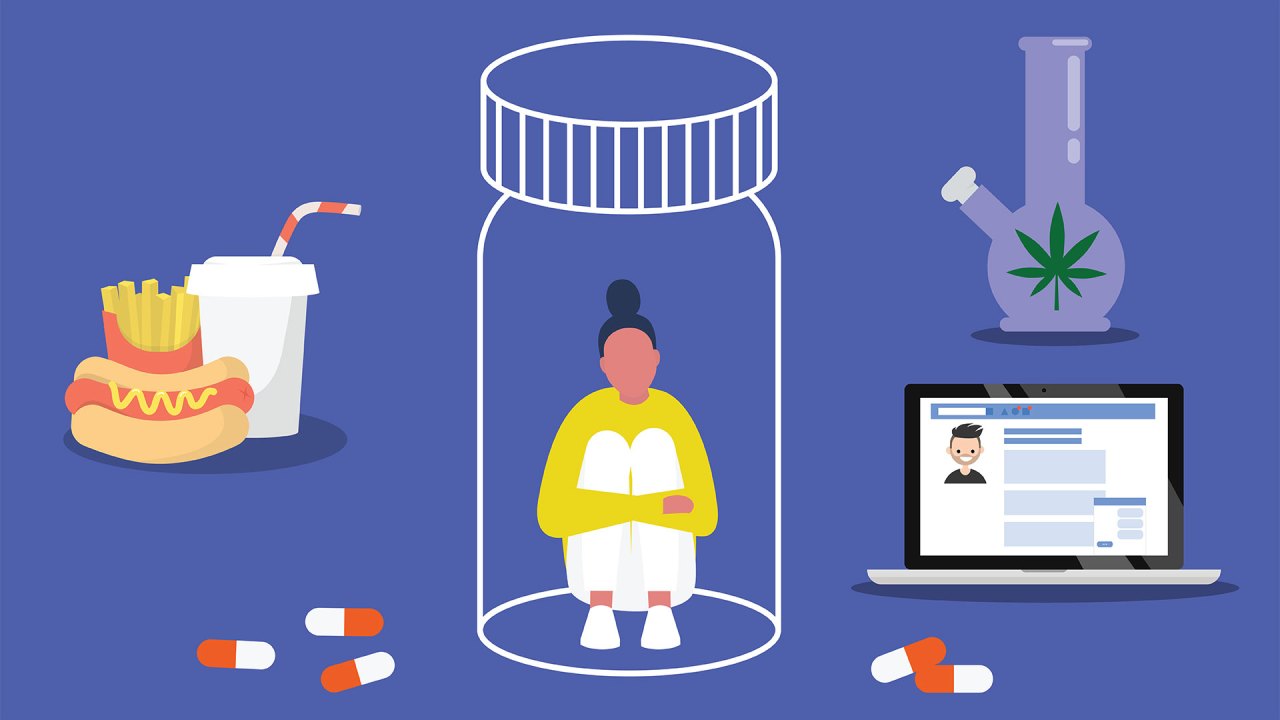 It’s a quite desolate night in the city of Colombo. You walk down the pavement with your hands in your pockets and lost in your own thoughts. The noise of a passing car brings you back to reality. You look around and see that the streets you thought were desolate are inhabited by a different kind. The liquor store on the other side of the road is packed with people that it puts Black Friday to shame. A quick glance over to the dark alley on the side, muffled voices, and the exchange of goods. You look away and walk on ahead with a single word as your only thought. “Addicts”.

Of course, this was a hypothetical encounter, but I am pretty sure that for most of you this is the stereotypical picture that comes up in your mind when you hear the word “Addict”.  If you do a quick google search for the word “Addiction”, this is what pops up;

The common stereotype of an addict, which is being fed over and over into our society, is that of a criminal. I think the simple example that google shows you, is a good example of that.

Drugs, alcohol, and smoking might be the first thing that comes to your mind when thinking of addiction. But this is only one scope of addiction, which is “Substance Addiction”. The other scope is “Behavioral addiction”, which is the addiction to certain behaviours such as gambling.

But what really is addiction and how do you stop it? 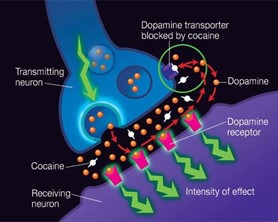 The short answer is, we don’t know well enough about it and studies are still taking place. Okay, so what do we know?  The substances like drugs and alcohol which people get hooked on are having various effects on our brain and neuronal chemistry. For instance, Cocaine can block dopamine transporters in the synaptic cleft. This causes increased levels of dopamine which causes overstimulation. Moderately high levels of dopamine create a euphoric effect while very high levels cause hallucinations.

So, it’s these chemical cravings that cause addiction, right? Well, it’s not that simple. While there is an effect from all these chemical hooks, there is another fundamental effect that is deeply rooted into the evolution of our species.

Though we lack claws or sharp teeth, the power of flight or sharp eyesight, humans as a species have taken the prime position at the top of the food chain. One major factor that gave us an edge during evolution is human cooperation and being part of a group. A lone human who was exiled from the group had a really low chance of survival. When you hear people saying that “Humans are social animals” they are not kidding. The fact that humans are prone to create bonds and connections is deeply engraved into our biological code.

So, what does this have to do with addiction?

In the year 1906, the United States brought forward the law to ban the passage and use of drugs such as cocaine and heroin. Soon, the rest of the world followed those steps and criminalized the use and passage of drugs. Those who were involved were punished by law across the globe and was ostracized from society.

Anyone can be an addict. But what happens if you, an addict, feels like you have no one that cares about you? What happens when your loved ones are moving apart from you? What happens when society as a whole rejects you and treats you less than a human? You turn to the one thing that brought you comfort and to the one thing that did not push you away. You turn to the embrace of your addiction as that is the only connection and bond you have.

In the early 20th century, an experiment was conducted in relation to addiction. A rat was placed in a cage with 2 bottles, one with water and one laced with cocaine. The experiment was repeated several times and almost every time, the rats would drink the drugged water until they die.

But in the 1970s, Dr. Bruce Alexander, an American psychologist, noticed an obvious flaw in this experiment. The rat in the cage was alone. So, he recreated this famous experiment with the same 2 bottles but made one major change. He created “Rat Park”. This new cage had loads of cheese, tunnels and things to play with.  But most importantly the rat was not alone as he had loads of other rat friends with him in this cage. The drugged water was hardly used, and the overdose rate went from 100%, recorded from the previous experiment, to 0% immediately.

The modern-day society is similar to the cage from the 1st experiment where the addict is the lone rat within it. The current system criminalizes these individuals and once you have a criminal record, good luck finding a job. They would be out of money and would be out in the streets where people would look at them in disgust. Like an Ouroboros, it is the system that we live in that have created this feedback loop.  As Dr. Keith Humphrey from Stanford University said,

“It’s remarkable that people believe what’s needed is more punishment. If punishment worked, there wouldn’t be any addiction. It’s a punishing enough experience”

If you have anyone in your life that is going through some sort of addiction, know that tough love or humiliation is not going to work. Making them hit rock bottom won’t change a thing. They are humans after all. So, bond with them and be there for them. Be that pillar of strength that they desperately need to lean on. You can’t force them to change their habits, but what you can do is, change the cage that they are in.