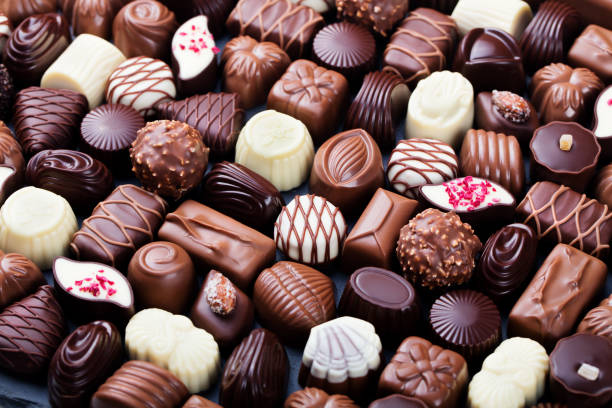 If you ever get the question, “What is the sweetest thing in the world?” I bet you won’t say “love” in response. Absolutely everyone in the world enjoys chocolate. In the entire world, it is one of the most favored food varieties and tastes. Many dishes, including cake, pudding, mousse, brownies, fudge, and chip cookies, as well as drinks like milkshakes and hot chocolate, contain chocolate. It may also be used as a topping for cakes, cupcakes, fruits, nuts, and marshmallows. Even the sound of it is delightful. Who can refuse a chocolate box as a special occasion gift? The human tongue constantly sneaks for the nicest things, even at midnight for no apparent reason.

Where does this heavenly food come from?

The Aztecs are thought to have discovered chocolate at the beginning of the 16th century. The Aztec word “xocoalt,” which refers to “a bitter drink produced from cacao beans,” is used to describe the origin of the word “chocolate.”  However, in approximately 500 A.D., the ancient Mayans who inhabited Central America and Mexico began consuming cacao.

Legend has it that Motecuhzoma, the Aztec leader, drank chocolate-based beverages flavored with a wide range of other ingredients.

Europeans were huge fans of drinking chocolate throughout the latter half of the 1500s. They quickly fell in love with it, and in a relatively short period of time, chocolate spread throughout the entire world.

Chocolate is made from cocoa, a fruit that grows in tropical regions. The harvesters manually gather the cocoa pods into baskets and separate the cocoa beans from them. Those cocoa beans are placed in huge, shallow, heated trays or covered with large banana leaves, and within 5-8 days the beans start to ferment and turn brown. They are then left in the sun to dry for about a week. After transferring the cocoa beans to chocolate producers, they refine the beans to a roasted nib, which is then heated and melted until sugar, milk, and other key ingredients are mixed as their desired product. When the liquor is molded as the last step, it can cool and harden into a variety of shapes afterward. 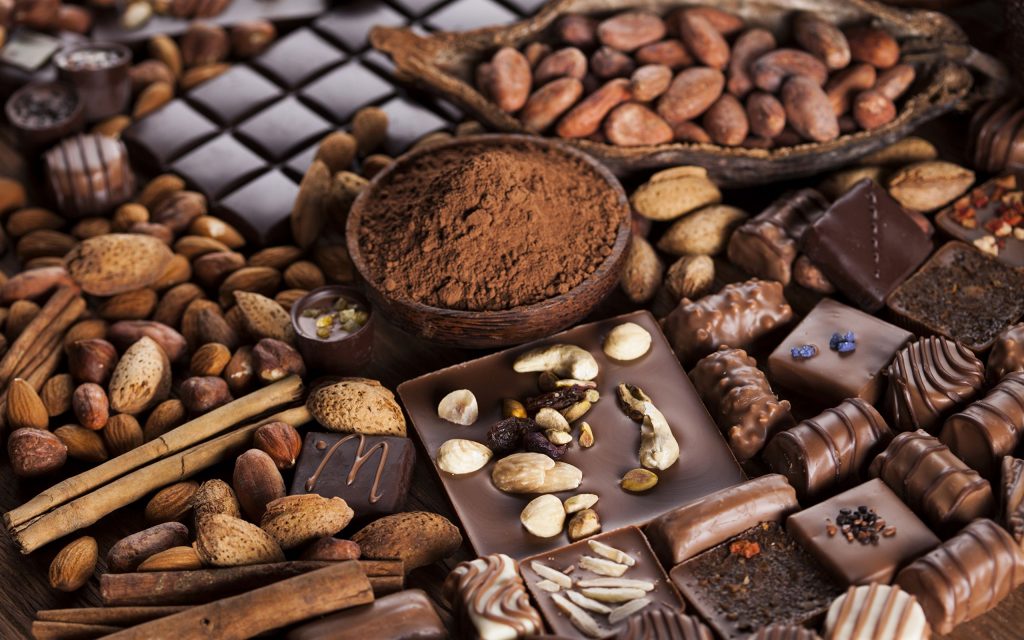 Chocolate is healthy food for the soul…

Chocolate is high in calories, especially dark chocolate, which is high in iron, magnesium, zinc, copper, and other minerals. People now eat chocolate to keep their weight in check. As it contains protein and caffeine, chocolate also helps decrease cholesterol levels and boosts energy. Additionally, it strengthens your immunological and cardiovascular systems while enhancing brain function and defending cells against inflammation. However, hazards from excessive use might also include dental decay, migraine, acne, diabetes, coronary heart disease, hypertension, and strokes. All things considered, it’s okay to indulge in chocolate occasionally, but moderation is key! (winks)

Just to delight your tongue…

Numerous chocolate varieties exist, and they have captured the hearts of millions of people worldwide. The three primary types—white, milk, and dark chocolate—can be classified in an infinite number of ways. Maybe a spoonful of cocoa, a little bit of sugar, or a splash of milk are all that is altered. Semisweet chocolate is frequently used in baking because it lies in the middle of bittersweet and sweet dark chocolate. Pure or unsweetened chocolate is also helpful in the kitchen. What’s the point in passing up caramelized, ruby, or chocolate chips? The most popular chocolate candy brand worldwide is M&Ms, while other well-known names include Mars, Sneakers, Hershey’s, Kit Kat, Twix, Musketeers, Cadbury, Milky Way, Lindt, Ferrero Rocher, Toblerone, and Galaxy. If you’re ever stuck on a gift idea, chocolate is the ideal response. A chocolate gift could make a special occasion even more enjoyable. It’s the perfect gift to give to say thank you or congrats. Chocolate will always be linked to Valentine’s Day with flowers, teddy bears, and love. Is there a more romantic way to express your love than with a delicious chocolate gift box? Simply send a chocolate gift to express your gratitude to someone else.

Chocolate has been the most popular sweet in the world for more than a century. On every human tongue, its delicious flavor has left a wonderful impact. Chocolate always puts a grin on everyone’s face, regardless of how it is ingested. Naturally, chocolate is less expensive than therapy, a healthy diet, and yes, naturally, everything tastes better when it’s covered in chocolate. There will undoubtedly always be happiness everywhere as long as there are chocolates on this planet!