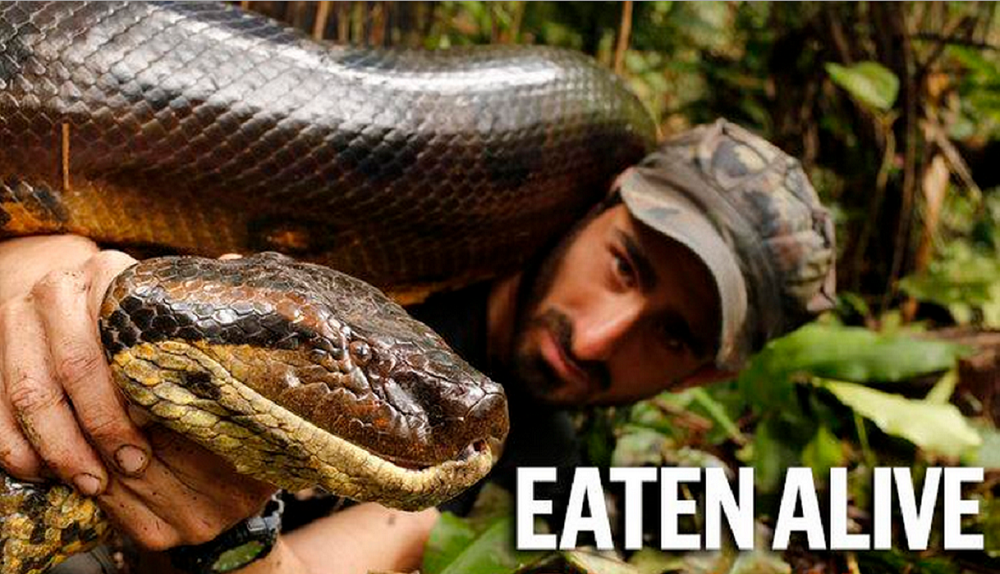 The controversial television documentary, Eaten Alive was telecasted on The Discovery Channel, last Sunday (7th of December). According to The Discovery Channel, 4.1 million viewers around the world were huddled up around their television sets on a Sunday to witness a man being eaten alive by a giant anaconda. But, unfortunately, all did not go as planned. The documentary became the network’s biggest letdown after revealing that Paul Rosolie was unable to indeed be eaten alive at the end of a show, one and half hours long.

In my opinion, it’s not a complete waste of 90 minutes. Rosolie and his team’s expedition to the floating forest in the middle of the great Amazon tropical rainforest is one of the more inspiring experiences I have seen on TV. So, what really went wrong for Paul Rosolie? Let’s look at the facts:

This was the breeding season of anacondas and the large female anacondas come to rest in the dense Amazon looking for a mate so Rosolie had chosen the best time of the year to capture an anaconda. He also had chosen the floating forest, an extraordinary habitat which is a popular breeding ground for anacondas.

They were unable to capture a 24-25 feet long anaconda as they planned and a 22 feet green anaconda was the best they could do. The plan was to make Rosolie wear a body armor which protected him from the tooth bites of the anaconda, stomach acid and also the pressure exerted on the bones by the constriction of the snake, when it wraps around its captured prey.

In addition, the armor consisted of a pressure sensor to measure the pressure of the force applied by the snake. Blood pressure monitors and heart beat monitors were attached to monitor Rosolie’s cardiac conditions. A helmet protected him the same way as the body armor and it was equipped with two cameras and an oxygen mask.

But just before the stunt, Rosolie decided to remove the armor on his arms and the legs so that he will be more comfortable. He was then covered in pig’s blood to lure in the anaconda.The anaconda fell for it and wrapped itself around Rosolie and swallowed half of his head when it started to constrict tighter, this was when Rosolie felt that the bones on his arms will not hold the increasing pressure. When he felt his bones snapping, he yelled for help, all the while, with half of his head swallowed by the anaconda.

That marked the abrupt end of an unsuccessful attempt at being swallowed by an anaconda. But the show ended with Rosolie’s determined words, “My quest doesn’t end here. I am gonna comb through every corner of this forest and search for the largest snake on earth. And show the world once and for all the incredible power of this magnificent, remarkable giant of the Amazon.”