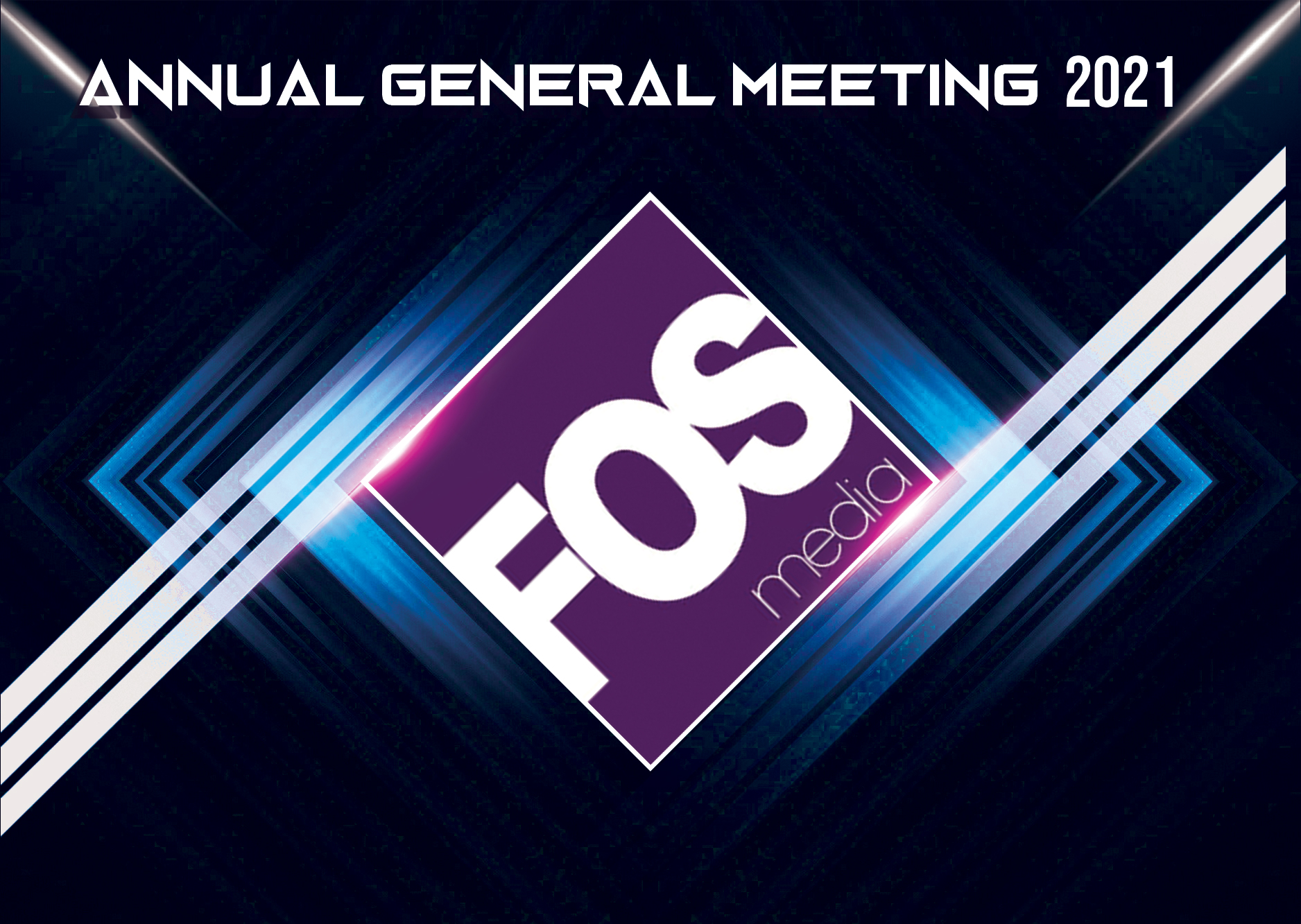 The Annual General Meeting, the AGM, is undoubtedly the most important gathering of the FOS media calendar. This time, it was held virtually via Zoom on the 10th of July 2021. It was again time to witness a glorious timeline of yet another year, and a new dawn in reporting best at first.

The meeting kicked off with Hiranjan Aiya, the outgoing vice president, welcoming the gathering. He was much grateful to the past and current members of FOS Media, fondly calling them, ‘FOS Media Family’, for their dedication and hard work that have brought FOS Media to where it is now. 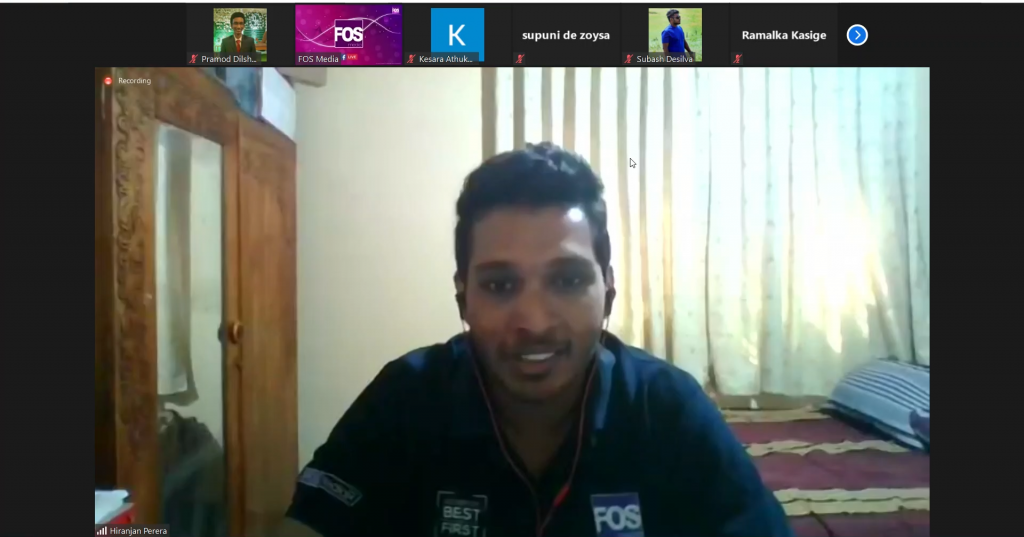 Next, the gathering was addressed by Pubudu sir, who is a former chief editor of the club, as well as a former assistant lecturer at the Department of Plant Science, Faculty of Science. Firstly, he talked about the history of FOS Media. He recalled how they struggled to assemble FOS Media, despite limited amounts of resources, leading to its inception on 2nd April 2013. Then he highlighted the soft skills one could develop through this club, such as time management & teamwork, sharing his own personal story. Finally, he spoke about the strong Alumni base that FOS Media has, and how they are willing to help the budding club members.

As the famous activist, David Starr Jordan once said, “Wisdom is knowing what to do next, skill is knowing how to do it, and virtue is doing it”; and here in FOS Media we truly are blessed with pioneers proved to be wise, skilled, and virtuous. It is due to their blood, sweat and tears that we stand as a newsworthy media unit in the country today. Gayath sir, a former chief editor in FOS Media graced the AGM with his charismatic words conferring his wise counsel and he expressed his immense pleasure with respect to the current success of FOS Media Unit; a media unit standing from the rest. He emphasized the validity of the phrase “Change is courage” to make a lasting impact in society as a media unit along the path of pursuing excellence.

Mudith sir, a former chief editor in FOS Media recollected memories of his journey and milestone moments in his FOS Media chapter enjoining the cogency of bonding as a family to build a firm foundation within.

The AGM was colored moreover by an entertainment segment which took the audience back in time to 2014. It was “Dedunna Sedi”, a manifestation of creative effort produced by our own FOS Media crew back then to outshine the Freshers’ Welcome in 2014.

A leader is someone who performs with unstinted dedication and tenacity, never wavering nor flinching in the face of challenging periods, sacrificing time and resources by all measures to the betterment of an association. Former president, Shevon aiya, one of those leaders who committed to hoist FOS Media at the helm of success, addressed the audience valuing the efforts and integrity of the club. He reminisced about the cherishing recollections thinking back to stories from the past in his FOS Media journey.

The past year has been quite a difficult year forcing us to adapt to a new normal. Yet we were able to pull it off top-notch with the leadership of authenticity and ingenuity. Our immediate past president, Malintha aiya held forth, evocating the venture he trekked as a member to become the president in FOS Media and his fruitful era as the president. And he congratulated the newly appointed board extending his blessings regarding the future endeavors of the media unit. 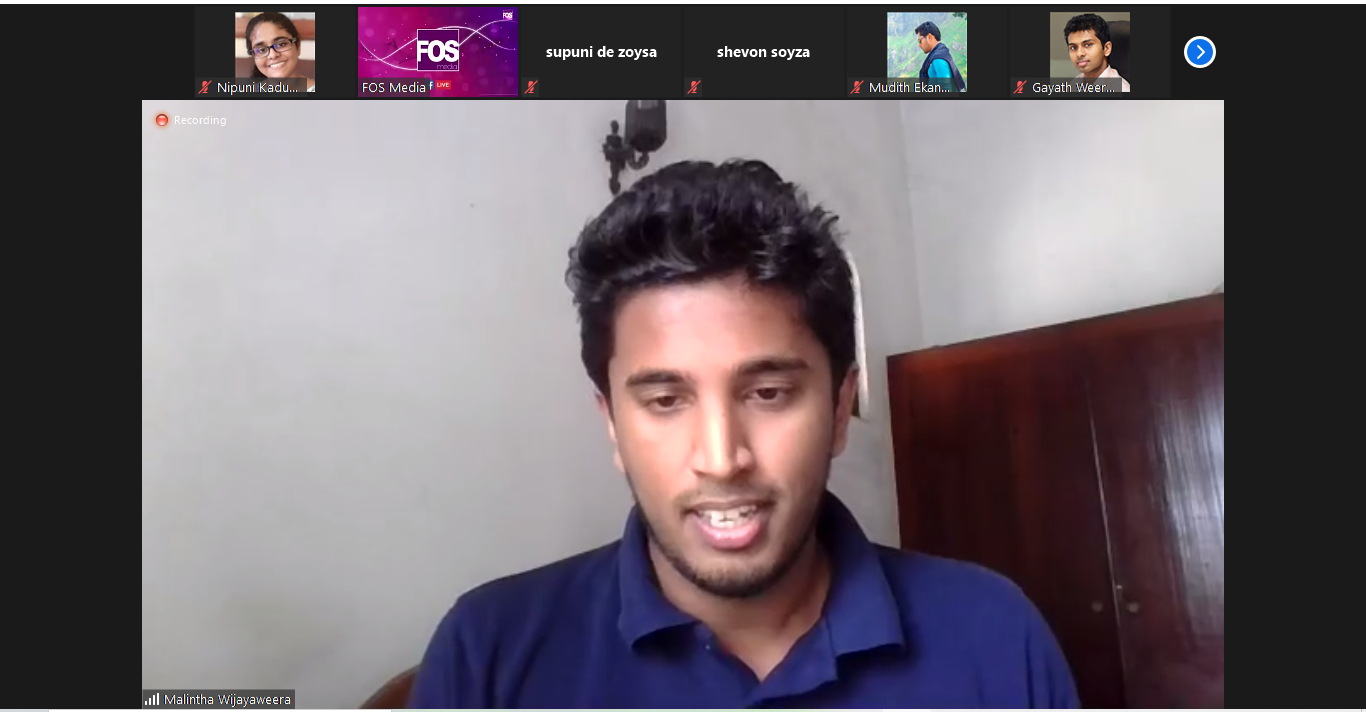 Then it was time for Muditha sir, who is a former ITU Instructor and a Ph.D. candidate at the Department of Physics, to speak a few words. He stressed on bringing up novel ideas and went on to set a brand-new goal for the FOS Media family, which is to reach out and conquer the world, in the coming term.

Uditha Aiya, who is the outgoing coordinator, was the last in line to speak. He emphasized on the fact that how teamwork was the main reason behind FOS Media’s success, and how balancing academics with extra-curricular activities is essential.

And then the grand finale, unveiling the new Board of Directors for the year 2021/2022 took place. As Subash Aiya emerged as the new President for the coming term, he delivered a vote of thanks with much gratitude. 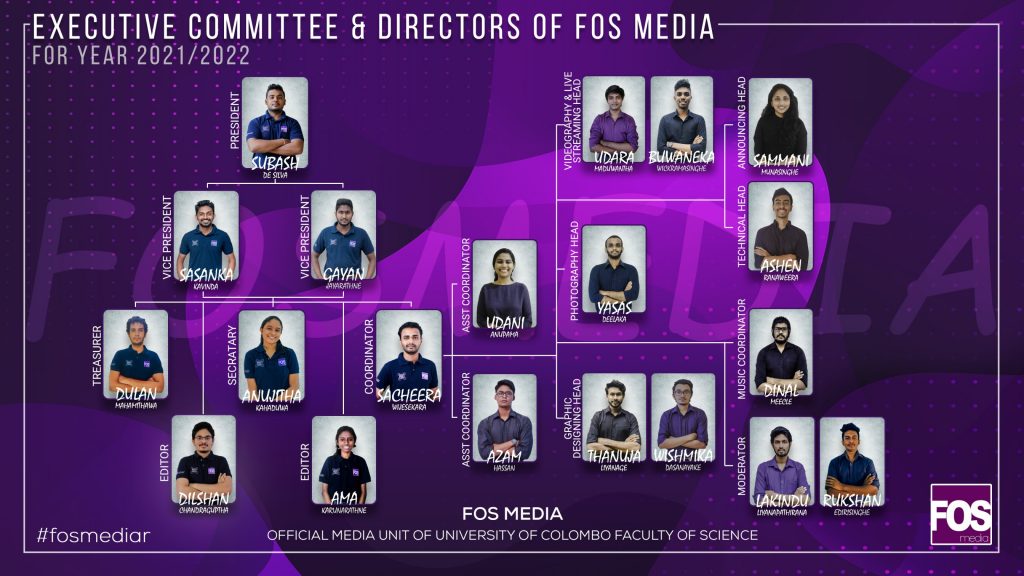 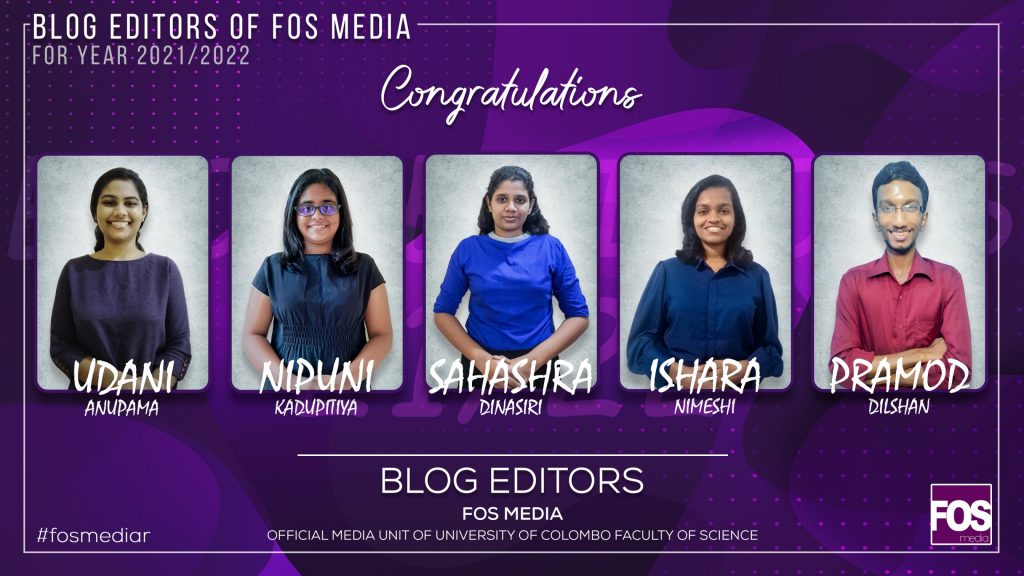 Thus the event that was most looked forward to concluded unfolding a new venture of reporting in all its splendor with renewed spirits!

We, the Blog Editors for the year 2021/2022, would like to take this opportunity to thank the immediate past Blog editors, Board of Directors along with the past Executive Committee of FOS Media, for their truly commendable work and the immense support given. We would also like to congratulate Subash aiya and the newly elected club officials and wish them a great year ahead.