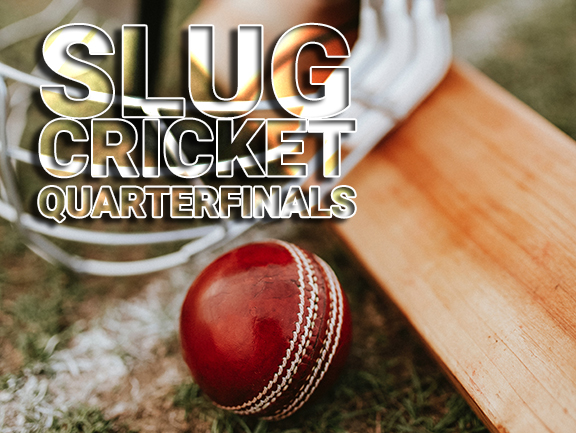 Amidst the blistering heat and the heightened spirits of the spectators, the quarterfinals of the cricket series of the Sri Lankan University Games (SLUG) 2019 took place this weekend at various University grounds. Players representing their universities, battling against each other in a series of knock out matches, shedding sweat and tears for their alma mater showcased talents which were harnessed at the hands of their own peers.

The team of University of Colombo, under the captaincy of Sahan Wijesinghe, a student of Faculty of Science, played a spectacular game against the undoubtedly talented team of University of Jaffna captained by Ravi Lohatheiswer on the 17th of August. A truly gentleman’s game could be witnessed from both teams and the whole ground was flooding with team spirit and the cheerful roars of the crowds. After a game of fair play, University of Jaffna emerged victorious with a win of 4 wickets and University of Colombo was left with tough luck. Nevertheless, their valiant effort to defeat the opposing team was well recognized and applauded by the home crowd. 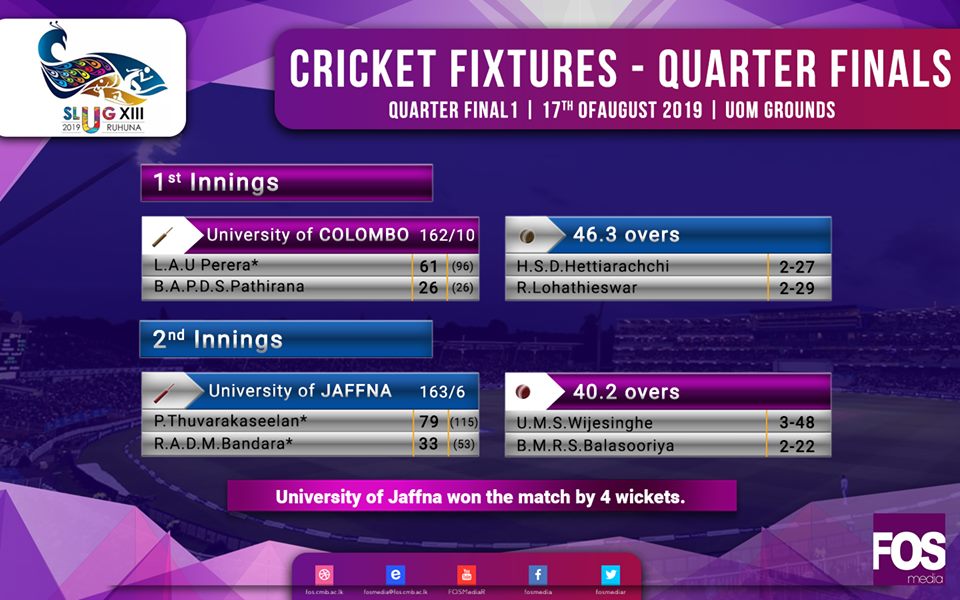 All in all, it was quite delightful to see university students coming together, competing against their rivals, some even being their own school mates but nevertheless not losing the true spirit of cricket. It was indeed a novel experience for the youngsters which enhanced their team spirits and togetherness along with creating a bunch of memories. Amongst the cheering crowds were the pillars of strength, our very own coaches and parents who committed greatly for our success.