Home » Nadeeshani » Greatest Dance of All 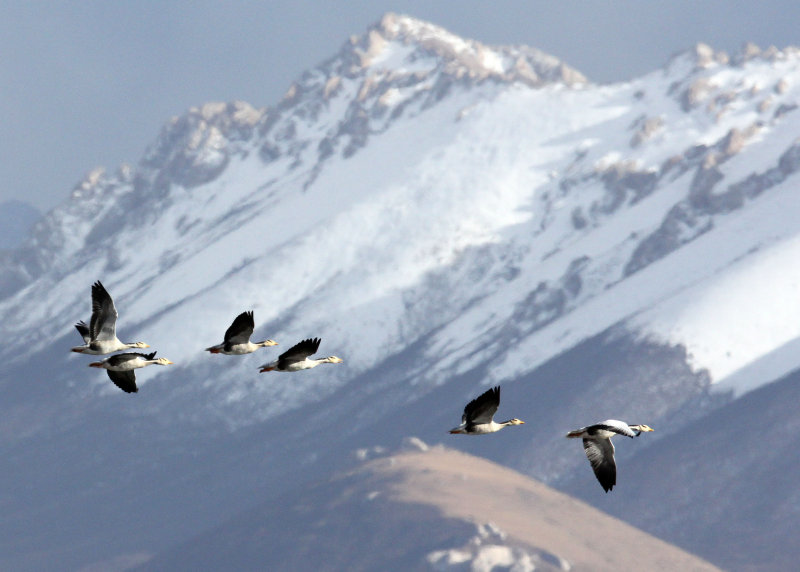 Based on Dr. Sampath Seneviratne’s talk, ‘The Greatest Dance on the planet: A Collection of stories of the long distance migration of birds from our neighbourhood’, at the Wildlife and Nature Protection Society’s monthly Lecture, on the 17th October 2019, held at BMICH

Am I a ‘bird person’? If exclaiming in joy upon seeing a bird perched upon your window-sill counts, yes, but I highly doubt it, so probably not. However, being an undergraduate studying Molecular Ecology, I recently got a wonderful opportunity to attend the monthly lecture of WNPS – ‘The Greatest Dance on the planet’, based on long distance migration of birds. It was done by our very own senior lecturer, Dr. Sampath Seneviratne, from the Department of Zoology and Environment Sciences, University of Colombo. He is a Research Scientist specializing the study of Evolution, Molecular Bio-geography and Ornithology and currently serves as the President of the Field Ornithology Group of Sri Lanka (FOGSL) and the newly formed Sri Lanka Ecological Association (SLEA). 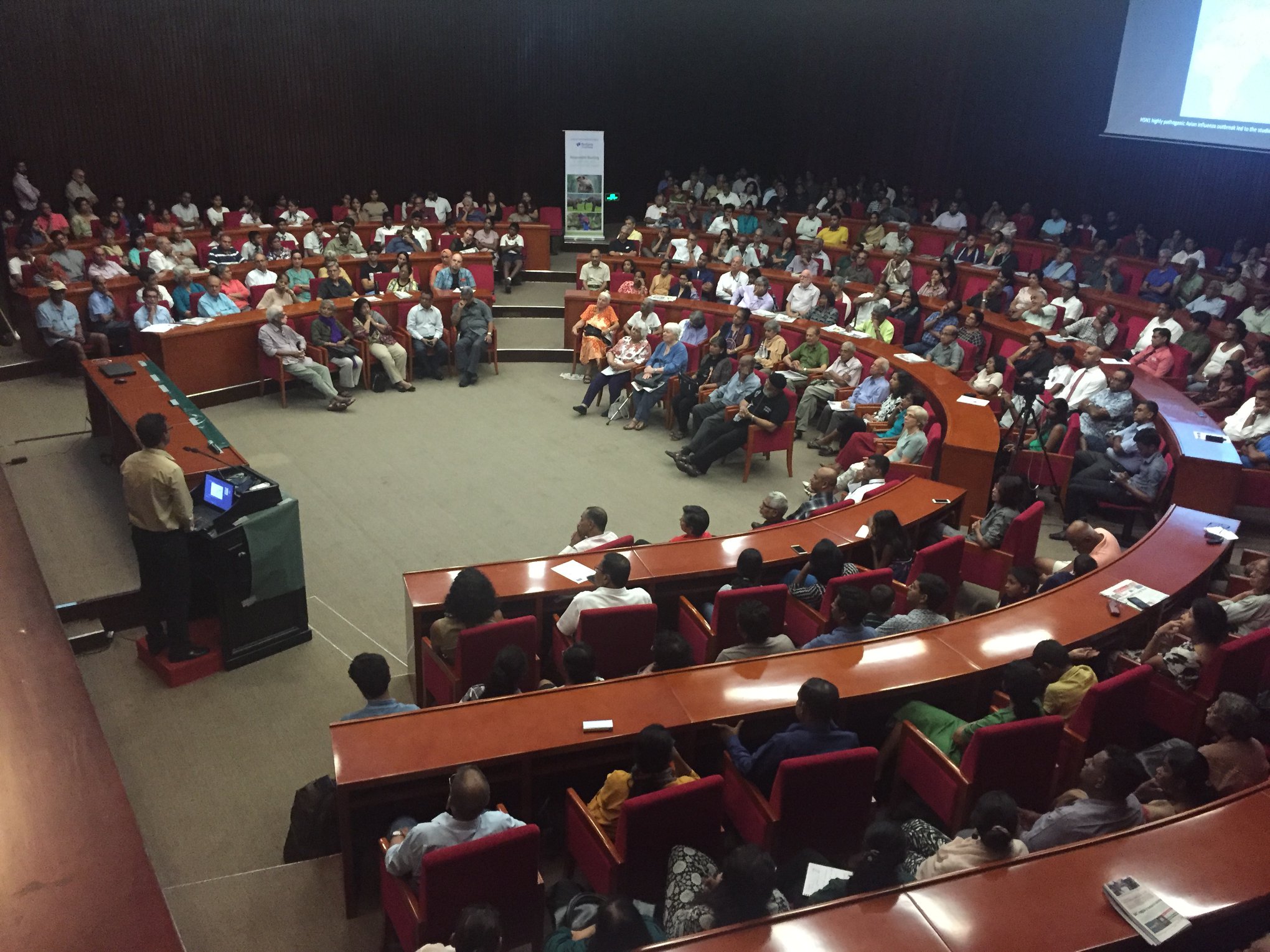 It was 6pm on a regular Thursday evening. Jasmine Hall of the BMICH continued to fill in with people, despite the limited space that appeared to be left. I was quite surprised by the immense diversity that met my eye, as I watched the people entering the hall and many others already seated, from my own seat at a far end. The room was filled with members of WNPS, as well as non-members ranging from ages of around 10 years to 75 years, clad in uniforms to formal wear to casual T shirts and pants. It was quite a refreshing sight to behold and it dawned upon me that curiosity and love for nature had no limits or restrictions.

After a brief update about the status of work and projects carried out by WNPS and an on-point introduction to the speaker for the day, Dr. Sampath was invited to do the anticipated lecture. He grasped the attention of the audience by starting from a general introduction to ‘migration’ and stating why he chose his title – ‘The Greatest Dance on the planet’, for his talk. Migration is a periodic phenomenon, hence the term ‘dance’. It refers to the seasonal movement of animals from one region to another. In a world where numerous animal species migrate, probably answering the main unanswered question of many seated watching him, he reasoned why birds are the greatest. Thus, began the journey into the world of migrant birds. 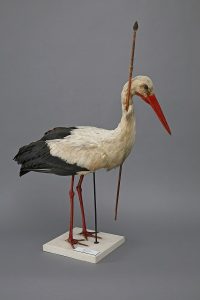 How humans came to know about bird migration was an interesting story, which was related by Dr. Sampath to the inquisitive audience.  It had happened back in the days when villagers in Europe believed having nests of white storks on top of their home’s roof, a good omen. Hence white storks visiting the neighborhood barely went unnoticed. So was their disappearance during the cold winter days. In the year of 1822, in a German village a particular white stork was found with a strange looking arrow shot across its neck (Figure shows the stuffed specimen of the ‘Arrow-Stork’, or ‘Pfeilstorch’, in the Zoological Collection of the University of Rostock). Further investigation into this strange, lucky observation revealed that the arrow is of central African origin. This had provided the earliest evidence of long-distance stork migration. This bird became popular as a ‘Pfeilstorch’, German for “Arrow stork”.

Thus, it was discovered that birds roam across the globe using distinct flyways, in a timely fashion, which is predictable. The animated video of stork migratory pathways traced using GPS tracks filled the audience with awe. Dr. Sampath then explained the significance of this amazing phenomenon when it comes to Sri Lanka. Our island is a destination of migratory birds that use the Central Asian Flyway. It is the final Southern destination to many of these global roamers. Thus, it plays a significant role in their journey. 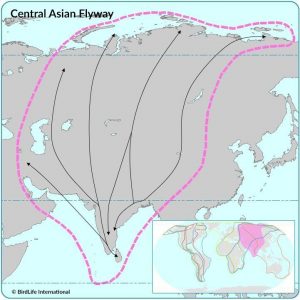 When it comes to studying bird migration, banding and satellite tags are of paramount importance. This was the next area discussed by Dr. Sampath. These activities are done in camps set up at common destinations of migratory birds, such as RAMSAR wetlands. In India, RAMSAR sites are well-lined to cater the bird migration. In Sri Lanka, this is done in a banding camp in Mannar mainly. Photographs of the annual field visit of third year students of the Department of Zoology and Environment Sciences, University of Colombo to the banding station in Mannar, were shown to those gathered. It was a moment of silent pride and joy to me and others in my batch, having been the most recent batch to get this rare, probably once-in-a-lifetime learning experience. He addressed certain misconceptions about banding, put forward by some people in the society surely lacking experience and proper knowledge regarding the matter. 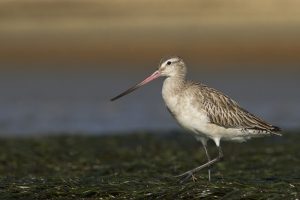 The next shift in light was towards few ‘wonder birds’. The first was the Bar-tailed godwit (Scientific name – Limosa lapponica), whose migratory route encompasses the longest sea crossing and non-stop flight; a distance greater than 11,000 km within a span of approximately nine days! The appearance of the bird hardly signifies its capabilities when it comes to global travel. This information, along with images of the bird and its route of migration led to widened eyes and open mouths of the enthusiastic set of listeners, clad in uniforms, seated in front of me. The look on their faces, pencils paused in mid-air was a warm sight to behold.

The only bird that could fly over Himalayas, was shown to the listeners next; the Bar-headed goose, another top-notch migrant, probably having unique physiological adaptations to be able to complete this feat, for migration itself requires energy and efficient metabolism. In migrating bird flocks, those who are not in good physiological conditions cannot migrate and fail to complete their journey. However, an example of birds that follow non-conventional migratory paths were also given. The cuckoo is a flyer that avoids the easy tropics and instead goes to Africa. 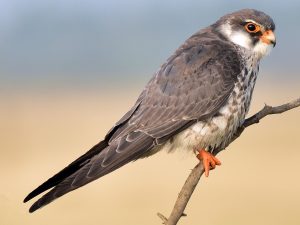 The audience was then given an insight into the threat of human activities to migratory birds by Dr. Sampath. The Amur falcon that gets killed in large numbers was one among the threatened. Recreational shooting, pollution, wind mills and urbanization are currently leading factors that have put the future of many migratory bird species to peril.

During the final few minutes of the lecture, Dr. Sampath elaborated on the significance of migration, a phenomenon which can lead to the evolution of new species. Navigation abilities of these birds are directly involved with genes that could undergo changes with the environment.

The lecture was wrapped up in a significant way. The final few slides of the presentation showed Jessica Meir, a NASA astronaut who was part of the crew of the first ever all-female spacewalk, conducted recently.  Having been a colleague of his, Dr. Sampath showed and explained studies she had done with Bar-headed geese, to find out how their physiology enables them to cross Himalayas. She in fact had raised a dozen of bar-headed geese during her research. Through Jessica’s tale, he concluded that this particular field of study is also fascinating with a wider scope than believed. This marked the end of an astounding lecture, with a touch of inspiration.