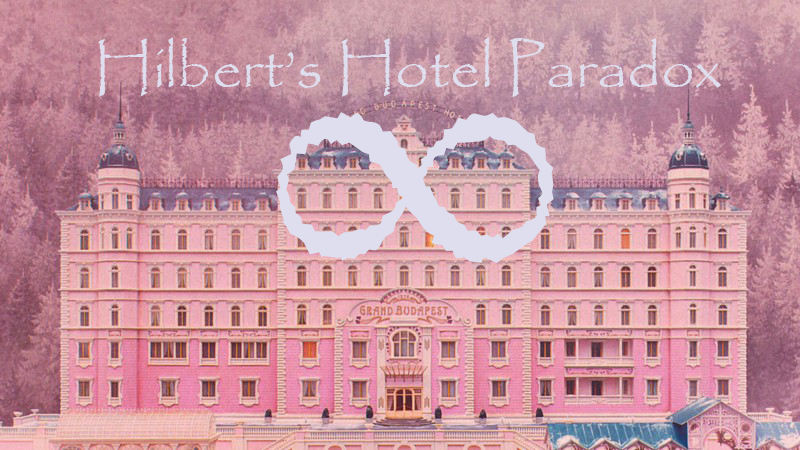 In the 1920s a German Mathematician David Hilbert introduced a thought experiment that helped people wrap their minds around the concept of infinity. Imagine an infinitely large hotel, with an infinite number of rooms and a very hardworking night manager. 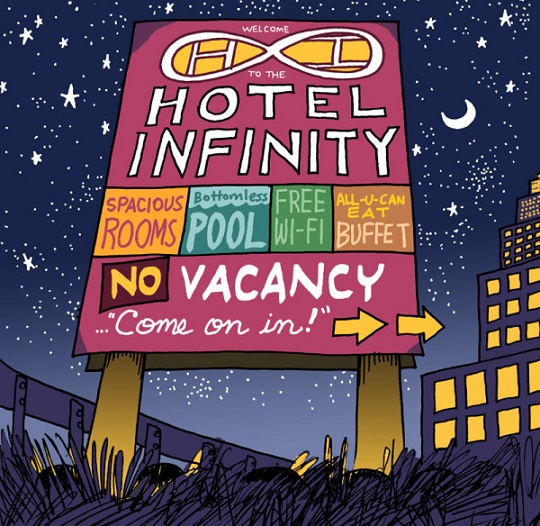 On a particular night that the hotel is full, a guest walks in at midnight and asks for a room.

Pleased with himself for having settled the new guest the night manager steps out of the hotel. Wait. What does he see? An infinitely large tour bus containing an infinite number of people, all asking for a room.

What do you think our night manager did?

Do you see the pattern?

Our night manager is freaked!!

Luckily, he remembered that around the year 300 BCE, Euclid found that there are an infinite number of prime numbers. A prime number is a number that has only two factors, 1 and itself. Prime numbers go from 2, 3, 5, 7, 11, 13…all the way up to infinity.

Now, the night manager takes the first prime number, 2, and asks the existing guests to move to, 2 to the power of their room number.

Since there are an infinite number of prime numbers each bus will get one, and since they are prime numbers, no two guests will get the same room number.

This way everybody gets a room and the night manager gets to keep his job.

The interesting fact here is, there will still be rooms that go unoccupied. For example, room number 6 because 6 is not a power of any prime number.

Our night manager’s job is actually made easy because while an infinite hotel is a logistical nightmare, it only deals with the lowest level of infinity- the countable infinity of the natural numbers. 1,2,3,4… and so on. We used natural numbers for the room numbers as well as the seat numbers.

Over at Hilbert’s Infinite Hotel, where there is never any vacancy and always room for more, we understand just how hard it is for our relatively finite mind to grasp a concept as large as infinity.