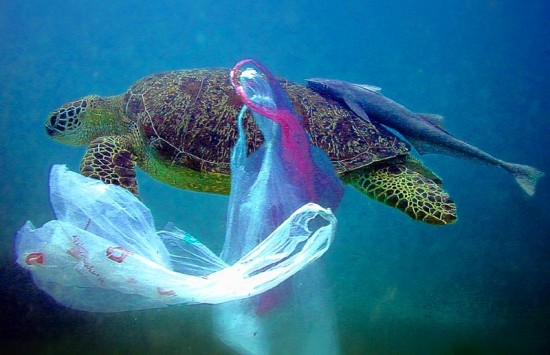 Plastics are a part of our daily lives. Unfortunately, that doesn’t mean it is a good reason to use them.

Sri Lanka throws away about 12 million lunch sheets and 4 million plastic bags each day. Although this thin film of plastic, which is used to wrap up our food or carry our groceries makes our lives much easier, every lunch sheet and polythene bag, comes with a tremendous impact on the environment and potential harm to living beings.

With the upcoming ban on polythene lunch sheets, rigifoam boxes and shopping bags,effecting from the 1st September 2017, rather than grumbling about the decision of the government, let’s take a glimpse into the life of these plastics. A closer understanding of the harmful effects of plastic will empower us to reduce their toxic footprint.

Origin of Plastics – An interesting question

The plastic that makes up our lunch sheets and polythene bags originate from petroleum – the end product of the decay of living organisms that lived a few million years ago.

With that comes an interesting question: If plastic comes from Petroleum, and Petroleum comes from organisms that inhabited the Earth many years ago, why does not plastic degrade naturally, like all other bio-materials?

Approximately 50% of the plastic that we use, are just being used once and then thrown away. So in simple terms, for a useful-life of 1 day (or perhaps even less), a large number of plastic items are produced that will eventually have deadly impacts on our environment for hundreds of years to come.

So basically, Plastic almost never goes away from the Earth. Virtually every piece of plastic that was ever made still exists in some shape or form (If it does degrade in some way, it probably takes about 200-1,000 years to decompose). This means that the plastic that was used by our grandparents still hover dangerously on Earth! So I wonder, 200 years from now, would our great grandchildren hate us for all the plastic we are leaving behind? My guess is that they will!

Effects for the next 200 or so years

Usually most plastic wastes get collected in a river and finally end up in the sea. Plastic constitutes approximately 90% of all trash floating on the ocean’s surface.

The harmful effects of plastic on aquatic life are devastating. Fish that get entangled in plastic bags get wounded or sometimes die if they can’t get away from them. Ingestion of plastic causes intestinal injury to marine animals which often leads to their death. This can lead to consequences for those that eat fish and marine life for nutrients – including humans. Experts believe that currently, the oceans are filled with about 165 million tons of plastic – That’s 25 times heavier than the Great Pyramid of Giza. Unless we take some serious steps towards reducing the amount of plastics we discard to the oceans, it is believed that by 2050, there will be more plastic in the oceans, than fish!

If it looks like food and it smells like food – it should be food, right? Unfortunately, not in the case of seabirds

90% of all seabirds, mistake plastic waste for food– which often lead to deadly consequences. When flying above the oceans, the sea birds spot the little pieces of floating plastic on the ocean, and mistaking them for food, eat them up. Research reveals that certain chemicals on the plastics mimic the smell of food, tricking the birds
into thinking that these little things are their lunch.

In Sri Lanka, there have been instance where elephants have died after ingesting plastic, mostly in the form of bags.

Another effect of plastic is the pollution it causes. Plastic, which does not degrade, ultimately ends up accumulating somewhere – in landfills or open dumps – which gives rise to land pollution. When the chemicals in plastic seep underground and interact with ground water, it gets contaminated making it dangerous for humans.