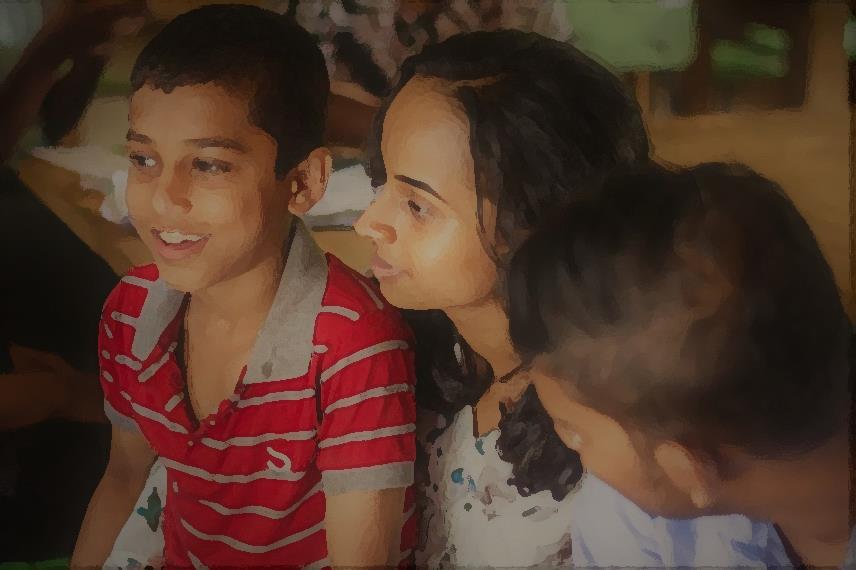 That phrase on top… how many times would we have uttered it? Countless times, I’m sure, if you were a chatterbox like me when small.

This too, a very common question, one that never goes out of style. During my numerous encounters with kids, I myself have asked it; some time back, yearning to strike up a lasting conversation. Towards the latter years however, it was to look into the mind of the youngster. To understand his/her line of thought this might give an insight to her/his perception of life.

It took me a considerable amount of time to realize the question could lead to this. One significant memory of such an epiphany, I wish to share with you.

Back in 2018, I joined in for the second phase of this project called ‘Akhankara’, as a rotaractor. Among numerous projects that I’ve been a part of, this was kind of special because on one hand, it was a signature project of the club; the Rotaract Club of Faculty of Science, University of Colombo, that we took immense pride in. On the other hand, I was not just a member but on my way to becoming the next secretary and it was a turning point in my Rotaract journey, during the transition period we are given. It felt so by all means.

The project was chaired by my friend, Dewni and this in fact made me refrain from giving into the denial of my parents towards spending one night in a rural village school, close to Warakapola. Fate played me fair and I managed to secure the opportunity of witnessing this beautiful project unfold. To tell a bit about the project, it is one in which we, as volunteers passionate about community service, visited a rural village school, spent the day with its inhabitants, carrying out pre-planned educational and fun activities for the students and contributed to their development in our own way, within the capacity we could.

Coming back to my story, here I was, relaxing in the school hall, after the competitions were done. I wasn’t alone. In my company were some of my fellow rotaractors and few school kids. It was past school hours. They had got rid of their uniforms, for the first thing they did when our morning activities were done was rushing home, change into more comfortable clothes that need not be looked after and fly back to the school, to watch what their visitors were upto next.

Among the group of kids, one had hopped on to my knee and sitting there, while watching the proceedings outside, like the rest of us. Outside, the teachers and few of my colleagues were busy preparing for the Vesak exhibition that was scheduled to happen at night.

Cherishing the moment with this little guy who looked happy and settled on my knee, okay with answering the simple questions I asked him, I made a move to The question.

“What do you want to be when you grow up?”

After a moment, still looking ahead with eager eyes, he replied casually, “a bus driver!”

Now that took me by complete surprise. It was the first time I got this answer for The question. Having spent few hours at the school, having walked there through the village settings, I had already figured out that their dreams and fantasies lie somewhat further away from ours. But still, a ‘bus driver’ was not something I anticipated.

Determined to figure out the root cause, which is a suffocating habit of mine at times, I prodded on.

“What will you do after becoming that?”

Once again, he replied with complete ease, with the tone of a wise man who had it all figured out, “Then I’ll drive to and fro to the next village, where my sister now lives, and take the people who need transport with me”.

Upon further explanation on his part, pushed by an inquisitive me, I got to know that his sister, had got married recently and moved to the next village, to live with her husband. It was not a walking distance to there though and everyone at home, including him missed her bad. They did not have much choice for they also had a limitation in going to see her or her coming to visit them. There was only one bus with limited trips as the means of transport, not to forget the very trying roads. I just held him close and wished that he would indeed succeed in making his dream come true.

This happened few years back. Not that significant but still the memory lingers strong in my mind. Why is that? Perhaps it was the epiphany. I realized  that day, how far love and relationships could go when moulding young minds. Though we speak of it as a thing of the youth and beyond, it is the childhood that it impacts the most. Apart from affecting their present, the effect is significant enough to seep into the dreams and expectations. There it would get materialized; take form into something much more solid. It holds more power than we give credit for.

Childhood fantasies, though seemingly very childish and absurd, when viewed through a quick-to-judge-by-cover eye, once you really start looking at them, they have far more depth and sincerity than the goals and plans formulated recently. Right now, all of us have a number of mechanical targets. Few make sense when it comes to reasoning; why you are going after it and what it will bring you. They lack the warm glow felt in the heart. Half the time, we barely know what we are wishing for, yet we do it.

This kid from that unforgettable day, taught me that it is not so always. Reminded that my own dreams, once upon a time, were not so.

Maybe we need to dwell more upon our ‘childhood fantasies’ and await a surreal, yet sensible ending to, ‘I want to be…’