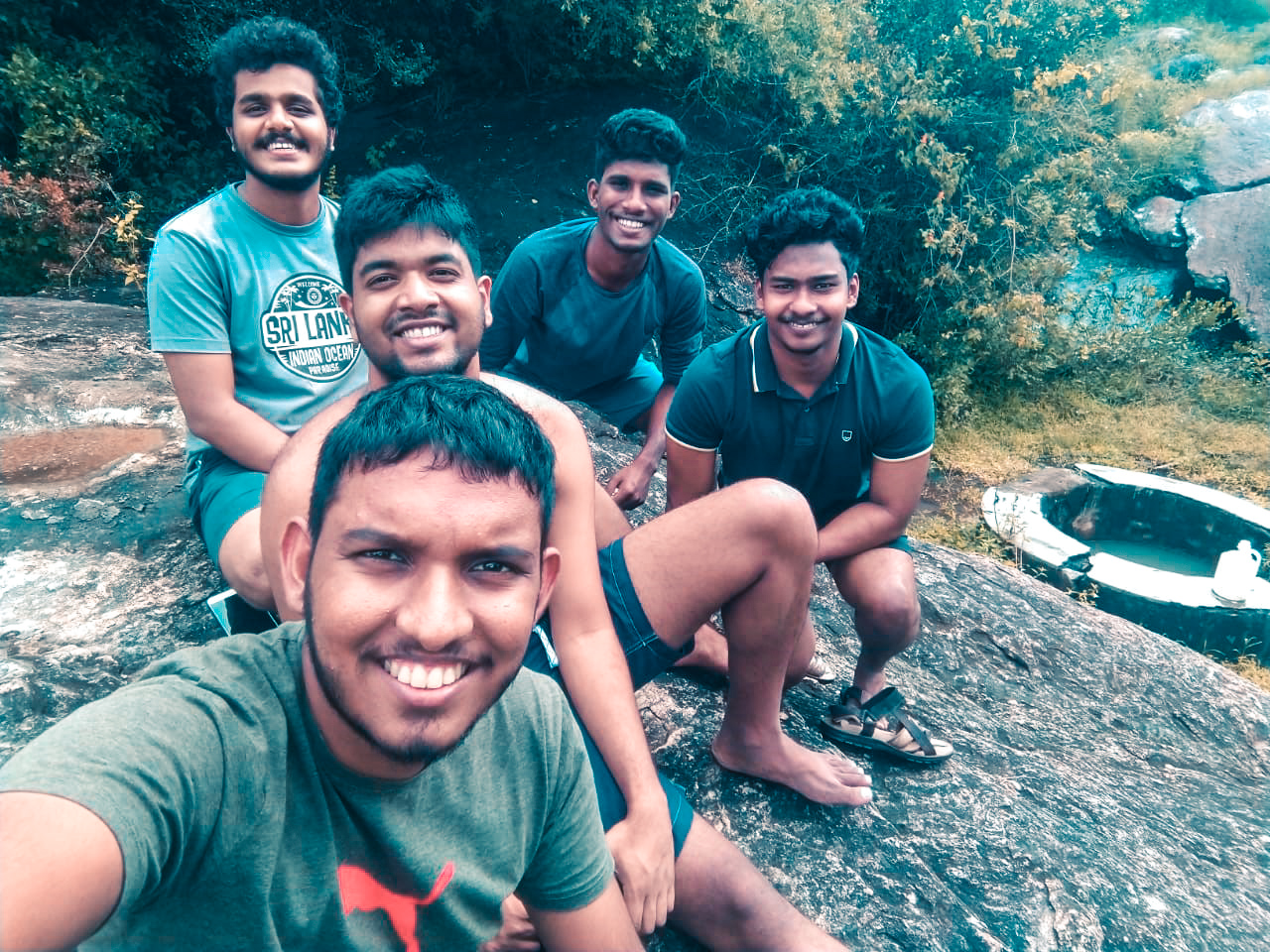 I was desperate to see a Sloth Bear. But Ansala, our resident wildlife photographer said he only wanted a good leopard sighting to make his day. It was the morning of the 7th of December 2019. Ansala, Gayan, Didula Indeera and I had arrived at Thissa the night before and were soundly sleeping in Kamesh’s Safari Jeeps. We woke up early and washed from the nearby well.

After parking Didula’s Toyota Vitz in a safe location, we set off with Kamesh’s brother, Asela, by 4.15 am. Our Jeep was packed with our bags and camping gear. Two days in Yala was on the horizon. As is usual, we arrived at the gates well before they opened. A nearby boutique was open, so we had hot coffee and some ginger biscuits to wake us up for the adventure ahead.

It was only after the gates opened that we realized that our early start was a total waste. We assumed that the paperwork was over after we booked the site. Apparently, it wasn’t. They even took a country age to assign a guide to us, a gesture we thought was very unprofessional of them given that we had already booked the site about a month back.

Anyway, we started wandering aimlessly through the dirt roads of Yala. The early morning sighting rush was obviously over, and we had no idea of where we’d see any animals for the entire morning session. As we wandered along some more, the rain started pelting down on Yala. Of course, this meant that most of the animals would seek shelter. But it also meant that we would have to close the side curtains in our jeep. So, we stopped the Jeep at Leopard Rock (Kotigala) and had our breakfast in the jeep.

We finished our breakfast just as the rain finished. Then, suddenly, out of no-where, a jeep raced past us. We quickly exchanged glances and realized that someone must have passed a tip about a sighting. So, we chased behind that jeep at record speed. And we ran into a huge traffic jam of jeeps. As the procession slowly inched forward, we finally saw it. It was a beautiful leopard cub. It was peacefully relaxing on the fork of a tree. But when we got close to it, it stood up and posed for us. Ansala worked his camera and got some beautiful shots for us. It was a truly satisfying experience. 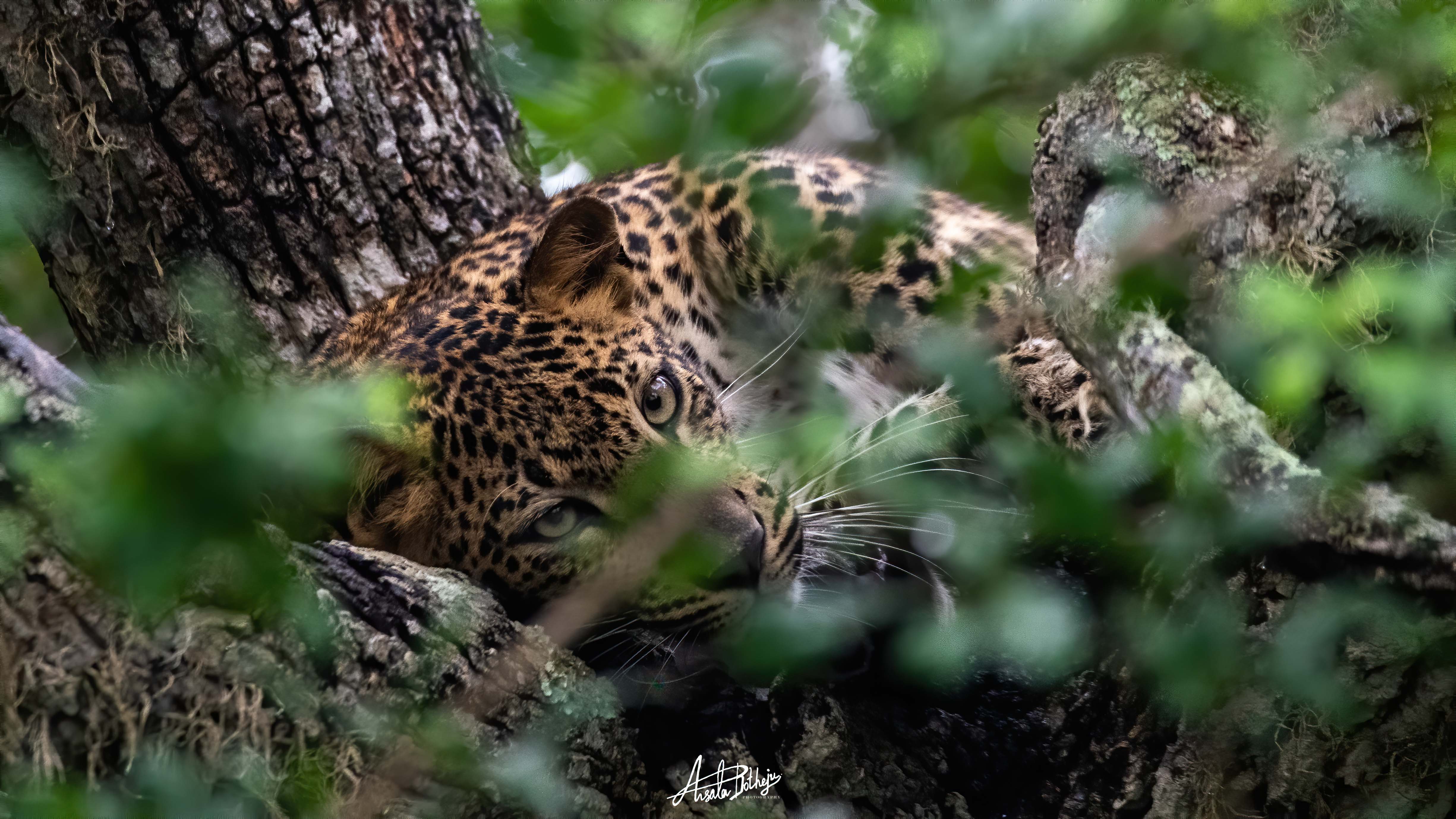 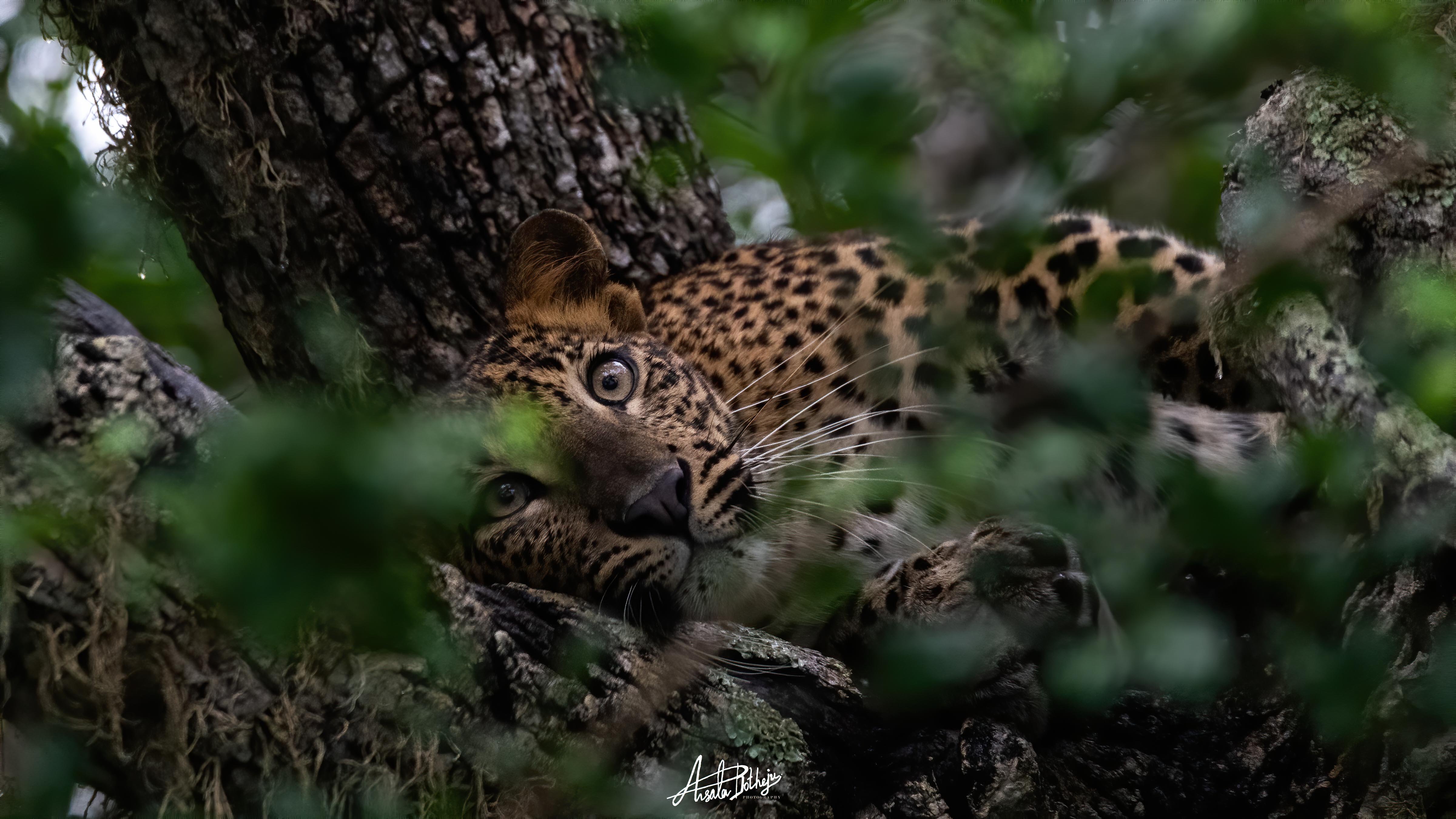 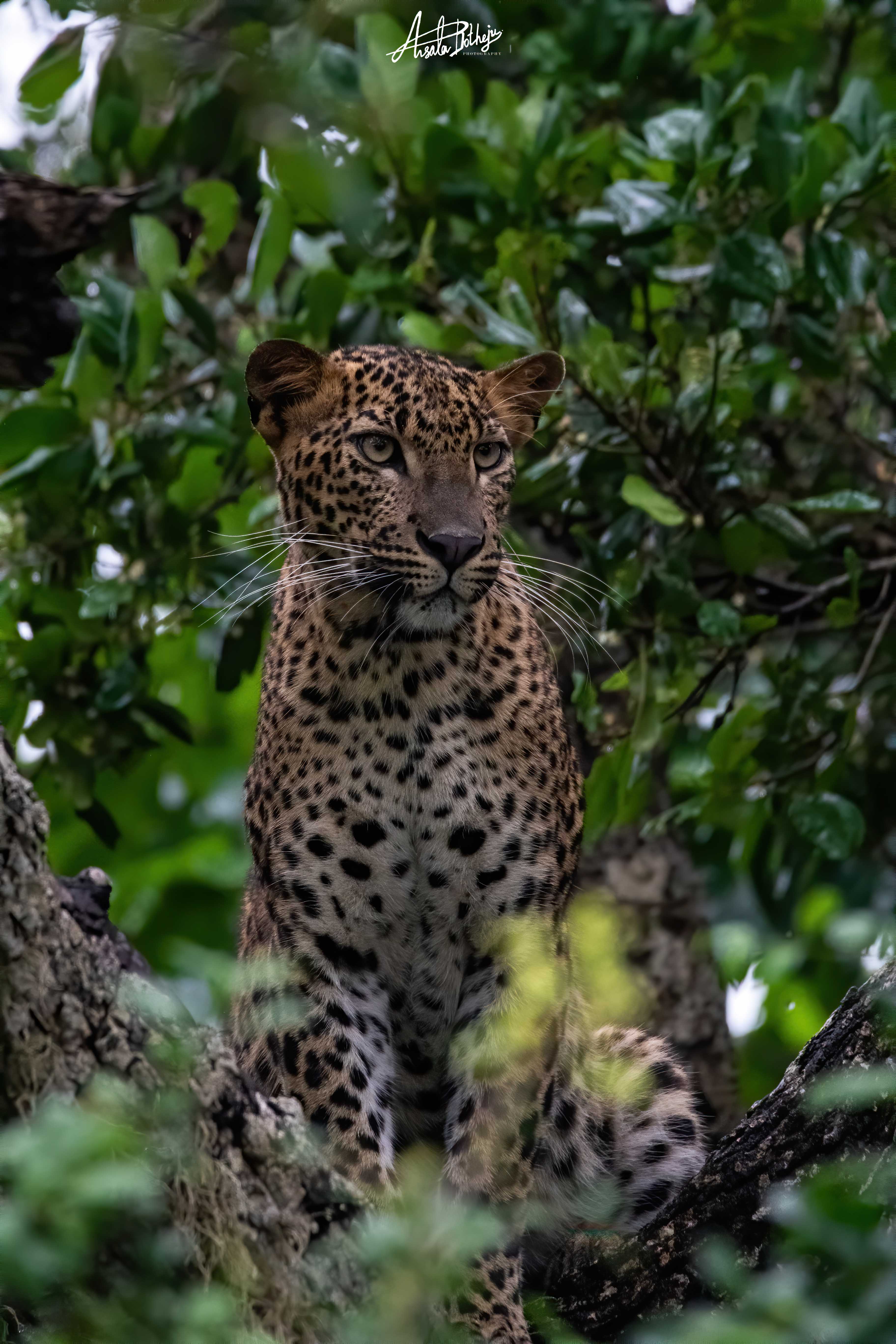 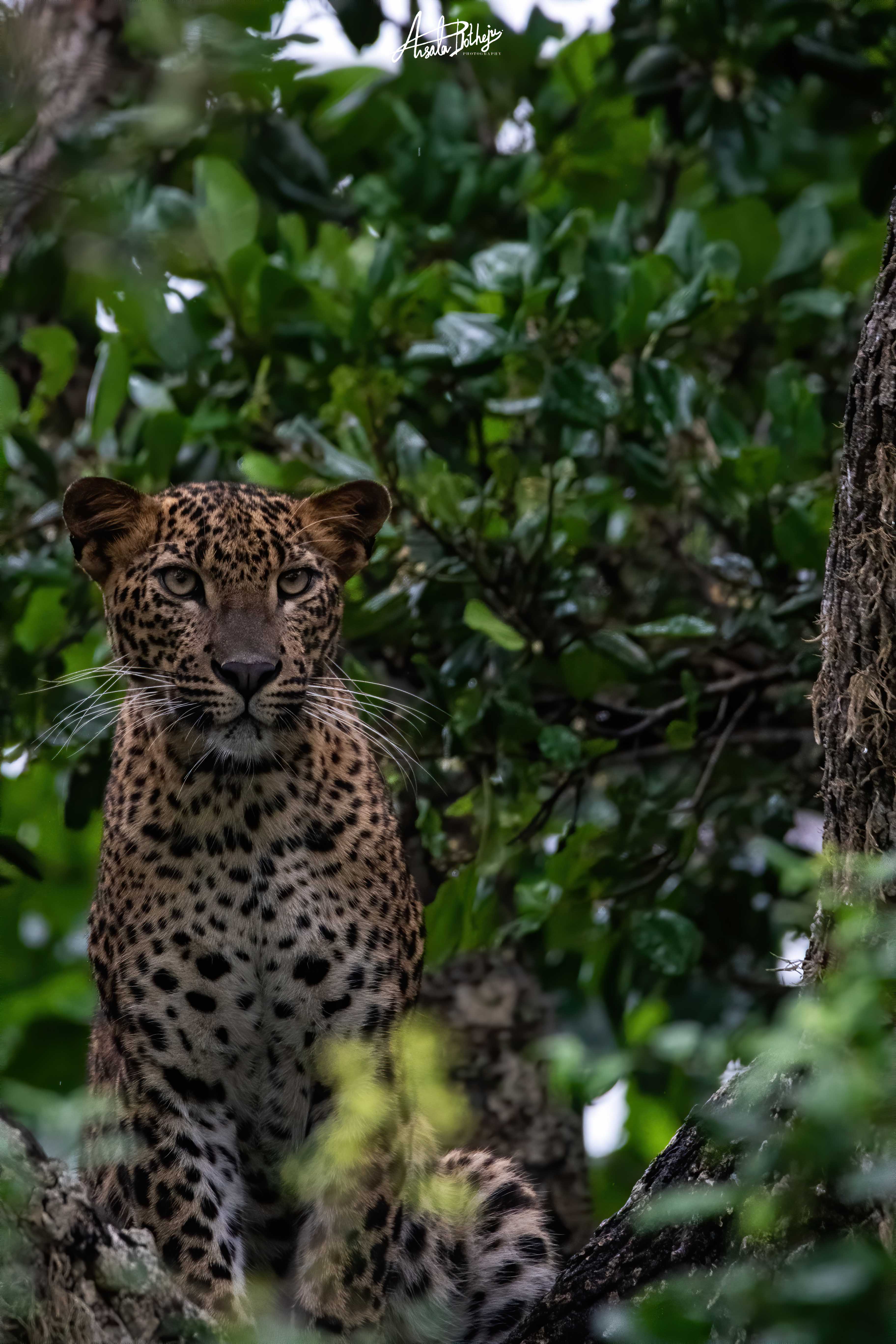 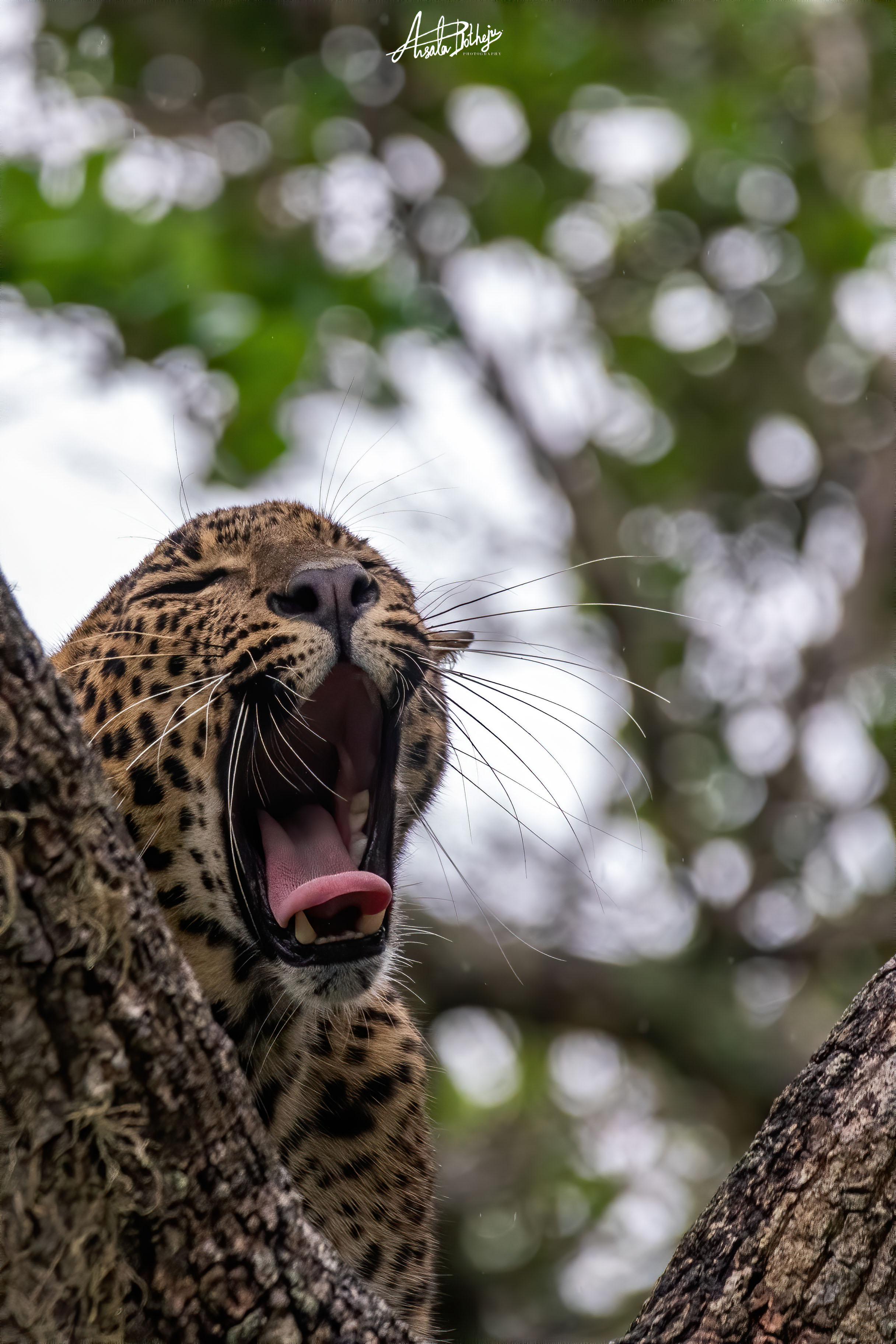 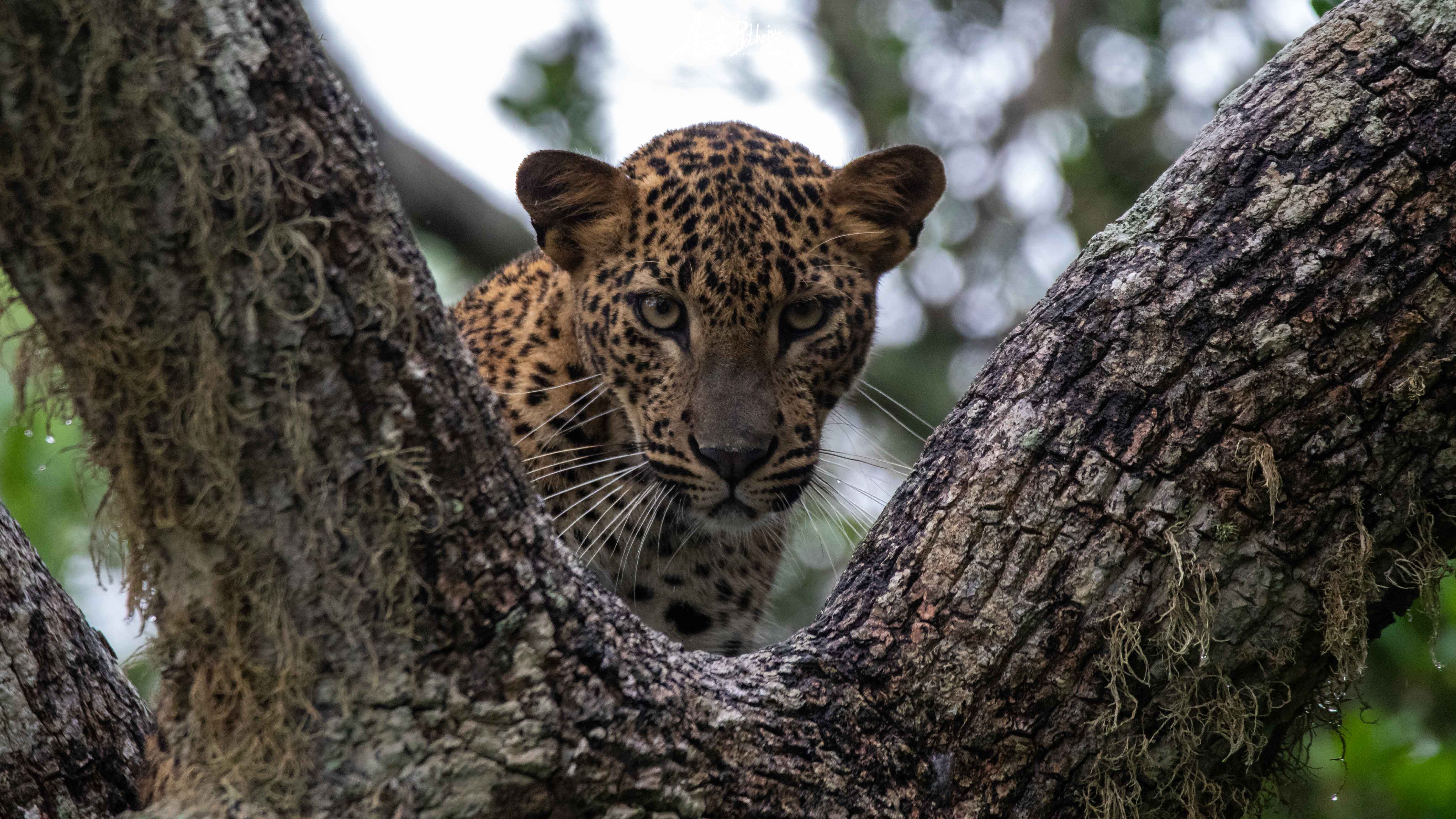 Soon afterwards, the rain restarted. So, we wandered about some more and then decided to go to our campsite to sit out the rain and have lunch.

This is part 2 of a series of blogs about our search for a Sloth Bear at Yala. Read part 3 here, or go back to read part 1 here