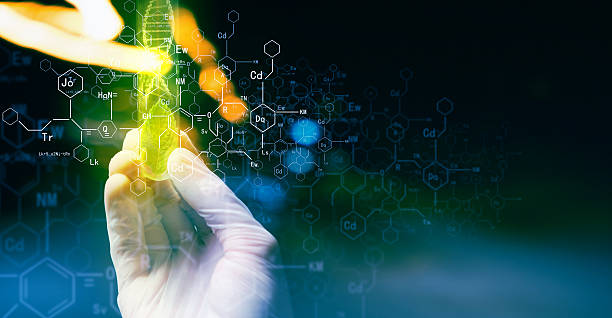 Within the next few decades to come, the exponential growth of the human population will face serious feeding limitations. The challenge within the prime color of the world lies in increasing crop production sustainably. It is of vital importance to harness the biotechnology behind C4 photosynthesis, to successfully integrate the C4 pathway genetically into C3 plants.

Rubisco catalyzes the carboxylation of ribulose-1,5-bisphosphate (RuBP) forming 2 molecules of 3-phosphoglycerate (PGA) in all plants. Rubisco enzyme can add oxygen to RuBP to form one molecule of PGA and another of 2-phosphoglycolate in the process of photorespiration. Phosphoglycolate is of no metabolic importance for photosynthesis, thus it reduces its efficiency. This process occurs in all C3 plants in conditions of high temperatures, high light intensities, and dryness.

Although it is impossible to replace Rubisco with another enzyme, the C4 evolution found out a promising solution. Instead of replacing Rubisco, it paved the way to concentrate CO2 around it, so it won’t be competitively inhibited by O2, which was also reduced in the process. The stepwise path to C4 photosynthesis should be noted to integrate the C4 engine into the C3 chassis.

The development of “Kranz anatomy” in the leaf structure, was the first step in the C4 evolution. This anatomy contains two rings around the vascular bundle, with inner bundle sheath cells and outer mesophyll cells. The CO2 producing dark reactions and O2 producing light reactions are now occurring separately in mesophyll and bundle sheath cells respectively. For this to happen both the cell types have to be extremely close to each other. For this to be achieved in a C3 leaf, the vein density has to be enhanced.

The modification of plant growth hormone, auxin production has to be achieved to modify the ground tissues to become procambial cells which are responsible for greater vein density. A theoretical approach was suggested to enhance the vein density in C3 leaf where the leaves were grown under high irradiance which developed a denser vein network. Higher venation leads to an increased ratio of bundle sheath to mesophyll cells.

When the number of bundle sheath chloroplasts is increased, the necessity for metabolizing the Phosphoglycolate will require an increasing number of mitochondria and peroxisomes. In C3 chloroplasts, photorespiration will release unfixed CO2 free. This free CO2 should pass several cell layers to escape from the leaf which enhances the chance of refixation. In extant C3-C4 intermediate species, a photorespiratory Gly shuttle pumps CO2 into the bundle sheath cells overriding the competitive oxygenase reaction of Rubisco. The establishment of such a photorespiratory CO2 pump in C3 leaf anatomy is an important intermediate step in the path to C4 photosynthesis which can be achieved by restricting the expression of a gene encoding the subunit of the Gly decarboxylase multienzyme complex in bundle sheath cells. The increasing number of organelles may have been a result of the establishment of this photorespiratory CO2 pump.

It has been observed that the C3 – C4 intermediate species of the genus Flaveria, has higher levels of PEPC transcript and proteins compared to the C3 species of the same genus. An increase in the levels of carbonic anhydrase, malate dehydrogenase (MDH), orthophosphate dikinase (PPDK), and PEPC in mesophyll cells in C3 plants should be initiated genetically as the first step for the establishment of a complete C4 cycle. MDH catalyzes the conversion of OAA to malate whereas PPDK catalyzes pyruvate to PEP conversion which is equally essential in the C4 pathway.

Furthermore, decarboxylation enzymes NADP-ME and NAD-ME should be shifted from already increased vascular tissues to the bundle sheath cells. Decarboxylation occurs in Bundle sheath cell chloroplasts via NADP-malic enzyme (NADP-ME) which increases the CO2 concentration in bundle sheath cells. The NADP-ME subtype is abundant and well-characterized in monocots such as maize, which is chosen for C4 engineering. Genes cloned from C4 species maize, are introduced into the rice and the endogenous rice genes are masked. Rice as a C3 plant is important for human consumption which paved the way for interesting researches that focused on increasing its yield efficiently.

After the introduction of the relevant enzymes, transportation pathways have to be established without which the intermediate molecules don’t have the necessary routes to move. This follows the cloning of putative OAA/malate antiporter (OMT1), putative dicarboxylate transporters (DiT1 and DiT2), and PEP/phosphate translocator (PPT1), from maize. These transporters have been identified from differential proteomic studies.

Even with the introduction of all the C4 pathway genes encoding components into the C3 anatomy, it is of vital importance that they are expressed correctly with Mesophyll or Bundle Sheath cell specificity. It is of correct knowledge that the intact genes for PEPC and PPDK have not build up cell specificity in C3 leaves. Therefore the entire length of the maize gene has been cloned and placed into the rice which increased the possibility of obtaining correct cell specificity.

Nevertheless, some genes still lacking cell specificity are fused either to the Mesophyll cell-specific promoter, (ZmPEPC) or the Bundle sheath cell-specific promoter (OsPCKI) with a noplaine synthase (nos) terminator at the 3′ end. In this strategy, the presence of cauliflower mosaic virus promoter (CaMV 35S) which is often used to express the selectable markers in plants, can minimize the cell specificity of C3 plant rice for the C4 gene expression. Therefore in Genetic modification, the CaMV 35s promoter and the selectable marker from the maize gene have been separated into two different plasmids and later co-transformed into rice genes.

Upon understanding the changes that did occur in the transition from C3 to C4 naturally, the gene expression in the story of maize to rice has been favored with the current advancement in biotechnology. These successful integration techniques are yet to be applied on large scale to achieve wealth from C3 plants like rice which is perhaps the most important crop for human survival.