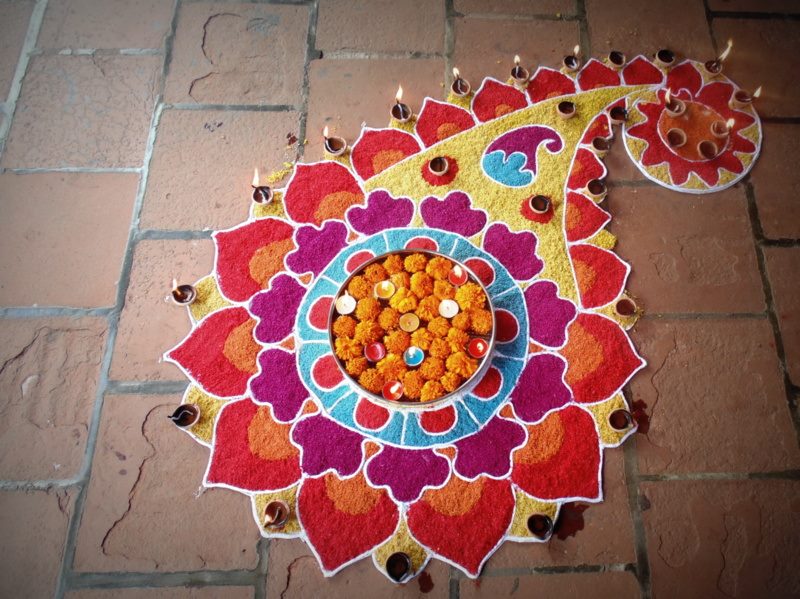 (First I would like to thank Geeth Hettiarachchi who inspired me to write this account and Charuni Pathmeswaran, who made my terrible English to Magnificent one! 🙂 ) “Kalai Vizha” of Hindu Society of University of Colombo was held on the 19th of October 2014 at the Ramakrishna Mission Hall, Wellawatte. The Kalai Vizha (literally means “festival of fine arts”) is the annual event of Hindu Society which usually gets the attention of the public by exhibiting the amazing talents of the University students. Kalai Vizha of this year entirely moved with the theme of “Ramayanam” which is one of the two main great Hindu epics, the other being “Mahabharatham”.
The program started at 3.30pm with the lighting of the traditional lamp. This year, the lightning of the lamp was carried out by the students in a different way. When the guests were asked to light the traditional lamp, not only them, but the audience too were shocked! Yes, there were no traditional lamps! The screen on stage was withdrawn and there were five maidens standing on stage with lamps in their hands. It gave an attractive look to the event when the lamps were lit in this manner. Hon. Mr.A.R.Surendran (President’s Counsel) was the Chief Guest and Kalapooshanam Mrs. Vasantha Vaidyanathan was invited as the Guest of Honor for the event. After the Welcome Address and Welcome Dance, the Keynote Address was given by Mr.V.Naresh, thePresident of Hindu Society. This was followed by orchestration with Carnatic instruments such as Veena, Violin, Tabla and so on. The winners of the Annual Inter-Faculty Documentary Competition, Folk Dance Competition and Essay Competition organized by the Hindu society, were awarded with certificates. The climax of the event was when the most anticipated drama of the event “Vengayam” (which means ‘onion – nothing inside while stripping’) took place which showed the ‘pretending’ mindset of the contemporary community. It also set a record as the first ever Tamil drama in the history of University of Colombo with the highest number of participants – thirty five!
The event came to an end with the Vote of Thanks given by the Secretary.