on the month of October

Today they celebrate the 72nd anniversary

force that shines along

October 10th is a very important day in the Sri Lanka Army calendar. It is the day on which this great force was established. With the dawn of independence, a decision was made to raise an Army. The government took steps to establish a regular and professional Army. To achieve this, an act to provide for the raising and maintenance of an army was passed. It was called “The Army act of No 17 of 1949.” On the 10th of October 1949 under the signature of D.S.Senanayake as the Minister of Defense by a gazette notification authorized the raising of the Sri Lanka Army under the army act No 17 of 1949. As the act stated, the Governor-General had to appoint a fit and proper person as the commander of the Army.

The first commander of the Ceylon Army was Brigadier the Earl of Caithness D.S.O. The first task of the 1st Army commander was to select suitable senior officers with experience to help him to build up the Army. He was able to choose three people who had commanding experience during world war II and also they were graduates of Oxford and Barristers of the Inns of court in England. They were eminent men. These highly respected men were, 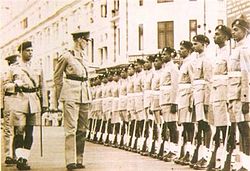 Brigadier Muttukumaru was the 1st Sri Lankan to become the Army commander. On the 22nd of May 1972, Ceylon Army was renamed as Sri Lanka Army. The motto of this force is “For The Fatherland”. The colours are gold, blue and orange. Since that historic day, the Sri Lanka Army has been the protector of our nation.

On the 19th of May 2009, with the leadership of Field Marshal Sarath Fonseka, the brave soldiers were able to declare the victory of ending the war with the LTTE which had lasted for nearly 30 years. To achieve this, many soldiers made the supreme sacrifice and many others became disabled due to war injuries. The Sri Lankan people, Sinhalese, Tamils, Muslims, and Burghers were grateful to the armed forces for letting every citizen, young or old, live and travel peacefully without any fear by putting a stop to the bomb blasts that took many innocent lives. 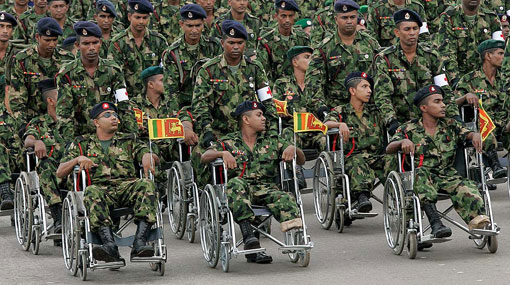 Sri Lanka Army is considered as a humanitarian Army. At the end of the war, the soldiers were seen helping the civilians trapped in the war zone to be evacuated. Not only at the war but when natural disasters like floods, landslides occurred it was this brave Army that came to the rescue of the victims.

In the pandemic of Covid-19, the Sri Lanka Army is playing a major role. They are maintaining the quarantine centers, and are involved in the vaccination drive. These soldiers are not only giving their service but also they are seen donating even their blood to save lives. 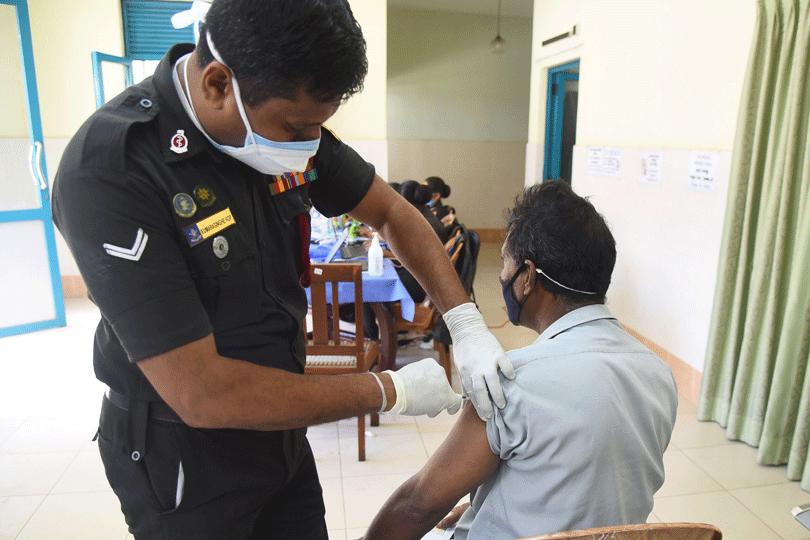 The Sri Lanka Army consists of both officers and other rankers. The officers are commissioned. The officer structure begins from Second Lieutenant and goes on as Lieutenant, Captain, Major, Lieutenant Colonel, Colonel, Brigadier, Major General, Lieutenant General, General, Field Marshal. The highest rank in Sri Lanka Army is Field Marshal though the rank has no appointment in the Army. It was first awarded in 2015 as an honorary rank to Sarath Fonseka for his service during the war. The rank has been awarded for his whole lifetime.

On this special day, let’s salute the legendary force ‘Sri Lanka Army’ and wish the army a happy anniversary and hope that they would shine always and make Sri Lanka strong.