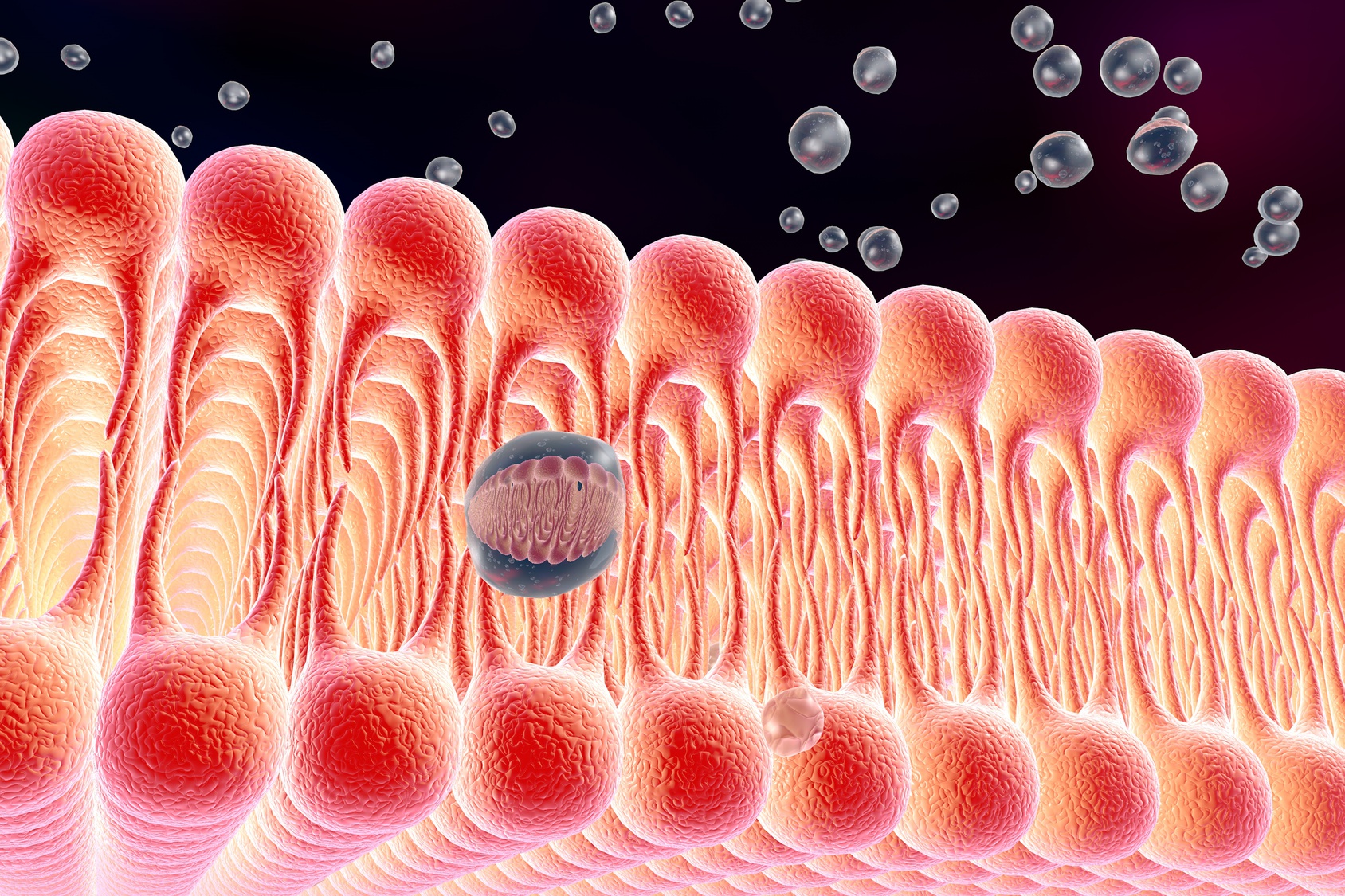 Lipid rafts can be defined as changing, nano-scale structures formed by assembling sphingolipids, cholesterol, and proteins which can be stabilized to coalesce, helping in membrane signaling as well as trafficking. The lipid raft concept suggests that the plasma membrane is not exactly a structurally passive solvent as it was believed to be, but a preferential association between sphingolipids, sterols, and proteins providing lipid bilayer with lateral segregation. potential.

Assessing the proposed concept was initially based on indirect methods, which could have been faulty due to artifacts. However, the advancement of technology has given compelling evidence as proof for the subcompartmentalization of cell membranes due to the self-organization of lipids and proteins. This concept is a novel one which has begun to seed a mere 50 years ago. It was originally introduced as a clarification of the unique property of sphingolipids and cholesterol which is self-associative in vitro, thereby promoting selective lateral segregation along membrane as a basis for lipid sorting in vivo.

Characteristics of lipids are the ability to assemble into 2D crystalline membranes which were earlier thought to be incapable of forming coherent lateral structures. The lipid raft concept paved the way to discover cholesterol-dependent lateral segregation. During the embryonic stage of concept that is to say around the 1970s,’ it was believed that those are areas of chemical linkage of hydrogen bonds among head groups and sphingosine bases thereby increasing the associative-potential with cholesterol.

In the 1980s’ it was discovered that the combined effect of rigid sterol rings favoring interactions with straight and stiff hydrocarbon chains of saturated lipids along with the interaction of cholesterol pushing hydrocarbon chains into expanded conformation while increasing thickness as well as segregation through hydrophobic mismatch, there coexist 2 phases of lipid bilayer; a thick, liquid-ordered Lo phase and thinner, liquid-disordered Ld phase. Also, during that period, it was biochemically accepted that lipids are occasionally sorted inside cells owing to the evidence of polarized epithelia where glycosphingolipids are abundant at apical surfaces and budded viral envelopes of vesicular stomatitis virus.

During the 1990s’, resistance was observed among sphingolipids, cholesterol, and a subclass of protein towards cold detergent extractions suggesting the intrinsic heterogeneity by rafts. These Detergent Resistant Membranes (DRM) proposed that there are sterol-dependent sphingolipid and protein associations within the lipid bilayer. In the same period, it was assisted by the drag measures of antibody-bound raft proteins and observation of immunogold-labeled raft antigens via electron microscopy, displaying sterol-dependant and selective coalescence at cell surfaces.

One of the main functions of lipids in the bilayer is to be a solvent for membrane proteins. However many types of lipids are dispersed across the exoplasmic and cytoplasmic leaflets of the bilayer, asymmetrically. Moreover, these lipids show organization in lateral dimensions imposing short-and-long-range order. This is believed to have risen from the preferential packing of cholesterol and sphingolipids forming motile platforms or rafts onto which protein can be attached in the membrane. Thus the function of these microdomains can be compressed as transporting selected membranes or serve as relay stations during intercellular signaling.

Cell membranes of epithelial cells are polarized into two domains namely apical and basolateral. The apical domain is full of sphingolipids whereas the basolateral domain is enriched in glycerolipidphosphatidylcholine. These are localized in exoplasmic leaflet and they are devoid of mixing utilizing tight junctions between the two cell-surface domains.

Novel sphingolipids which are synthesized within epithelial Madin-Darby Canine Kidney (MDCK) cells are sent to the apical domain by forming clusters of sphingolipids. These clusters are assembled at exoplasmic leaflets of the Golgi apparatus are the sorting centers for special proteins that are scheduled to be transported to the apical domain. Besides small invaginations of the plasma membrane which are known as caveolae also contain sphingolipid clusters and also require cholesterol to operate. They engage in endocytosis as well as transcytosis thereby making membrane trafficking a function of membrane rafts.

According to the accepted model of membrane rafts, sphingolipids employing weak interactions among carbohydrate heads of glycosphingolipids, interact with each other laterally within the exoplasmic leaflet. Head groups of sphingolipids alone responsible for the larger excluded areas in contrast to their lipid hydrocarbon chains which are saturated. Any gaps if present is duly filled by cholesterol molecules serving as spacers. This closed pack unit act as assemblies where unsaturated phosphatidylcholine molecules occupy intervening fluid regions. Glycosphingolipids of exoplasmic leaflet have lengthy fatty acid that is amide-bonded to sphingosine base. They can interdigitate with the lower cytoplasmic leaflet. Besides, individual lipids can travel in and out of the assembled raft, thereby inconvenient detecting the raft in spectroscopic means.

Studying lipid rafts is also attributed to many membrane events including; T cell activation and virus entry or budding. A well-organized structure is assembled at the interphase of cell surfaces in the interaction of a T cell and an antigen-presenting cell. There cholesterols and sphingolipids are readily available and a liquid-ordered phase that can accompany the signaling protein on and off can be formed. Rafts can also act as a molecular sorting mechanism with the ability to coordinate spatiotemporal organization at signal transduction routes within selected areas known as ‘signalosomes’ present in the cell membrane. Thus cellular and exogenous proteins capable of interacting with lipid rafts utilize them as transport shuttles on the cell’s surface. Owing to these facts, different pathogens including Human Immunodeficiency Virus 1 (HIV-1) as well as various toxins employ membrane rafts as an entry portal. When HIV-1 is considered, conformational changes to the cell membrane along with lateral assemblies are regulated by raft microdomains in favor of the fusion of the virus with the host cell.

Ever since the initial descriptions and characterizations of lipid rafts, the sector has been beset by conflict from their existence right down to the specific aspects of the way to isolate these structures within the laboratory. However, this agreement is that lipoid rafts represent dynamic structural parts of cellular membranes integration signaling events and control cell functioning. So it’s been found that their dysregulation will cause diseases related to the nervous system together with Alzheimer’s disease, Parkinson’s disease, etc. Lipid rafts are involved because of the sites for an excellent variety of signaling pathways. Perturbation of, or changes, in lipid rafts may affect somatic cell signaling and cholinergic transmission. As cholinergic hypofunction is vital to the pathological process of Alzheimer’s disease, their square measure robust links between lipoid rafts, somatic cell sign pathways, and Alzheimer’s disease. However, the possibility of raft homeostasis being regulated with the help of synthetic sphingolipid analogs and different strains of sphingolipids present opportunities to discover novel therapeutic interventions regarding membrane raft-associated diseases.