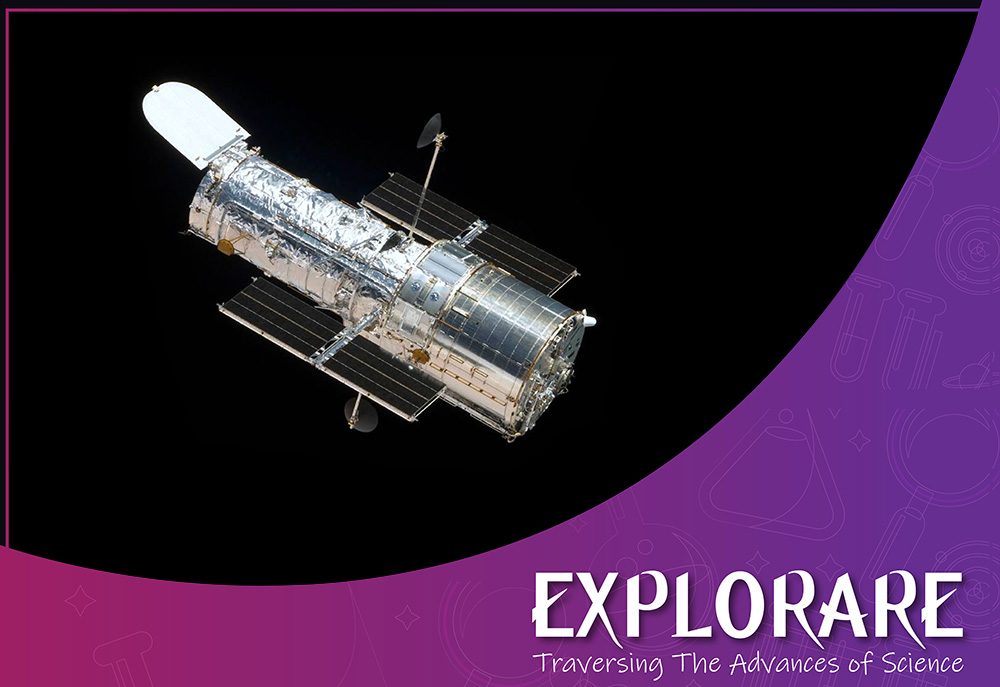 On April 24, 1990, NASA launched a device capable of observing space like never before. This device was called the Large Space Telescope and was later renamed the Hubble Space Telescope after the brilliant American astronomer whose contributions revolutionized the field of astronomy. The Hubble Space Telescope is now one of the most versatile space telescopes currently in orbit around the Earth, helping fulfill one of humanity’s greatest desires: to reach the stars.

The need for space telescopes was realized after a proposal was made for their launch by Lyman Spitzer, an American theoretical physicist, in 1946. Space telescopes could circumvent many constraints that are present in ground-based observatories, such as atmospheric effects and light pollution.

The work to build the Hubble Space Telescope began after the U.S. Congress authorized its construction in 1977. It took another 13 years for it to be finally launched due to hampered progress caused by budget issues and technical delays. The construction of the telescope was handled by many institutions, such as the Marshall Flight Center in Huntsville, Alabama – which led the design and development of the telescope – and the Goddard Space Flight Center in Greenbelt, Maryland – which led the design of scientific design and ground control.

The Hubble Space Telescope was designed to have a length of 13.3m – which is about half a basketball court – and currently weighs about 12,200 kg. The telescope has two mirrors used to focus light: the primary mirror and the secondary mirror. These mirrors are arranged in what is known as the Cassegrain telescope design—a combination of a primary concave mirror with a secondary convex mirror.

The telescope is also fixed with six gyroscopes that measure the rate of motion and assist in pointing Hubble in the direction of the target. Hubble also possesses five sun sensors that are used to determine the position of the sun.

The Launch and what came after

After many delays, modifications, and upgrades to the initial design, Hubble was finally launched on the STS-31 mission by the space shuttle Discovery on the 24th of April 1990. The first images sent subsequently by the telescope, however, were deemed to be worthless. This was due to an error in the telescope’s primary mirror which caused it to be flatter by a fraction of the width of a human hair. This resulted in what is known as spherical aberration, which resulted in blurred images.

The flaw in the mirror meant that most programs could not be carried out as they required observation of distant, faint objects. As a result, NASA’s competence was brought into question, and the Hubble Space Telescope became a comedian’s joke. However, scientists managed to conduct observations of proximal objects while using sophisticated image processing techniques to compensate for the error until a servicing mission was sent in 1993 to resolve the issue.

NASA engineers designed an improved, second-generation camera called the Wide Field and Planetary Camera 2 (WFPC2) and integrated corrective optics into the camera. This camera was used to rectify the flaw in the primary mirror. They also built another instrument known as the Corrective Optics Space Telescope Axial Replacement (COSTAR) to fix any effects of the primary mirror on the rest of the telescope’s instruments.

The first serving mission (SM1) was launched in December 1993, allowing the installation of WFPC2 and COSTAR. Over the years, Hubble received four further servicing missions. The second servicing mission (SM2), in February 1997, allowed the installation of the Space Telescope Imaging Spectrograph (STIS) and the Near Infrared Camera and Multi-Object Spectrometer (NICMOS). STIS enabled the analysis of the composition, temperature, and motion of celestial objects from the light it received, while NICMOS allowed scientists to obtain images of the universe at near-infrared wavelengths.

The third servicing mission was split into two: SM3A and SM3B. These took place in December 1999 and in March 2002. SM3A was carried out to replace Hubble’s gyroscopes, while SM3B replaced the Faint Object Camera (FOC) of the telescope with a more powerful instrument called the Advanced Camera for Surveys (ACS). SM4, the final of the servicing missions, added two more scientific instruments called the Cosmic Origins Spectrograph (COS) and the Wide Field Camera 3. These servicing missions enabled Hubble to last longer than its estimated 15-year lifespan.

To infinity… and beyond

Any astronomer would agree that the Hubble Space Telescope’s contribution to the field of astronomy is priceless and unmatched. To this day, this marvel of human engineering is one of humanity’s greatest inventions. The cosmic amounts of data that have been gathered by the telescope over the decades have allowed scientists to make groundbreaking discoveries, such as determining the age of the universe.

Orbiting about 547 km above the Earth’s surface, Hubble has made more than 1.3 million observations over its lifetime. Hubble assisted scientists in generating the largest-scale 3-D maps of dark matter distributed in the universe. Hubble also discovered Nix and Hydra – two of Pluto’s moons and captured the very first images of auroras around Jupiter and Saturn, as well as the first visible-light images of what is considered to be an extrasolar planet.

The Hubble Space Telescope has resulted in over 19,000 peer-reviewed scientific articles covering many aspects of astronomy, from black holes to the birth of stars. The stunning images taken by Hubble of the vast cosmos re-kindled the public’s interest in space science and exploration after it started to dwindle following the moon landing in 1969.

The Hubble Space Telescope’s role in advancing our understanding of the universe has truly been astronomical and continues to help mankind reach the stars.