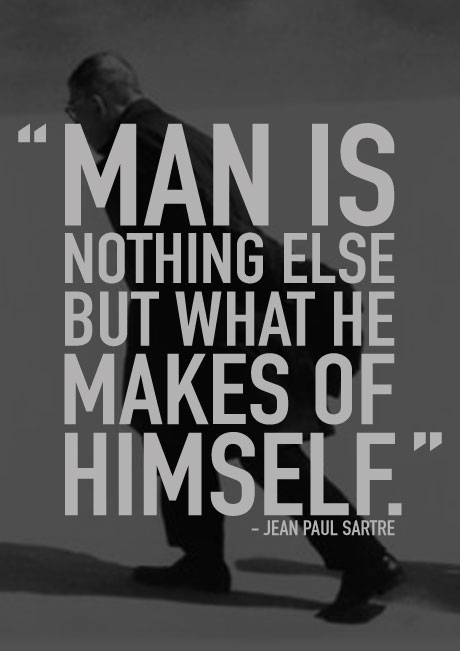 Meaning of life.
The first remark that should indispensably be made on this topic is that there is no objective meaning in life in a secular universe of discourse. Consequently, it shall be absurd to mock one’s ultimate aim in life however much eccentric it may be. The meaning of life is what man makes of it. This is simply the philosophy of existentialism. It makes sense to hold such a philosophy. As a matter of fact, as elucidated by the fathers of existentialism-specially Sartre- the existence of man precedes his meaning. The meaning of man is what he becomes having all the discretion he has on his choices and existence with him and him alone. If he does good he does good and he does good if he does good. He does good if and only if he does good. Same goes for the bad he does and the bad subsisting under the depths and heights of life. Now one might refute this claim by bringing natural bad existing in the form of diseases and various other calamities into this picture of the world without bounds. It may seem as though there is a conspicuous contradiction between the aforementioned claim of bad and the concept of natural bad. However it should be observed that this natural bad is but an element of life. What is natural be natural for one does not ask why we breathe or why man walks by foot rather than by hand. The questions about natural phenomena are absurd within this context. Hence, the question about natural bad is absurd. This is because what is natural is natural and thus immutable or irresistible to the external forces exerted on them by man with thoughts of refashioning them into a form that is not in their essence. Man is irresponsible of such matters but the nature is. What he is responsible of is what he does, and therefore what is paramount in this search for the meaning of life is this same matter. Therefore the so-called contradiction is banished from the sphere of reason. Existentialism in a sense must be a nightmare for the irresponsible and the atrocious. They are fettered within the constraints of mere reason. They cannot wash their hands and utter the words of a child and deny their part in their actions and the corresponding sequel. Nor, is there going to be a burden on the concept of God. God, if He exists, verily, is redeemed by existentialism from some insuperable paradoxes. Infact God has not an iota of responsibility for the good or the bad happening in life. Hence the concept of God is an unnecessary symbol or an hypothesis under this universe of discourse. What is being said over and over is that man and he alone has to find the meaning of life and no one else. But one question shall remain. That is, “what is the meaning of the meaning of life?”. And that, I shall not answer.