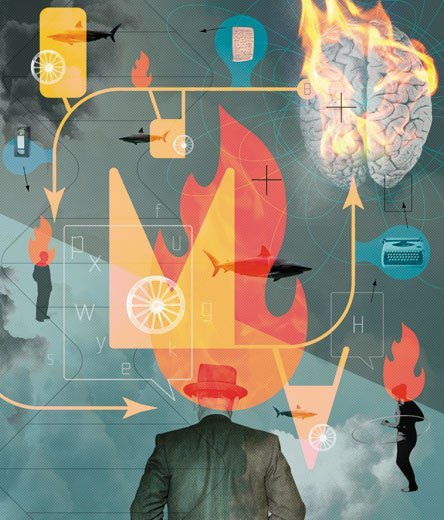 What do TikTok trends, Sri Lankans honking their horns invoking a certain black bird, catchy tunes that everyone hums, adding an ‘m’ between syllables of a word, “sad doge”, “distracted boyfriend”, and “traumatized Mr. Incredible”, all have in common? They’re memes! At least by the broad and original definition of the term…

In his highly influential 1976 book The Selfish Gene, prominent evolutionary biologist Richard Dawkins coined the term “meme”- a unit of cultural replication. In his later book Unweaving the Rainbow, Dawkins summarizes some of his insights on this topic.

Genes as you would know, are copied from parent to offspring across generations. By analogy, a meme is something that replicates itself from brain to brain through writing, speech, gestures, rituals or other phenomena that can be mimicked. Examples include; involuntarily humming tunes that you heard someone else hum, the spread of conspiracy theories and chimpanzees of certain local areas learning to fish for termites with sticks or cracking nuts with stones on a log, by imitating each other.

As Dawkins puts it, genes would spread simply by virtue of their parasitic effectiveness but in another view, they can be said to spread because of their ability to improve their host organism’s abilities, thus making it more successful at reproduction. He draws parallels between the spread of a catchy but insignificant musical tune to that of the spread of virus DNA, due to their parasitic effectiveness. And also, between the passing of great ideas and insights, skills and techniques, to the spread of genes according to the second view above, for example, improving the hawk’s eyesight.

Memes would not spread, if not for the biologically valuable tendency of individuals to imitate. Natural selection working on genes may have favored imitation, such that the individuals that are genetically predisposed to imitate would be more successful at survival or appeal, hence reproduction due to being able to quickly pick up skills that others may have taken a long time to learn.

The tendency of individuals to imitate is illustrated by a notable scenario in the 1940s when the habit of opening milk bottles spread among small birds known as blue tits. Pecking through the lid of delivered milk bottles on the doorstep is not a common thing for birds to do, and two zoologists recorded the series of epidemics of blue tits raiding milk bottles as the behavior spread outwards by imitation from the focal points where it started.

He further ventures to say that like a species’ gene pool, a group of minds- a ‘culture’ forms a collection of memes, which is called a ‘memeplex’. Memes don’t just jump between minds but also compete within our minds for replication. The invasion of our minds by memes and their complex competition within may facilitate the evolution of the mind. The individuals who are the best imitators of the “trendiest memes” ( ;p ) would have the best reproductive success. This implies that while memes are selected for their ability to spread themselves, genes are selected for their ability to produce individuals that are in turn good at spreading memes!

At the outset, you may not have expected this article to dive into these kinds of topics. I too was amazed when reading Unweaving the Rainbow and halfway into a chapter on evolution, the word ‘meme’ came up! Regardless, evolution is an endlessly fascinating topic where (especially mathematics students should note) logical and statistical thinking should be applied to be comprehended and further applied to new scenarios. The Selfish Gene and other works on evolution by Richard Dawkins are excellent entry points, exposing you to the beauty and complexity of life. 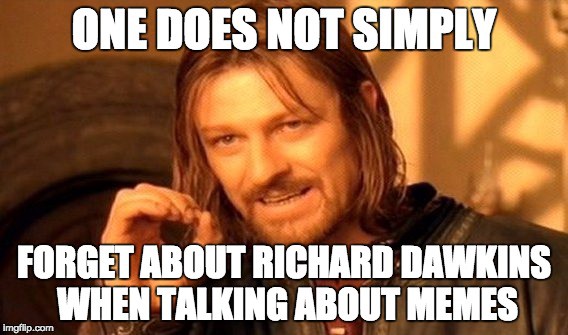 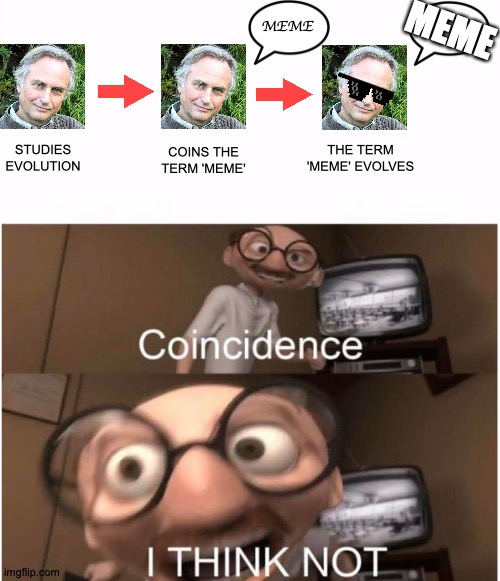