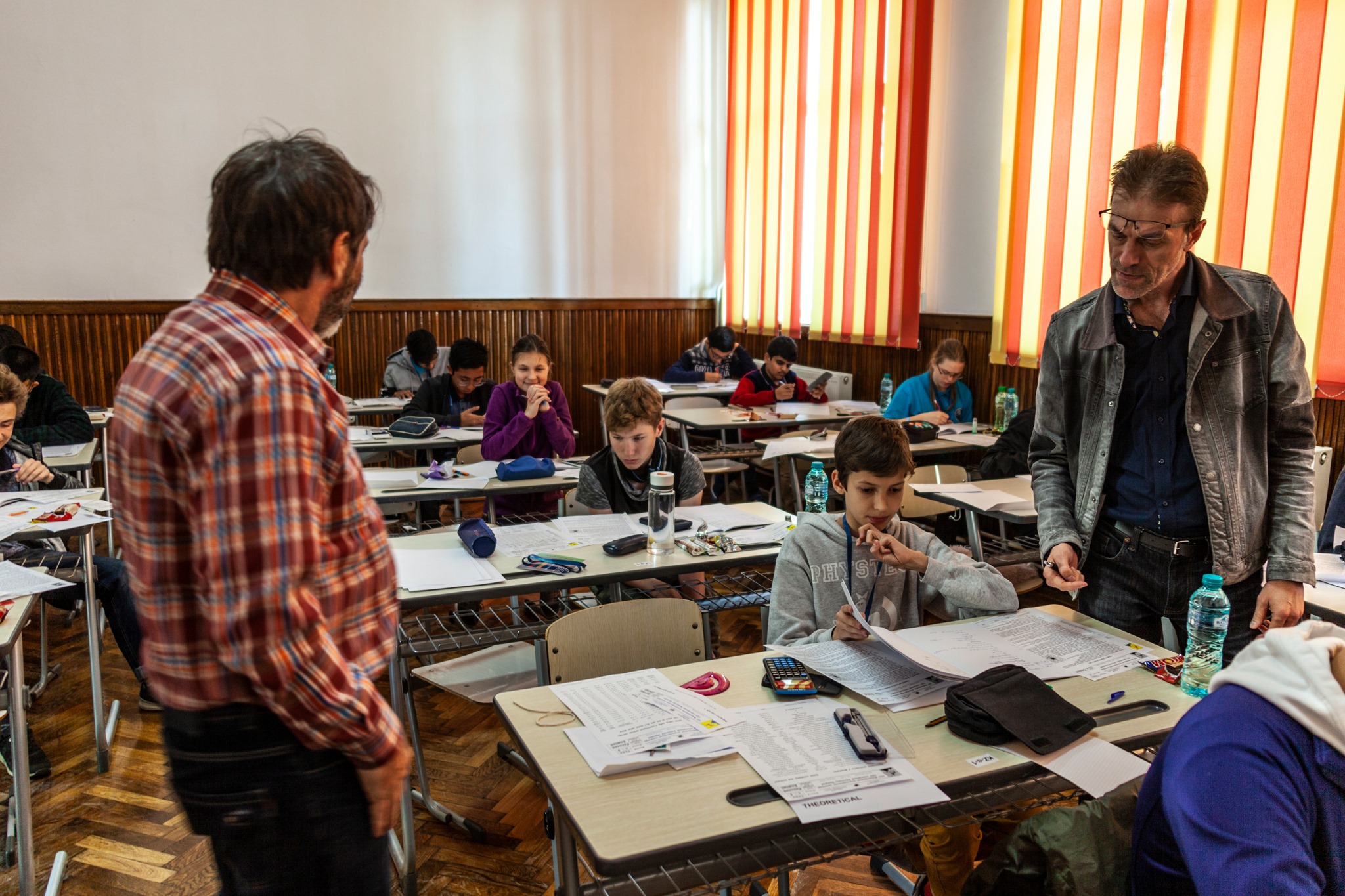 Beginning of the Big Days of IAO 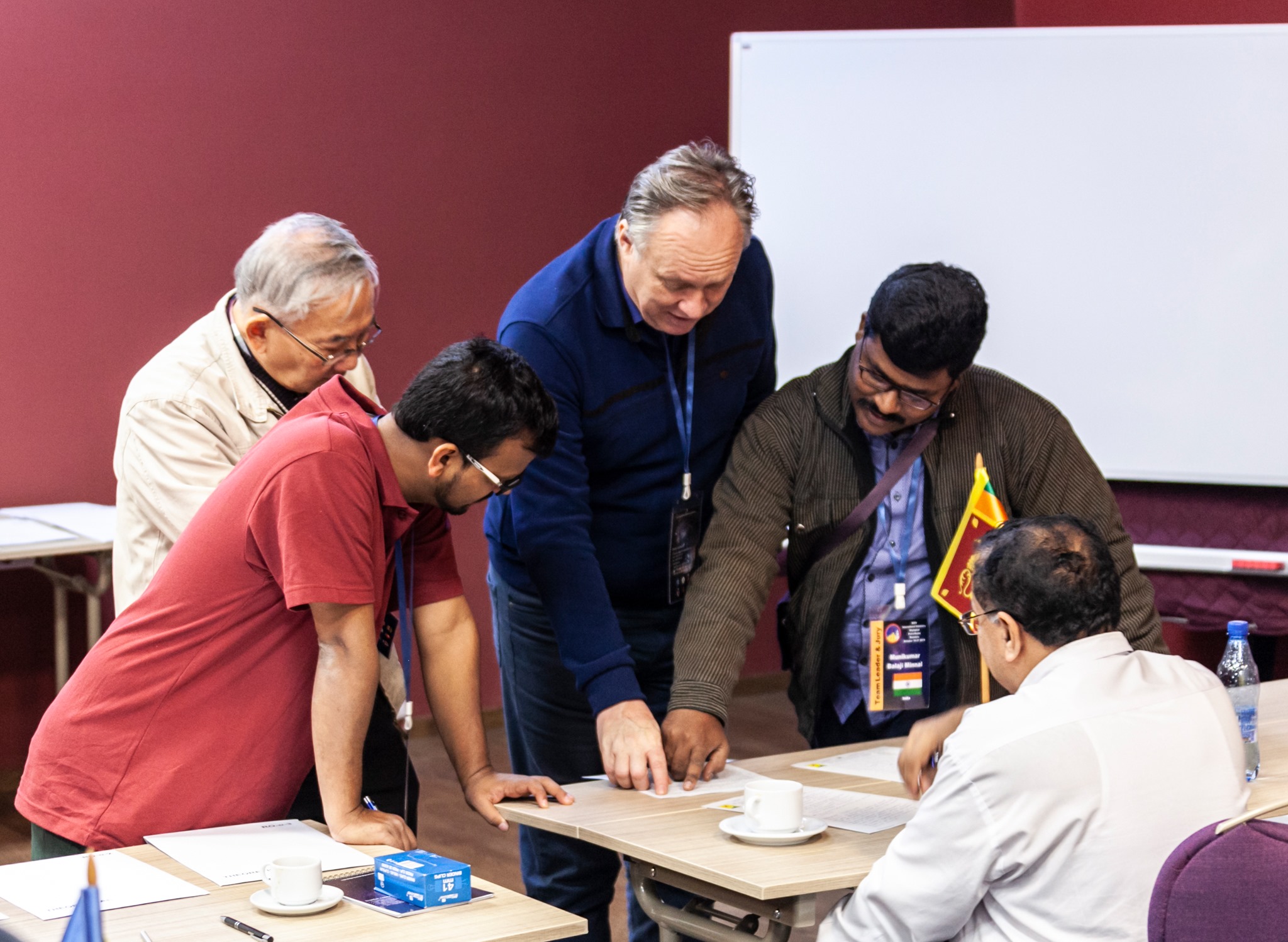 In the morning of the very first day after the opening ceremony of IAO, theoretical question round started at Petru Rares National collage. Our team finally got the chance to show their knowledge and what they’ve got in during all the time they spent learning astronomy. As a jury member Prof. Chandana Jayarathne worked hard by translating question papers and setting questions to give the best competition.

While our little team was facing these big hurdles, their team leader who was appointed by Romania to take care of their team, got some time off. During that time, he took chance to visit the National College of Computer Science. After spending more than four hours answering the paper our team finally removed one of the biggest headaches they had. All of their faces were dull, when they came out of the exam hall. 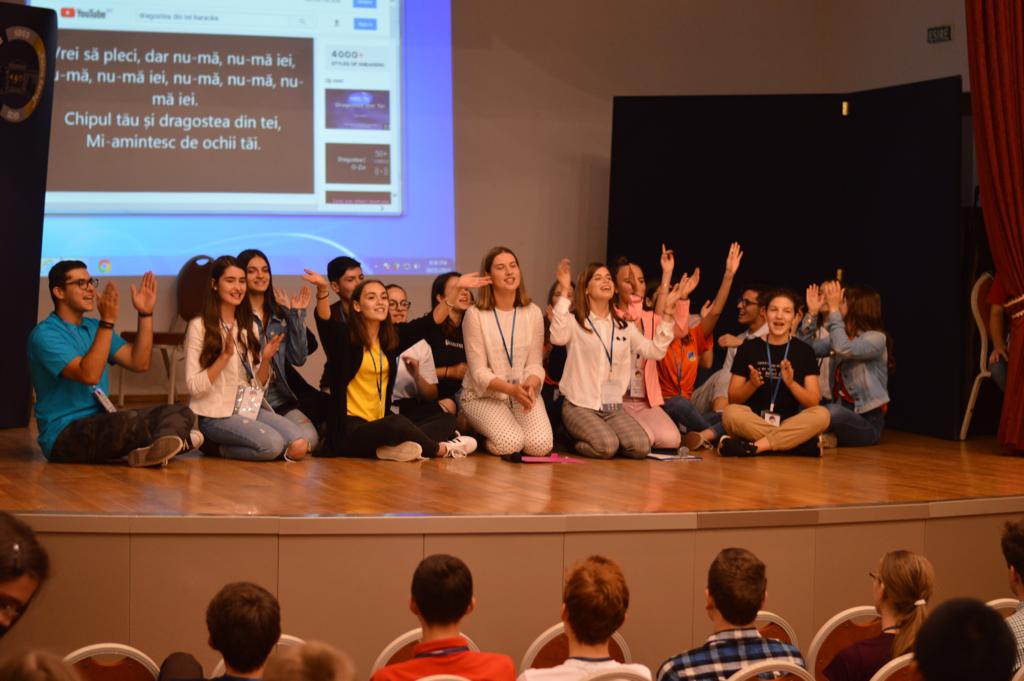 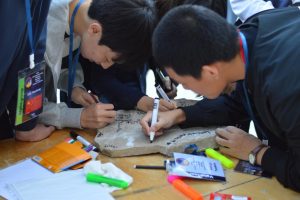 In the evening, in order to relieve stressful minds, team organizers arranged a karaoke hour. Teams sang songs in various languages and danced too. They practiced Romanian traditional dance too. Also there were group games, organized by high school students. They were carried in English giving students the chance to introduce themselves. There was opportunity to put a colorful hand-print on a big canvas in addition to dancing. Some used that chance to escape dancing which wasn’t their thing. After a playful time students were free of exam stress. Also, they got a chance to have a further look up in landmarks of Piatra Neamt while walking up along a pedestrian area in royal court complex. It gave historical information about the city. 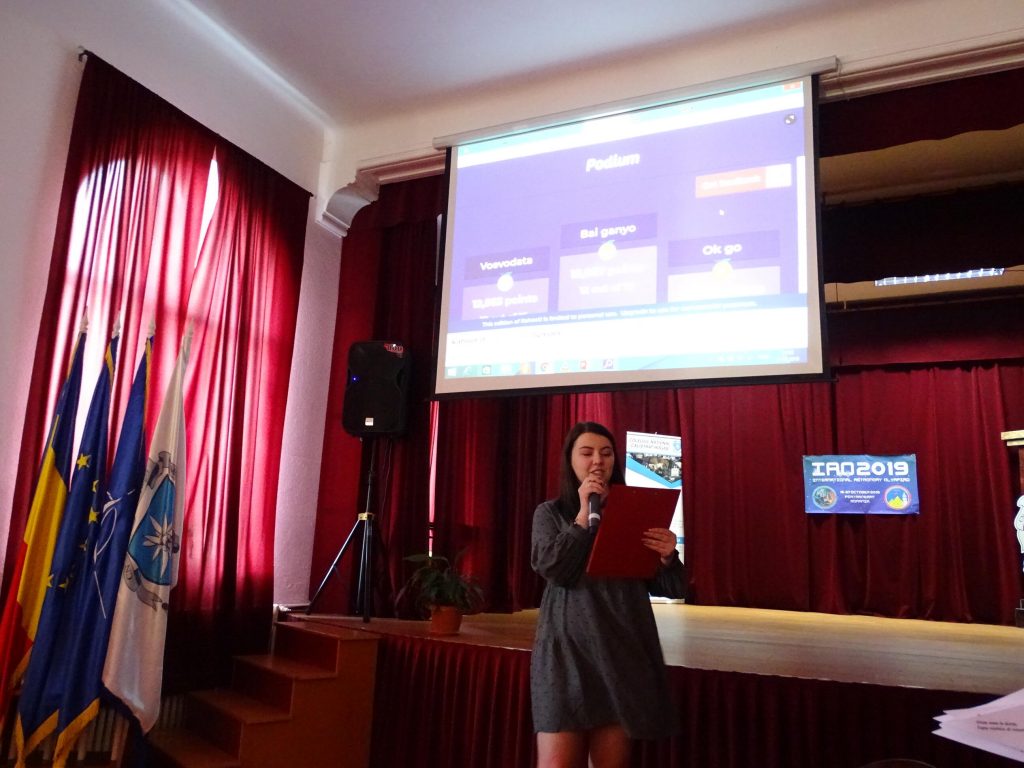 While one group was getting this chance, another group including our team got chance to attend a special program. It was organized by ‘Calistrat Hogas‘ National College. First they welcomed us with their school flag and delivered leaflets with information about school. Then  all went on school tour and volunteers showed how special their school is. After that they, invited teams to the Sidonia Hogas festivity hall to give some entertainment for students with stressful minds. First they showed a presentation about college history. Then Stellaria Astronomy Club explained their ARISS project which contained about communication with cosmonaut in ISS with radio contact. This made some interest in competitors mind, but was not enough to completely evade stress in their minds. 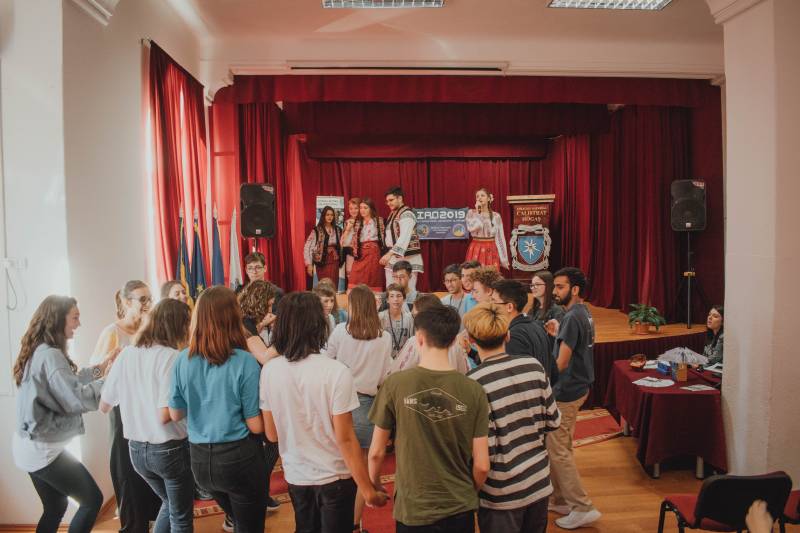 Therefore, organizers gave an online quiz titled “Ace of Space”. This definitely gave a thrilling moment for all. Also, there was music session with college band. All of these made kids to have some fun time.

After a joyful time our team along with others, got a practice session with telescopes. That was held at the basketball yard in Petru Rares National College. They gave students, proper practice and information including some observational round for the teams. 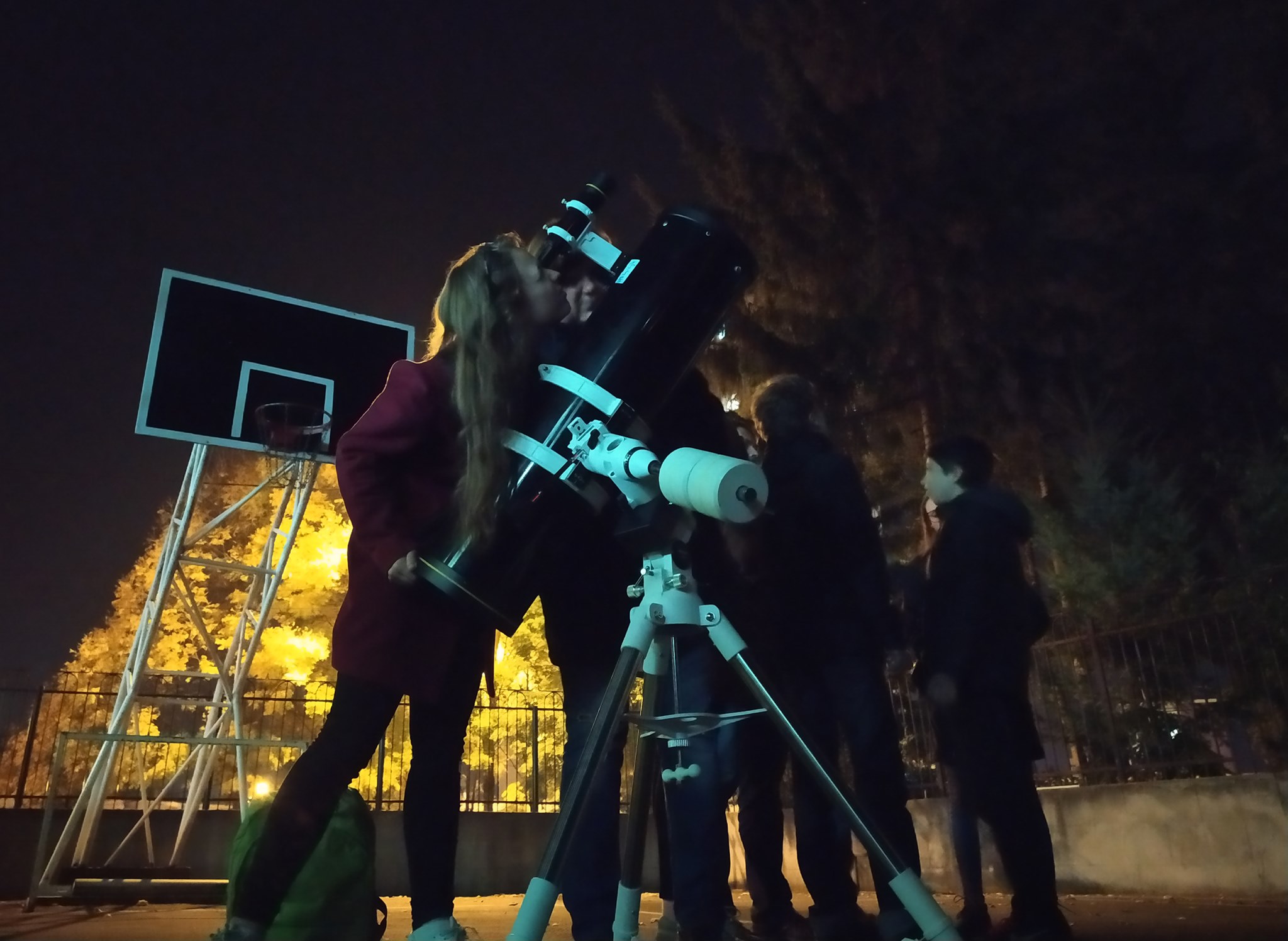 Conference in the Middle of the Way 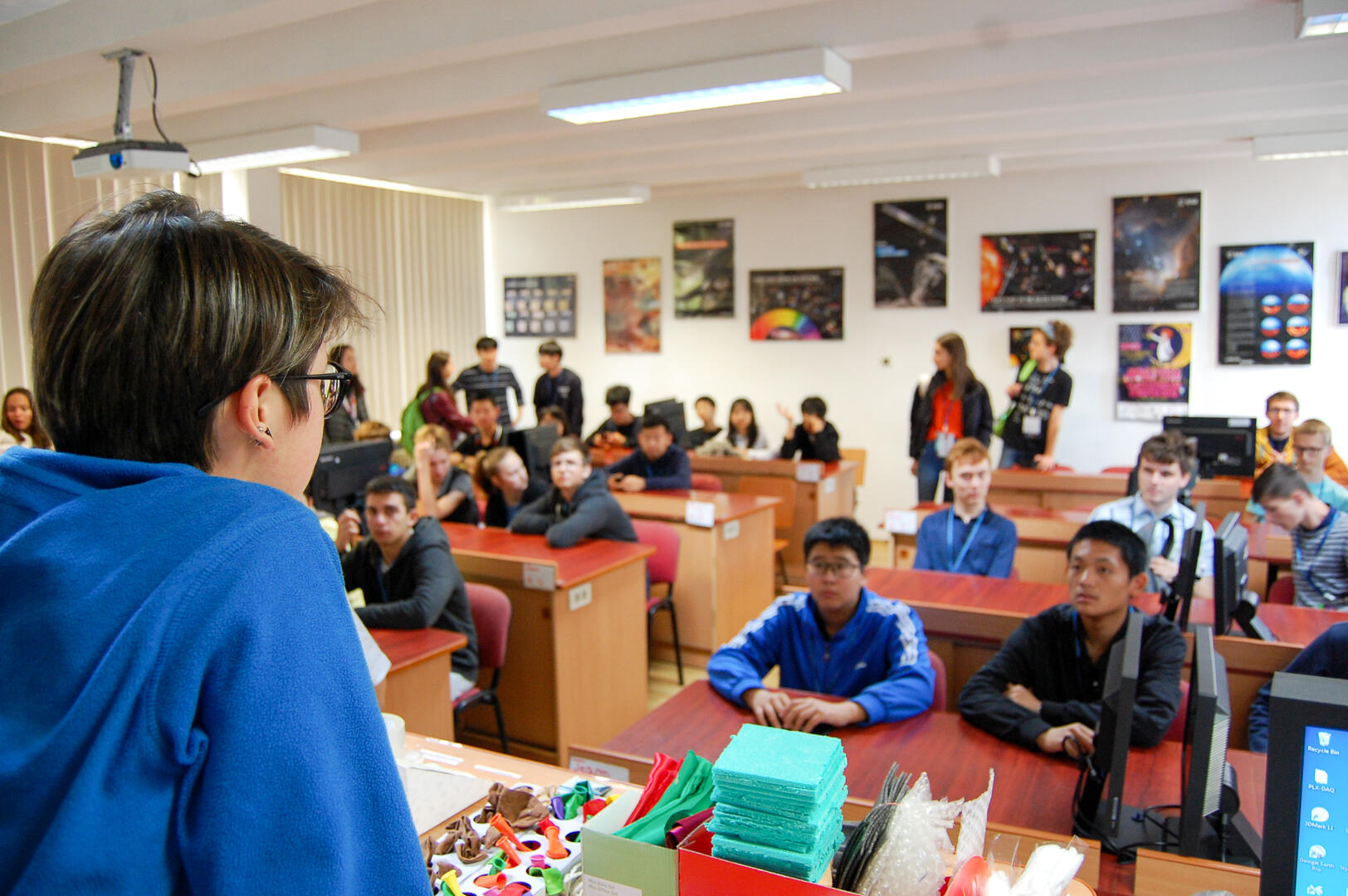 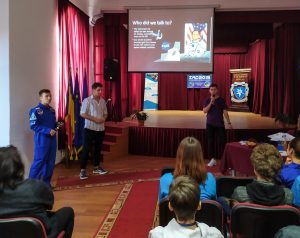 After a day of the theoretical question round, our team got a special chance to involve with modern scientific trends. National college of computer science organized a series of activities which was like a conference. The robotic team, CYB3RG0DS brought their new projects and showed BRD First Tech Challenge competition equipment and demonstrated their activities to the competitors in IAO. 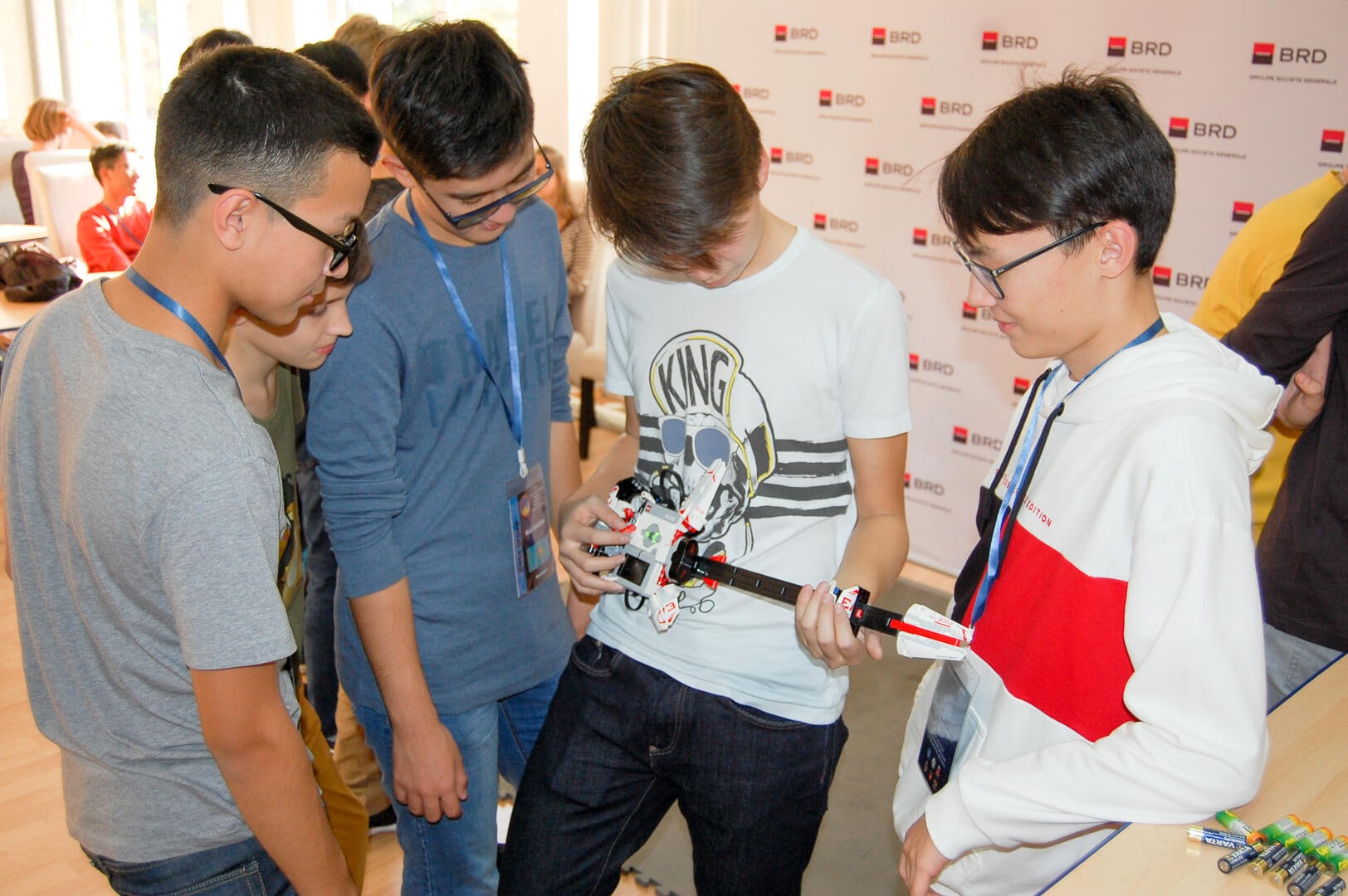 Watching these things gave our team some new ideas to work with robotics and in the IT field. They invited students to the physics lab also. Physics teachers and volunteers keen in STEM education conducted a workshop. There were some documentaries about research missions regarding the Moon and other planets. Also, there was a device at construction stage that can land on those planets and send data. Persons who conducted the workshop gave a challenge to students by giving some equipment with an egg. 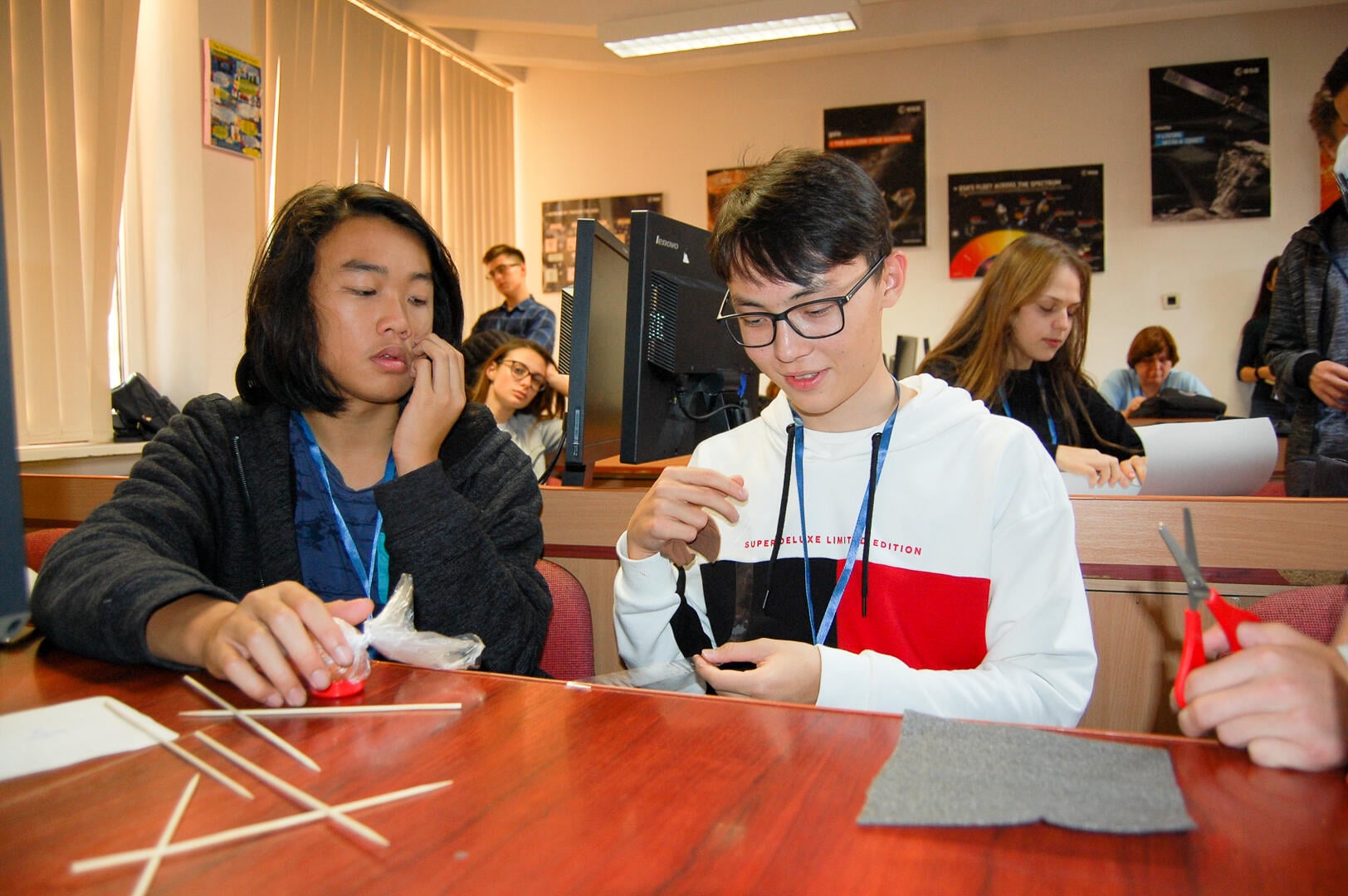 They asked students to build a device which can land without breaking eggs in it. In Sri Lankan astronomy terms, this activity is called as ‘ Safe Landing’ and it was an interesting event in this workshop. Along with this ice breaking session there was small concert performed by the students in school. There was a presentation about Romanian traditional foods, sweets and specially handmade goods. In addition there were songs, dances. This was a great opportunity to make new friendships among teams and also with Romanian guys.

Competitions under the starry night 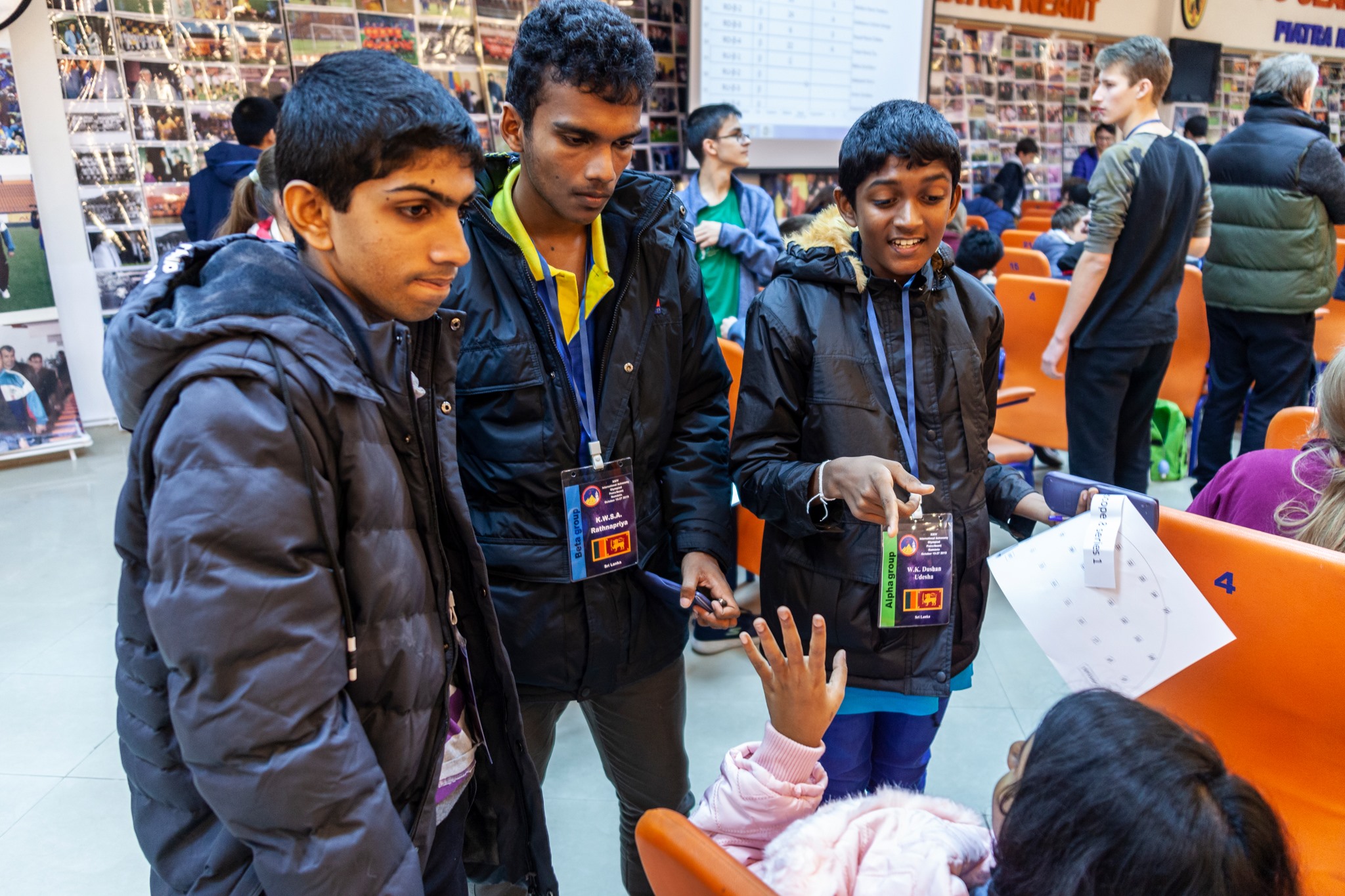 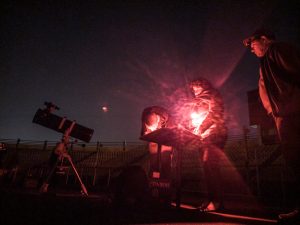 When night fell to the Neamt country observation round started in IAO. Teams were preparing for the observation round while jury members translated and set questions for this round. It was held at the basketball-yard in Petru Rarers National College. Students took telescopes and tried to answer the questions asked in the question papers. After a long observational night with competition, the third day of IAO after opening ceremony marked its end.

This is article 3 of a series of 7 articles. Don’t forget to read article 4 (part 1)! If you haven’t read article 2, please feel free to do so! If you are new to the series, we recommend you start from article 1.