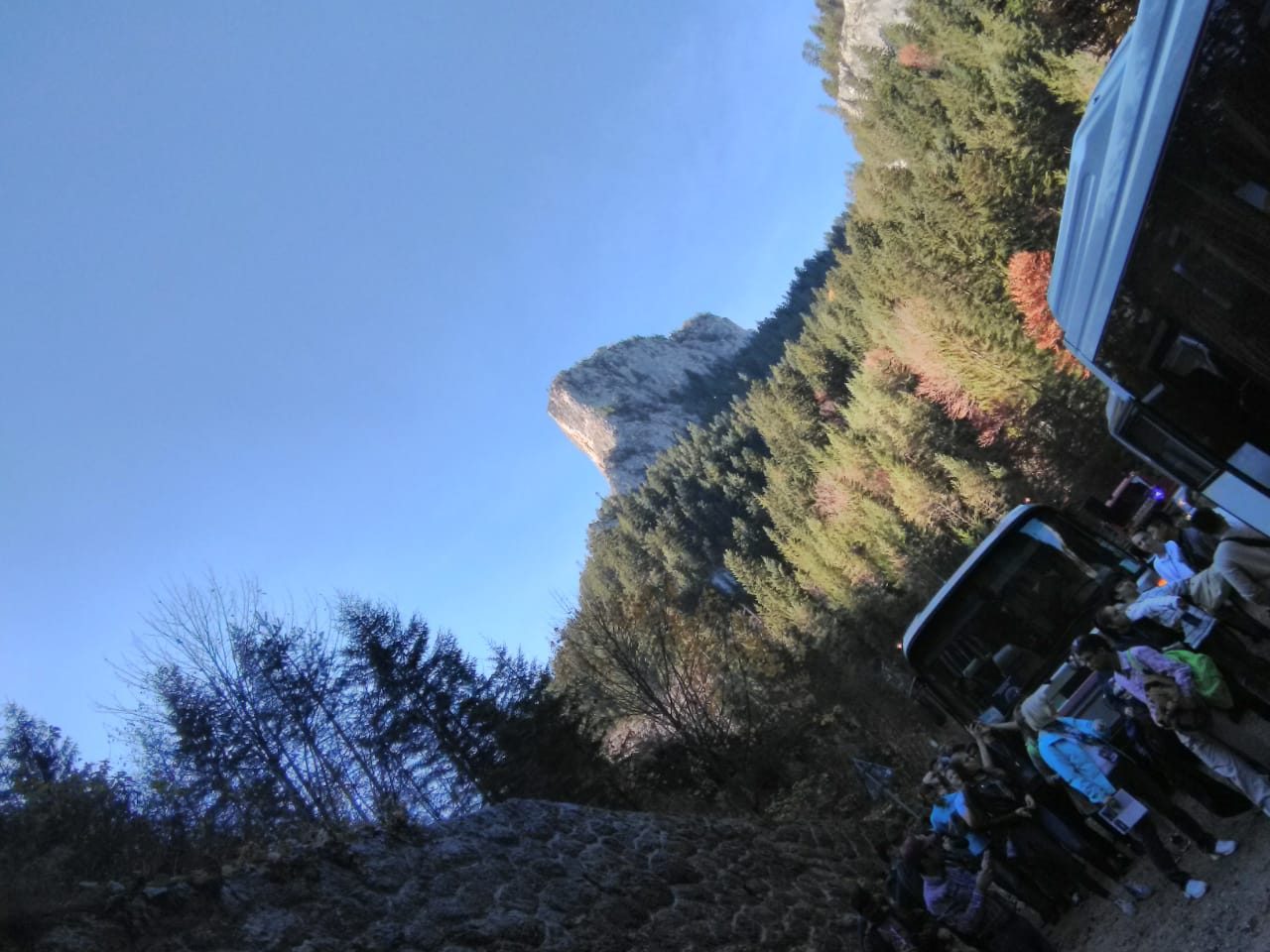 After a long wait, the day began with the first journey in IAO 2019. All teams were fed up with the hard days which passed by them. So, all of them were excited to join this trip. At around 9 a.m. all got into the buses and the journey to visit the western side of the Neamt country started. After a three-hour journey they reached their first destination; the most popular and the largest mountain lake in Romania, “Red Lake”. 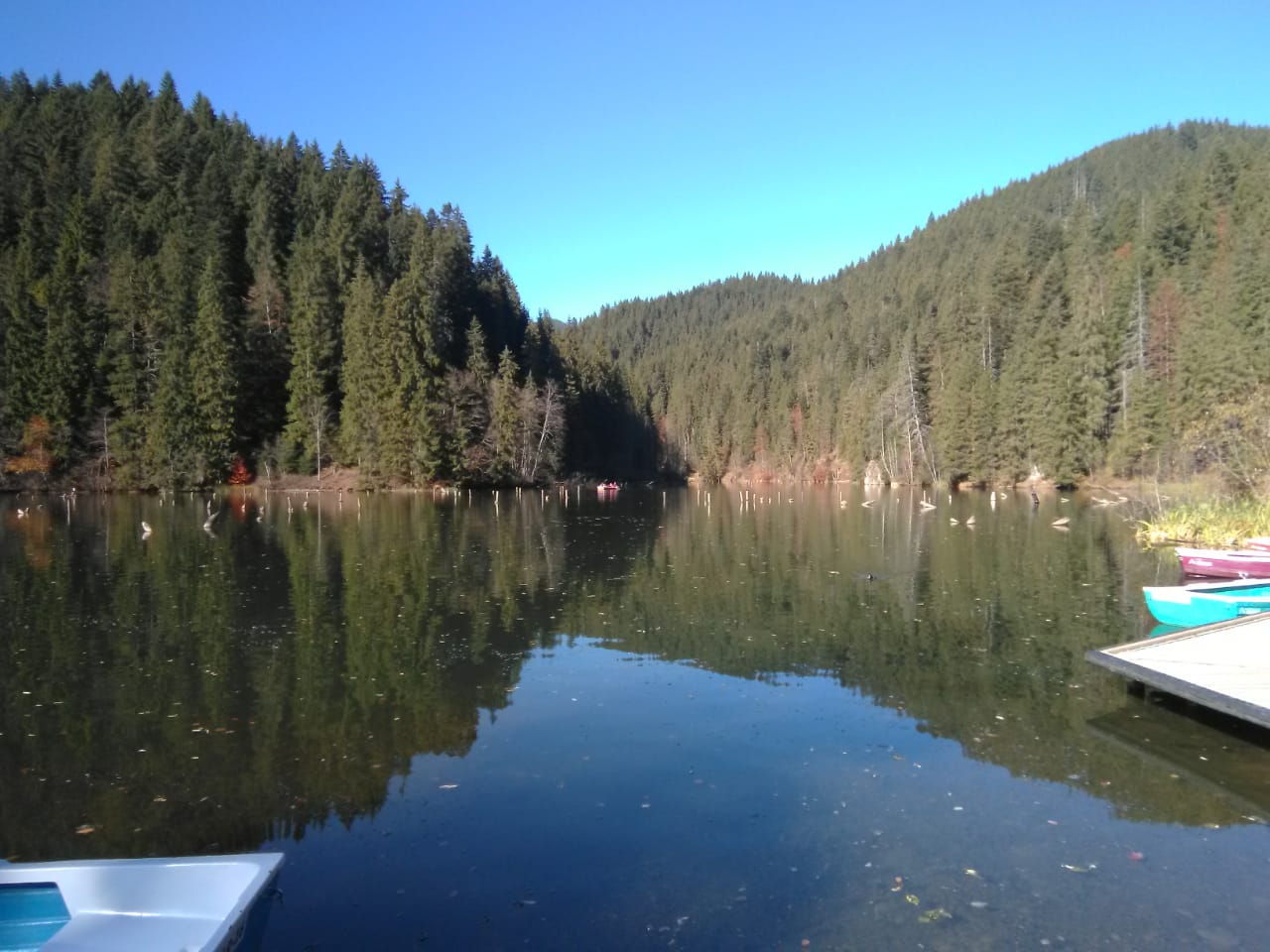 The Red lake or Killer lake has a very short history. It was formed after a land-slip caused by an earthquake in 1838 (Some sources saying it was formed with land-slip due to storms in 1837) which stopped the watercourse of the Verescheu River with the falling stones. This lake got its name from the red waters of the Vereskő (Verescheu) Creek, which flows over the layers of red iron oxides and hydroxides and it is located at the foot of the Hasmasu Mare Mountains. There are several legends about the formation of this lake.

This lake gets water in periodic breaks from four constant brooks Oii (Hăghimaș), Roșu, Licoș and Suhard. This lake is located in Harghita country which is near the country of Neamt and this lake has a depth of only 10m. 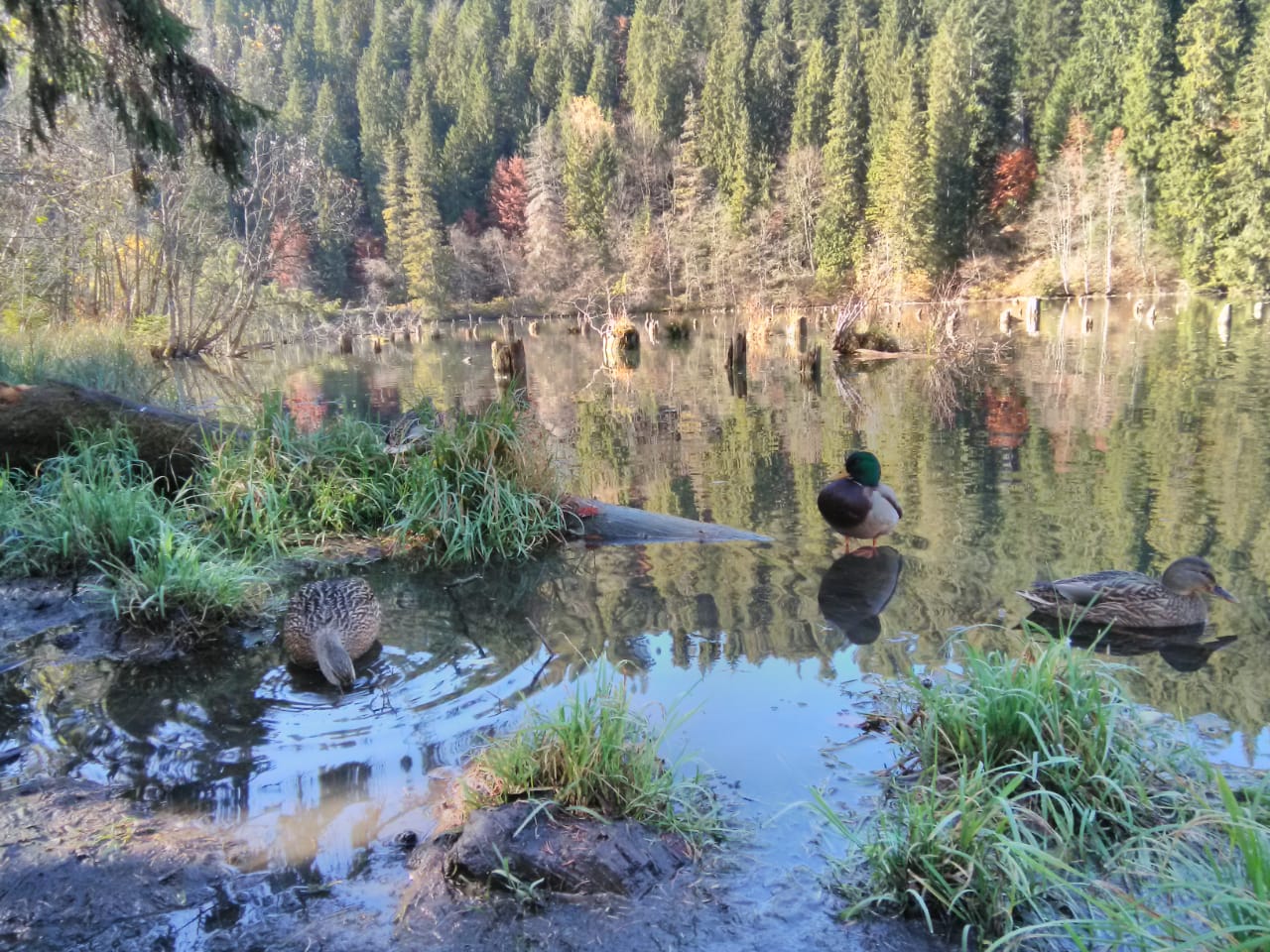 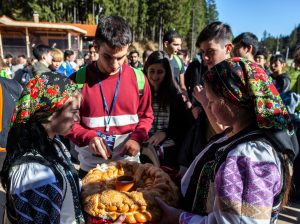 The buses were parked at a parking place near to lake and teams had to walk down to see the lake. Our team was excited to see the surroundings of the lake. They had seen some ancient fir trunks, which were rising from the lake surface. Also, the lake had shown a spectacular mirror image of surrounding forest and the mountains. This was a special memory for them while they felt the rich and fresh air of the valley. While they were spending their time watching the lake, some of them tried local street food sold by merchants around the lake. 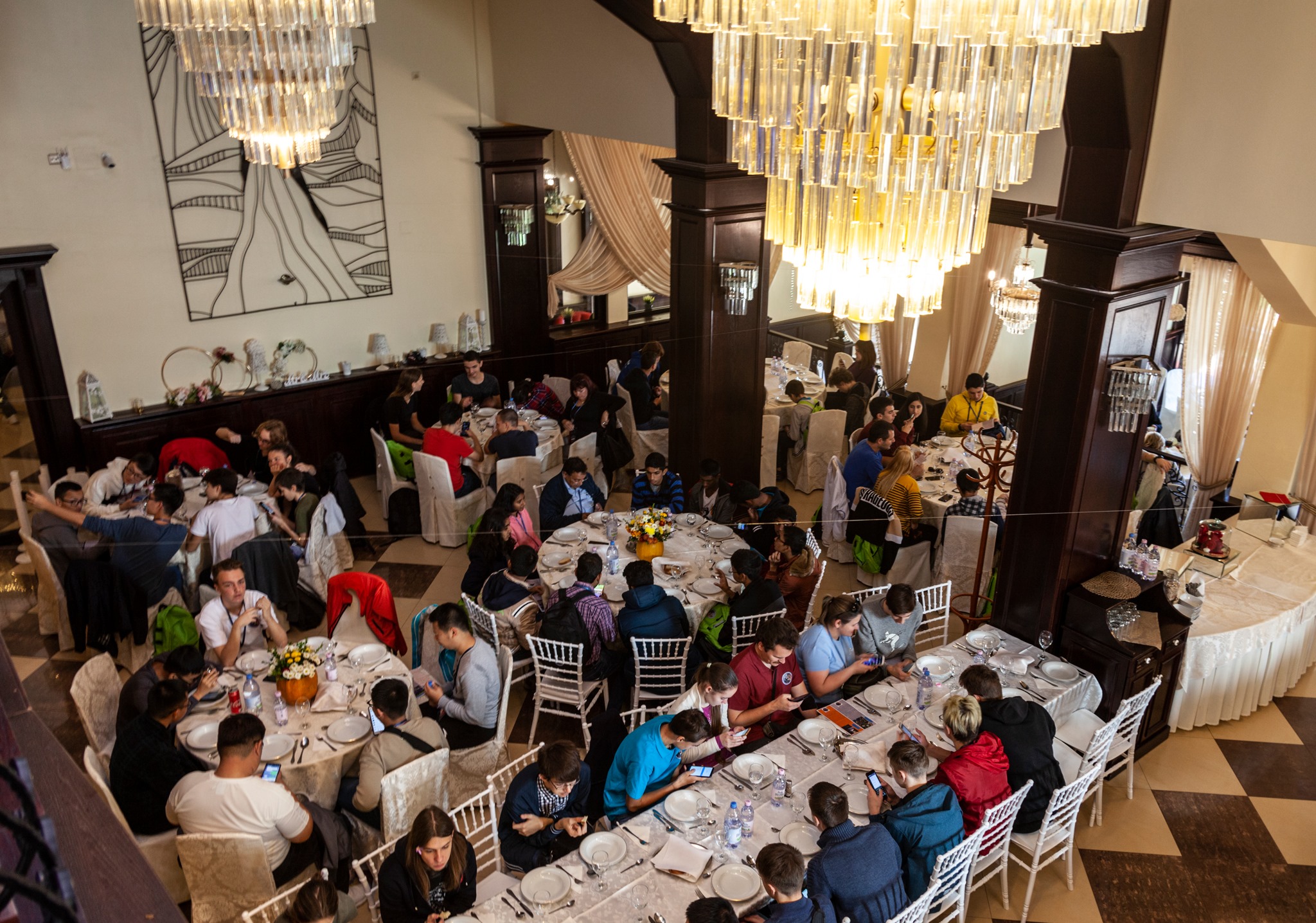 After enjoying the lake, the teams had their lunch in the grand “Hotel Lacu Rosu Resturent, Guilkosto” which was near the lake.

Walking Under the Cliffs

After their lunch, they started the journey again and got into the buses. After passing a few kilometers, they stopped to walk on the road. There were cliffs and huge stone walls on both sides, and some were bent nearly on to the road.  These cliffs covered all the surroundings, and due to that, the environment was dark. That stunning place was their next destination and it was called “Bicaz Gorge”. 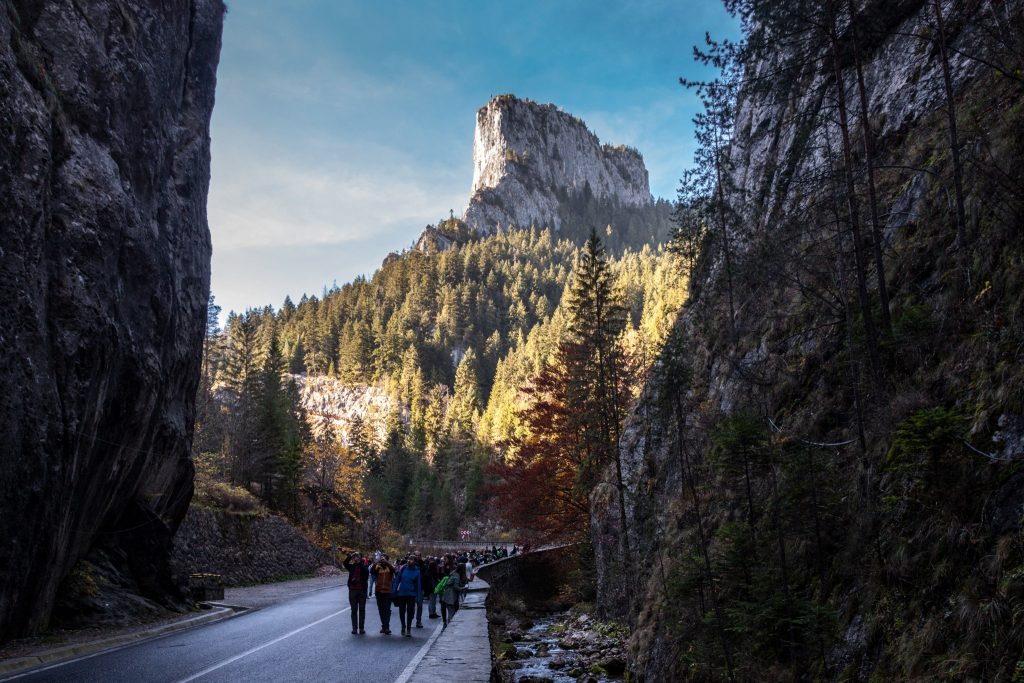 Await the next part of the journey in the next letter from Romania.

This is part 1 of article 4 of a series of 7 articles. Don’t forget to read article 4 (part 2)! If you haven’t read article 3, please feel free to do so! If you are new to the series, we recommend you start from article 1.