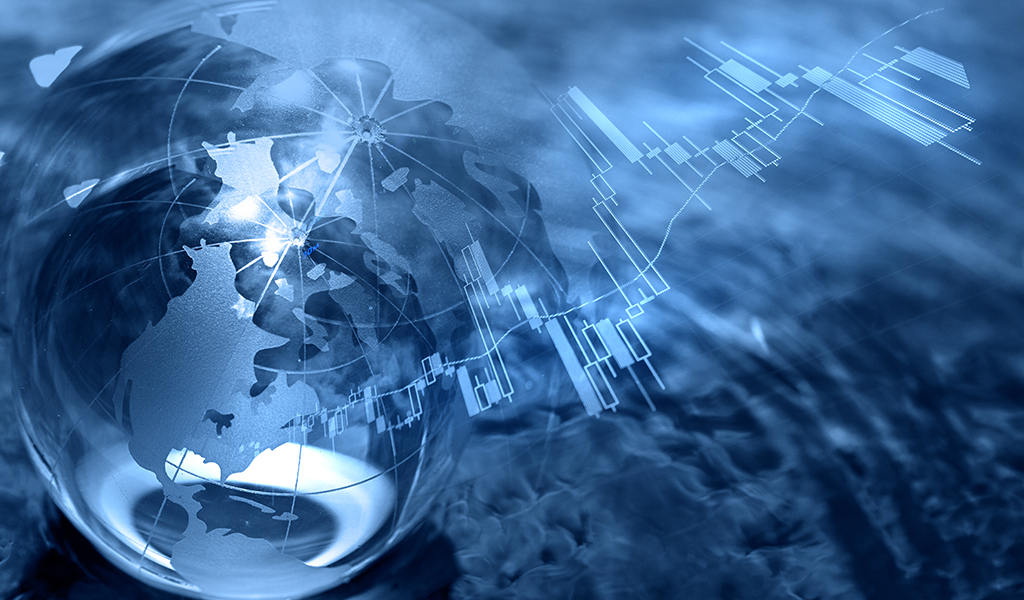 Does longer education affect someone’s future income? What will be the consequences of young people’s educational choices? What if you had made a different choice? Does immigration affect the wages and employment levels in a country?

Debating questions in social sciences dealing with cause and effect like these are not trouble-free to answer due to the absence of comparative facts. The Nobel Prize winners of Economic Sciences this year, 2021 have found that these huge uncertainties can be addressed using ‘natural experiments’. Curious, yeah?

The Nobel Prize in Economics is not technically a “Nobel Prize” that has been created by Alfred Nobel’s will in 1895 although its winners are being announced at the Nobel Prize Award Ceremony. This has been established based on a donation received by the Nobel Foundation in 1968 from Sweden’s Central Bank, Sveriges Riksbank on their 300th anniversary. Commencing from the first prize which was awarded to Ragnar Frisch and Jan Tinbergen in 1969, 89 economic sciences laureates have been recognized for 53 prizes up to date.

Every year in September, the Academy’s Economics Prize Committee send invitations to scientists, university professors, members of the academies and former laureates worldwide requesting to nominate candidates for the upcoming year. The proposals are reviewed, and the potential laureates will be chosen by the appointed experts followed by the chairman’s deciding vote if there is a tie. The final decision is generally in the hand of the Royal Swedish Academy of Sciences. A maximum of three laureates who are still living have the possibility to share the prize for a given year and they will be granted a diploma, gold medal, and monetary grant award document from the King of Sweden at the annual Nobel Prize Award Ceremony in Stockholm.

The Sveriges Riksbank Prize in Economic Sciences in Memory of Alfred Nobel 2021 was divided among three United Sates based economists for pioneering “natural experiments” an innovative method of empirical research developed in the 1990s that helps to answer dominant questions within the society. One half of the prize was awarded to Mr David Card, a Canadian working at the University of California, Berkeley “for his empirical contributions to labour economics”. The next half was jointly awarded to Mr Angrist, born in the United States, working at the Massachusetts Institute of Technology and to Mr Imbens, born in the Netherlands, is at Stanford University “for their methodological contributions to the analysis of casual relationships”.

What are ‘natural experiments’?

Natural experiments are used by economists to study and analyze the cause-and-effect relationships of real-life situations.

Think of a group of researchers in medicine or any other discipline that is investigating the effectiveness of a new drug. Experiments are done allocating the individuals into treatment groups by a random draw. Here, the researcher has complete control to decide who is offered the treatment and received (the test group) and who is not offered and not received (the control group) in a way the researcher needs.

However, economists cannot conduct randomized clinical trials like in a laboratory to address societal issues out in the world. For example, can we determine the probabilities of students who get to attend high school and those who do not, following the above procedures? No. Freedom must be given to individuals to choose whether they need to participate in the intervention or not. Therefore, unlike scientists in a lab, economists do not take control of experimental parameters.

“For his empirical contribution for labour economics”

David Card has studied and analyzed the labour market effects answering the questions raised on minimum wages, immigration, and education. In the early 1990s, the conventional wisdom in labour economics included the idea that higher minimum wages lowered employment. David Card and Krueger, who died in 2019, analyzed this idea furthermore using natural experiments. The two sides of the border between US states, New Jersey and Pennsylvania, was chosen as the labour markets were likely to grow similarly. The minimum wage of one side was increased leaving the other side the same, and ensured no other factors apart from it would affect the trends in employment. Comparison of the outcomes revealed that these fast-food restaurants on both sides didn’t necessarily lead to fewer jobs by an increase in the minimum wage. 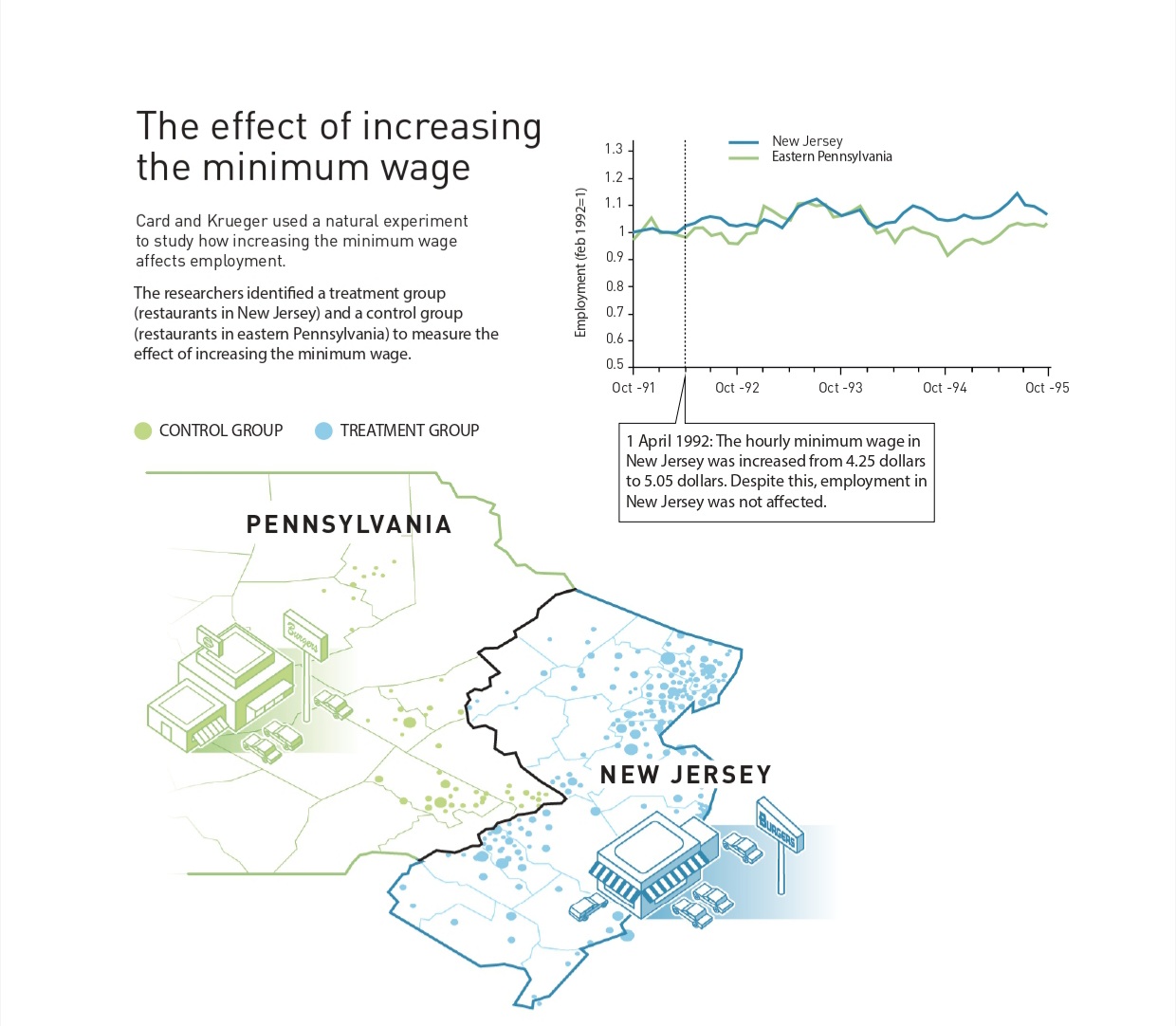 David Card also researched how the labour market is affected by immigration. Immigrants move and settle in regions that have a grown labour market. A unique event happened in April 1980 that opened the door for David Card to investigate this. Fidel Castro allowed all Cubans to leave the country if they desire which resulted in a high influx of workers in Miami increasing their labour force by seven percent. Through the experimental results, Card found no negative effect in the Miami residents with a low level of education. Further studies showed that native people can get benefitted from increased new immigration while the risk is for early immigrants to be negatively affected.

The next important finding of Card was that the resources in schools are far more important for a student’s future labour market than previously thought. This was explained by comparing returns of education for people who lived in the United States but had grown up somewhere else. This research vastly inspired the countries to invest in students’ education for a successful future in the labour market.

“For their methodological contributions to the analysis of casual relationships”

The question of whether an extra year of education increase your annual income is yet hard to conclude due to variations. In the 1990s, Joshua Angrist and his colleague Alan Krueger figured this out by using the fact that children born earlier in a year leave sooner than children born in the fourth quarter of the year and hence, they are tended to get less education. As the chance decides exactly when a person is born, Angrist and Krueger were able to use natural relationships and showed that there was a nine percent increase in income because of one additional year of extra education. 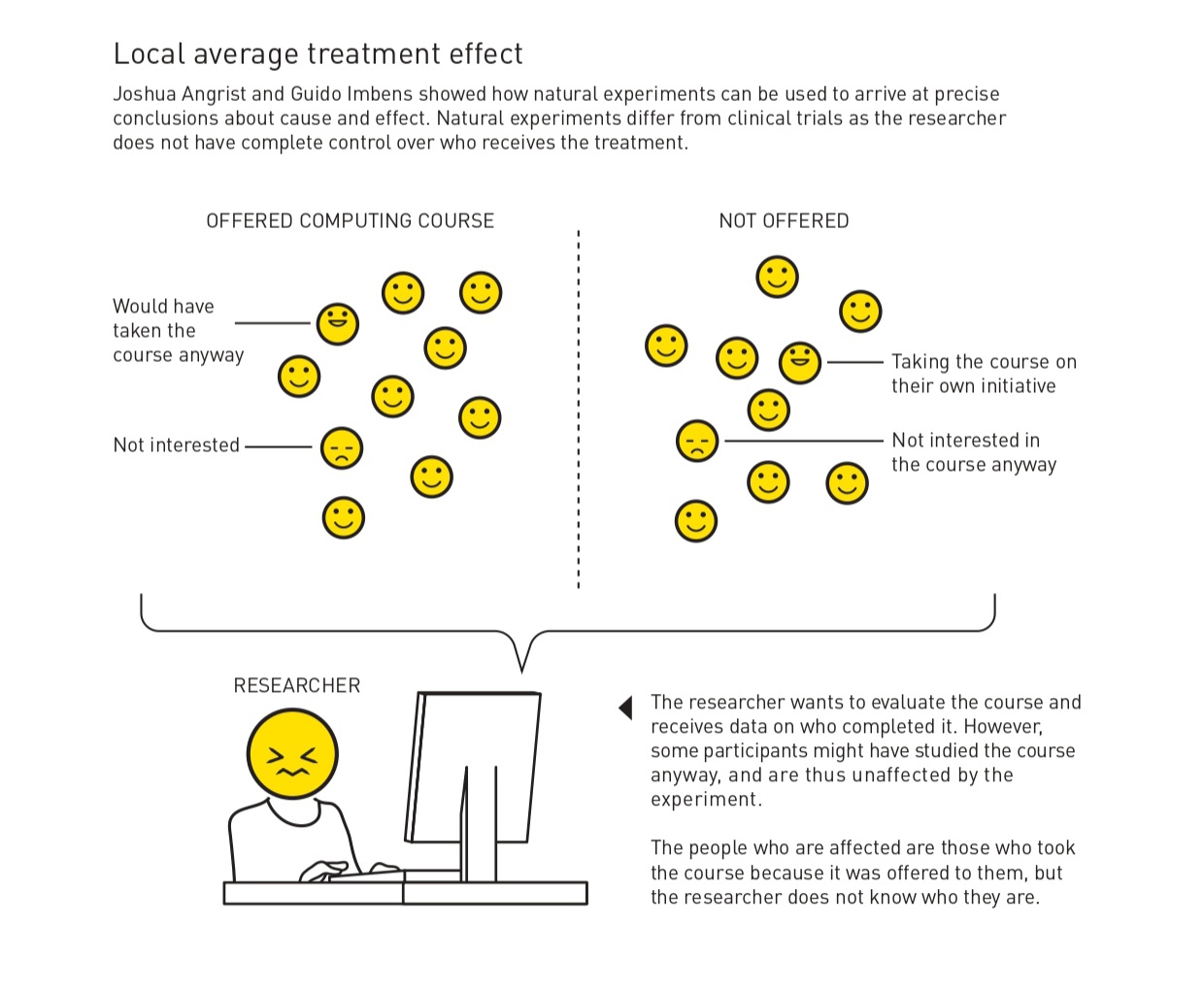 This study has helped Mr Angrist and Mr Imbens later to work on research methods to reshape the traditional way that researchers follow. They conducted their experiments based on a question that under which conditions natural experiment can be used to estimate the effects of individual’s intervention such as a computer course. Responses can vary for these interventions as some may solely participate as they were offered the opportunity, some may believe that they will get benefitted and so on. These individuals can be randomly divided into a treatment group that is entitled to participate in a program and a control group that is not. Angrist and Imbens showed that a two-step process will estimate effects possible. First, the probability of participation in the program was investigated to study the effects of natural experiments on it. Next, the probability when evaluating the effects of the actual programme was considered. This way both showed that identifying a clear effect from intervention in societal behaviour was feasible though the researcher doesn’t have complete control over the participants – like a grant will encourage people in a society to ride bicycles or use public transportation to work. The discovery of the framework by Angrist and Imbens has been used by many economists to deal with observational data due to the fact of increased transparency – and thus credibility.

The contributions of the Laureates of the Nobel Prize in Economics 2021 have led the way for other researchers to approach important casual questions in society in a methodological manner. This coherent framework has revolutionized empirical research in social sciences significantly and has shown that natural experiments are a rich source of knowledge.