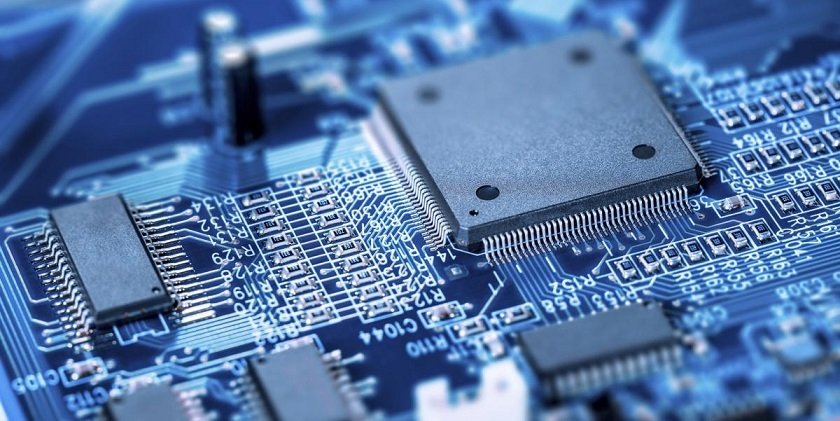 With the boom of transistors and diodes, the floodgates to the dam holding back technology were suddenly opened. This lead to what could be considered as the biggest leap in technology mankind witnessed. Soon, the revolution of electricity, or rather that of electronics gave way to the concept of embedding many circuits into one patch. In a world that was growing with digital and analog signals, now enters the Operational Amplifier, or the Op-Amp.

An analog electronic device capable of converting input voltage signals into amplified output signals of varying nature, this is one of the most useful fundamental devices in electronics.

The output of the Op-Amp is obtained through the Vout  terminal.

The Idealism in the Basics

The only effect that happens is the amplification of the voltage by a certain gain value (G). Thus we can write the output voltage of the Operational Amplifier as follows.

The Application of the Amplification

From the above ideal conditions, a few “Golden” rules for an Operational Amplifier can be brought up.

Using this, two fundamental configurations of the Op-Amp can be introduced based on the way voltage signals are connected to the input terminals.

Amplifier of Inversion, or Not?

The first configuration, the “Inverting Amplifier”, is constructed by virtually grounding the non-inverting terminal (V+) and supplying an input voltage through an input resistor (Rin). Here, a feedback resistor (Rf) is connected to the output of the Op-Amp as shown below.

The next configuration, the “Non-Inverting Amplifier”, is constructed by doing the opposite as earlier, by virtually grounding the inverting terminal (V–) through an input resistor (Rin) and supplying an input voltage through the non-inverting terminal. Here too, a feedback resistor (Rf) is connected to the output of the Op-Amp as shown below.

Summing it all up, with Amplification

Using these two fundamental configurations, Operational Amplifiers can be used in many ways to perform mathematical functions. The mathematical logic of addition can be performed on digital electronic signals using the following setup now.

Thus we can see how Operational Amplifiers can be used to add input voltage signals together and present them as an inverted output. This, while seemingly simple, is the basis for the construction of an extremely important application of Op-Amps, the Digital-to Analog-Converter (DAC), and the Analog-to-Digital-Converter (ADC).