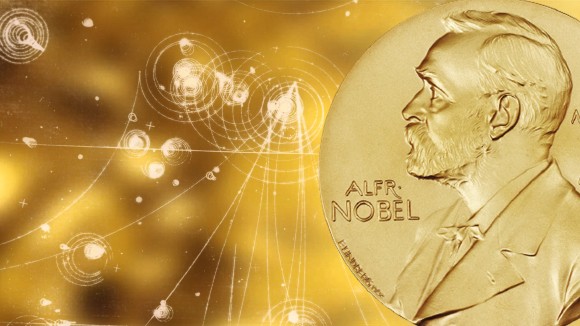 Global warming is a term that we often hear but, do we really know who and what is behind it?

We tend to look at this topic superficially, sometimes in a detached manner, as if it does not concern us. But, humans play a major role in global warming and this was proven by three exceptional scientists. They have been awarded the Nobel Prize in Physics for the year 2021 for simplifying the topic of Earth’s unpredictable climate, global warming, and the dangerous toll that human activities have had on the increase in atmospheric temperatures.

The first laureate to win this esteemed prize is Syukuro Manabe. He is a renowned meteorologist and climatologist born and bred in Japan. Having received his BA degree, MA degree, and a DSc degree all from the University of Tokyo, he left his war-torn country and reached the United States to continue his work in the field of meteorology. Currently, he serves as a senior meteorologist in the Program in Atmospheric and Oceanic Sciences at Princeton University and he is at foremost in the use of computers to create a simulation of global warming. 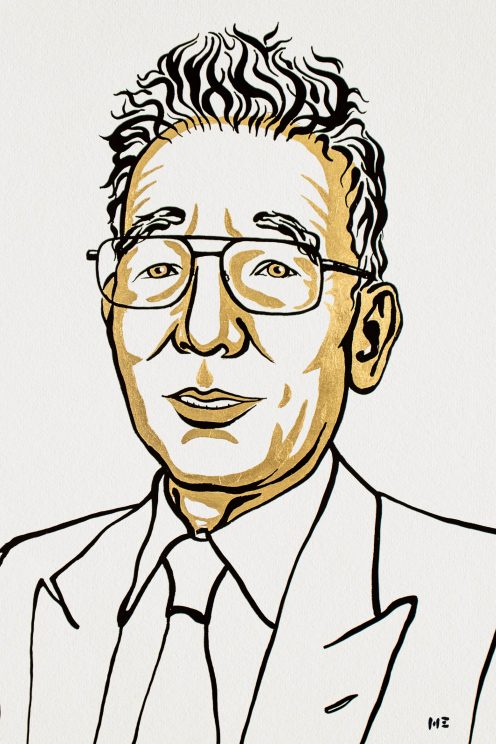 The role of atmospheric gases in the greenhouse effect 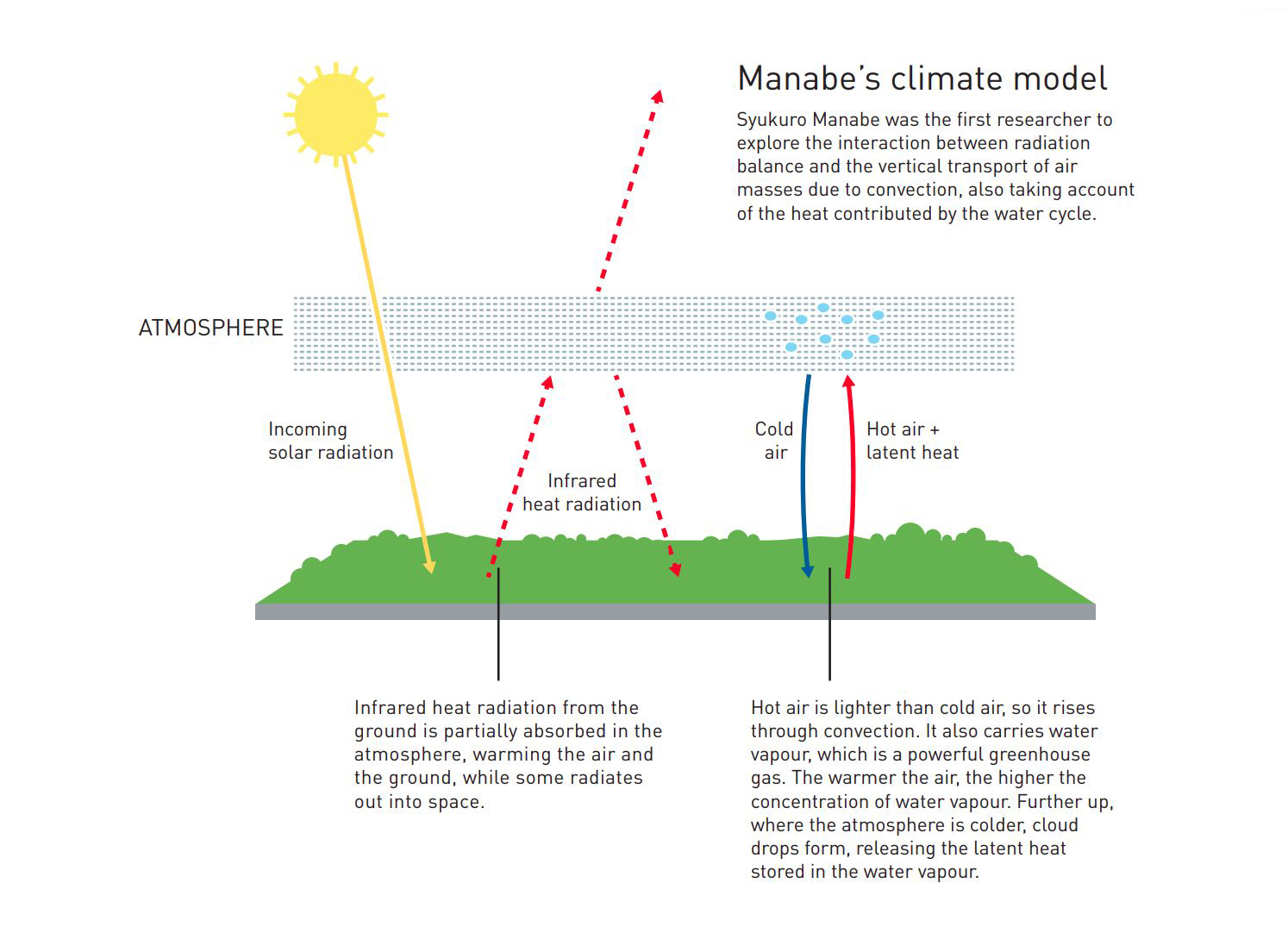 Studies on global warming had already begun two centuries ago. French physicist, Joseph Fourier had begun studying the balance of energy between the incoming short wave solar radiation and the long-wave infrared radiation bouncing off the Earth. He understood the important role of the atmosphere in absorbing the outgoing radiation, thus providing the most optimal temperature for humankind to live. This atmospheric effect is now called the ‘greenhouse effect’ due to the similarity of this process to the glass panes of a greenhouse, which allows radiation to enter and leave while keeping the heat trapped inside.

Atmospheric gases play a major role in the greenhouse effect. While 99% of the volume of our atmosphere includes oxygen and nitrogen gas, carbon dioxide takes 0.04% of the atmospheric volume. But, this minuscule percentage has an enormous effect on the re-radiation and storage of heat by our atmosphere. Together with water vapour, methane, nitrous oxides, and other gases, carbon dioxide absorbs Earth’s infrared radiation and releases this energy back to the Earth thereby warming up the surrounding air and the ground below it.

The great significance of carbon dioxide on the greenhouse effect and the temperature of Earth were first discovered by Swedish researcher and Nobel Laureate Svante Arrhenius in the late 19th century. He had already figured out the physics behind the greenhouse effect and he understood that if the atmosphere did not absorb energy from the outgoing radiation and trap the heat, Earth’s surface temperature would barely surpass -18°C, making it difficult to sustain life on Earth. It was during his study on the phenomenon of ice ages when he reached the conclusion that if the level of carbon dioxide in the atmosphere is halved, Earth will enter a new ice age. This applies to the increase in carbon dioxide as well as a doubling in the amount of carbon dioxide in the atmosphere will cause a rise of 5 – 6  in the temperature which is hauntingly close to the current estimates.

Syukuro Manabe’s role in overcoming the threat of global warming

As predicted the temperature on Earth has increased leading to global warming. While climate change is natural and has been happening for millions of years, the shift in temperatures and weather patterns after the Industrial Revolution has been predominantly due to human activities. The burning of fossil fuels like coal, oil, and gas has been the primary reason for the increase in heat-trapping gases in the atmosphere leading to the rise in Earth’s temperature.

We already know that the build-up of carbon dioxide in the air is a leading cause for the rise in temperature. But how does this happen? How can this be explained? These are important questions that need to be answered for us to understand global warming better. And Syukuro Manabe has provided the answer. He pioneered in using physical models to demonstrate how rising concentrations of carbon dioxide leads to higher surface temperatures on Earth. 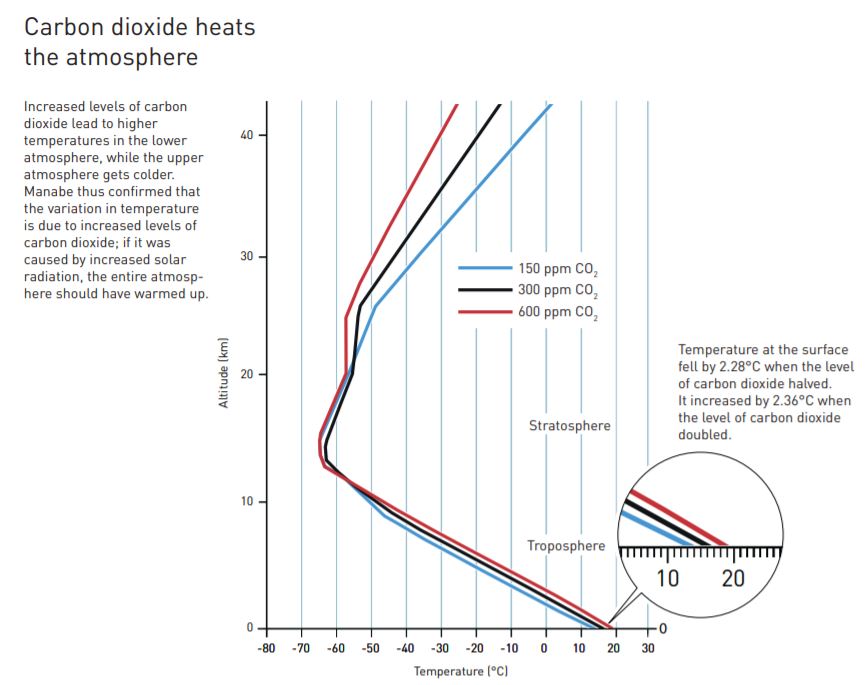 His focus was similar to that of Arrhenius but, rather than focusing only on the difference in radiation energy, he investigated the interaction between radiation balance and the vertical transportation of masses of air. He was the first to do so.

In the 1960s Syukuro Manabe directed the development of physical models imitating Earth’s climate. He also included the vertical transport of air masses due to convection and the latent heat of water vapour in his models. This type of study requires numerous calculations, therefore, to make it more feasible he chose to limit his model to a single vertical dimension, 40 kilometres up into the atmosphere. He tested his model by changing the levels of different gases in the air and after hundreds of valuable hours computing his data he had indisputable evidence. Oxygen and nitrogen had minimal effects on the surface temperature of Earth while carbon dioxide had a crystal clear impact.

When the concentration of carbon dioxide doubled there was an increment of more than 2 in the temperature. With carbon dioxide found primarily in the lower atmosphere, it explains the rise in temperature close to the ground while the upper atmosphere remains colder. If the differences in solar radiation were the main cause, the whole atmosphere should have been heating synchronously.

This experiment was carried out sixty years ago. With the limited technology available at that time, Manabe’s model is relatively simple. But, that is the winning factor, for simplicity is the key. By simplifying the physics behind the complexity of nature, Syukuro Manabe found the right key features he needed for his model.

Afterwards, his experiments created another commendable milestone. In 1975, the principles which governed Manabe’s one-dimensional model was used to create a three-dimensional model which has helped mankind to have a greater understanding of Earth’s climate and the global heating that humans are greatly responsible for.

These physical models, also called climate models, are powerful tools used to predict global warming caused by human activities and to understand it. It is based on the laws of physics and has originated from the models used to numerically predict the weather. Climate models are ‘virtual laboratories’ which includes the atmosphere-land-ocean system and they have been extremely effective in demystifying the physical mechanisms involved in climate change. Using the expanse of resources provided by the world’s mighty supercomputers, the climate models can predict future climate changes and their effect on Earth and its inhabitants.

Syukuro Manabe has been a driving force in solving the mystery of Earth’s climate changes. He has also been involved in many important developments regarding the problematic relationship between carbon dioxide and the climate. These have aided humans in realising their detrimental impact on Earth. We now have no excuse to ignore the dangerous increase in global temperatures and the imminent doom that is just around the corner.