“Premam” is a Malayalam -Tamil language South Indian movie, which was written, directed, and edited by Alphonse Puthren. This film comes under the genre of coming-of-age romance films. It was first released to the public on the 28th of May 2015. The characters were portrayed by an adept cast including, Sai Pallavi, and Nivin Paul. Even though the movie doesn’t come under the genre “Musical”, this 164 minutes long movie is profused with 9 captivating songs, including the legendary song “Malare”; which was composed by Rajesh Murugesan. It was included in the “Hindu’s top 25 Malayalam films of the decade”.

Like the title, the movie is all about “LOVE”. Watching it, I felt like going through a love counselling session. The protagonist is called “George David”. Watching the movie is like flipping pages of George’s life diary. The film starts with his teenage time with a very light, colourful, and happy-going theme in the background. We could see butterflies flying over flowers adding extra delight to the scene while symbolizing the freedom of teenage life. George was a pre-college student. The opening scene is him writing a letter to “Mary”; his crush, admiring her beauty. Mary is the heartthrob of the young boys in the village. She always went to school with one little girl who is called Celine, and with one of her batchmates, who also has a crush on her. George was very shy and will roam around her all time. George is not alone in this game, he has his best two friends along with him. The behaviour of George represents the typical teenagers who fall in love very quickly with physical attraction. The lyrics of the song “Pathivayi Nijan” show that he has no control over his love and is in a hurry to win it.

“I can’t hold without telling, there’s fire in my heart”

Even the music is playful and easy-going at the beginning parts. George will act silly, and his irresponsible clumsy teenage nature is clearly shown. The first major event in his life took place with getting to know about Mary’s cousin, who came to visit her. That’s where George tastes the bitterness in love for the first time, he becomes so desperate and cried with the pain of losing all the hopes he had for her. He was hapless to witness his crush enjoying time with another person in front of his eyes.

This sudden change made George open his eyes and escape from the fantasy world, where he imagined Mary and himself enjoying together. His friends were there to console him and to take him back to the right path. He and his friends started to fail exams. So, the three boys finally came to a decision that they must reform themselves.

In the next scene after several years, we can see a whole different George. He has changed a lot, not only his physical appearance but also his behaviour too. With the beard and wearing the sarong, we were introduced to the rowdy George. But something that hasn’t changed is his two friends who were still by his side. They were final year college students, The three are like the hooligans of the college. Even the music has changed from very sentimental to very harsh music. The entire student community in the college was afraid of three of them. With the mature handsome look, many of the female students have eyes on George. The three rowdy boys were trying to rag some newcomers, that’s when they first encounter “Malar” (meaning ‘Flower’); a very beautiful young woman. At the very first sight, George was attracted to her. They find out that she is a guest lecturer while trying to rag her too.

Miss. Malar is a very straightforward and righteous teacher. These qualities of her made George fall more on her. Eventually, he fell in love with her. And this time his love is more patient and deeper. Malar as a teacher at first shows no emotions to him and tries to treat him as a normal friend. But she was unable to resist falling in love with her student. They didn’t need much physical connection, as they communicate their love with each other by just looking at each other’s eyes most of the time. Also, we could see again some butterflies were flying to flowers, symbolizing the rise of Georges’ love once again. 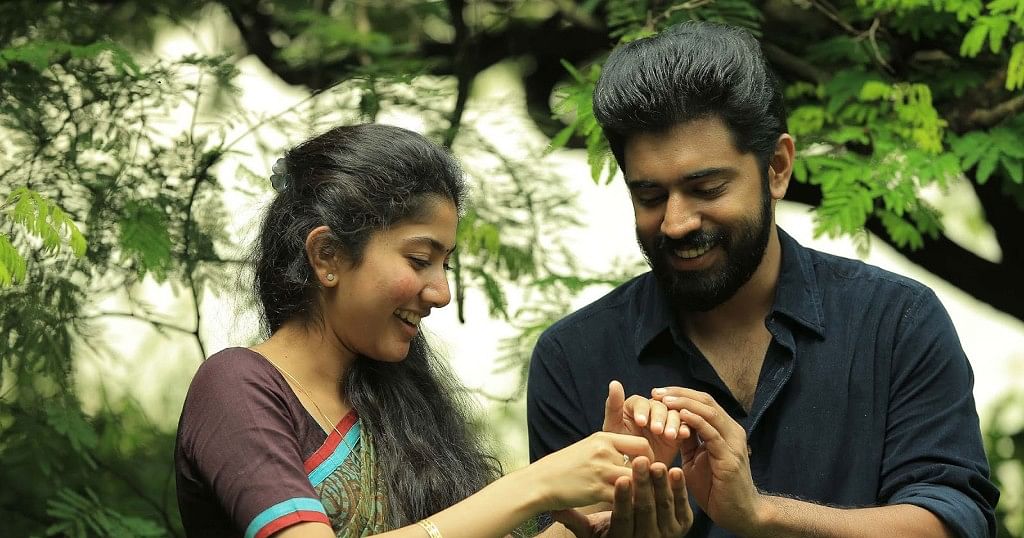 Then again George faced his second bitter experience where Malar introduced him to her cousin, the same as before with Mary. But this time the situation becomes less dramatic as now he is a grown man where he controlled his emotions very well. After she left them, they came to know about the severe accident Malar faced the day she left the college. In a vague George visited her to see her condition. He was so startled by hearing that she has lost her memory. It was very painful to watch this emotional scene where she says “Hi” to him as a guest. The passionate music running in the background makes it even more heart-touching. Next, the marriage between Malar and her cousin made him weaker and more helpless. This time he has truly nothing left to be emotional. His blank physiognomy says it all.

“Malar, you are the rose blossoming inside me” 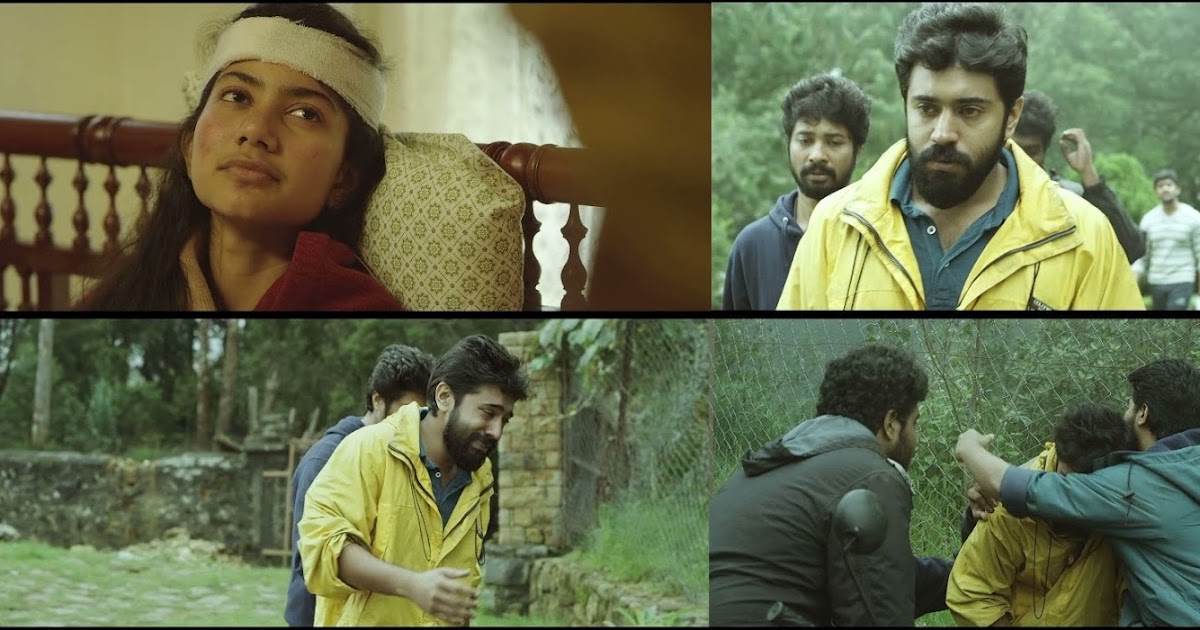 After that, he encountered another special girl at his middle age. Surprisingly she’s the little girl who went to school with Mary, Celine. The eight years age gap didn’t become a barrier for them to fall in love with each other. They met at the right time, where George was searching for someone to be with him for the rest of his life, and Celine on the other hand was in a situation where her father couldn’t protect her from another man harassing her, so she immediately found George as a protector and a trustful person; like a second father. So finally, the movie ends with their Engagement ceremony. But that’s also where something special happened. Malar and her husband visited their ceremony. Malar and George shared glances for one last time before she leaves. we can still see the love in his eyes for her. When leaving, Malars’ husband asked her to tell him that she has got her memory back, but she refused to do so. Because she knew that George’s mind would change at some point if he knew that the past Malar is back. She taught us that love is not always about achieving but mostly it’s sacrificing.

The audience can go through a mix of emotional states where they can lively feel the emotions that the protagonist “George” goes through during each of his life stages from teenage to marriage. The sounds, camera angles, and all the mise-en-scene are on point, helping us to feel the movie lively. The unexpected ending, where he married the little girl from his past, was oddly attractive. The whole film is like a love Wikipedia, where we can see many aspects of it. The taboo love affairs of George with Celine; where there’s a huge age gap, and with Malar; where they were teacher and student, shows that the power of love can cross boundaries in a normal society. The three special women he had encountered, influenced his life in many different aspects, in the name of life. But out of the three, I would say Malar has the greatest influence on him because she is the one, he met at the most beautiful age of his life. Mary’s scene shows us the typical, physical attraction that teenagers feel when they go through puberty. And the last one Celine is the saviour of George, who came to his life at the right time and promised to stay with him for the rest of his life. Several times it only took seconds to splash all the enjoyment and happiness that George had in his love life, which shows the uncertainty of love. The three stages of his love life; teenage crush, love, and mature love, could be experienced by any of us in our lifetime. No matter how hard or painful it is, we’ll always search for love as we cannot live without it. When talking about love; the friendship and the bond between the three friends are also admirable. Every time George had a rough time his two friends were always with him. That love they shared is pure and strong too. Giving us more insightful meaning to “LOVE”, the movie ends with a quote saying,