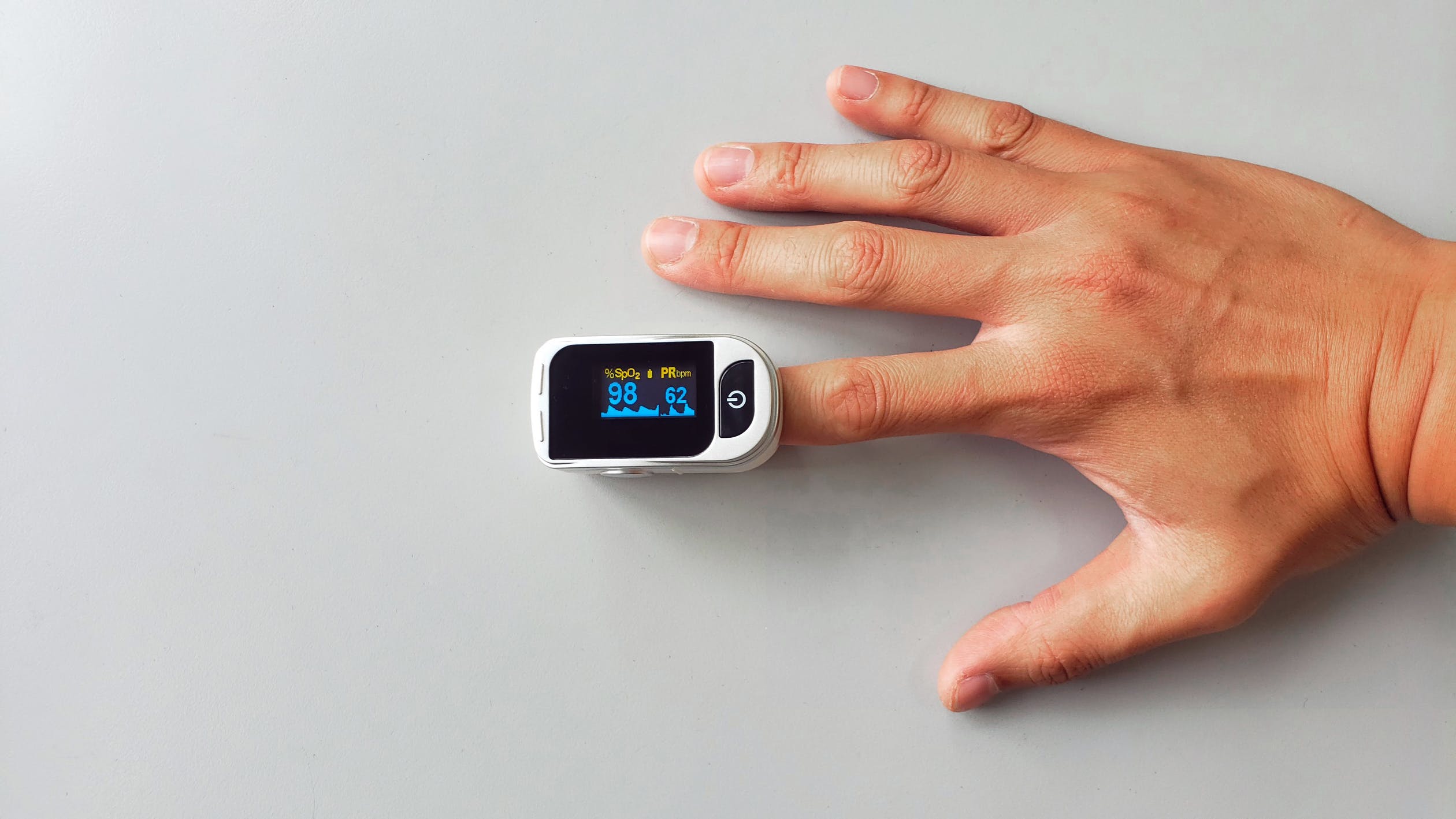 Beep! The reading was “60”. Probably a mistake because the young boy stood there firmly. But within minutes, he collapsed with a cardiac arrest. The reading “60”, wasn’t his pulse, but the level of Oxygen saturation. With the ongoing COVID-19 pandemic, the “Pulse Oximeter” has become one of the essential instruments, even at your homestay. Sometimes, it may be the only instrument to make you aware, when to seek care before it’s too late.

Hemoglobin (Hb) is the main way that carries oxygen in our blood. Imagine an Oxygen molecule to be a person, Hb molecules to be boats, and the rivers on which they travel, to be the blood vessels. A single boat has a maximum occupancy of 4 people, which is analogous to a single hemoglobin molecule that can bind four oxygen molecules.

In a situation where 5 boats out of 10 are completely occupied with people, the Oxygen saturation is 50%. If 7 boats are fully occupied, it will be 70%.

How does a Pulse Oximeter work?

Pulse oximetry incorporates light to determine the oxygen saturation in the blood (Indicated as SpO2) along with the pulse. Simply it consists of a light source that emits red light and infra-red light, a detector, and an electronic setup including a display to show the relevant details.

When a finger is inserted into the gap, as shown above, the amount of light received by the detector varies, as a certain amount of light is absorbed by the finger. This depends on some physical properties which are used by the instrument to determine the levels of oxygen saturation.

The amount of light absorbed depends on,

The ratio of red light absorbed compared to the amount of infrared light absorbed, changes depending on the amounts of oxy Hb and deoxy Hb present within the area of interest. The change of absorbance with the wavelength of light for Oxy Hb and Deoxy Hb is shown below. Taking the ratio of the relative absorptions into account, the oxygen saturation can be monitored accordingly.

The graph of absorption vs time is called a Plethysmograph (Pleth). In sophisticated pulse oximeters, the Pleth is shown in the display, indicating how the pulse varies with time. It is vital to first observe the Pleth before looking at the oxygen saturation, as an abnormal pulsatile signal than the norm would give rise to errors when calculating the oxygen saturation.

It is important to account for ambient (room) lighting as it is considered as an unwanted light in pulse oximetry measurements. This too should be cut off by subtracting the ambient light absorption from the total relative absorptions of red, infra-red, and ambient lighting at a particular instance.

Moving the finger within the pulse oximeter while taking a reading will lead to errors in calculating the oxygen saturation. Even the simple fingernail polish applied can affect the accuracy. Too much ambient lighting can give rise to errors. Hence it is advisable to be away from strong room lighting while a reading is taken. Like any instrument, it is not to be kept near high external electromagnetic radiation which will give errors in the reading. Furthermore, it is vital to adhere to the relevant environmental parameters concerning storage.

The oxygen saturation is limited to 100%. That is Oxygen dissolved in blood plasma will not be accounted as extra oxygen. That is a condition called hyperoxia, where excess oxygen becoming harmful, cannot be detected.

“Silent Hypoxia” is one of the main causes of unnoticeable deaths of COVID-19 patients, where the oxygen levels of blood can drop down without the patient noticing it. In this crisis, the Pulse Oximeter, being that simple gadget, has been a potential lifesaving solution.