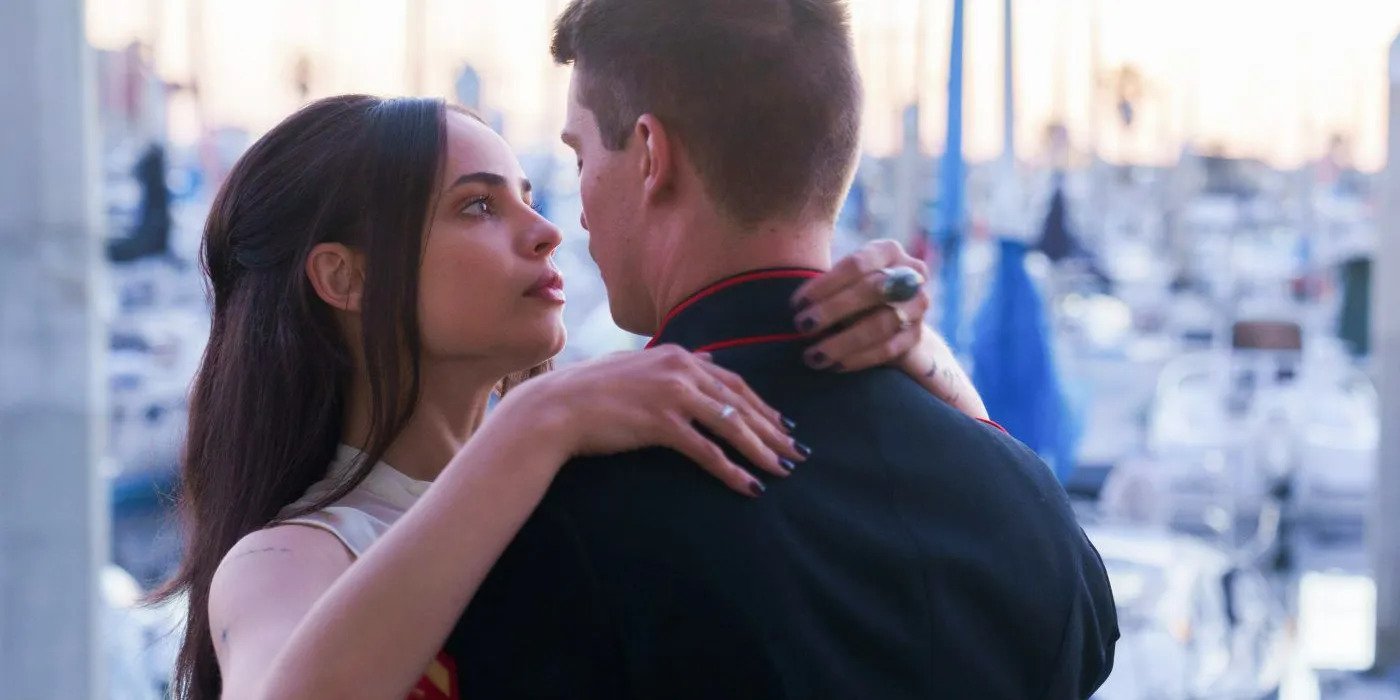 “Purple hearts” is a Netflix-exclusive American romance film that was written by Liz W. Garcian and directed by Elizabeth Allen Rosenbaum. It is based on the novel of the same name by Tess Wakefield. It was first released to the public on the 29th of July,2022. Unlike conventional love stories, ‘Purple Hearts’ explores the corporeality of human feelings and encounters.

The film starts with showing us a glimpse of the passions of the two main characters Cassie Salazar and Luke Morrow; Cassie vocalizing her song which she wishes to perform on the bar that day and Luke engaging in marine physical training. Recently diagnosed with Type 1 diabetes Cassie Salazar is an aspiring musician who works as a bartender and performs with her band, The Loyal, at the same bar. She can neither afford her medication nor her rent. She works multiple jobs to compensate for them but still fails. Luke, a newly appointed U.S. Marine who is a soon-to-be deployed to Iraq has his own difficulties. He became an addict after the passing away of his mother. Even though he is clean now, he owes his former dealer, Johnno 15 Grand.

One night, Luke and his marine buddies visit the bar which Cassie serves. The two had a terrible first impression. Frankie, a childhood friend of Cassie and the bunkmate of Luke is only one of the two reasons for them to talk with each other. The other reason is, despite being like oil and water, both shared similar financial issues. So, they both agree to get a marriage of convenience: Luke will make more to pay his debts, and Cassie will have access to military spouse healthcare. 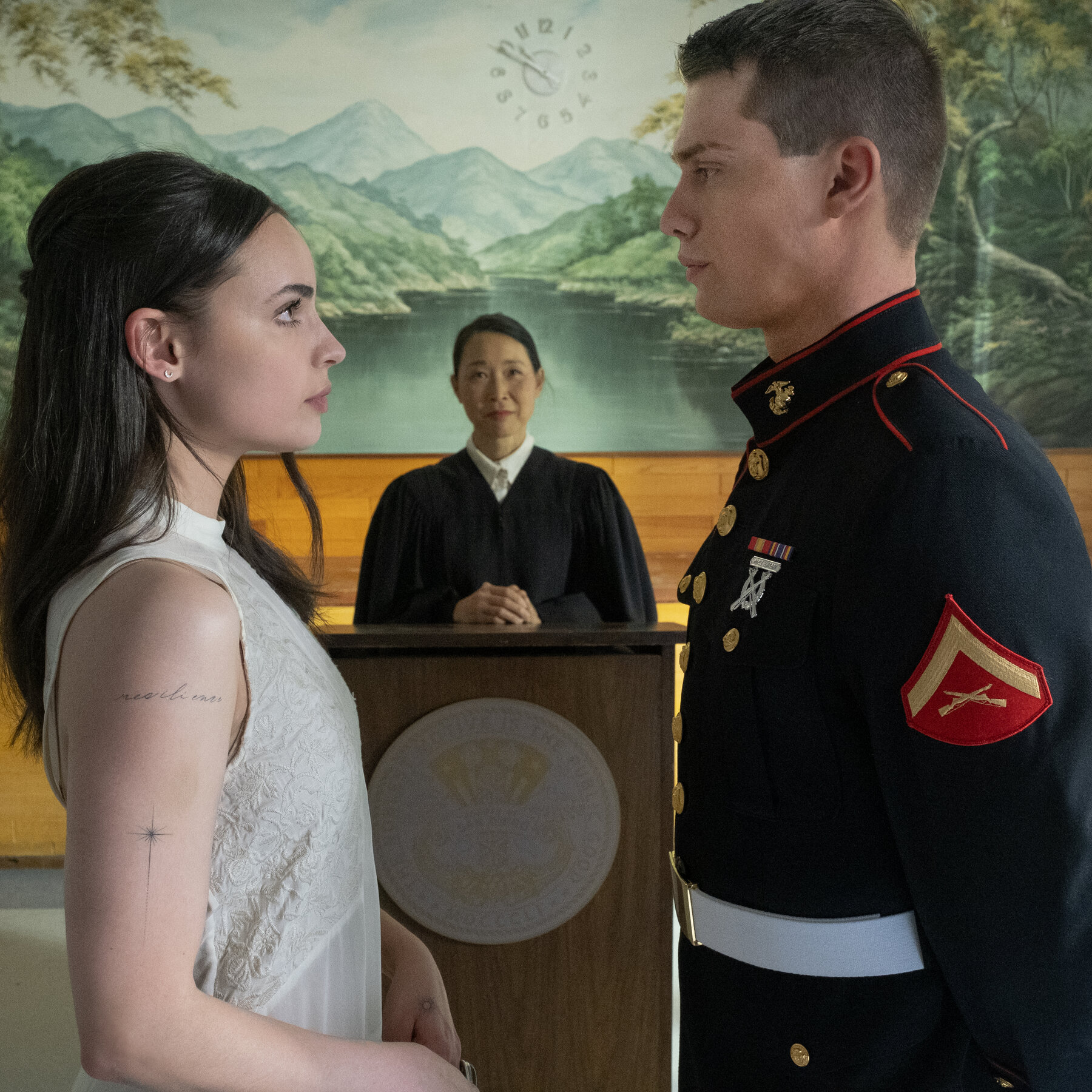 They decide to marry on the day before Luke’s deployment and after a year, they intend to file for divorce as they both think they will have gotten past their issues. Their plan went smoothly till one night while performing, Cassie receives a call that Luke has been severely injured after an IED went off and will be sent back. Luke, now a wheelchair user, moves into Cassie’s apartment after being discharged from the hospital. This is when their undeniable chemistry starts to overflow.

They continue to pretend their relationship to gain the trust of Luke’s father, a retired MP marine officer. They re-decorate Cassie’s apartment: “A Luke makeover”, according to Luke’s brother, Jacob.  Cassie adopts Peaches, a golden retriever, as an emotional support animal to aid in Luke’s recovery. Day by day their connection grows. They allow themselves to get help from the others. They both genuinely care for each other and be with each other in their sickness and health; Worst. Unintentionally, they fulfilled their marriage amends.

The relationship between Luke and his estranged father develops during this period. Luke comes from a three-generation marine family; his grandfather was a marine officer. His father was a retired marine officer who had received the purple heart: Purple Heart is a solemn distinction and means a service member has greatly sacrificed themselves, or paid the ultimate price, while in the line of duty. Luke, himself works as a marine officer. Luke joins the marine to impress his father. But later realizes his passion for serving the country. Luke’s enlistment was unknown to his father until the accident. Despite the fact that his father never speaks about enlistment, he is proud of Luke’s effort and bravery. 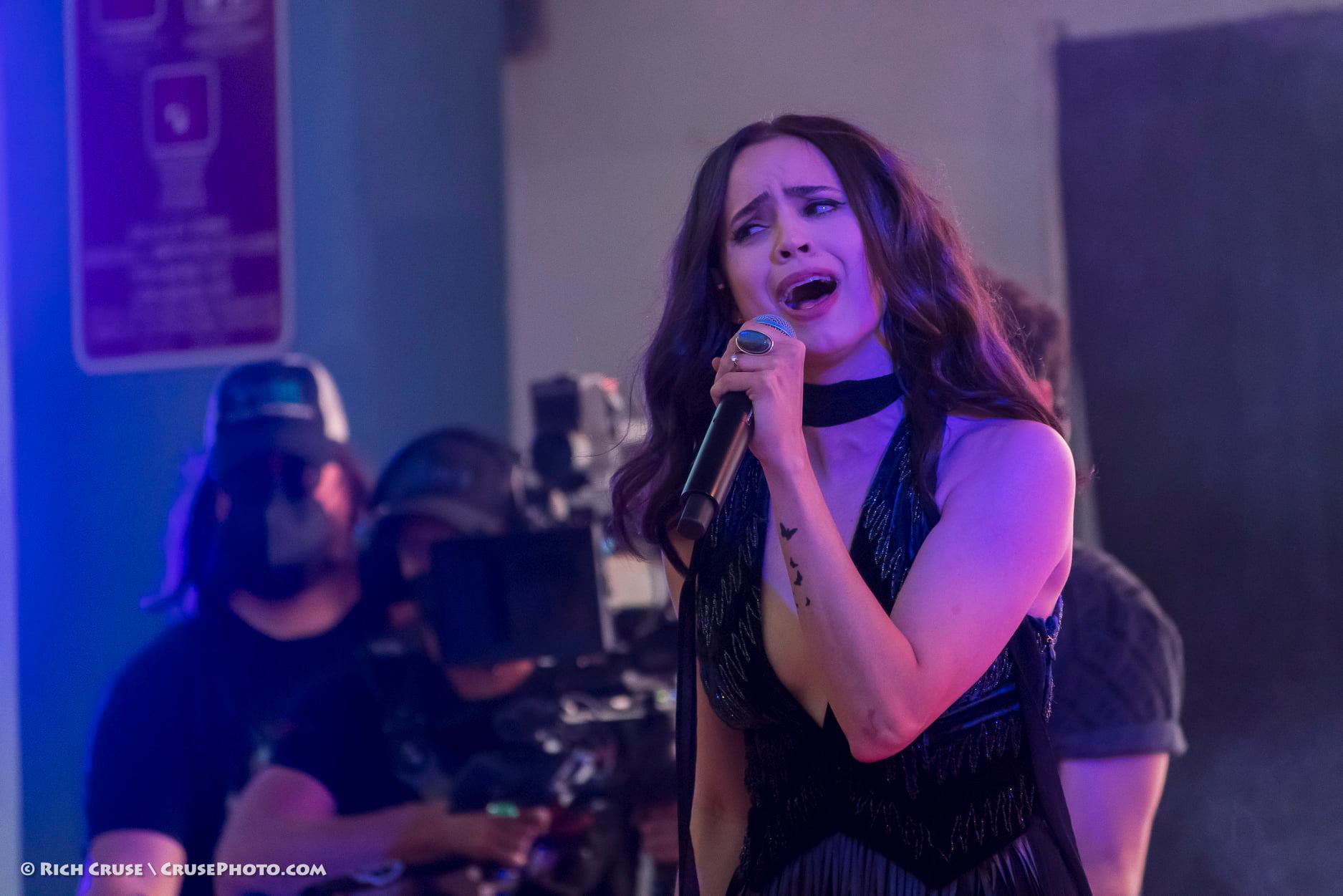 As the movie progresses, the love they (Cassie and Luke) feel for each other, and the pain they go through hit hard in my heart. I love how their relationship develops; strangers to enemies, enemies to friends, friends to lovers. Even though the film does not come under the genre musical, music plays a huge role in the film. All the soundtracks express a part of the growth in their connection. Cassie is introduced to the audience as an independent, caricature feminist who is determined not to rely on men. But somehow Luke makes an influence on Cassie’s songs. The soundtracks show the range in her emotion and voice. My favorite soundtrack is “I hate the way” (by Sofia Carson). This song aptly captures Cassie’s predicament as she develops feelings for Luke.

The sweet blossom of the couple did not last for long as Johnno informs Cassie’s mother and the Marshal Police about Luke’s past and their fraudulent marriage. During the trial, Luke takes full responsibility of the misconduct and says that Cassie was unaware of military law violations. Luke is discharged of six months brig. Though he will be charged with a ‘bad misconduct charge’, he still receives the ‘Purple heart’. On the same day that Luke is to be jailed, Cassie performs her other Luke-inspired song “I didn’t know” where she realizes her love for Luke. After performing she rushes to Luke to before he is sent off. The couple then confesses their love and mark it as “real now”.

The romance and the heat of the two characters, which are different from the traditional love stories, stand out the most to me. In the first half of the movie, Cassie says “In reality, marriage is really just a pointless legal arrangement that turns lovers into enemies” whereas Luke believes otherwise. It is beautiful how two characters having extremely different perspectives about marriage, fell in love with each other. It was definitely not love at first sight. Their love grew eventually. The two fixed each other. They let the love glow in them.

Purple hearts mentions many hot-buttoned issues and modern topics. This shows so much of what men and women must go through in their life; from sicknesses to addictions and overcoming them despite the difficulties. The way Cassie grows as a musician with her condition and how Luke suppresses his intoxicant feelings may motivate and strengthen many people who need it. This film made me look into the insights of our lives, feelings, and encounters in much distinctive way.