It was in mid-sentence

while on a five-way call

as he stood along the wall

seeing a book in his bookcase

with a little “Accio” magic

One might question what Literature is? A simple answer would be, “Difference”. Literature is extremely important to our lives as it reflects human nature, and it is a way we can learn and relate it to others. Sometimes we may get stuck in the thoughts of poetry, short stories, and the book reviews of our lives. REVELATIO was a blogging competition organized by FOS Media, which provided the perfect platform which gave the thoughts of our FOS Media members the wings to fly!

The Competition was instrumental in unraveling a great set of next-generation creativity. The competition comprised of 3 categories as Poetry, Short Story, and Book Reviews in both the languages, Sinhala and English. The best 3 winners of the Poetry and Short Story category were selected by a judging panel whereas the fate of the prizes for the most popular poem, short story, and book review was determined considering social media votes and blog ratings.

The competition was held throughout the literacy month of September, with a total of 31 articles. All the 31 articles were “Different” from each other. They were concentrated around different scenarios. The diversity within them was immense.

The original poetry in various fields as Rural Lives, Parents Love, Nature, Untold journeys, Humanity, Love, Universe, Courage, War, and Social Problems had their own unique rhyme. The short stories which had their own plot, actions, events, conflicts, and turning points which gave that twisting effect. A book review on one of the greatest works of William Shakespeare, “Romeo and Juliet”, which highlighted the literature aspects and techniques.

Throughout the competition period, info-graphics on selected literature techniques such as Juxtaposition, Alliteration, Onomatopoeia, Foreshadowing, Personification, Metaphor, Paradox, Colloquialism, were shared to give some insight into Literature aspects. 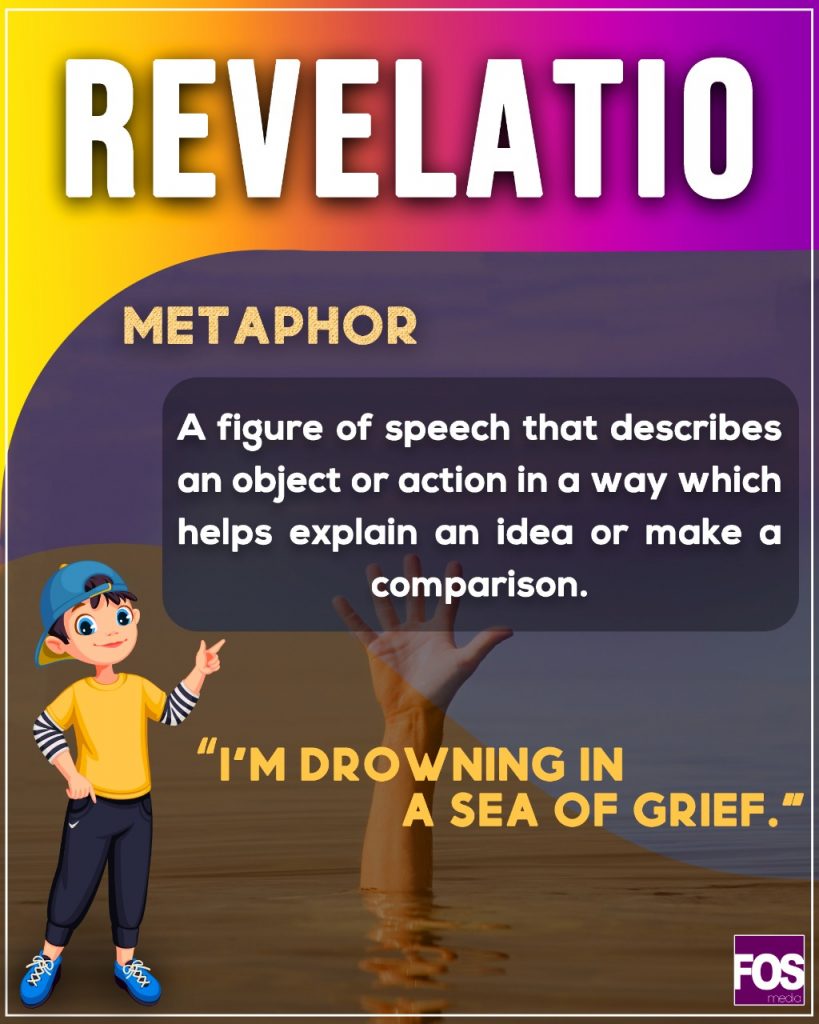 The FOS Media blog continued to function with a different taste throughout the month of September as a competition even during the exam season.

REVELATIO 2020 has been a resounding success, and we are glad that so many individuals benefited from being a part of this competition. It may have been the first step that you gave wings to your thoughts so they could fly high, in the FOS Media blog. Nevertheless, it was the “Difference” that mattered.

FOS Student’s Blog has always paved the path for many writers to express their creativity in different aspects and this legacy will move on with promising new additions in the upcoming years.

As I quote from the blog article, “At the 1000th Milepost” by ‘Ramalka Kasige’,

“…never forget the words of Lao Tzu (a Chinese philosopher), “The journey of a thousand miles begins with one step”. So lace up your boots, hold your pen firm as we have many more milestones to reach. Let us together take the name of our blog to greater heights.”

Expand your horizons, build critical thinking skills, leap into the past, and address the humanity!