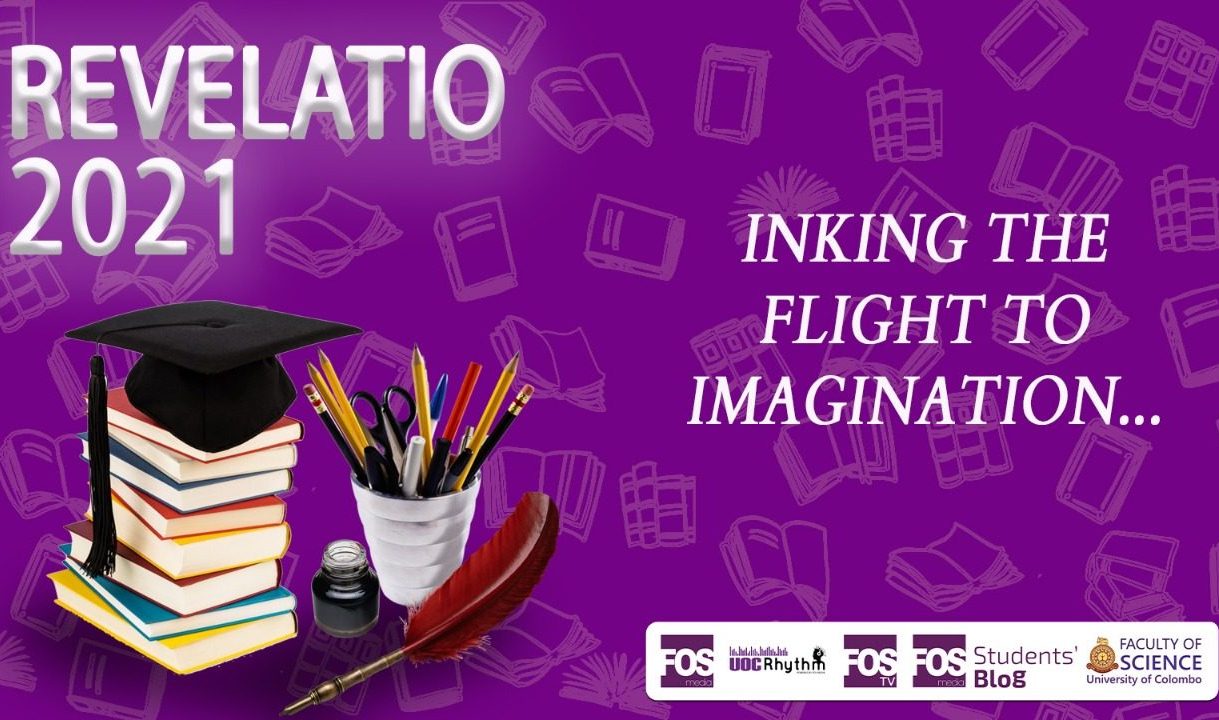 “Wake Me Up When September Ends” was a popular rock song back in the 2000s, but for the literature enthusiasts, September is the exact month they would want to stay awake throughout, for it’s the Literacy Month to celebrate nothing but literature.

Revelatio is the annual blogging competition, organized by FOS Media, the Official Media Unit of the Faculty of Science, University of Colombo, to coincide with the much-awaited Literacy month. This year it was preceded by ‘Readathon’, a series of posts that shed the limelight on some of the most outstanding and celebrated works of Sri Lankan authors, as well as a Puzzle Competition, which put the literacy knowledge of the FOS Media members into a rigorous test.

Eight Sri Lankan novels, namely, Appachchi Awith, The English Patient, Apoyiyaawa, Chinaman: The Legend of Pradeep Mathew, Prabuddha, A Passage North, Kaanthaaraye Kusuma, and Sam’s Story were recognized and acknowledged in ‘Readathon’, where a brief description about the book and its author was also provided along with the post.

The Puzzle Competition was held via the social media platform Instagram and comprised four puzzles, two each from Sinhala and English, that went on to test the knowledge of bibliophiles on various literary techniques such as onomatopoeia and alliteration, along with their prowess on general literature.

The main event, Revelatio 2021 blogging competition, was spread across two whole months of November and December, and saw a total of 41 compelling articles from 31 enthusiastic authors, competing for only a handful of awards.

This time the competition was held under four categories, as, Poems, Short stores, Science Fiction, and Reviews, where each of which had entries from both Sinhala and English.

The themes of the poems varied from the evergreen unrequited love to devastating Easter Attacks of 2019, whereas short stories and Sci-fi dealt with their own subject matter ranging from time travel to zombies.

Reviews were done not only on classics of literature such as Pride and Prejudice but also on contemporary movies such as Premum.

With the amount of talent the FOS Media possesses, it was almost certain that the judging panel would have a hard time selecting the winners. Despite that, the following outstanding individuals emerged as winners, showing excellent skills in their respective categories.

Finally, immense credit must be given to all those who worked hard to make this event a success, and sincere gratitude must be bestowed to the distinguished judge panel that comprised Ms. Ramalka Kasige, Ms. Nadeeshani Ekanayake, Ms. Vinushayini Ravichandran, and Ms. Nipuni Perera.

And, as George R. R. Martin mentions in his book ‘A Dance with Dragons’,

A reader lives a thousand lives before he dies, said Jojen. The man who never reads lives only one.

So congratulations and well done to all those who inked the flight to their imagination. You have made us all live a thousand lives before the inevitable happens.