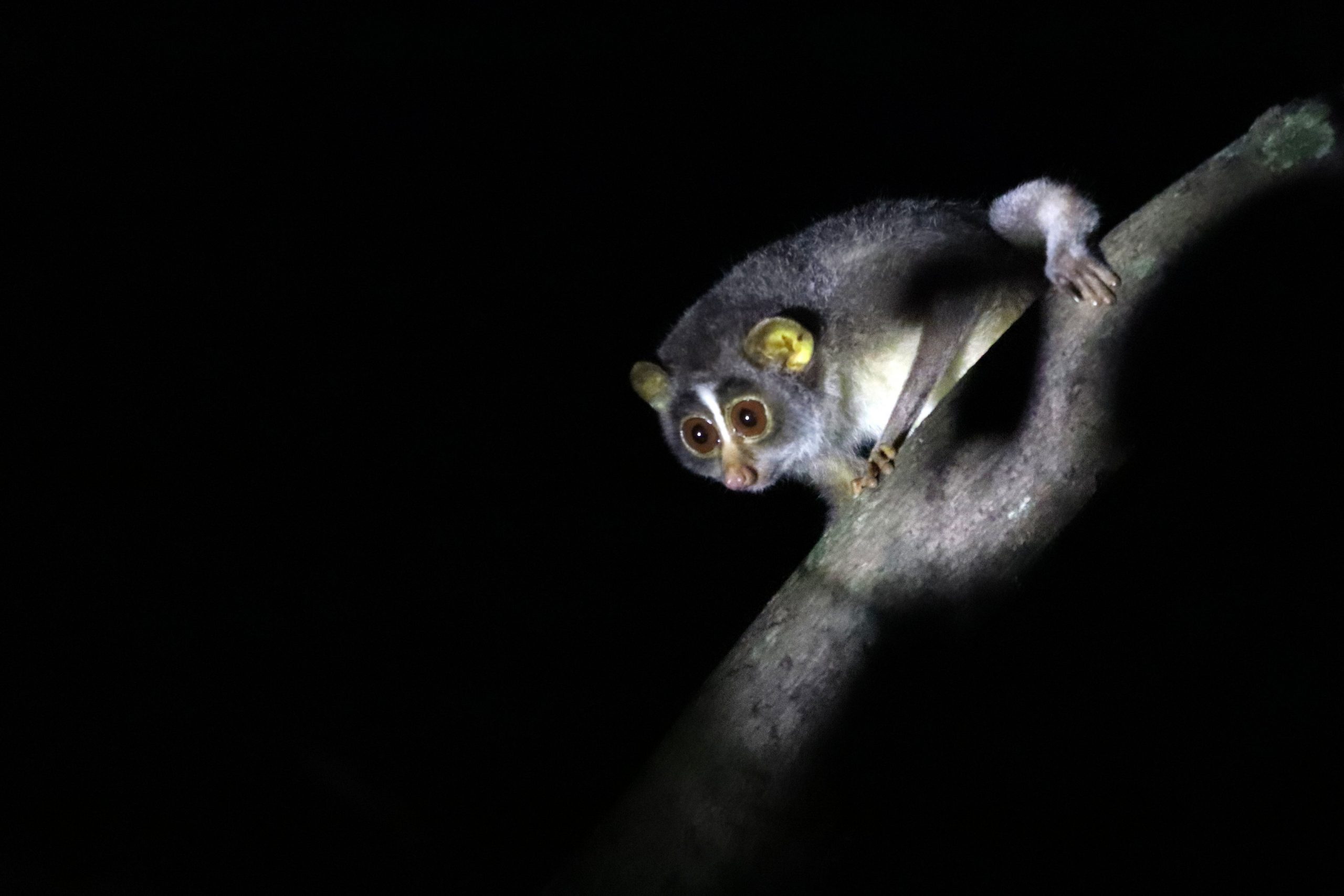 The view from the top of the Dambulla cave temple makes it certain that Dambulla in the Central Province of Sri Lanka is one of the top tourist attractions of the country. With Sigiriya and Pidurangala standing with glamour and the glitter of the rose quartz mountain boasting the geography of South Asia, are the main locations that you will not miss. It is certain that most would not have taken much notice of a small wooden gate with a single board saying “SAM POPHAM’S ARBORETUM” in a less significant road towards the Kandalama lagoon. 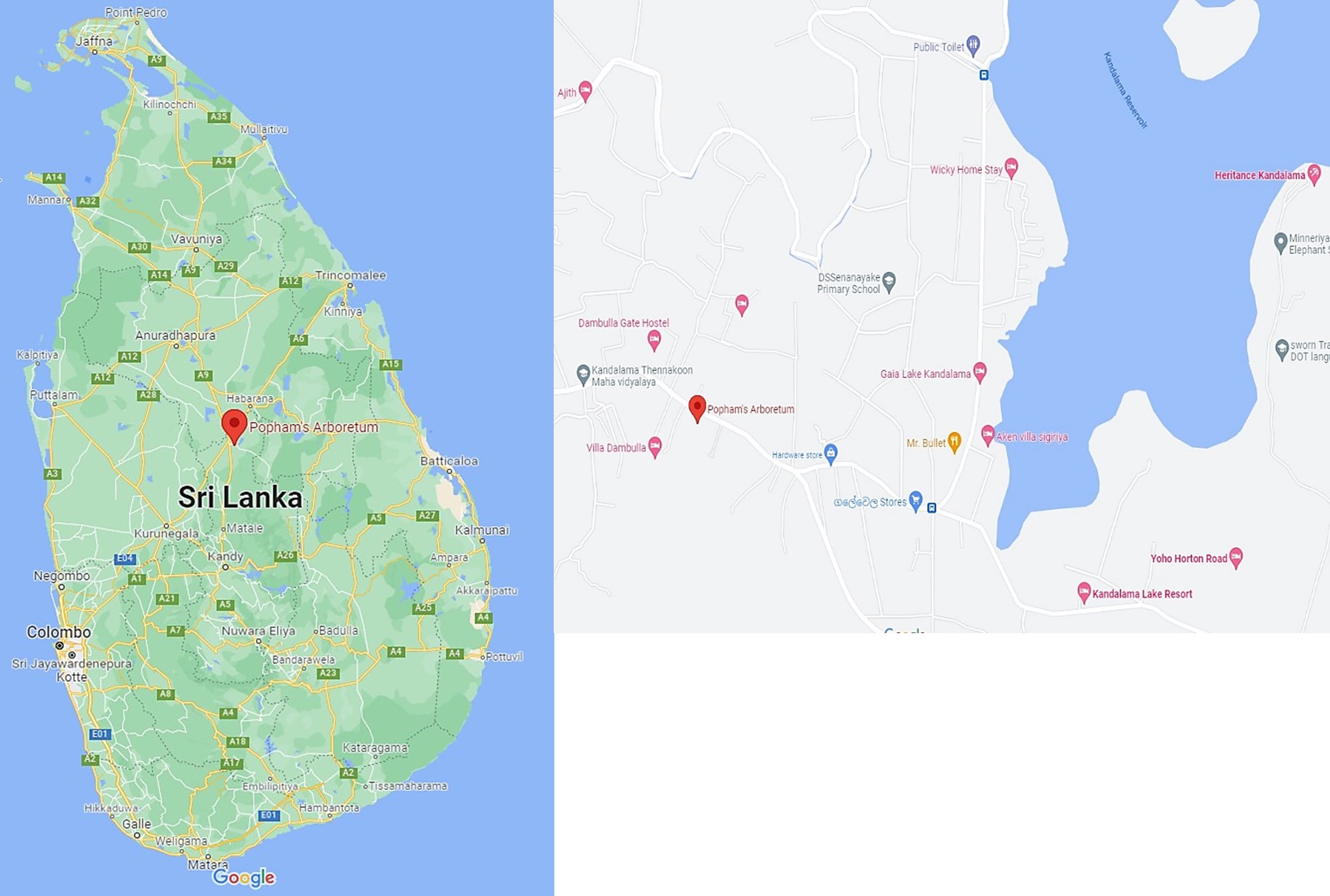 Relatively less advertising over the years has made this magnificent place a simple miss among the giants at Dambulla. The Arboretum was founded by Mr. F.H. (Sam) Popham from England, who bought seven and a half acres of land in 1963 when it was just a scrub jungle. With immediate initiation of work, he converted this wasteland to an area of natural beauty to conserve the unique biological diversity of the dry zone of Sri Lanka. Assisted Natural Regeneration (ANR) has been the method employed to restore this forest which is usually practiced by promoting young tree growth by controlling weeds, grasses, and removal of competitive epiphytes long term.

The 36 acres of this land serve as a home for a variety of fauna including mammals, birds, butterflies, and dragonflies. The arboretum also functions as a restoration site to several valuable and endangered native forest flora, lichens, and mushrooms. As a whole, it can be considered as a controlled haven for nature.

Four trails in the light 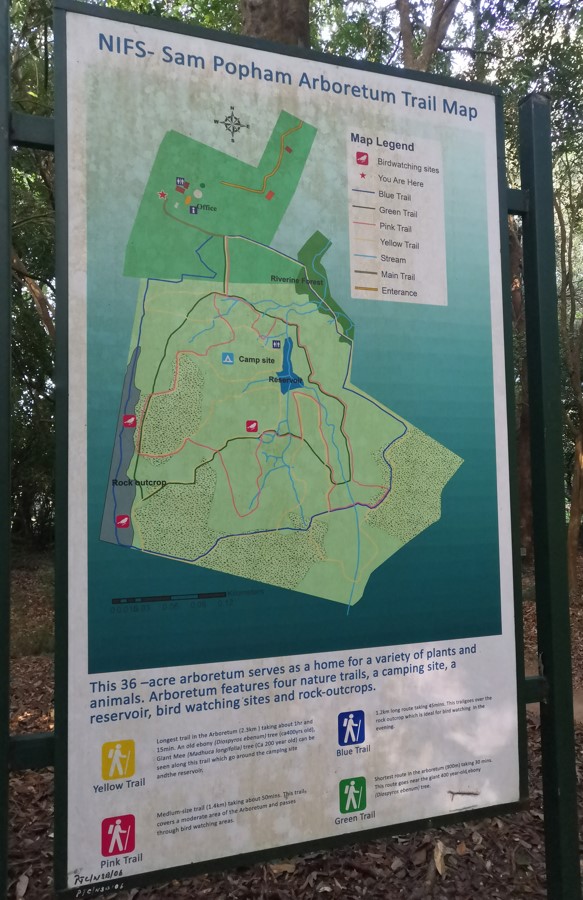 It was just Rs.100 for the daytime nature trail around the Arboretum. Four different trails marked with arrows of 4 different colors along the entire way made it extremely easy to wander within the premises. The 4 trails have 4 different distances covering different places including a camping site, a reservoir, and bird watching sites.

The pink trail was rather interesting as it went to the inner depths of the premises where we encountered a few white spotted deer running fast, to the noise of the crack of dried leaves. It was almost difficult to spot them clearly among the tall trees. Some lizards, butterflies, and a variety of birds were of common occurrence in all 4 trails. The psithurism within the premises makes it the perfect getaway from the busy and crowded attractions in the city. It takes almost an hour or two to complete one trail.

No trails in the dark

If you are a nature lover and want more adventure, the arboretum provides a perfect Night Safari to spot the two signature species within the premises: Gray Slender Loris and the Scaly Anteater (Pangolin). The spotting of Loris lydekkerianus (E. Gray Slender Loris, S. Alu Unahapuluwa) has been the main tourist and local attraction of the arboretum. Many might have seen a Loris in a cage but spotting them in the pitch darkness of a forest with crawling reptiles and tickling feel inside the trousers brings the scenario to a whole new level.

The night safari starts at around 7 pm. A group of visitors is taken in groups with an experienced naturalist who guides the way into the dense forest, obviously ignoring the man-made trail most of the time. The naturalist uses a red flash as he goes along the trail and the visitors are constantly advised to use minimum white flashes just to see the roots and rocks or small animals that we may step on to. It was a relief to not experience leeches as of the wet zone of Sri Lanka. Nevertheless, a few weird spiders and hundreds of black ants were among the troubles that I had to shake off frequently. After around 15 minutes, the guide said: “Lights off” and he went kind of “off-road”. There it was. A pair of torch-like eyes looking at us from a tall tree. 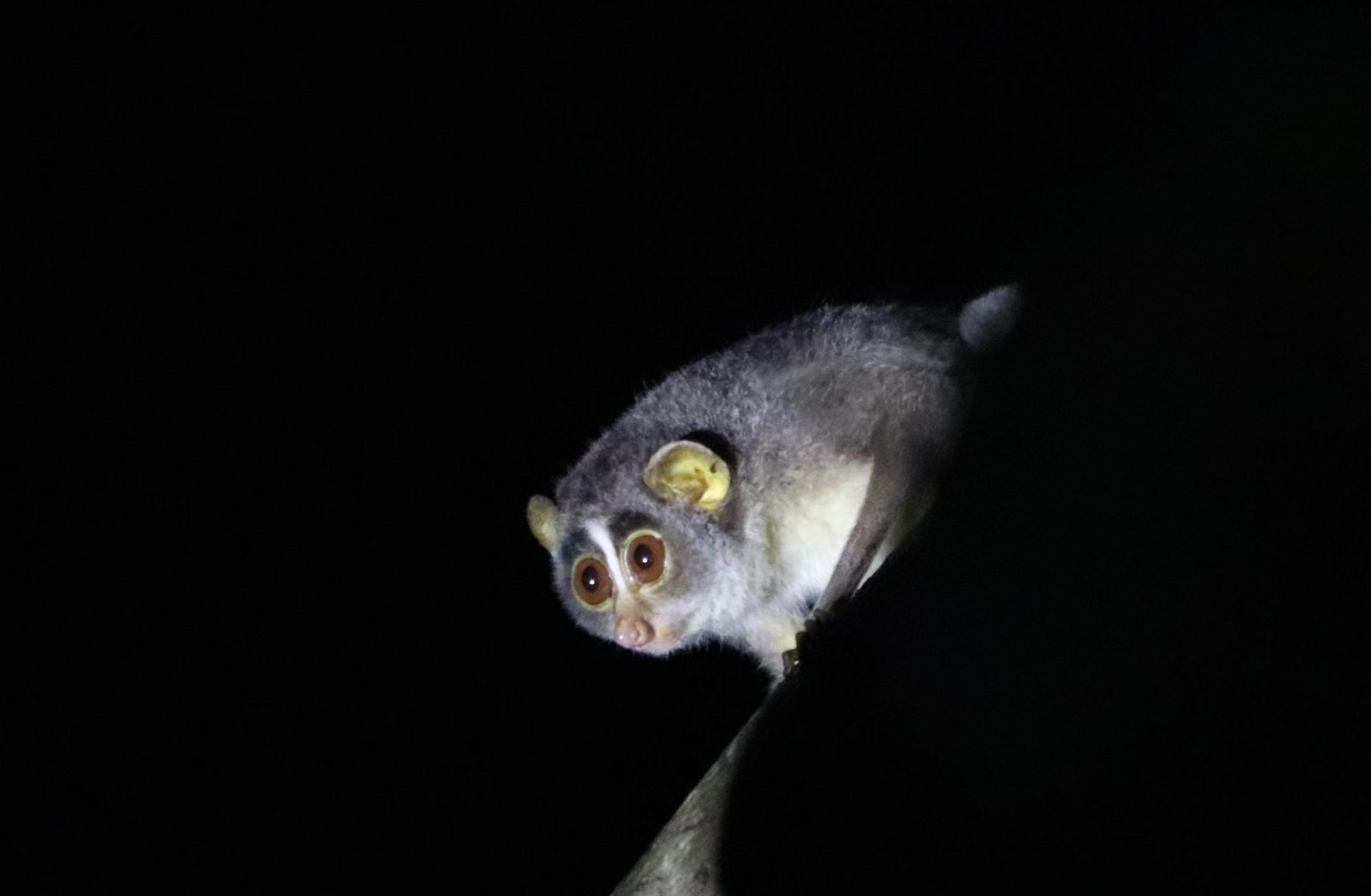 It was my first sight of Loris in its natural environment. It was calm and slow, and it has been its call that made the naturalist spot it at once. It was just a minute that the guide allowed us to observe it, as the white flash makes them show stressed behaviors. Further along the trail, we were lucky to spot another Loris hiding within the canopies. It is only through a night safari we could spot these creatures as they are both arboreal and nocturnal.

Another breathtaking site was the moving fireflies in the rock outcrop of the arboretum. On it the constellations sparkled so clearer, reminding us that still there are some places with no air pollution. We moved further into the dusk with the hope of finding a pangolin, but we were unable to do so. As the guide mentioned, they are so sensitive to the sound/vibrations of footsteps making them harder to track. The arboretum provides logging facilities and camping for researchers and nature lovers with prior notice and there have been several published research done in this arboretum.

The night safari was around an hour and a half as we were lucky to spot a Loris soon. If it was not, it extends more as the guide won’t stop until at least one is spotted. A charge of Rs. 1500 was taken from one visitor for a night safari, which is worth the experience, protection, and hospitality provided. There is a bat cave near the office and logging where a few bats hang down as usual. It was indeed a different experience at Dambulla and a change from the monotonous lives of the city. 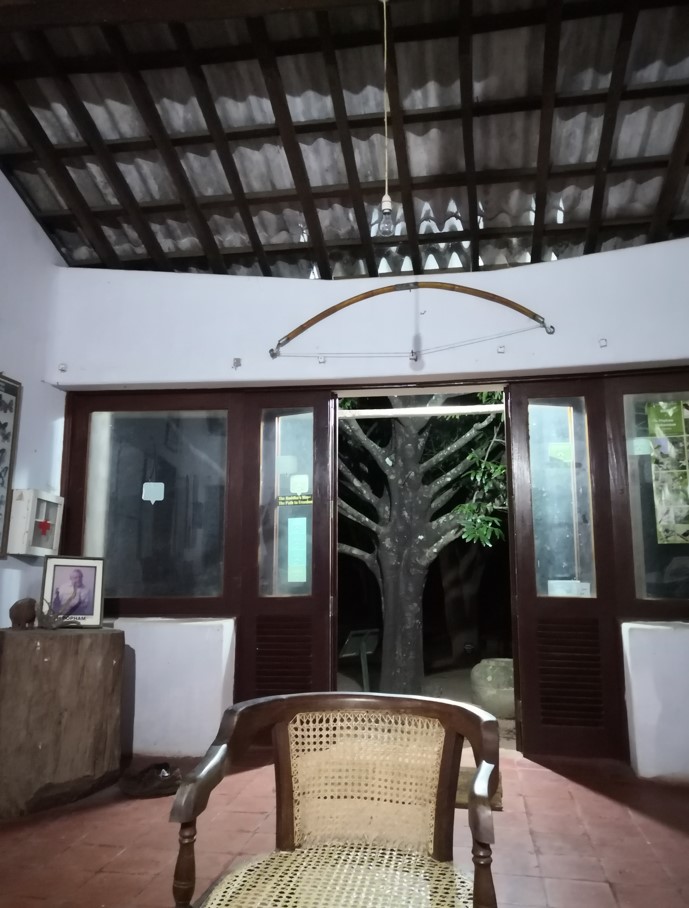 Along with the lasting memories I had in that one-day stroll, the take-home message was the urge of an Englishman to conserve our biodiversity within our environment, which is simply a humble and wonderful deed. Mr. Popham living in his 90s in England constantly oversees the activity of this arboretum and it is the responsibility of the visitors to help conserve the diversity in its own borders.