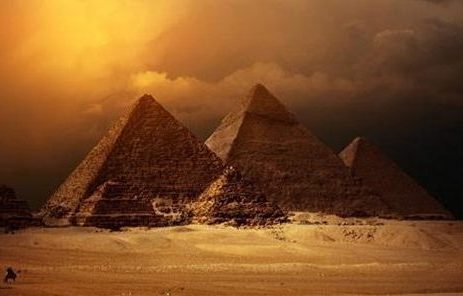 “There is only one universal language, which is the language of numbers and proportions that are so striking and stunningly built into the Great Pyramid and to which our current science has no appropriate response.” – William Witteveen

The Great Pyramid of Giza, world-renowned as one of the Seven Wonders of the World, is the largest of the three Pyramids of Giza. The first to be built of the three is known as the Pyramid of Khufu. A common understanding is that it was commissioned to be built by the Pharaoh Khufu.

The Pyramid of Khufu currently stands at 138 meters, due to its missing capstone. However, its original height would’ve been 146.60 meters.

Dimensions of the Great Pyramid of Giza

The Pi Theory and the Great Pyramid of Giza

The perimeter of the Pyramid:

Thus, it was discovered surprisingly, that upon dividing the perimeter of the Great Pyramid of Giza by its height, one would obtain a result approximately equal to the value of twice of pi.

And one cannot but marvel at how the value obtained by the division is so close to the value of twice of pi.

This undoubtedly brings up a few questions:

Of course, many a theory has been presented to explain why the value pi had been incorporated into the creation of the Great Pyramid of Giza. One such theory involves the fact that 2π is the value obtained when one divides the circumference of a circle by its radius. It was Egyptologist John Taylor, who brought forth the theory that the Pyramid of Khufu was a representation of the spherical Earth, with the pyramid perimeter being the circumference of the Earth at the Equator, and the pyramid height being the radius of the Earth from the center to the North Pole.

The Golden Ratio and the Great Pyramid of Giza

The base area of the Pyramid:

The surface area of the Pyramid’s four sides: 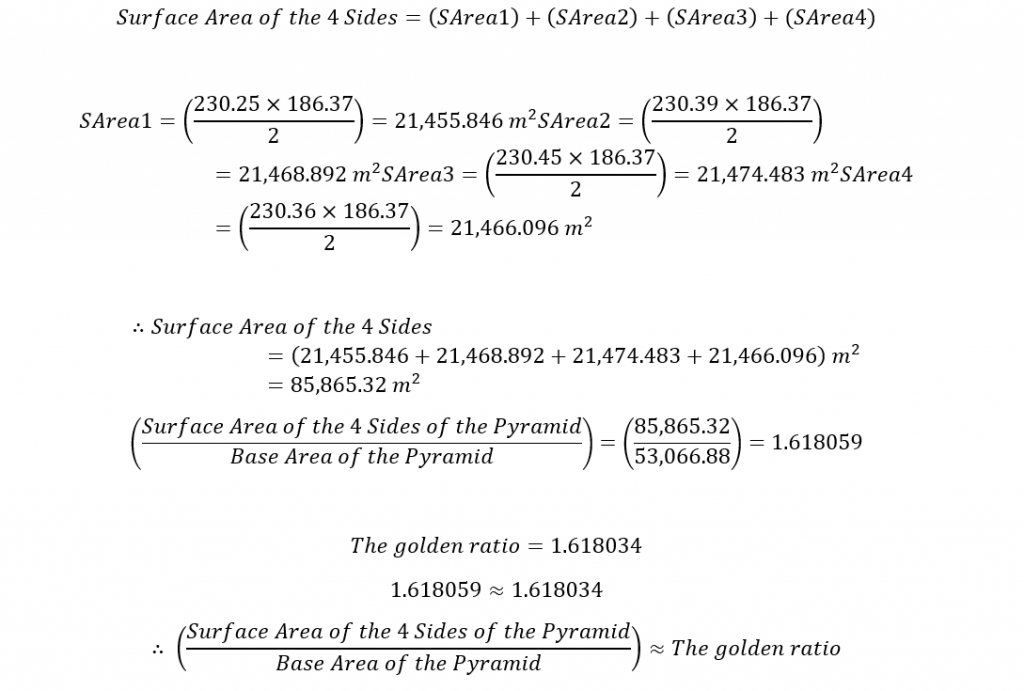 The golden ratio is a famous special number that can be seen all over nature. Some instances of where it can be found in nature are, the number of petals that a flower can have, the formation of seeds in a flower, and the formation of branches of some trees. Even something extremely massive, like spiral galaxies, follows the golden ratio.

Once again, we find ourselves in a puzzle:

There exists no evidence, proof, or traces of how such feats could’ve been achieved by the ancient Egyptians. This is especially so when one considers that the structure these 2 mathematical values have been incorporated into, is a large pyramid weighing an astonishing six million tons.