Are you a murderer, a killer?

Of course, Your answer will be a definite no.

Let me rephrase the question. Is there a possibility of you becoming one?

In that case, Even if you deny, the answer is yes.

Murderers may or may not have a motive to commit a crime. Their work might be a pre-meditated kill, a crime of passion, or an act of self-defense. These causes might turn anyone, you included, to be a murderer willingly or unwillingly given the right time and the circumstances.

However, not everyone can be a serial killer. Not everyone has the potential state of mind to be a serial killer because serial killers are never subjected by self-defense or Impulse. They work according to carefully laid out plans to take out the targets, one by one step by step. In contrast, serial killers can also be thrill killers, taking out random and innocent people all for nothing but the pleasure of heart.

The complexity of the works of serial killers has led to hundreds of studies all over the world. With the progress of psychological, sociological, and genetic approaches, the researchers have concluded that two fundamental causes contribute to making up a serial killer. Nature and nurture.

Until recently, no genes were found to contribute to severe or recidivistic violent behaviors such as homicide. However, according to a recent meta-analysis on data from 24 genetically informative studies, up to 50% of the total variance in aggressive behavior can be explained by genetic influences.

The story of relating genes to criminal behavior began three decades, ago when a group of Dutch women set out to find an explanation for the antisocial behavior of the males in their family.

The males in their families showed serious aggressive and criminal behaviors. Since they saw these behavioral patterns in every generation of men, they concluded that these might be hereditary conditions. This conclusion leads them to the geneticist, Hans Brunner at the university in Nijmegen, Netherlands.

In 1993 Brunner identified the true possible criminal responsible for this kind of behavior, a mutation of a gene called Monoamine Oxidase A, or MAOA, on the X chromosome. 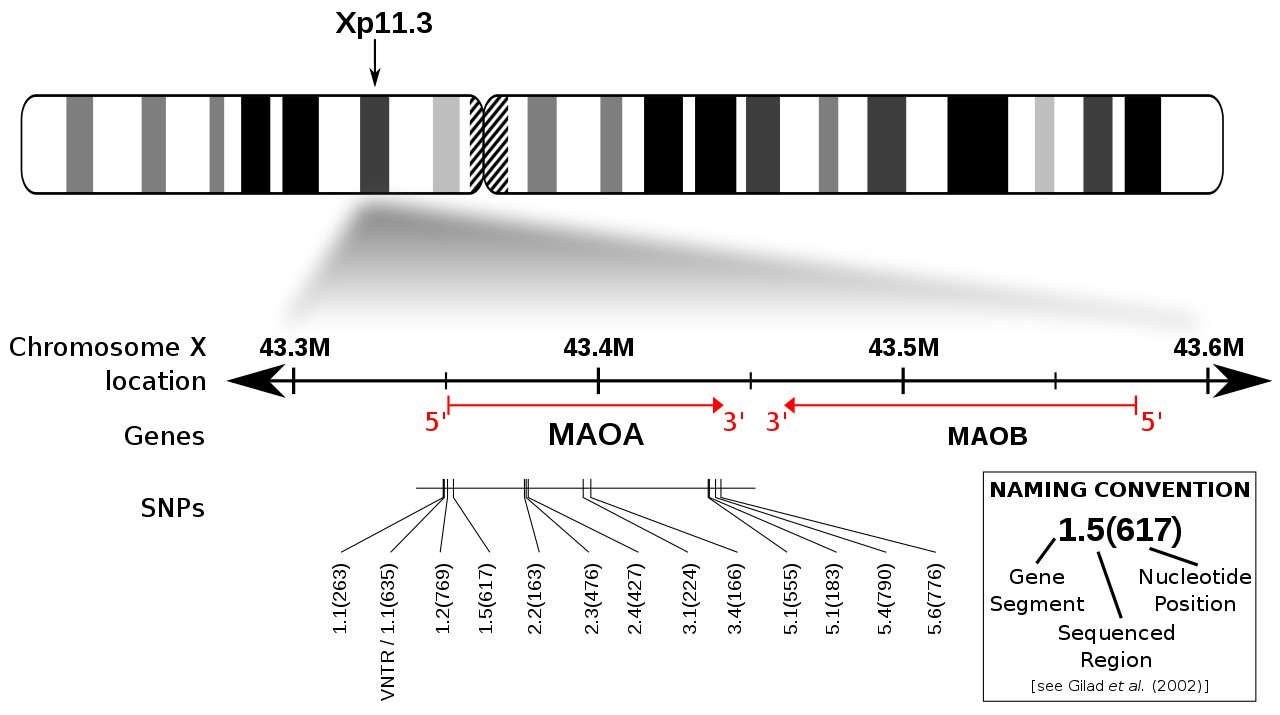 The cognitive functions of the brain are controlled by a series of chemical and electro-chemical pathways related to the brain cells. Neurotransmitters are one of the links in these pathways for continuing healthy brain activity.

A mutation in the MAOA gene, which was commonly referred to as the “warrior gene”, cause inefficient metabolism of several important neurotransmitters involved in aggression, emotion, and cognition such as,

The dopamine system, which is involved in mood, motivation and reward, arousal, and other behaviors.

The serotonin system, which is involved in impulse control, affects regulation, sleep, and appetite.

However, in MAOA low (MAOA-L) condition low levels of enzyme lead to unhealthy amounts of different neurotransmitters accumulated in the brain systems.

In 2008, Prof. Joshua W. Buckholtz (Harvard University) and colleagues went on to show that functional connectivity between the ventromedial prefrontal cortex (vmPFC), a region implicated in impulse repression, and the amygdala, a region implicated in emotional salience, was increased only in males with the low MAOA gene. Moreover, when performing an emotional face-matching task, MAOA low (MAOA L) males showed increased activation of the amygdala and decreased activation of the vmPFC as compared to control subjects. Interestingly, decreased activity of vmPFC and increased activity in the amygdala had previously been correlated with antisocial behavior.

He subjected all 89 to a psychometric and genetic analysis. The ultimate results showed that inmates with MAOA-L condition committed more violent crimes. 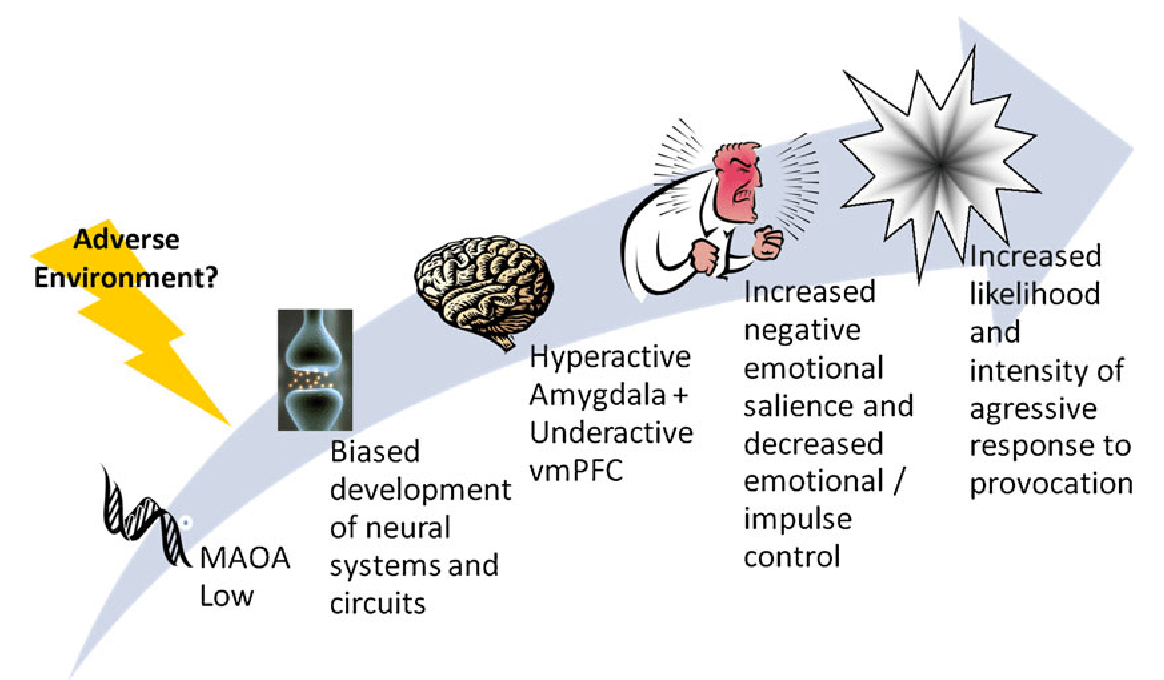 Ted Bundy is one of the most popular criminals in history. He has committed more than a hundred homicides and rapes by the time he was taken into custody.

Ted Bundy is a fine specimen for the activity of MAOA-L action. Having a loving family, it wasn’t the nurture that turned him into a criminal, but it was the aggressive and compulsive actions resulted from the neural activity in his brain.

Ted Bundy was part of a working-class family. He was shy, smart, and handsome. Ted Bundy’s peers have viewed him as charming, intelligent, well dressed, and popular. He fell in love with a fellow student at the University of Washington named Stephanie Brooks and was in a relationship for a year. The end of their relationship dealt a psychological blow that caused Bundy to drop out of college. This was when he started his rapes and murders of youthful women that resembled Brooks.

This explains that it was the traumatic event that caused his criminal behavior, not the way he was nurtured as a child.

However, not all serial killers have mutant genes.

In 2007 Dr. William Bernet (MD psychiatrist, Tennessee, USA) conducted a test regarding 15 defendants prosecuted for 1st-degree murder and only 5 of them displayed the MAOA-L conditions.

Further details of nurture in making criminal behavior are not discussed in this account but childhood maltreatment and childhood trauma are the basic conditions of nurture which makes up a murderer’s mind. 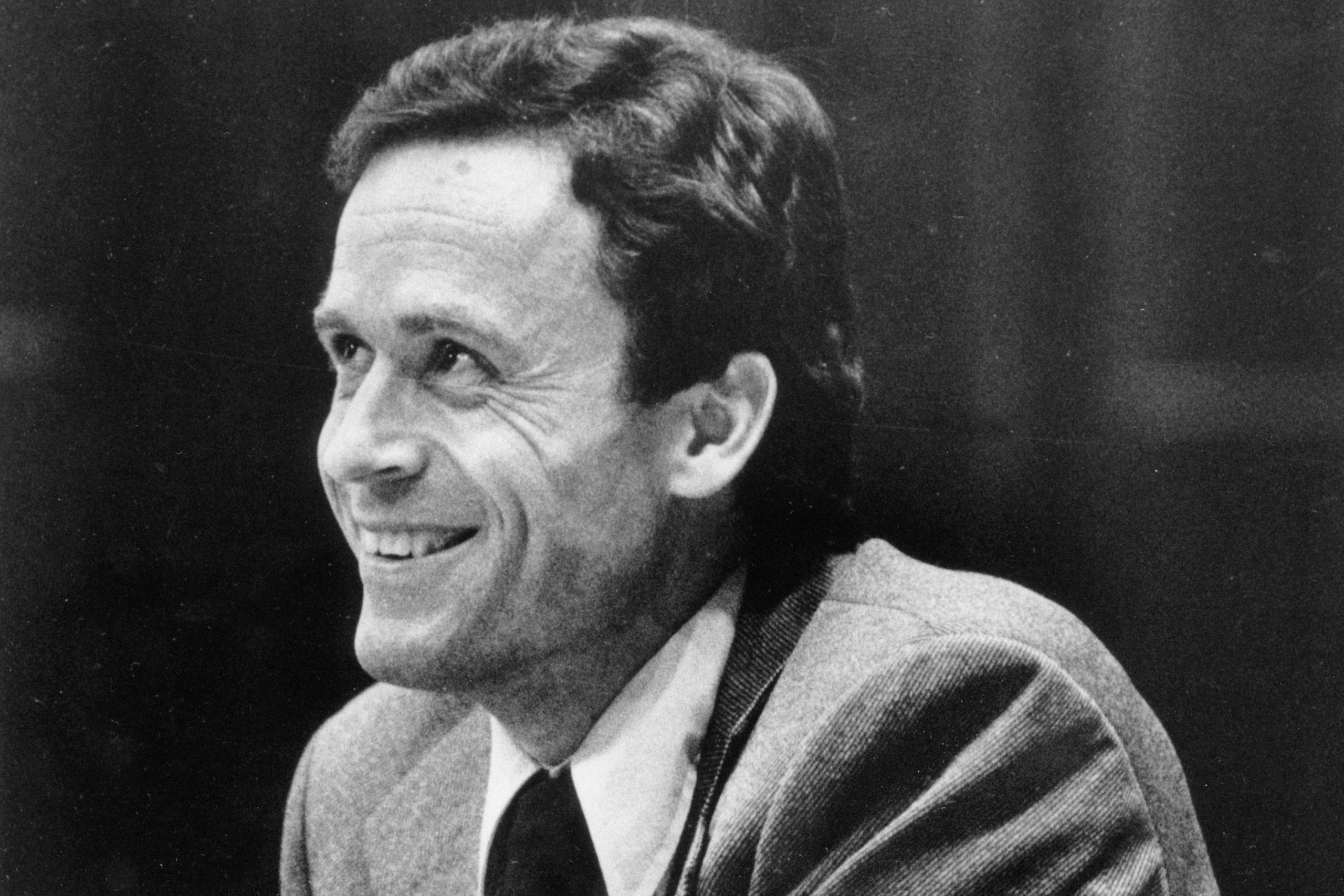 By the latest researches, it has been found out that MAOA-L is not the only gene responsible for aggressive behavior. They identified several other genes that affect the functions of cerebral neurotransmitters that affect the mood of a person. The discovery is still in progress as you read this. These discoveries can be revolutionary for modern criminology and psychology.

None of us are born to be criminals, or raised to be one. The slightest event might turn someone’s world upside down and made them an unwanted criminal, but it’s our duty as the rest of the world to properly be dealt with them. These discoveries we are making today might add a tiny spark of hope for really understand the troubled people around us. Understanding these inevitabilities might take us to a world a little better than the world we’re living in today.