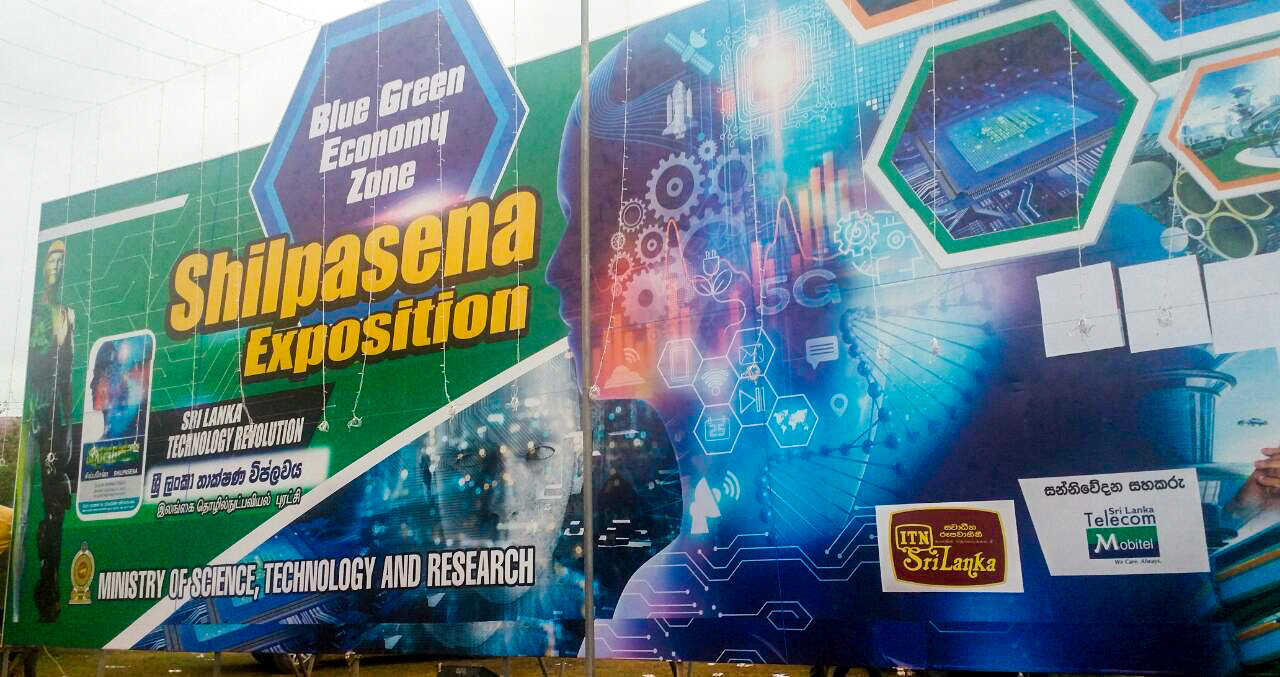 The second phase of “Shilpa Sena – Sri Lanka Technology Revolution” exposition organized by the ministry of science, technology and research was held from the 25th – 29th September 2019 at Gallella National stadium in Polonnaruwa with a number of educational, innovative and entertaining events. The stadium was a completely different place during these days. The opening ceremony was held on the 25th of September 2019 under the chieftainship of his excellency the President, Hon. Maithreepala Sirisena. The stadium was full of scientists, technicians, students, elders and youngsters alike. Shilpa Sena Exposition was divided into five zones. These were the technology zone, entrepreneurship and job market zone, innovation zone, green zone and entertainment zone. The exhibition was held under the theme of “සවිමත් දෑතින් පොහොසත් රටක්”. 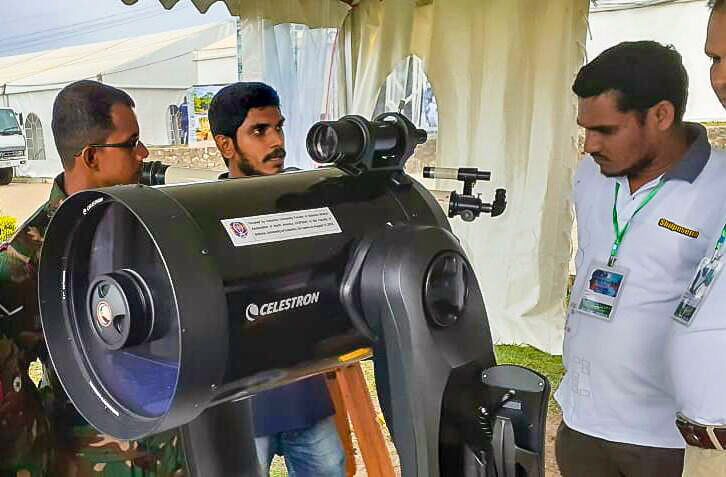 The Astronomy and Space Science unit operates under the Department of Physics, Faculty of Science, University of Colombo. Under the guidance of Professor Chandana Jayarathna, the university students studying in the first, second and third years joined to this event. The stall of this unit was in the space technology section of the technology zone.Professor Chandana Jayarathna along with the university students, distributed a lot of knowledge to the people who came to this unit. Most students of schools, universities, and technical colleges showed a high preference to visit this unit. They tried to get knowledge by asking questions and listening to the explanations. The students of the University of Colombo attempted their best to satisfy their needs.

The people who came to this unit gained knowledge about the various types of telescopes, the mechanism of the telescopes, various types of meteorites and their characteristics, etc. They also were treated to 3D views of planet surfaces. Further they observed distant objects through various types of telescopes. Throughout the exhibition, ordinary people as well as students participated actively at this unit. The special event of the Astronomy and Space Science unit was the night time planetary observation session. This was a desirous and curious event for the people. The other part of the space technology zone was the mobile planetarium. It was also a popular event for the students and the other people alike. They presented various known and unknown bits of knowledge about the sky and the history of astronomy and space technology attractively at the mobile planetarium. 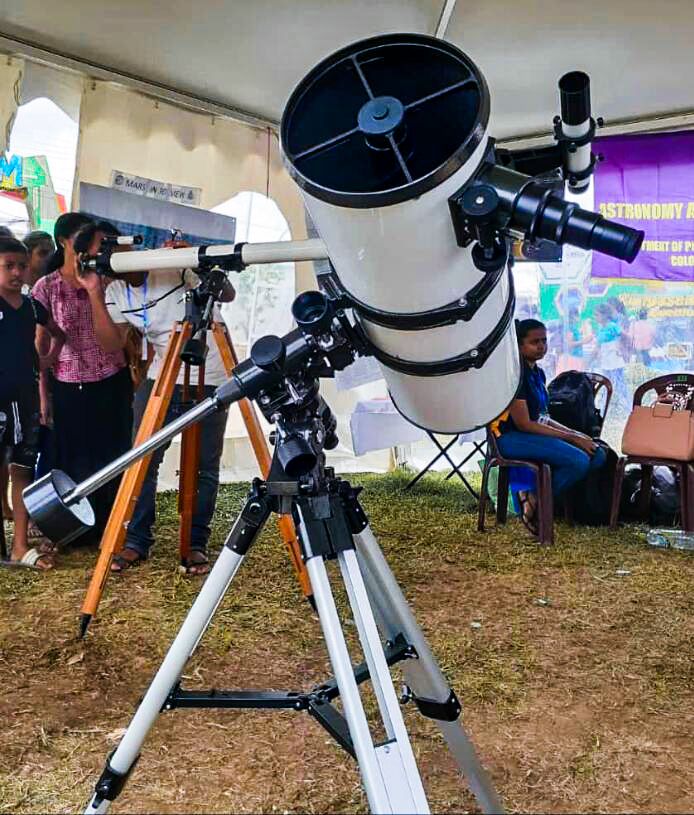 As a first year student I tried my best to learn from my seniors and distribute the knowledge to the people. It was a valuable event for us to get experience in the astronomical field. We were able to deal with officers of ministries, students, and other people in different sections. Also, working with our seniors was an exciting thing for us. It is thanks to Professor Chandana Jayarathna and our seniors that we got this opportunity. Shilpa Sena 2019 exposition helped immensely to minimize the distance between science, technology and research fields and to bring the industry closer to people.