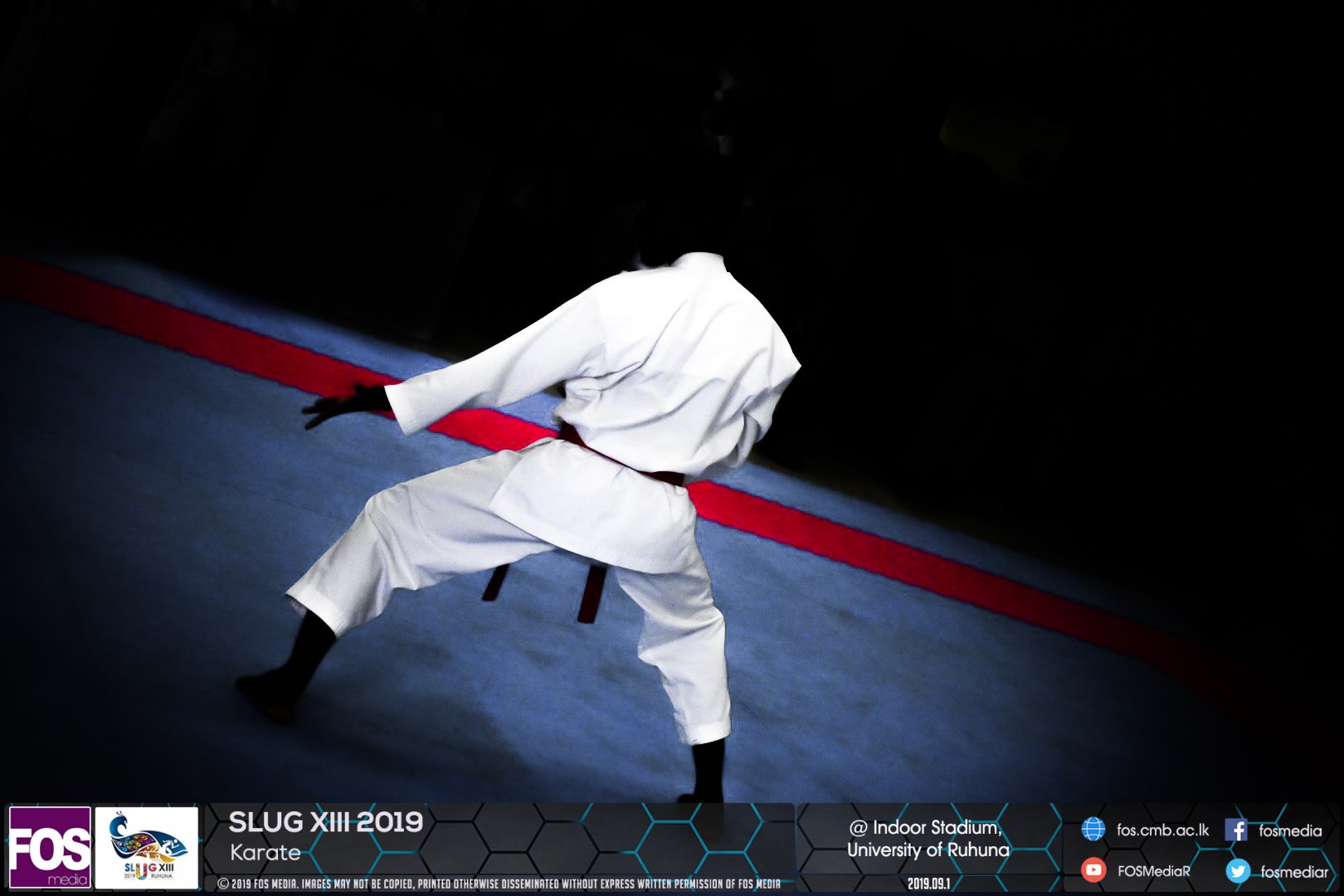 The endurance gained through months of practice and hard work was tested against the talented players who flocked together at one arena. Teams representing the University of Colombo led by Viduranga Wijeratne and Sarala Samaranayake as captains for Boys and Girls respectively. Students were representing all the academic years of all the faculties in the university of Colombo.

Finalized results were as follows:

About forty players representing the University of Colombo participated for the tournament. Mr.Sisira Kumara who was the team coach accompanied the team along with personnel from the physical education department to guide the students throughout the event. High-end technology was put into use as well in order to arrive on fair decisions of Karate tournaments. Thereby ensuring the unbiased decision granted to each and every player considered.

Despite securing top places in the scoreboard, all players understood the value and the evergreen memories they gathered by being a part of this tri-annual sport event which in undoubtedly considered the most spectacular event for undergraduates of state universities of the country.

We FOS Media congratulate all the winners and thank all the players for entertaining us with very competitive series of Karate games for SLUG XIII – 2019.