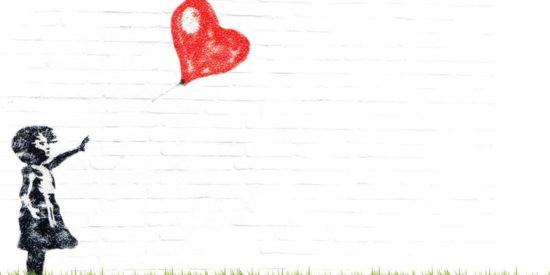 The word, “departure” often leaves us with negative feelings in our minds. Especially, departing from loved ones becomes even more difficult due to the strong bond we have with them. However, it is a universal truth that life is a series of goodbyes and hellos. Therefore, at some point in life, everyone would have to bear the sorrow of departure of somebody they love, either death or a temporary leaving.

John Donne, an English poet, who was famous for his sensual and strong metaphysical writing, wrote this famous poem-“Sweetest love, I do not go” describing the justifications he had used to console his wife, when she was afraid of him leaving for a journey, one day. Here, Donne expresses his passionate love for his wife by argument and reason. The facts he uses are so realistic that they can be the feelings of anybody in the departure of a beloved.

In the first stanza, the speaker says he is not leaving his lover because he is tired of her and he explains that there is no better love for him than hers. To console his lover, he compares his departure to his death. This may sound a bit pessimistic and a question arises on how a person is consoled by the death of someone they love. Here, the poet tries to explain the nature of life that all of us must leave this world someday. Thus, he asks his lover to consider his leaving as a fake death and believe in the universal truth of impermanency of life by saying, “To use myself in jest, Thus by feign’d deaths to die”

Next, to justify his departure, he compares his journey to the journey of the sun, in the second stanza. He explains that if a non-living thing like the sun, which goes down on the previous day, can come back by the following day, he who is filled with her love and who has a real reason to come back, can definitely return to her as soon as possible. It is stated as, “But believe that I shall make, Speedier journeys, since I take, More wings and spurs than he.”

Then, the poet claims that crying and weeping of his lover eventually kill him and therefore, she should not sigh and weep for the sake of their love. It is mentioned as,

But sigh’st my soul away;

When thou weep’st, unkindly kind,

Finally, he urges her divining heart to avoid predicting any harm as he believes that her wishes always come true according to fate. It is expressed as,

“ Let not thy divining heart

Forethink me any ill;

Destiny may take thy part,

And may thy fears fulfill.”

He leaves his lover with the encouragement of those true lovers whose souls are spiritually connected can never be parted, even by death. Although the physical body is absent, the soul lives right next. He tries to put forward the idea, that is true love, distance is totally negligible.

When analyzing these techniques, it becomes obvious that Donne has become extremely effective in consoling his lover at departure. Also, he dwells on the transience of life and mankind’s suffering.

It is true that goodbye is the hardest thing to say to someone who means the world to you, especially when goodbye is not what you want. However, in some situations, we might need to part from our beloved to move on with life, maybe due to education, carrier, health problems, or family needs. In those events, even we feel that is unbearable to leave the ones we love so badly, we can strengthen our mind thinking that the departure does some good to the beloved and after all, if you can commit yourself in hope of seeing the happiness of another, that is true love.

Just imagine…. a butterfly lights beside us like a sunbeam, and for a brief moment its glory and beauty belong to our world: but then it flies again. And though we wish it could have stayed, we feel so lucky to have seen it. Alike, think about the departure of your beloved that how much we are fortunate to have had that person in our life. Also, it is good to remember that true love never leaves permanently as in one of the Irish poems says,

“Those we love don’t go away,

They walk beside us every day,

Unseen, unheard, but always near, 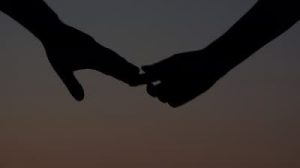