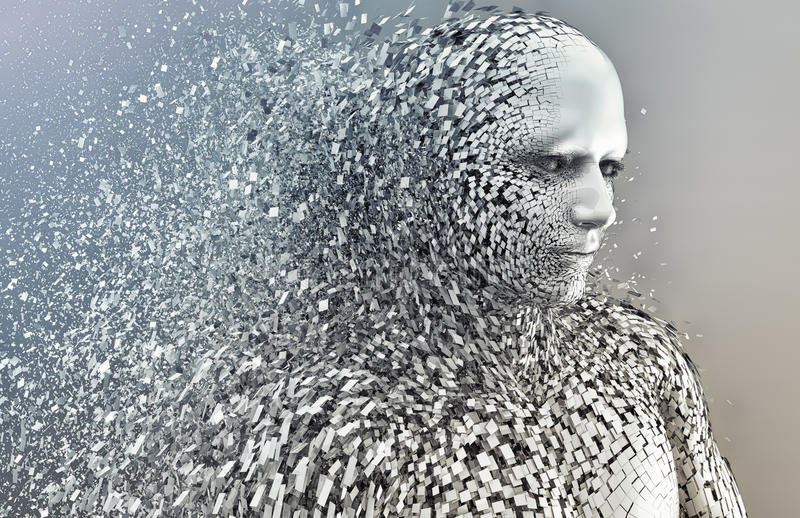 To whom it may concern,

This day, four years ago, was one of the happiest days of my life. It was the pinnacle of my career as a scientist. After millions of rejections, the Science Academy finally decided to accept my project proposal, but under one condition. Should the project head, in this case me, may appear to be emotionally overwhelmed at any point, the project will be completely taken over by the Science Academy themselves, and any involvement of the project head, whatsoever, would be denied thereafter. As peculiar as it sounded, it was a condition which I should have given a second thought about. After all, I did have a past for being ‘too sensitive’ for a scientist. My colleagues would even take the liberty to call me ‘too weak’. Were they right about that? I’d never know. We were never sensitive as a race, though I considered myself an exception, or scientifically saying, an anomaly. All I know is that, I’ve been suffering heavily from my conscience for the past four years, and I cannot take it anymore. I write this letter with a heavy heart, for I have decided that I will not see tomorrow’s sunrise, or ever again. This confession will hopefully ease the pain for one last time before I make myself close my eyes, forever.

From the very first day I understood things, I wanted to become a scientist. I was fascinated by how things worked, how planets orbited the sun, how rainbows occurred in the sky, how plants grew food, and whatnot. And then as I grew older, I was fascinated by how things behaved, how plants behaved, how animals behaved, how we behaved. So I knew exactly what I wanted to do with my life. I got into university, studied science, and became one of the handfuls of experts in behavioural ecology. And, while doing so, I developed a heavy obsession. I dreamt of having my own research site and simulating the most primitive life forms, in a natural, yet slightly different environment than ours. I dreamt of studying their behaviour in this divergence, a desire that I had been yearning to fulfil for years. Though it took an eternity for me to convince the Science Academy, four years ago, they finally gave me the green light.

I travelled everywhere to find a place that was adequate to carry out my research but to no avail. And just when I thought my project would never get off the blocks, I found it. I found a place, that I thought, had almost been tailor-made for me. Rocky, for most parts, and a few reservoirs here and there, with enough sunlight to sustain life, should ever there be one. The whole environment was different to what I was used to, but not much, just enough. After warily going through all the parameters, I took out the RNA samples I had prepared in my lab and carefully put them in the reservoirs, wishing for the best.  In hindsight, I should have never wished for the best.

The results were surprisingly fast. I could see glimpses of life, within weeks, in the form of tiny microorganisms. I collected some samples and took them to my lab, where my team spent hours and hours studying them, as thoroughly as possible, looking for anything that seemed interesting. And my gosh, everything about them was interesting. They had various adaptations to survive in that heat, some produced food by themselves, and almost all of them were extremely efficient in reproduction. All my life’s work, finally in place.

As we continued our research for a few months, we observed something unusual. Something odd. They were evolving fast. Very, very fast. We were totally perplexed, as the rate of evolution got quicker and quicker as time went on. Within years I witnessed much more advanced life forms, certain plants and animals of all sizes, that were not so much dissimilar from what I was used to seeing here. Therefore it had to be deduced that, the environment there was not only different, but also better suited for life than I had previously thought.

And then the unthinkable happened.

I still remember the very first day I saw them. It was a day about six months ago. I hadn’t gone to the site in a few weeks, neither had my colleagues and, given the rate the species were evolving there, I was expecting some surprises. I knew even a week was enough for something to happen. But what I saw, crazily enough, gave me more than just a surprise.

I was casually walking through a forest, with three other fellow scientists, observing, and studying everything I could see, when I saw an ape-like creature in the distance, looking directly at us. I first thought it was one of us, given how strangely similar he looked. He was upright, had dark brown skin and pitch-black eyes, his head was relatively large, and he looked quite strong. He too stared at us for a moment, as if he too was as surprised as we were, and then quickly vanished into the forest, leaving us utterly dumbfounded.

As we were heading back home in our spaceship, we tried to comprehend what we had just witnessed. We saw hundreds of ape-like creatures who had evolved from somewhere and colonized themselves on our research site. Though they didn’t look exactly like us, the resemblance was still very uncanny. It was a bizarre sight.

It did take some time to come to terms with the fact that, thirty-five million light-years away, on a rocky planet, there lived people who looked eerily similar to us. Their intelligence was far superior to that of other contemporary species, through which they gradually discovered fire, built primitive machines, and learnt to farm. And by the time we finally informed the Science Academy of our findings, they had started speaking a variety of languages, and had figured out science. They knew how planets orbited the sun, how plants grew food, how rainbows occurred in the sky and whatnot. They called themselves Homo sapiens, and the rocky planet they lived on, our research site, the ‘Earth’.  They had not yet figured out extensive space travel as we had, but we knew it was only a matter of time.

As we shifted our focus to studying their behaviour, we realized that they behaved just like we did, a few thousand years ago.  They were selfish, imprudent, and eternally greedy for power. And as they had now become the premiere species on the ‘Earth’, they decided that they had the right to do anything and everything to ensure their comfort, and ultimately, their survival. They started altering the nature for their benefit, expanding their habitats, while destroying other species’ ones. The alluring environment we once saw there, had started to get polluted, irreversibly. These newly evolved Homo sapiens were slowly destroying our research site.

From the very beginning, the Science Academy was uneasy about Homo sapiens’ existence. When they evolved into a higher intelligent species, they became irritated. And finally, when their actions threatened to destroy our site, the Science Academy was outraged. They summoned me and ordered me to cull them immediately, saying that the site must be protected to carry out further research. And when I refused, pointing out that we do not have enough data to execute such a process, they brushed me aside, tagging me as a ‘too sensitive’ person, a tag that I often got growing up.  I was always emotional, empathetic, sentimental and whatnot, whereas others weren’t. It was tough being a sensitive person when your whole race is known for being emotionless.

Things quickly escalated between me and them, and, yesterday, the Science Academy accused me of being ‘emotionally overwhelmed’ and deemed me unfit to carry out research. And as feared, they took over the project from me and went ahead with the task of culling the Homo sapiens.

They released a highly pathogenic virus that caused a severe respiratory illness in them, leading to the deaths of millions. It was capable of mutating at a high rate, thus their science was finding it hard to contain the disease. After all, they were still ages behind us in the timeline of evolution.

While I never understood as to where to draw the line in culling, I always thought that this was not about culling at all, but simply because they just didn’t like the idea of having a species who looked just like us, and who were capable of surpassing us one day. It was always the propaganda that they were under.

But I started this mess. I started this chaos, and there’s no going back, for that I am unable to forgive myself. As a scientist, now I realize that science acts as a master key that is able to open many doors, leading to many discoveries. But some doors are best unopened. And some discoveries are always the best undiscovered. As science on wrong hands is never a pleasant experience, and is never, ever going to end well.

As I see the faint glimpses of sunrise in the distance, it reminds me that it is time to go. It’s time to break free from this timeless prison of agony, though I will have to do it myself. For the inhabitants of the earth, for one last time, I am truly sorry. And for my own colleagues, I have a message. Please, let’s be sensitive. Let’s love everyone.  Let’s love always! Let’s love again!