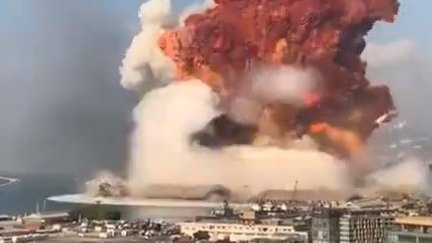 Tiny negligence could lead the whole world to devastation. The most recent example is the Beirut explosion which occurred on the 4th of August causing death for more than 100 people while injuring around 5000. Not only that, this explosion has left 300,000 people homeless.

Scientists and detectives have used the video footage circulating on the internet which shows the live footage of this devastating explosion to investigate the cause for this disaster. Investigations are still going on regarding this incident. So, here are some facts behind this smoky evening from a scientific perspective. 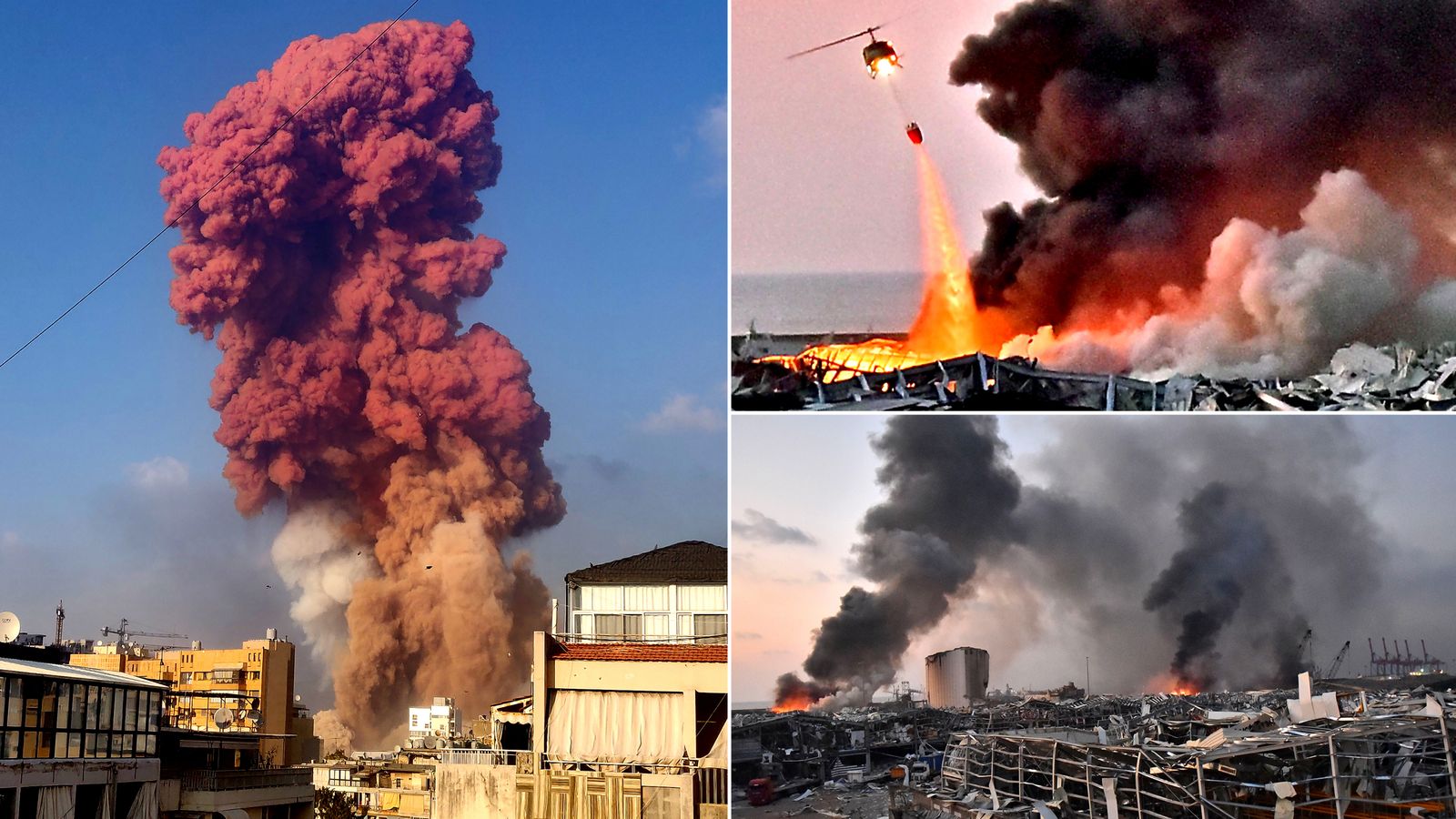 Most of the chemists including University College London chemist Andrea Sella suspected that the reddish-orange color gas emitting from the site of the explosion to be Nitrogen dioxide. According to the reports, several small explosions were there before the emergence of the huge plume of reddish-orange color smoke. These explosions might have led to a chain of chemical reactions which ultimately produced NO2 as a product. So, the question to be answered is what source acted as the reactants here. As the Lebanese officials mentioned, 2750 metric tons of Ammonium nitrate had been stored in a warehouse at the Beirut city port and caught fire.

The chemistry behind Ammonium nitrate 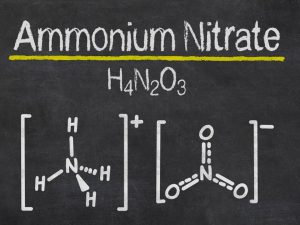 Ammonium nitrate (NH4NO3) is a water-soluble white crystalline solid frequently used in agriculture as a high Nitrogen fertilizer. Apart from that most of the countries use this compound as an industrial as well as military explosive. It has been used in terrorist attacks, such as the Oklahoma City bombing in 1995.

Surprisingly, under room temperature, it is an inert fertilizer and also a non-volatile stable molecule. But when sufficient energy is given, this molecule is no longer stable. The explosion of ammonium nitrate can happen in two ways.

1.The detonation of ammonium nitrate when it comes in contact with an explosive mixture.

2. The blast can happen due to the heat generated from the oxidation process caused by the fire started in ammonium nitrate storage.

In this incident, the energy needed for the NH4NO3 to undergo the reaction has been provided by the fire that occurred in the storage. The reason for the stable molecule to become unstable under these conditions is the presence of two Nitrogen species in two different oxidation states. Therefore, this molecule can undergo a redox reaction. Here, Nitrate ion acts as the oxidizer whereas the Ammonium ion acts as the reducing agent.

If the reaction undergoes complete combustion, only Nitrous oxide, water, and a small amount of Oxygen are produced as products. But sometimes this reaction can produce Nitrogen dioxide as a side product. Since all of these products are gaseous this can give rise to a sudden shock wave causing detonation. The rapid release of Oxygen leads to the ignition of the liquid fuel thus releasing more and more gas. So, it is obvious that the culprit to this epic explosion is Ammonium nitrate.

How is the condensation cloud over the building formed? 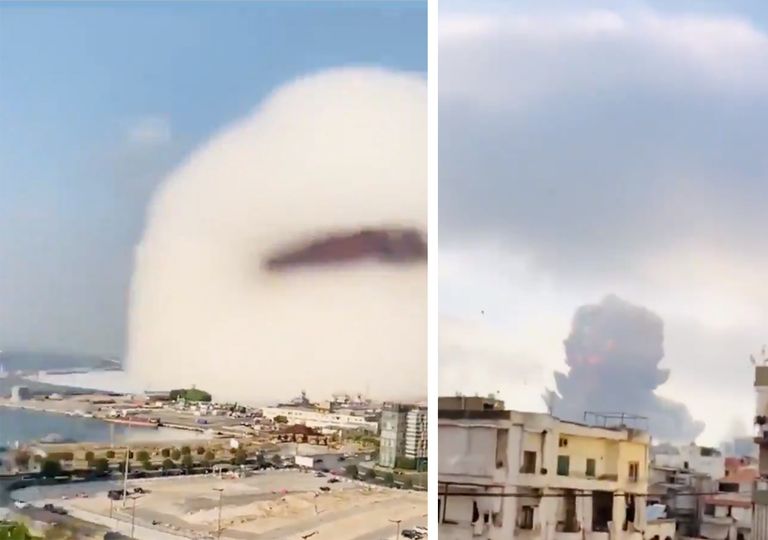 When the shock wave formed as a result of the Ammonium nitrate detonation, a low-pressure area was created at the site of the explosion. Thus, water vapor in the surrounding atmosphere gets condensed forming small droplets forming the massive condensation cloud above Beirut.

It has been noted that there were previous accidents occurred due to Ammonium nitrate detonations. In 2015 Ammonium nitrate stored in a warehouse in China’s northern city of Tianjin ignited causing a massive blast. Another most notorious event was the Toulouse accident in 2001.

From each of these chemical accidents, the respective authorities have a lesson to learn. Proper implementation of regulations on storing chemicals, especially, Ammonium nitrate should be taken into consideration. According to the US Occupational Safety and Health Administration, the warehouses storing Ammonium nitrate should possess adequate ventilation and fire protection. Apart from that, the warehouses for storing explosives should not be located in urban areas to ensure the protection of human lives.

According to the Lebanese authorities, this warehouse had been kept in the city for about six years under poor storage conditions without any preventive measures. If all the precautions that had to be taken were implemented properly, this massive disaster could have been stopped. Let’s hope that nothing like this will happen again in the future anywhere in the world, because human lives do matter than anything else that we thrive to have!