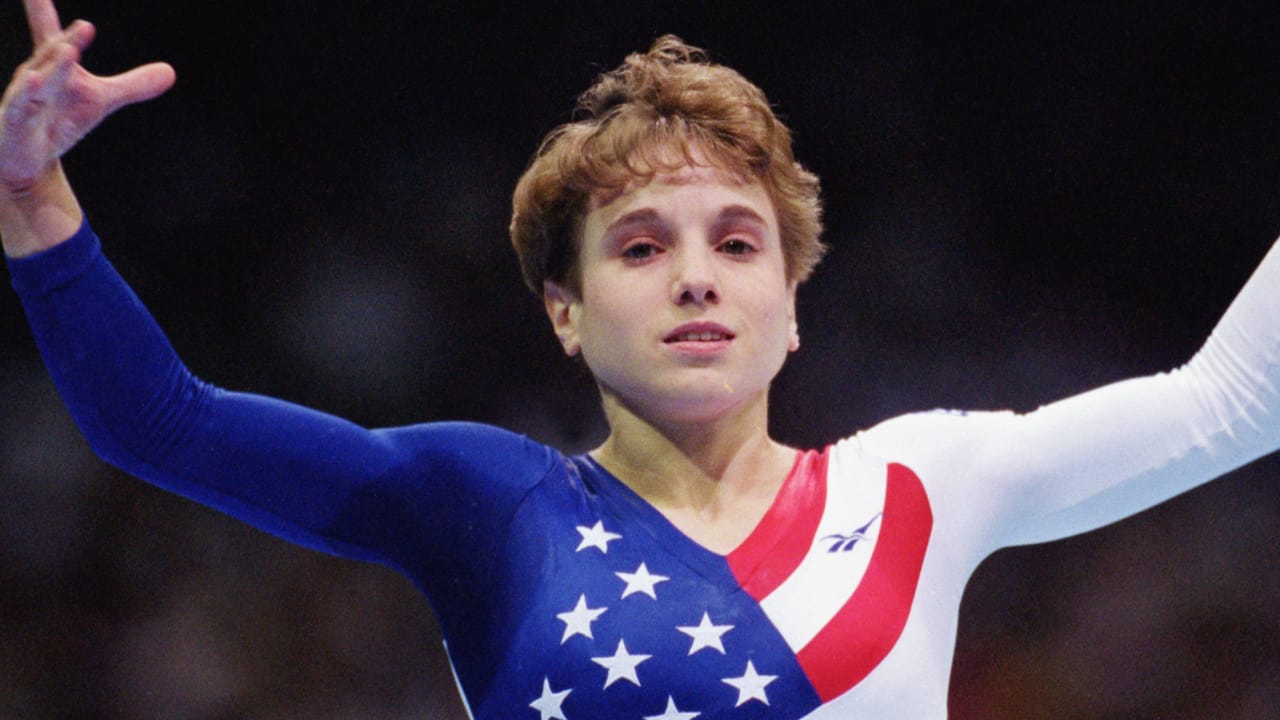 “You always dream of going to the Olympics and winning gold. I have learned over the years that there are lots of gold medals, but certain stories stick out and make a difference.”

Olympics is not all about winning medals, the effort given is what literary matters. Victory can be what most people expect, but what is crucial is that to never give up until the end. Olympics is not merely an event where victory is the most important thing, it’s a place where people get the best experiences in life,  gather lots of memorable and heart-touching moments. This story is not only a typical gold medal-winning story but is a story congested with inspiration and motivation, reminding us that effort and courage is what really matters.  Among all the athletes, this tribute is to one of the most talented and sedulous gymnasts ever born on earth. She is none other than the lion-hearted heroine, Kerri Strug, the young woman who showed that one single courageous thought is more than enough to change the whole world.

Kerri Allyson Strug was born on November 19, 1977, in Tucson, Arizona, USA. She began training in gymnastics at the age of three and started competing in gymnastics at the age of eight. Later, at the age of 14, she joined the United States National Team as the youngest member of the entire U.S. team. This was the most remarkable turning point in her life. During the Olympics which was held in Barcelona in 1992, she was talented enough to win a team bronze medal, but she was not proud enough of herself because individually she was not able to perform well. Nevertheless, she never gave up, and she pursued her training even more efficiently.  The strongest pillar behind her success was her coach, Bela Karolyi. Without him, she wouldn’t have been this successful.  Years later, she was lucky enough to participate in the 1996 Olympics as a member of the U. S. gymnastic team which was then known as the “Magnificent Seven”. It is mainly the achievements of her sister that had inspired her to become a successful gymnast. Even though Kerri joined gymnastics because of her enormous passion, her hard-working and determination were two of the most important reasons for her success.

This inspired story draws back to the 1996 Atlanta Olympics where the USA got qualified to compete in the finals with the Russian team, one of the most competing teams who had won the gold medal on 09 separate occasions. In Kerri Strug’s first vault in the finals, she wasn’t fortunate enough to land successfully, indeed she fell to the ground and her left ankle got injured. As a result, the attempt was awarded 9.162 points. Due to the injury, Strug was in severe pain, in a condition where she couldn’t make her second attempt. She in fact thought that she couldn’t succeed this time too. Nevertheless, the USA needed a score of 9.6 to gain the victory and she was the only one left to make the second attempt too.

Of course, she must have been nervous at that time, so were the spectators. But the moment when her coach said that she has to make her second attempt to get the required score, it must have been an earth-shattering moment for her. Even the spectators including her parents were so anxious at this time. Strug’s parents could not believe what they saw as the pain in her left ankle was visible in her face, however, Strug decided to take her second attempt showing the world what being fearless truly means. This was one of the bravest moments in Olympic history. She was confident and courageous enough to face this situation. In fact, she didn’t even agitate about her injury. Nothing mattered to her other than the tremendous opportunity that she got. In the middle of the cheering, this heroine valorously ambled to the stage. Performed her vault with a courageous mind, proving that nothing is impossible. Kerri landed on one foot, lifted her left foot, and saluted the judges. Her landing was so perfect, such that it was not discernible that she was in pain either. Then she collapsed on the mats, crying for help.   This was the moment when the USA score of 9.712 was announced, ensuring that they won their first gold medal as a team in women’s gymnastics.

Later Strug faced serious surgery and wasn’t healthy enough to win an individual gold medal, because of her vault injury. The most remarkable moment of this event was the moment when she decided to take her second attempt even with the injured ankle, remembering that it was for her mother nation and the whole team. This moment symbolizes what team spirit truly defines. Throughout her life, she had to face many obstacles, including several injuries. But she never gave up, she tried her best until the end. Her eternal motivation and endeavors proved that it’s worth trying always. This was one of the main secrets to her success. After the injury in the 1996 Olympics, she had to face serious surgery and later she wasn’t healthy enough to continue her journey in gymnastics. She didn’t give up at that point too, in fact, she started teaching students as an elementary school teacher. Later she also gave her contributions as an actress, writer, and motivator.

“My entire adolescence was geared towards one thing: gymnastics”

This quote stated by her in an interview emblematizes how passionate she was about gymnastics. This incessant passion of her made her persistent to face harsh obstacles in her life.

Her extravagant vault has still been spoken and will always be in the hearts of true Olympic fans. She later became a role model for young gymnasts and became an inspiration to many other athletes too. Throughout the years of her gymnastic career, she has achieved a lot more than gold medals. She has gained true experiences which have made her even more courageous. Her story is a true inspiration for all the people who are trying out their best, reminding them that perseverance is the essence of success.