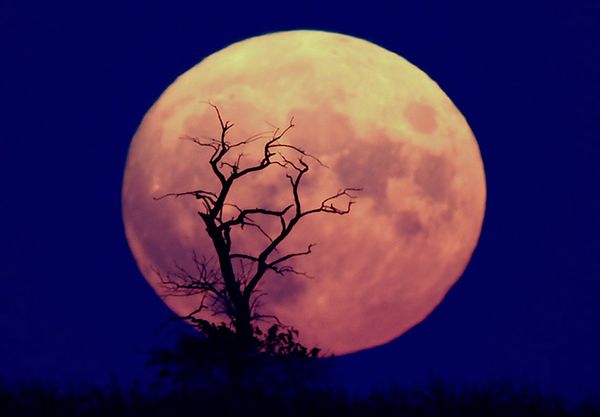 This massive discovery was published on the April 3rd issue of the journal ‘Nature’ where the scientists detailed their findings. This new study states with 99.9% accuracy that the Moon was formed 95 million years after the birth of the solar system, that is 4.5 billion years ago from present.

How did the Moon form?

According to this study, there was a massive collision between a Mars-sized object called Theia and the Earth, 4.5 billion years ago, a crash that could have largely melted the Earth forming debris that later aggregated to form the Moon.

This new discovery about the origin of the Moon now clearly explains why the Earth is identical in composition to the Moon, based on the presence of specific isotopes. However, researchers suspect that the chemical composition of Theia is different from that of Earth. Furthermore, it has been found that more than 40% of the Moon is composed of debris from Theia. “No one seriously disputed an impact as the most likely scenario for the formation of the Moon. However, a virtually atomically identical Moon and Earth threw the exact circumstances of the collision into question” stated Seth Jacobson, the study’s lead author and a planetary scientist at the Côte d’Azur Observatory in Nice, France.
Up until recently there have been various theories to explain the birth of the Moon. One such theory is called the ‘Fission theory’ proposed by George Howard Darwin, son of Charles Darwin, which suggests that the Moon was once part of the Earth, cast off by the rapid spin of its young parent. The proof behind this theory was the gigantic hole in the Pacific Ocean which might have been caused by a chunk of Earth been flung into space where it cooled into the Moon.Then comes the ‘Capture Theory’ which suggests that the Moon was a wayward object floating in our solar system and was pulled into orbit by our Earth’s gravitational force. But this failed to explain the identical composition of the Moon and the Earth.Yet another theory suggests that both the Moon and the Earth were created at the same time when two planets collided with each other throwing out small debris that formed the Moon, and then recollided to form a larger body, the Earth.

How did they make this dicovery?

There were many ideas on the date at which the Moon-forming impact took place. Some argued that it was about 30 million years ago after the birth of the solar system(the big bang), others propose that it might have occured 50 million years or even 100 million years after the big bang!
Jacobson and his colleagues took the initiative to help solve this mystery by simulating the solar system’s rocky planets, Mercury, Venus, Earth and Mars. They analysed how these planets formed and grew using more than 250 computer simulations. According to the amount of material accumulated on the Earth’s surface, they predicted that the Moon-forming impact occurred later in time, around 95 million years after the birth of the solar system.
So the Moon is a lot younger than we thought it was!
This discovery is a great breakthrough in the field of astronomy which brings us even more questions….how many more secrets of the universe are to be unveiled? How long will it be till we find the truth? The truth about the planet we live in? When will we be hit next? Will we survive the impact or will we be flung into space? We don’t know.