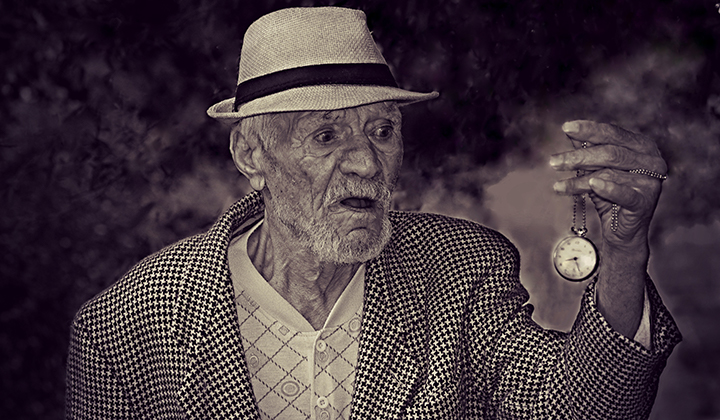 “Is it possible to travel through time?”

Physics has evolved over the years. From Aristotle through Galilee, physics evolved through constant experimentation, until Isaac Newton used mathematics to describe the laws of Physics. This gave birth to classical Physics, the branch of Physics which can be used to completely describe the behavior of a dynamic system, at any instant of time, if the forces acting on the system are specified with their initial conditions. The theories of classical physics reigned supreme until 1905, the year which saw a major revision to our understanding of nature. It was the year in which Albert Einstein postulated the special theory of relativity.

To understand ‘relativity’, the concept of ‘frame of reference’ must be understood. A frame of reference gives meaning to the state of motion of an object. In simple terms, you cannot accurately judge something until you have something to compare it with. For example, assume two people A and B, in a sports car. Person A sees person B sitting at rest next to him, and vice versa. However, to a person C standing on Earth, both A and B are seen to be moving with the same velocity as the car. Similarly, two people standing face to face on Earth see each other as stationary objects, whereas an observer in the International Space Station would see them moving at a very high velocity, as the Earth turns past him. From the above two postulates, the following theoretical derivation can be formulated:

Consider a train (representing the frame of reference S’)  moving with uniform velocity v relative to an observer standing on the ground (representing the frame of reference S). In frame S’, a light signal is sent from point B to point A, where a mirror is placed such that the light signal gets reflected back to point B. The two observers in S and S’ measure the time taken by the light signal to go from point B to point A and then reach point B again.

In frame S’, the time interval measured would be:

where “c” is the velocity of light. From Einstein’s second postulation, “c” is constant for both frames. Thus, the observer in frame S measures the time interval as: 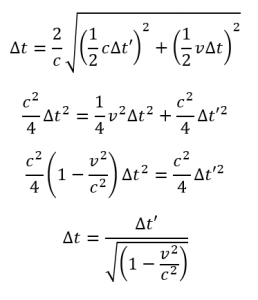 is always less than one, Δt is always greater than Δt’. Apparently, time travels slowly for the observer on the ground, when compared to the observer in the train. In physics, theories should always be backed up by experimental evidence. In 1971, two American scientists, Hafele & Keating, conducted tests to measure the effects of relativity on cesium clocks on airplanes. Atomic clocks are the most accurate of clocks known to man. It has been said that if an atomic clock, such as a cesium clock, was to be flown on an airplane, that clock should move at a different speed relative to those on Earth and that the slowdown could be attributable to special relativity, which predicts that the clock should move slower due to the speed of the airplanes. The planes flew in east and west directions along the equator, making a round-world trip to their starting point. The two scientists calculated that, due to the combined effects of special relativity, the different east/west travel times and different altitudes, the eastward should lose 40 ns and the westward should gain 275 ns. The measured results showed that the eastward lost 59 ns, while the atomic clock transported westward gained 273 ns, compared to the stationary laboratory clocks, experimentally proving the theory of special relativity.

However, this theory results in a paradox. Assume there are two twins, Tim and Jim, both aged 20. Suppose Tim gets on a spaceship and travels at v=0.8c to a nearby star Ross 986 A, which is situated at 20 light years away from earth. To Jim on earth, Tim seems to be living slower during his journey by a factor of

=0.6. According to Jim when 50 years have passed by, Tim is back from space after spending a period equal to 60% of the time spent by Jim. Therefore, Tim is now a man of 50 years while Jim is 70 years old. Conversely, from the point of view of Tim, he sees Jim on Earth moving at a velocity v=0.8c away from his spaceship. This results in him seeing himself become a man of 70 years while Jim has only spent 50 years on Earth. Tim’s observation is the exact opposite of the observation made by Jim. This scenario is called the Twin Paradox.

The paradox can be easily resolved. Tim moved from one frame of reference to another, while Jim stayed in a single frame of reference. Thus, only Jim can use the time dilation formula. Hence, his observations are deemed correct. Further the resolution of this paradox proves that we can theoretically travel through time, as Tim sees the Earth 20 years into the future. Wouldn’t it be wonderful if we could practically travel time?