Pongal is essentially a harvest festival; the Tamil equivalent of thanksgiving in the agriculture-based civilizations where harvest plays a vital role. A farmer cultivates his land with the aid of cattle, the sun and the rain. Once a year during the harvest festival, he expresses his gratitude to mother nature and her elements on which they depend for a bountiful harvest. The festival is a celebration of the sun, the rain, water, soil as well as cattle.

According to belief, Thai Pongal dates back at least 2000 years and is woven with various legends. The most famous one is that Lord Shiva exiled his bull, Basava and was expected to plough the fields and help people produce more food aiding them in agriculture which happened after a significant error made by Basava that enraged Lord Shiva.

Thai Pongal is celebrated by Hindus worldwide and involves the worship of Hindu gods and temples even though the festival is considered secular in a way as well. The festival follows the Tamil-Hindu calendar which is an astrological calendar that follows the path of the Sun and the Moon and corresponds to a pan- Indian solar festival, Makara Sankranti. The wet month of Margazhi (mid-December – mid-January) ends marking the dawn of the new Tamil month of Thai which heralds a series of festivals and “Pongal” is celebrated on the first day of the month and continues for three days.

Thai Pongal begins with Bhogi Pongal which is on the last day of the month of Margazhi. On this day, old belongings are replaced with new ones and old things are consigned to flames. Houses are cleaned and decorated and new clothes are worn. The deity of the Bhogi Pongal day is Lord Indra, the Hindu god of rain.

The second day of the festival, which is also the first day of the new month Thai is devoted to the Lord Sun and is celebrated as the “Thai Pongal day” in urban society. It is also known as Surya Pongal.

Mattu Pongal is regarded as the third day of the festival and is considered to be the cow’s day. Cows are worshipped after adorning with multi-coloured bells, flowers and jingling bells.

Kaanum or Knau Pongal is the last day of Pongal. The rituals of the day start by having a bath in the morning. Sugarcane and milk rice is offered and worshipped. On this day all the women of the house gather and pray for their family’s prosperity.

The word “Pongal” is a word from Tamil literature that means “to boil”. The Thai Pongal festival is celebrated by boiling the season’s first rice. This preparation of Pongal/Pongal dish is one of the most significant practices and a highlight of the festival as Pongal dish is the main sweetmeat of “Thai Pongal”. Pongal dish is made with milk, jaggery, plums and other spices and traditionally made in earthenware pots over a wooden fire. This Pongal Dish is also known as Sakkarai Pongal and is the key Pongal dish type out of a few types. 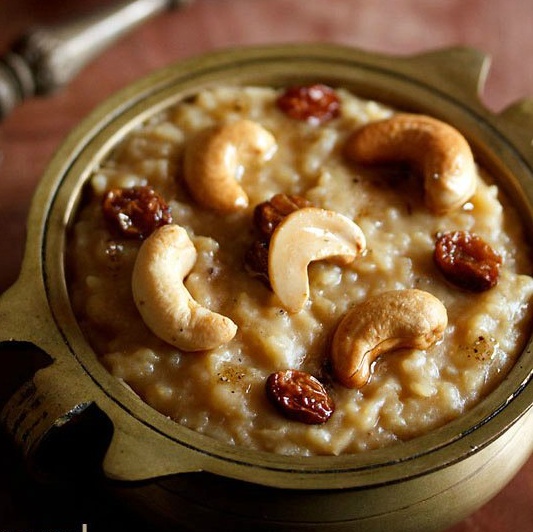 The Kolam is another important aspect of Thai Pongal and is also referred to as rangoli. These are colourful traditional drawings made on the ground at the entrance to the homes usually in the morning of Thai Pongal Day. Nowadays grated coconut is coloured with vibrant colours and is used for drawing kolam even though rice flour was used originally. More than being decorative, it was performed as an offering to the ants and other small insects. 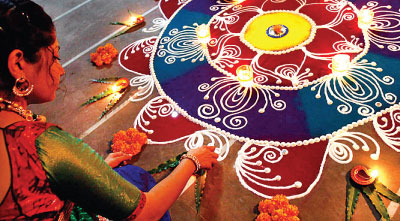 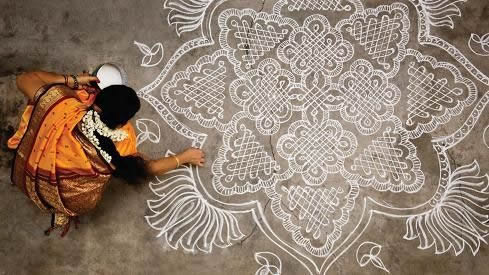 Although Thai Pongal is a harvest festival, it’s of significance to all the Tamil people as it’s linked with the beginning of the Tamil month of Thai and is regarded as the harbinger of good luck. To make the best use of Thai Pongal day, new things are done as there’s a saying “The way forward will open”. Thai Pongal is considered highly auspicious and is referred to as the Uttarayan Punyakalam, which in Hindu mythology has a special significance.