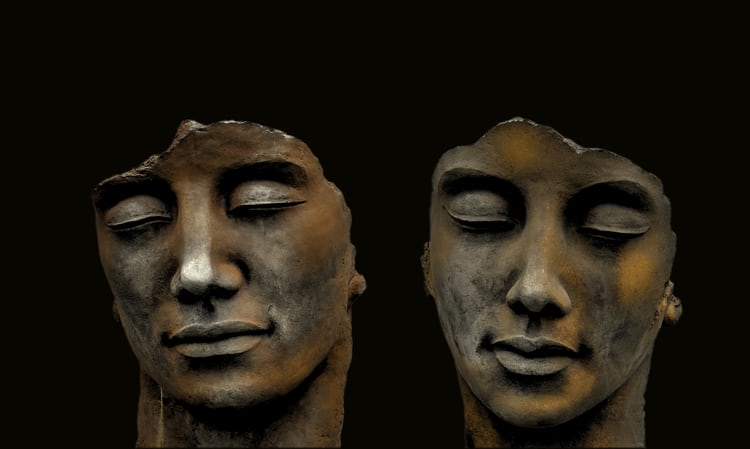 Think about the last time you fell in love. Yeah, I know, some of us wouldn’t want to take the trip down that memory lane. Nevertheless, you probably experienced the general warm-fuzzy feeling that accompanies when you feel attracted to someone. And before you know it, you find yourself asking that age-old question that poets, philosophers, singers, and even scientists ask: “What is love?”

To understand love, we need to understand the attraction. In most cases, the journey to love begins with physical attraction – one that is based on our sensual experiences.

Out of these, our visual attraction most often takes precedence, with physical beauty making the top ten on the list of desirable traits around the world. Therefore, in our quest to understand love, we also need to understand – yes you guessed right! – what makes someone beautiful.

As much as we would like to believe that beauty lies solely in the eye of the beholder, the view (sorry to burst your bubble) doesn’t hold true.

Looks matter. A lot. Not something most of us would like to hear, but sadly that’s the bitter truth. Beauty isn’t entirely subjective; there are universally accepted characteristics that make someone beautiful, which remain consistent across cultures and periods.

Symmetry is one such characteristic – one that has been studied extensively and has a strong influence on how we decide whether someone is attractive. The balanced proportions of the face and body hold many cues about an individual’s overall health and fitness. Symmetry indicates the absence of genetic defects, parasitic infections, exposure to pollutants, and malnutrition. Since nature favors the fittest, individuals displaying greater symmetry have a greater chance of reproducing and passing on their genes to the next generation.

The symmetry of the human form was appreciated since antiquity. Many medieval scholars believed in the golden ratio, a division in which the smaller segment to the larger one is equal to the ratio of the larger segment to the whole – which is equal to 1:1.618. This ratio is seen throughout nature – from flowers to nautilus shells – and is termed the ‘divine proportion’. Leonardo Da Vinci’s Vitruvian Man is one of the most popular illustrations, that depicts the ideal symmetry and proportions of the human form.

Human judgment is heavily influenced by what is known as the familiarity bias – an attraction to what we are accustomed to. This bias also extends to our judgments of beauty.

Multiple studies prove that average faces tend to be more attractive. Part of the appeal of such faces is due to their familiarity which demands less cognitive processing to identify and interpret. Generally, we tend to find average-looking faces attractive. There are multiple reasons for this. One being that average faces are symmetrical – which is, as we know, are attractive.

Another is the assumption that average faces present peak genetic fitness – molded into shape by natural selection. This is proven by computer-generated composite images of different faces. The resulting composites are generally more attractive than the individual faces used to create them.

But a pretty face isn’t the only thing that makes you attractive. Beauty is also determined by your figure and is decided by what is known as the waist-to-hip ratio. Throughout history, the most desirable value for that ratio has been a tubular 0.9 for men and the curvy 0.7 for women.

Men and women value beauty differently. Irrespective of sexual orientation, cross-cultural research suggests that men value beauty more than women do when it comes to selecting a romantic partner. On a scale of 0 to 3 (with 0 being irrelevant and 3 being indispensable) men rate the importance of beauty at a significant 1.86 while women gave a rating of 1.47. This significant difference provides the reason why women tend to obsess over their looks more than men; their desirability as a romantic partner depends heavily on their looks.

“What is beautiful is good”

Getting to know people is hard work. Whether it be a love interest, a new work colleague, or a friend in school, it takes a tremendous amount of time, energy, and brainpower – resources that are too precious and scarce to be wasted on every single person we would meet. Despite these barriers, understanding and making judgments about other people is crucial to our survival as a social species. So how do our brains bypass the complex mental gymnastics needed to accurately judge another person?

Yes, I know you’ve heard it before; you probably already know that stereotyping people is second nature to all of us. Out of the vast array of stereotypes, one that we absolutely love to use is what scientists call the “beautiful is good” stereotype. This stereotype plays an important role in how we perceive attractive people and goes a long way in how we shape our attitudes and behaviors when interacting with attractive people.

Many studies suggest that we tend to confer more positive attributes to beautiful people than to those who are not. Many people tend to describe attractive people as being more kind, loyal, sociable, and intelligent. Pop culture makes this very apparent by the way characters in movies are often depicted. In movies, the “good guys” are often attractive while the “bad guys” are not. In short, beautiful people are perceived to be good.

Beauty across the ages

Like most things, our standards of beauty similarly evolve through time. While certain aspects of the human form remain universally attractive, not all do. The standards of beauty for men were somewhat more diverse than those for women. What makes a man attractive is his dominance; and that includes his physical strength, his wealth and resources, and his status in society.

The ancient Greeks emphasized the structure of the male physique and Adonis-like musculature in their art. The beauty ideals were tall, lean, and muscular mostly similar to the standard of beauty for men today.

Medieval and Renaissance art highlighted the wealth and class of powerful men. Although the men depicted in the art may not check all the boxes of the standards of male beauty, their display of wealth and flamboyance increased their apparent attractiveness.

For men, beauty is powerful; power is beautiful.

Women’s beauty ideals, however, have changed considerably through time. In Ancient Egypt, cosmetics and jewelry were extensively used by women for the beautification of their bodies. Renaissance art, such as the Mona Lisa, depicted mostly ample-bodied women. In the medieval age, where food was not as abundant as it is today, being ample-bodied indicated nourishment and good health – which indirectly signaled fertility. Fast forward to today, a slim figure is considered more attractive and is associated with wealth and class.

Beauty – for most of human history – has been a woman’s most valuable asset.

Beauty is a blessing.

As mentioned earlier, attractive people are associated with many positive characteristics. This gives them an advantage in almost every sphere of their lives, from their education to their employment. Studies show that teachers rate good-looking students to be more intelligent. Attractive individuals also earn significantly higher salaries and have a higher chance of getting employed. They also have a greater probability of persuading others about their opinions. Attractive people are also bestowed with higher standing in social groups and therefore greater authority.

All good things come with a price. Despite its blessing, the beautiful with a cornucopia of privileges, beauty has a few negatives too. Very attractive people are sometimes considered to be unfaithful. Attractive women are thought to make bad mothers, are frequently put down by other women, and are more likely to be sexually harassed.

Attractive children who are in need receive less sympathy and support than relatively unattractive children. Furthermore, people attribute the success of attractive people to luck and looks rather than their talent and hard work.

“We have to understand beauty, or we will always be enslaved by it.”

~ Nancy Etcoff, Survival of the Prettiest: The Science of Beauty

Our conflation of beauty and worth has created divisions among human races and ethnicities for centuries. Western men and women were considered more advanced and owing to the greater symmetry seen in their faces deemed superior. This perceived superiority became the justification for the oppression of non-Western cultures and peoples.

Throughout history, the countries and cultures that conquered others established their standards of beauty as the ideal. In many parts of the world, these beauty ideals are rather Euro-centric and now garner disapproval for the lack of inclusivity.

With social media and its filters to the endless zoom meetings, we look at ourselves now more than ever. In doing so we are putting our faces and appearances under the microscopes – focusing on our every minute and possibly insignificant flaws. This has significantly raised the bars of beauty standards to unrealistic levels.

These toxic standards with which we have learned to associate our inherent worth with has been criticized by many mental health care professionals due to the heavy toll it takes on a person’s psychological well-being. Our cultural obsession with vanity has steadily but surely increased the rates of eating disorders such as anorexia nervosa and bulimia – especially among teenagers and young adults.

To deconstruct these toxic beauty standards, movements such as the body-positivity movement have emerged – aiming to help people develop self-love for their bodies and to celebrate the diversity of the human form.

By understanding beauty, we acknowledge how beauty shapes our lives and, by extension, our societies. Beauty isn’t inherently evil; neither is it inherently good.

Beauty matters – but there are other things in life that matter more. It is, after all, only skin deep.