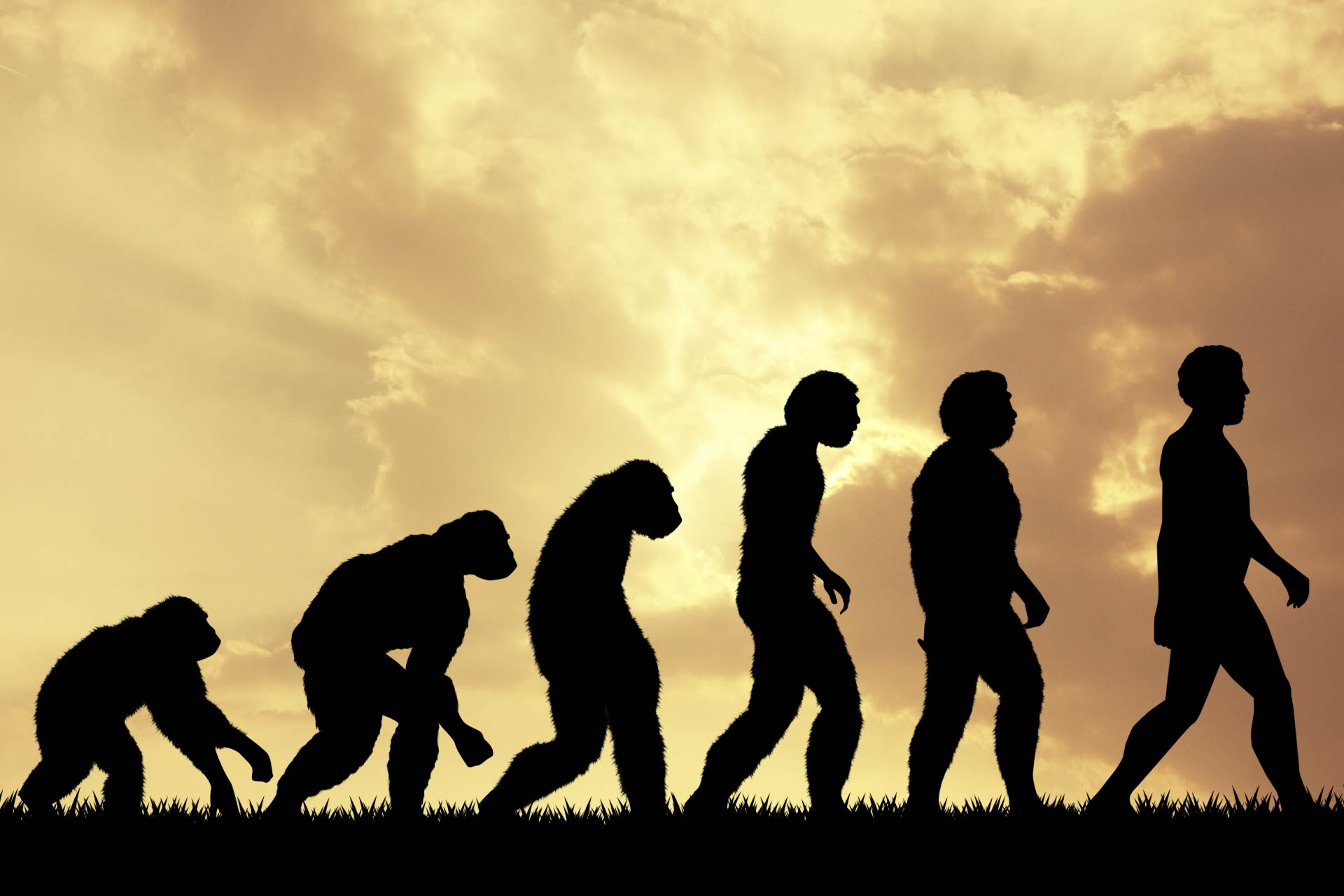 The theory of evolution is one of the simplest yet most important findings in human civilization. We have learned about how man evolved from chimpanzees over time since we were kids. At that time, we had no idea how humans came from a chimpanzee. You still might have doubts about that. You might wonder how in the world we came from a fish, and how earthworms are our ancestors or won’t believe in evolution at all. If you look through the following paragraphs you will be able to clear some of your doubts about the evolution of organisms over time.

The theory of evolution states that organisms have progressively changed from their original design to a more complex and fitting design to their environment as the environment changes. Evolution isn’t a directional or a predictable concept. The limiting factor at a particular time controls the evolution of organisms through that time. In simple terms, evolution doesn’t form a strong and invincible organism, it forms a well-adopted organism to its environment which might be vulnerable in another environment.

The first and foremost retrodiction regarding evolution is the fossil evidence. The fossils excavated from early earth strata form a very clear lineage of the descent of organisms through time. In the time when Charles Darwin first presented his theory on evolution, there weren’t many fossil records and one of the greatest challenges he faced was to addressing the missing links between species in the fossil records. In the present time, those challenges have been resolved by new discoveries. These discoveries not only include the discovery of new fossils but also new knowledge on genetics which forms the basis for evolution. The missing links and jumps between fossil records have been resolved thanks to new knowledge on the exchange of genetic materials. Earlier it has been believed that there is a fine and gradual evolution of species from one to another but with the light of new knowledge, we now know that sudden jumps have occurred in the evolutionary timeline.

The second retrodiction is the presence of vestigial organs and genes in organisms. Vestigial organs are reduced organs with no observable function on the organism. The greatest example is the vestigial hind limbs of grey whales. In the skeletons of grey whales, vestigial remnants of hind limbs can be clearly observed which has no function for the whale. If evolution hadn’t happened and whales appear as themselves there won’t be remnant of hindlimbs in their skeleton which indicates their descent from a terrestrial tetrapod. An example of a vestigial gene is the vitamin C gene in humans. Humans possess a non-functional vitamin C gene in their genome which is functional in other primates. Even though it is not functional due to mutations that happened, its presence similar to other primates indicates the descent of humans and primates from a common ancestor.

The third retrodiction is Biogeography. The absence of native mammals, reptiles, and freshwater fish on most oceanic islands distant from main continent landmasses and the presence of native birds and insects on them also support the process of evolution. If evolution hadn’t happened there should be equal species populations. An experiment done on Hawaii Island by introducing mongoose to the island has shown that mammals are very much capable of surviving on the island but the lack of mammals is due to biogeography. Birds and insects like animals have been flown from the mainland and habituated the islands. Over time only the well-adapted species for the new island environment have survived producing a different species from the original species indicating the evolution of species so that the fittest remains.

The fourth and final retrodiction that is going to be mentioned here is the inefficient design. To elaborate, in some organisms their body organs have some features that make their functioning inefficient. For example, the loop of the laryngeal nerve around the aorta in vertebrates functions efficiently in ancestral fish-like forms but very inefficiently in humans and especially giraffes. This shows that evolution has worked with materials available and hadn’t necessarily produced perfect versions of organisms. If organisms have been appeared or made as they are, then it is assumed that they function very efficiently but with the inefficient design, we can see that they aren’t. 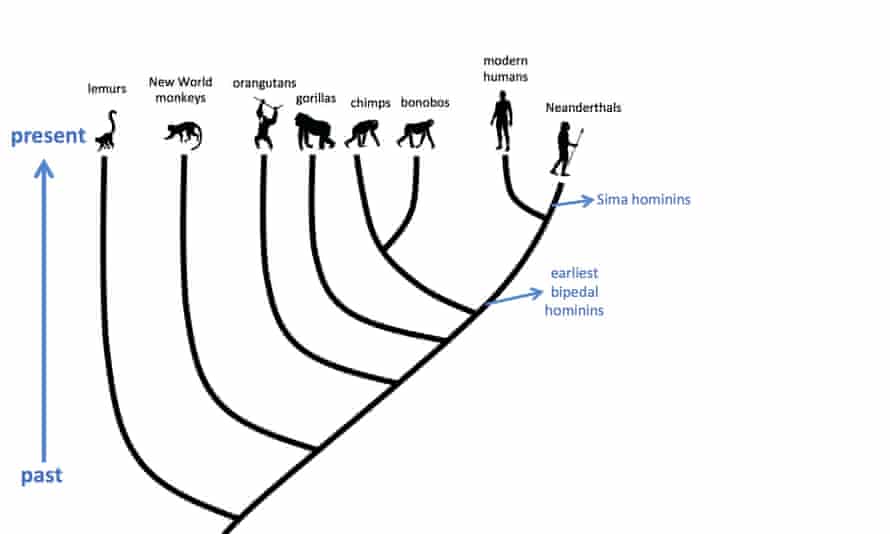 Another common misconception ruling the theory of evolution is that organisms develop adaptions in order to rise from the competitions leading to evolution. This simply isn’t true. In theory, evolution, in this case, governed by the mechanism of natural selection, select already existing variations among species and they survive to produce a new generation passing their characters.

The biggest question that arises when studying evolution by the surface is why there aren’t any between-versions of ancestral apes and humans still don’t exist today and why aren’t the chimpanzees not evolving into humans as we speak. This is a problem that arises from the greatest misunderstanding about evolution. According to the theory of evolution humans never arose from chimpanzees. Both chimpanzees and humans arose from a common ancestor who was living a few million years ago. So, there is no evolution happening from chimps to humans in today’s world. To answer why there aren’t in-between versions is that the present world is very stable in terms of evolutionary timeline and the species living today are very well suited to their environment. Therefore, no observable evolution happening in the world to host in-between versions of species. Also, since evolution is not a directional or a predictable process even if the common ancestor was alive today there is no saying that he would evolve again into chimpanzees and humans over time.

Evolution is a well-understood process in the modern world. However, it is not with its challenges and loopholes. It is our job to properly learn and dispose of all the crazy conspiracies surrounding the theory of evolution and properly understand the circle of life.