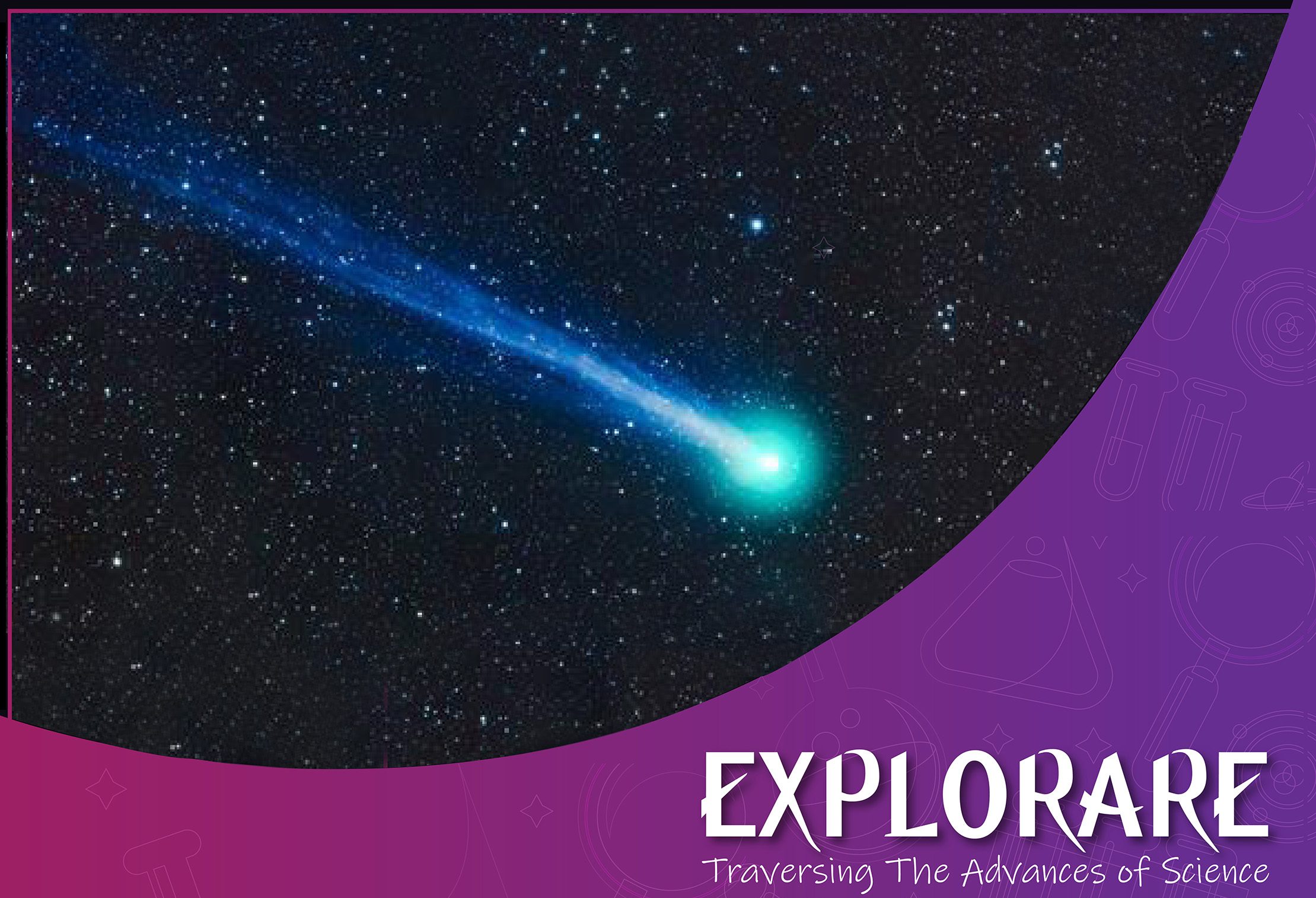 Comet BB is the largest comet nucleus ever seen.

A comet is a fragile, irregular-shaped body composed of volatile grains and frozen gases, typically a dirty snowball. Comets have highly elliptical orbits that bring them very close to the sun, and when they warm, they begin to release gases, a process called outgassing. This produces a visible atmosphere, which we simply call the tail. The source of the tail is the nucleus, which is normally a few miles across so that it would fit inside a small town.

Recently, the Hubble Space Telescope found a giant. This giant, namely Comet C/2014 UN271 (Bernardinelli- Bernstein; nicknamed BB), is approximately 80 miles across the diameter and 50 times larger than typical comets. The comet’s mass is estimated to be 500 trillion tons, a hundred thousand times greater than the mass of a typical comet. It was first accidentally observed in 2010 by astronomers Pedro Bernardinelli and Gary Bernstein in the images from the Dark Energy Survey at the Cerro Tololo Inter-American Observatory in Chile when it was a whopping 3 billion miles away from the sun, which means it was nearly staying with Neptune. It was first imaged in October 2014 when it was around 4 billion miles away from the Sun, and since then, astronomers have consistently studied this comet with the ground and space-based telescopes. To estimate the diameter of the nucleus, they needed the help of Hubble, and Hubble made this discovery in 2022.

This gigantic comet, C/2014 UN271, is coming towards the Earth at 22,000 miles per hour from the edge of the solar system, but it will never get closer than 1 billion miles away from the sun. The comet will reach its perihelion in January 2031. It will never be able to be seen with the naked eye because it won’t enter the inner solar system.

Mr. Davis Jewitt, a professor of planetary science and astronomy at the University of California, Los Angeles, said, “This comet is literally the tip of the iceberg for many thousands of comets that are too faint to see in the more distant parts of the solar system. We’ve always suspected this comet had to be big because it is so bright at such a large distance. Now we can confirm it is.”

The astronomers guessed that this comet was fairly big, but they didn’t know how to measure it as it is so far away, plus you can’t observe this gigantic comet with your naked eyes. The biggest challenge was how to distinguish the solid nucleus from the dusty coma. As it was so far away from Hubble, it was hard to distinguish it. This is when Hubble found a bright spike of light at the nucleus’s location. The astronomers developed a computer model of the coma to fit the Hubble images. Then they subtracted the glow of the coma so that it would leave behind the nucleus. Then they used the brightness of the nucleus to determine the diameter.

This discovery about the comet C/2014 UN271 gives us a clue about the size distribution of the comets in the Oort cloud. The mass estimation for the Oort cloud is as high as twenty times Earth’s mass.