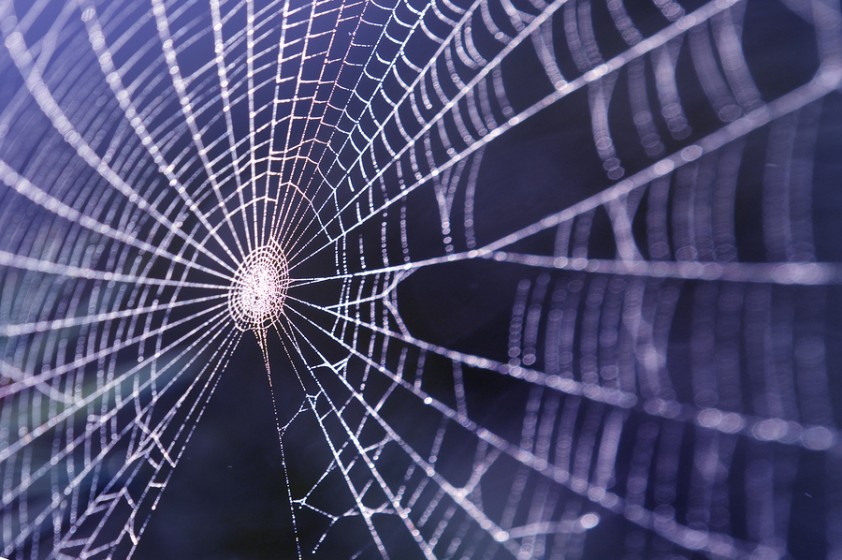 Did you know that spider webs serve another purpose, other than being the home for the spiders we see every now and then? Latest research has now discovered, that the spider webs which are considered to be one of the most delicate and architecturally rich homes of the animal kingdom, have an amazing ability to stop bleeding of cuts and heal them super-fast. This small tip comes in handy specially if you are outdoors, preferably in the woods and is in need of immediate attention to a cut.

Spider webs are composed of spider silk whose fundamental building unit is proteins. Spider silk is secreted in the form of a liquid from the glands called spinnerets in the spider’s abdomen.  It gets hardened due to a structural change in the protein during the process of secretion. Spider silk is considered to be incredibly strong, sturdier than a thread of steal with the equal thickness. However, spider webs are extremely elastic and flexible, thus can be stretched in to incredible lengths before they break or lose shape. Spider webs have this amazing ability to heal wounds mainly due to two reasons. First reason is it’s richness in Vitamin K which is a fundamental factor needed in blood clotting to stop bleeding. Second reason is its natural antiseptic and antifungal properties that keep the wound clean and free of infections.

Making up of your own spider web bandage is an easy task. However, when selecting a spider web, few precautions have to be taken. The selected web should be freshly spun and free of other debris like dead insect bodies and bird droppings, so that the risk of infection is minimized.  Special care must be taken to determine that the selected web doesn’t belong to a poisonous spider group. To make up a bandage, first of all ball up the spider web and stuff it on the wound so that all the edges of the wound are covered by the web. The web has to directly touch the surface of the wound to enhance the healing effect. Then cover the wound with a clean piece of cloth to secure the web on the wound and also to protect it against infections. The spider web bandage can be removed within two to three days, by when its amazing healing effect is clearly visible. If the web has hardened on the wound surface and is hard to remove, wash it with hot water so that the web loosens and can be removed easily.

This amazing discovery regarding spider webs is now being tested to be applied in modern medicine as well. Thus bandages are now being created using the spider web material woven into the pad to speed up the process of healing and to prevent scarring. The beads of the spider web act as a suturing material and thus spider webs are being tested for the use in regeneration of damaged ligaments. Spider silk is also being tested to be used in the field of transplanting as it triggers little, if any, immune responses that cause rejection of medical implants, since the silk is biocompatible and biodegradable. The web of the spider, Golden Orb Silk Weaver, is being researched to be used in regeneration of neurons in mammalian retina. Spider silk is also being researched to be used in grafting severed neurons in large mammals.

These latest discoveries regarding the spider webs give out a clear indication of its potential uses and importance in the field of medicine. Who would have thought that this fine and delicate structure of Mother Nature would be this useful?